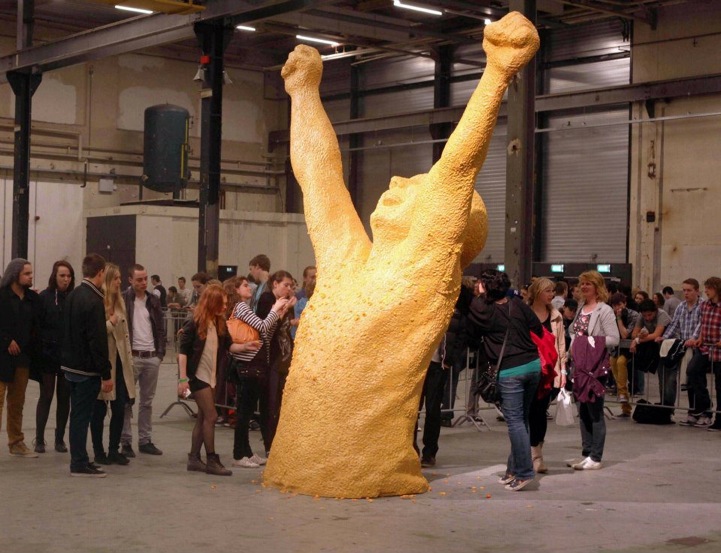 We've seen sculptures made of unconventional products like vegetables and even lobster shells, but a giant figure made of chewing gum AFTER the gum has been chewed stands in a league of its own. Approximately 3,000 students from two vocational art universities in the Netherlands joined together to create this enormous model of a man joyously raising his fists in victory as part of a campaign developed by international communications agency KesselsKramer. It's an interesting, albeit gross, project that required the scholars to gnaw at a piece of gum and then stick it atop the remnants of their fellow classmates' piece as a sign of unity. If that isn't unity and teamwork, I don't know what is. 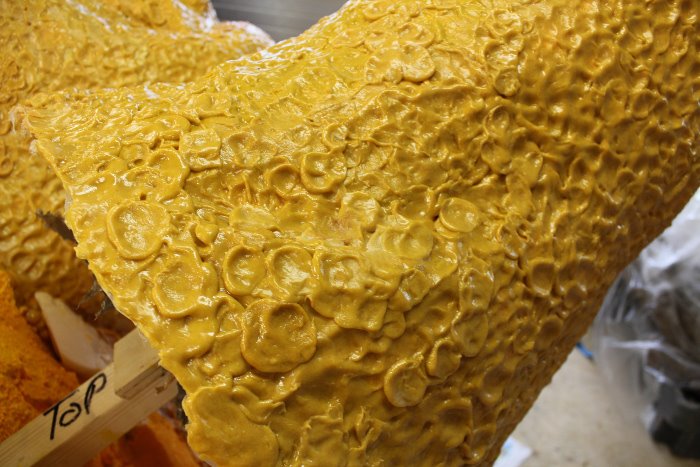 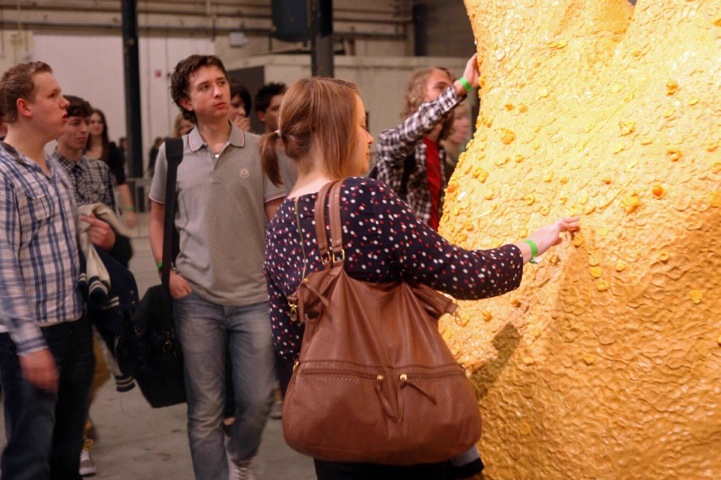 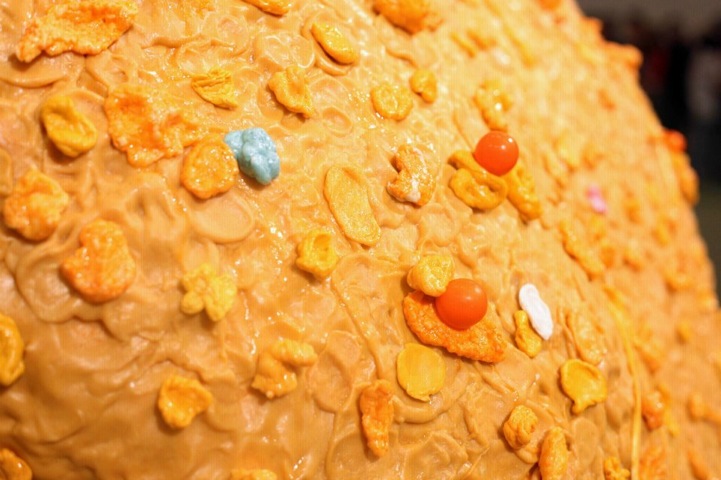