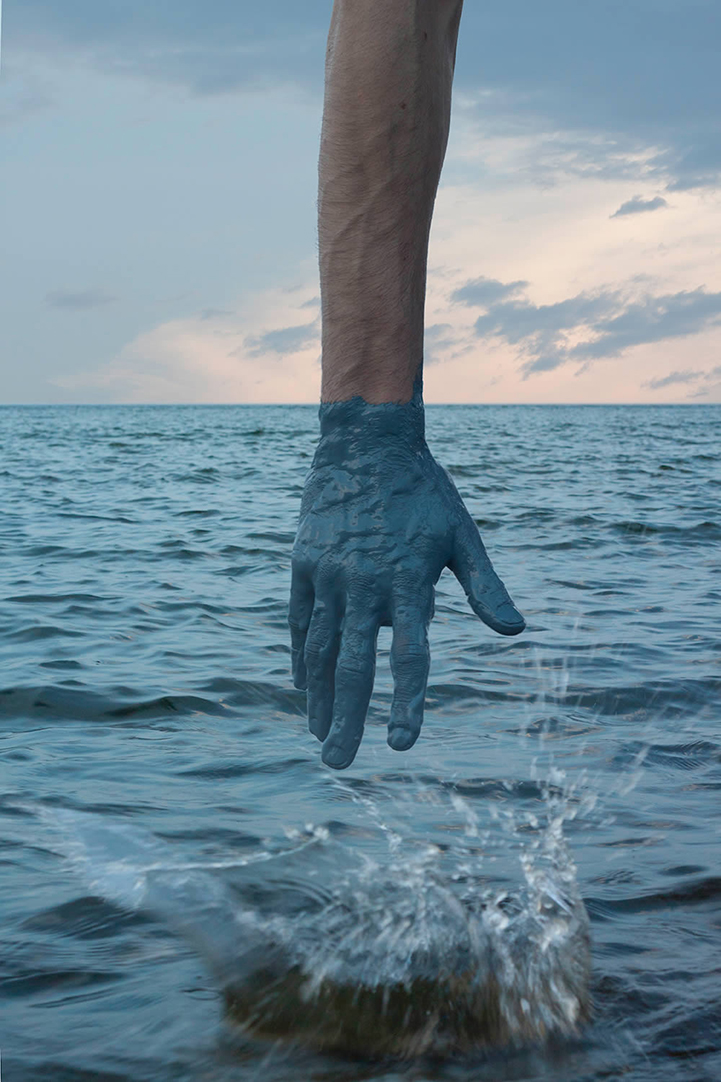 Artist Kevin Corrado plays with all kinds of perspectives in this visually intriguing series titled Transfer. In each scene, a single arm, attached to nothing, hangs mysteriously down from the sky. The entire hand, covered with dripping paint to match the surrounding landscape, blends together with the scene in a dramatic combination of real and surreal.

Corrado digitally composes the images to create the unusual moments suspended high above the world. One piece, Transfer White, is actually a blend of half photograph and half painting. The artist strives to create neutral places that are indistinct, stating that “it's more fun for a viewer to connect with a general idea of a location, such as nature, rather than a specific location somewhere.”

As we have seen in No Name by photographer Wilma Hurskainen and Bodyscapes by Jean-Paul Bourdier, color matching is an incredibly creative way to complement the surrounding world with human forms. 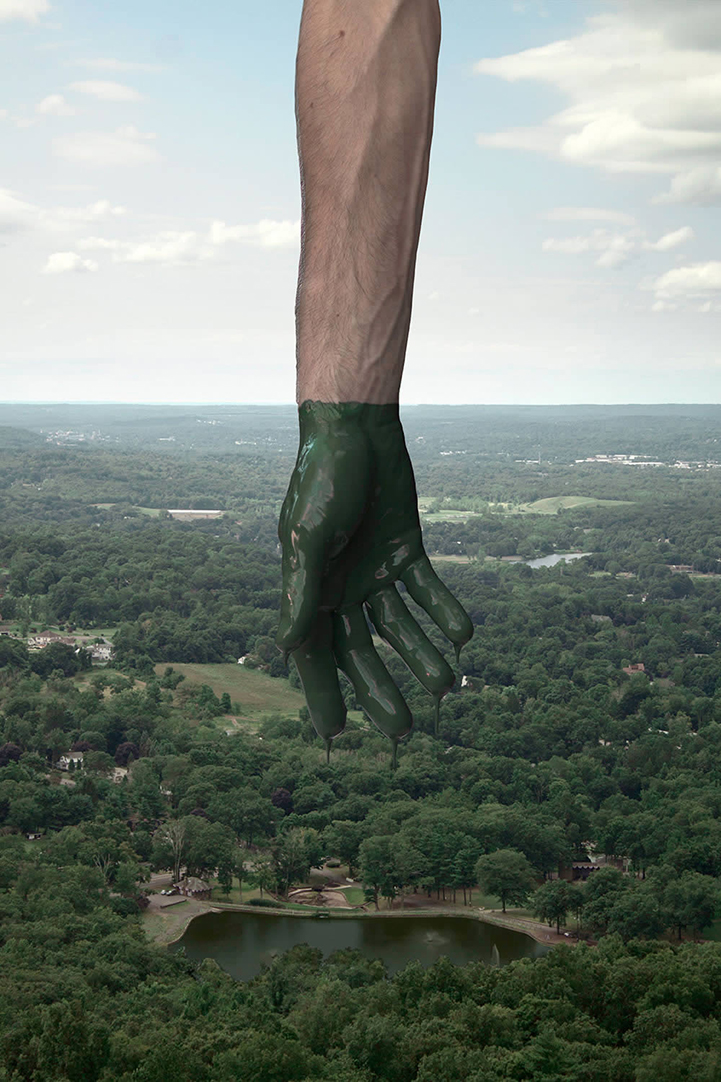 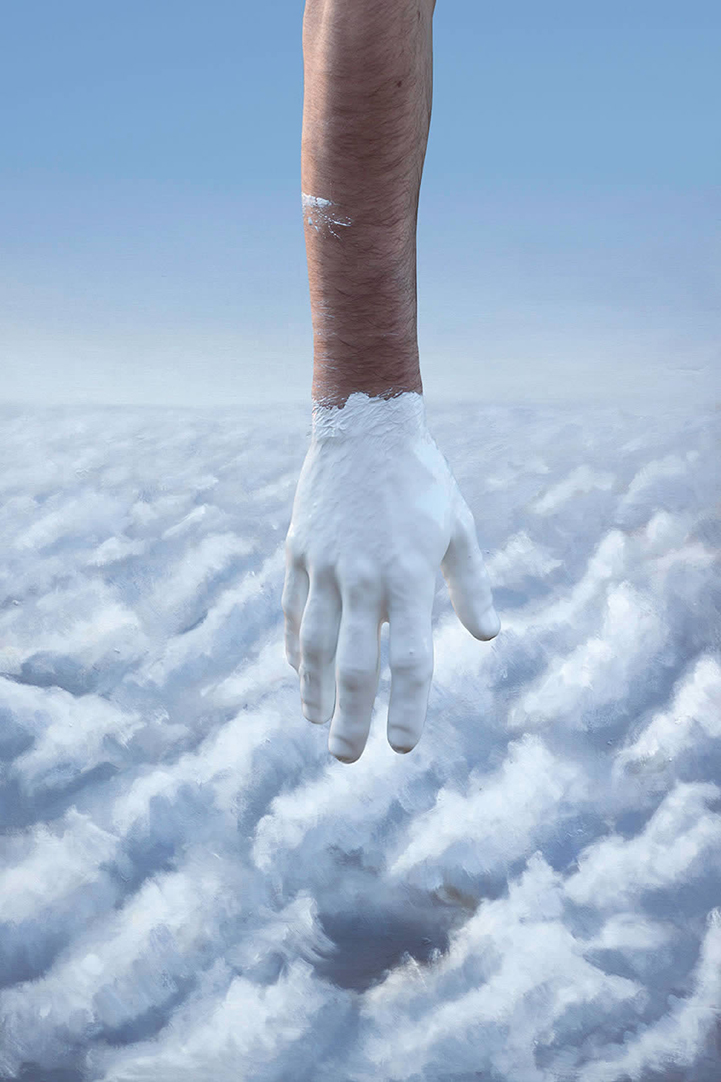