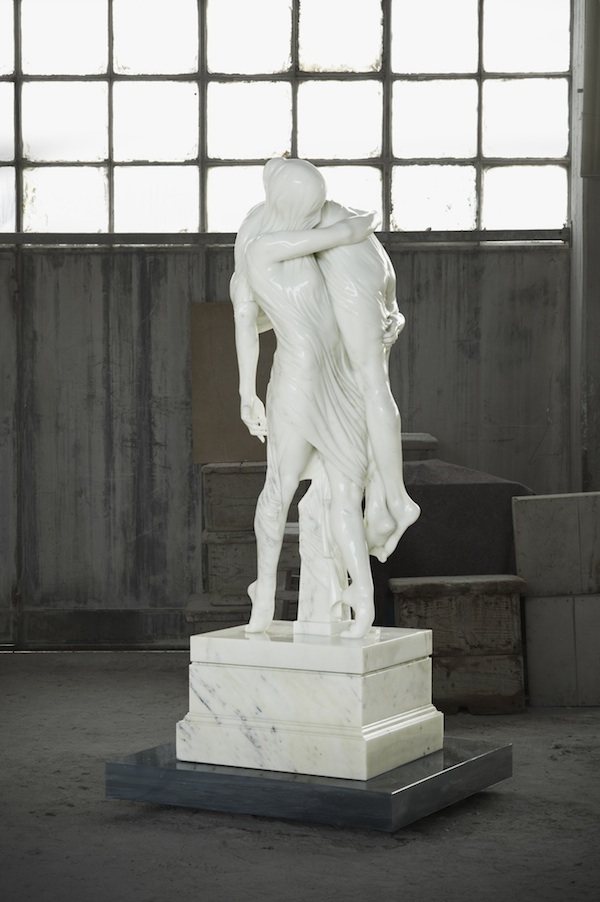 Coming soon to Pace gallery in London is this stunning new work by artist Kevin Francis Gray. From November 21 to January 25, visit the gallery to see Gray's veiled sculptures that are shrouded in mystery. This new 2013 white marble piece, called Ballerina and a Boy, is a striking work that shows a ballerina standing on pointe while carrying a lifeless body over her shoulder.

Ballerina and Boy, is a modern day piet of two shrouded figures. The shroud refers to the funerary tradition of covering the body in Judeo-Christian cultures and also a metaphorical veil that can be something for people to hide beneath. The covered ballerina carries the body of the boy and the taut body struggles to overcome physical limitations in order to appear weightless to reveal the perfection of the craft. This physical contradiction of the Ballerina lifting the Ballerino allows the work to move away from the direct references to dance, and more toward the sculptural remit of physical desperation.

The slack body of the boy is a reminder that the figure is beyond this world, the details and forms elevating the figure to levels beauty and gracefulness. The drapery of the shrouded figures both conceal and define the formal elements of the body while also rendering them anonymous and universal, simultaneously tangible within the mundane world and transcendental of the physical. 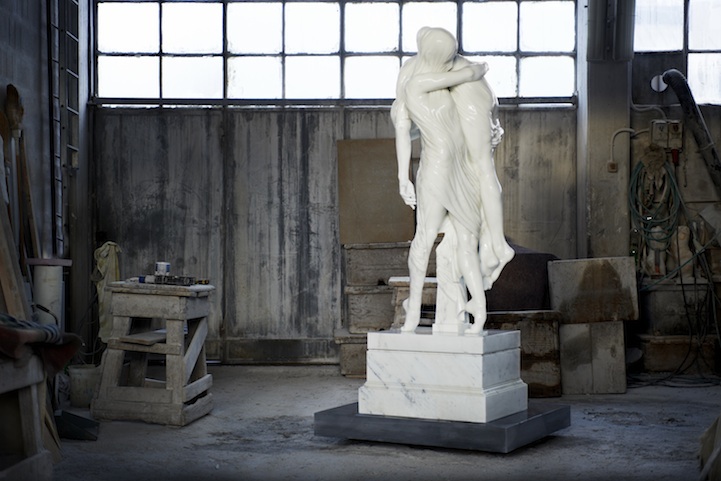 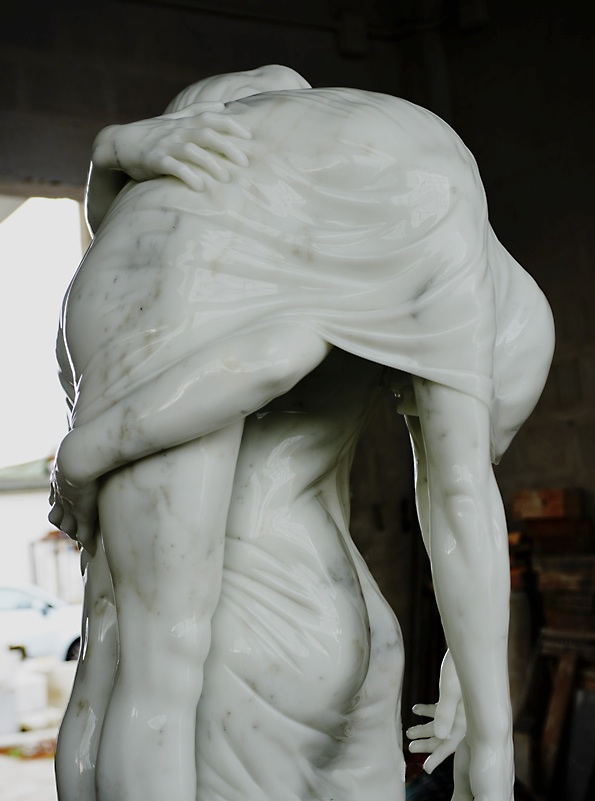 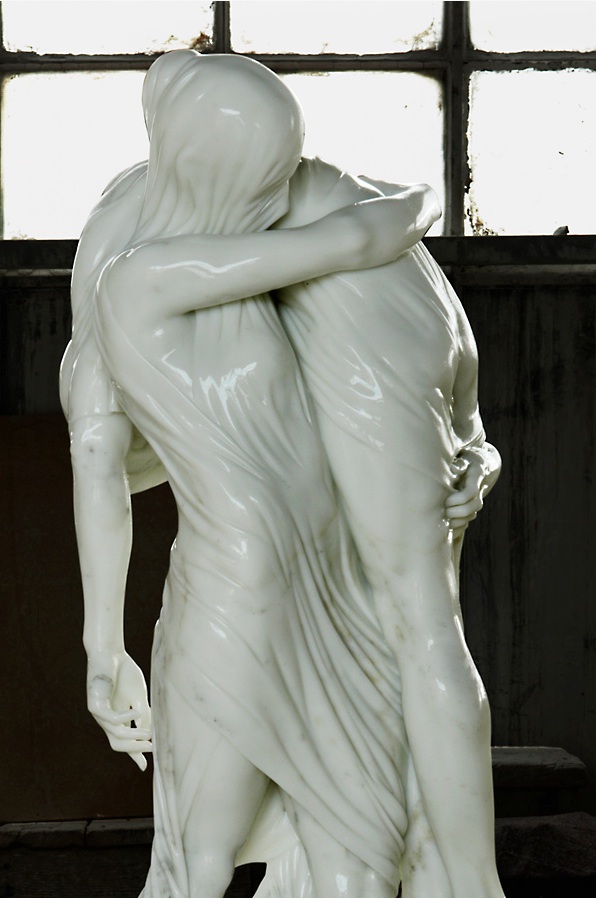