Striking Images of Ukraine Before and After the Recent Riots 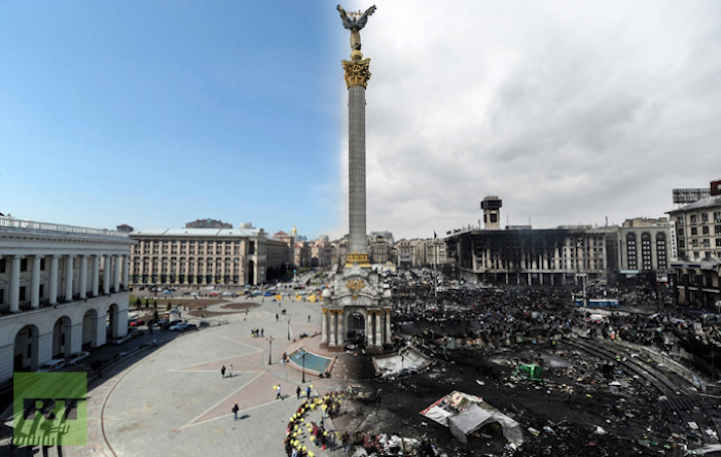 Gizmodo's Jesus Diaz uses Photoshop to merge together photos of Kiev that were taken before and after the recent Ukraine riots, creating devastating images that juxtapose the previous peace of of the city with the destruction and violence that raged after the protests began. Although the visuals are striking and attention-grabbing, it is heartbreaking to compare the happy people wandering the streets of Kiev in the sunshine, with the fires, barricades, and barren desolation of the streets today.

Although the Ukrainian revolution recently ended with the downfall of the former President Viktor Yanukovych, the impact of the brutal violence, anger, and destruction will be remembered for a long time. The stark contrast between the “before” and “after” scenes shows just how much the course of history in Ukraine has been changed by the recent events. To see the changes that rapidly swept over Maidan Nezalezhnosti, the central square in Kiev, check out the gif below. 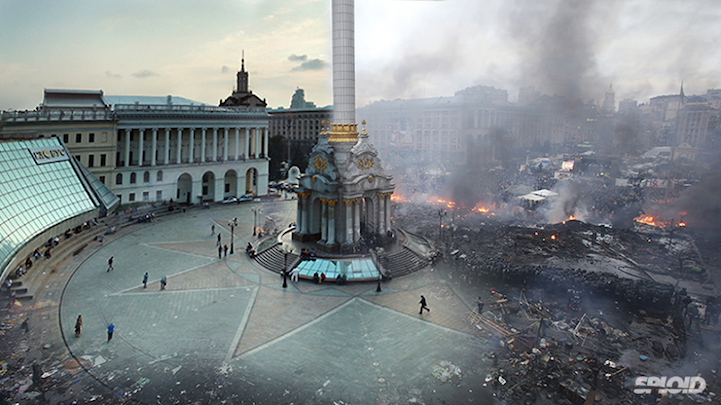 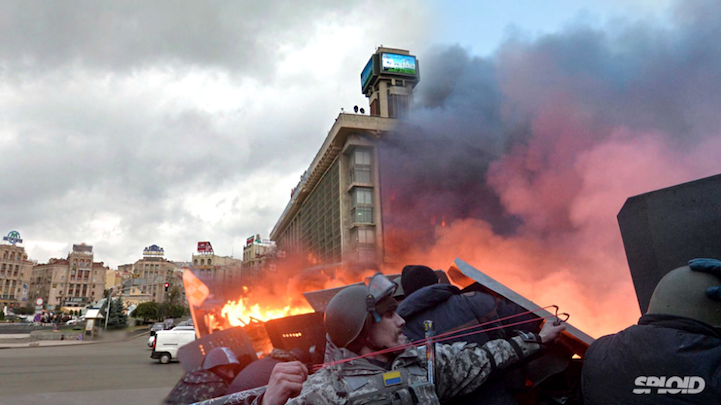 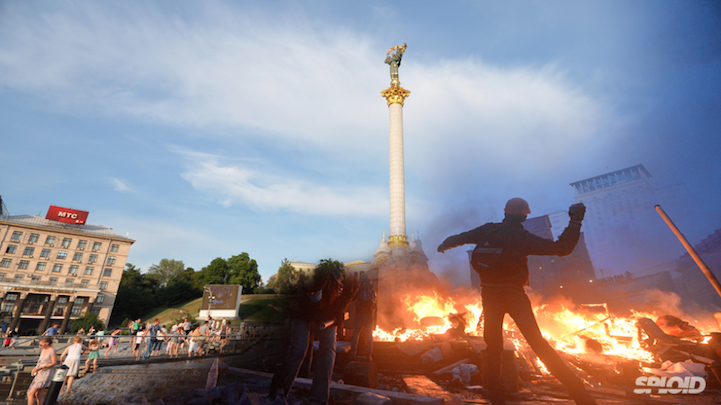 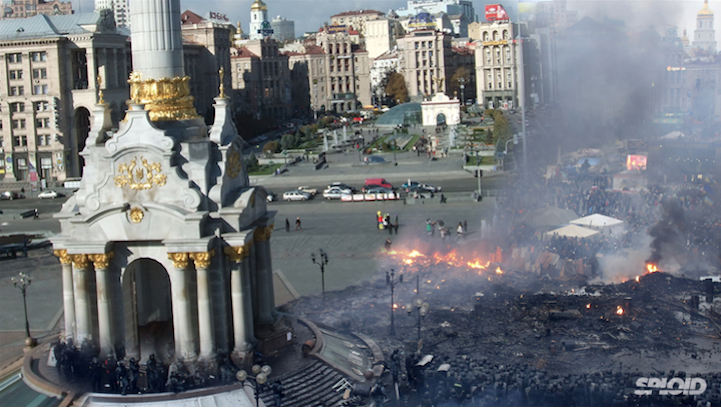 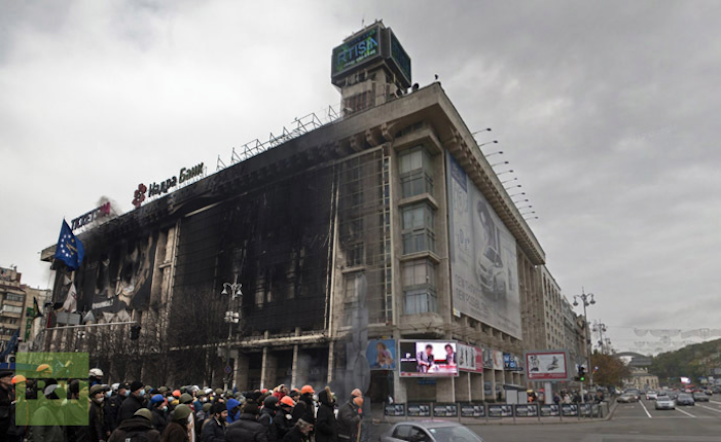 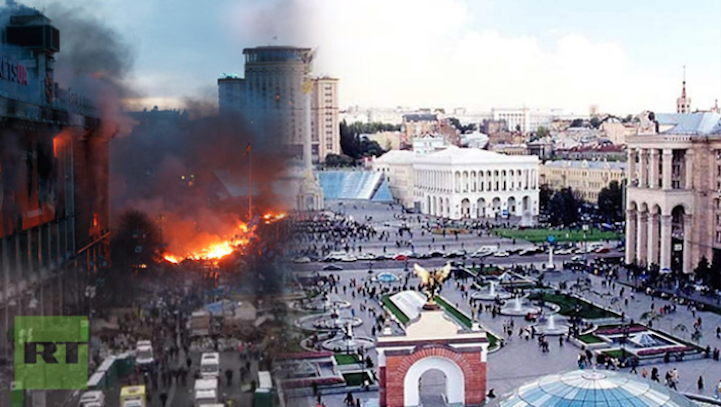