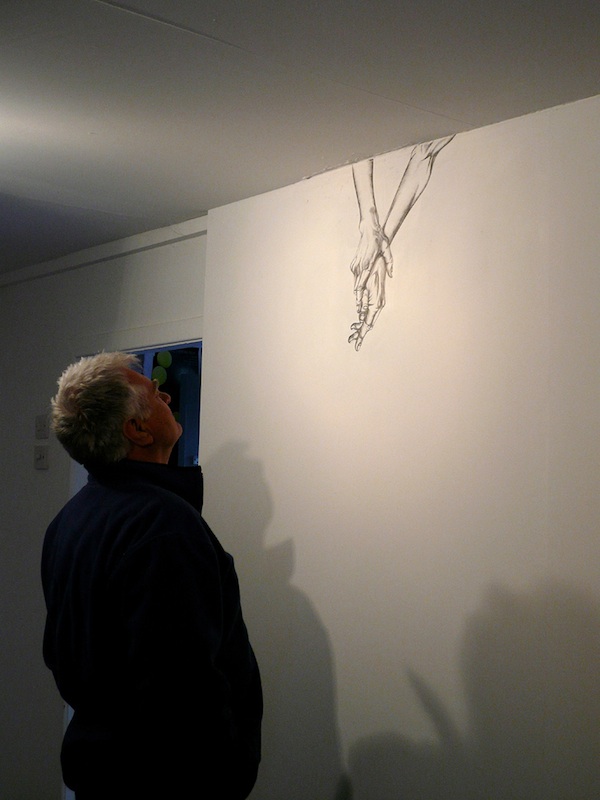 It was while she was undertaking a Masters of Fine Art at the University of Dundee in Scotland, that Kim Anderson decided she wanted to take her ordinary drawings on paper and turn them into extraordinary spatial installations. These early works were experimental, meaning she wanted to explore and bring together a number of different ideas some of which she explains to us here.

“To go back a bit, the age-old theme of the mind-body connection has pretty much always inspired my work. Often using my own body as subject in the past, I have been continually fascinated by the expressive potential of the hands, feet and skin, and the capacity for these parts of the body to express just as much (if not more) depth of emotion as the more traditional realm of portraiture: ie. the face. At the time of making these wall drawings I was inspired by the physicality of early religious art, particularly that of the Northern Renaissance including especially Matthias Grnewald's Isenheim Altarpiece. If you look at the hand positions of the figures in that work they are incredibly expressive. Using this as a reference point, I undertook what was at times an intensely personal journey of close bodily scrutiny, searching for the extreme emotions housed in the tiny details of my own skin– the precious memories that I believed lingered in the palms of my hands, and the momentarily forgotten pain of loss in the space between my toes. But it really became about more than that; it was an attempt to understand the universal human paradox, a search for physical evidence of the invisible self – a search in which I am sure I'm not alone.

“While studying in Scotland I began to take my interest in the body much further and explore the parallels to be found between our physical selves and the physical spaces around us, whether it be an overt bodily reference, inferred likeness, or merely a trace or imprint left behind by a hand or foot. In essence, I became interested in the notion that a physical space could contain the characteristics and evoke the same emotions as a human body. Through constant wear our bodies bear the inscriptions of our life experience, our passions and fears and memories layered over one another like a palimpsest, and so too does the surface of a place function in the same way. These particular wall drawings, all completed in Scotland in 2008, were all very early attempts to explore these concepts.

“I am constantly wanting to challenge the capacity of drawing, which is more often than not regarded as a simplistic and preliminary process rather than a sophisticated, cutting-edge and versatile technique. From the experimental works in Scotland my practice evolved from the production of fairly traditional works on paper to ephemeral installation projects, incorporating methods such as projection and drawing directly onto the walls and floor, as well as exploring the use of other alternative surfaces and spaces. My original drawings on paper became transformed by light, scale and the distortions produced by using a three-dimensional space as my working surface. I am continually seeking ways in which to combine these ideas and bridge the gap between my work in two and three dimensions.” 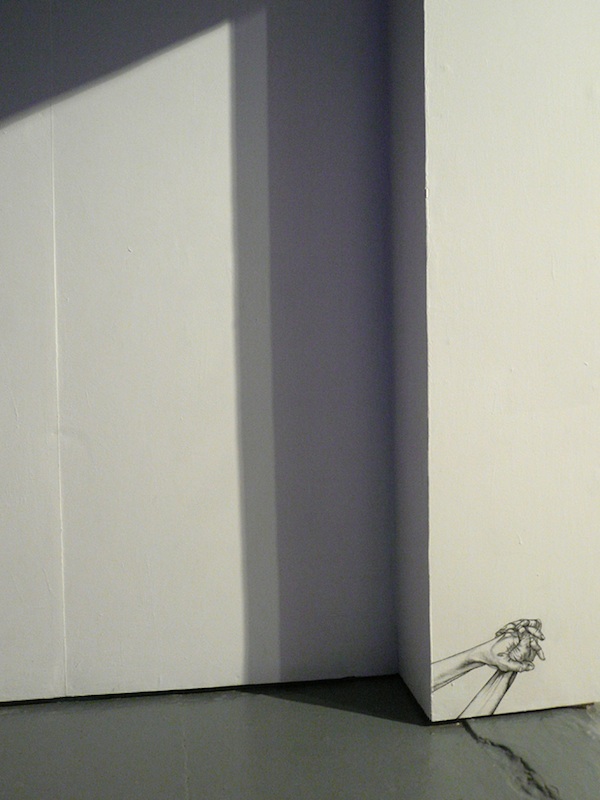 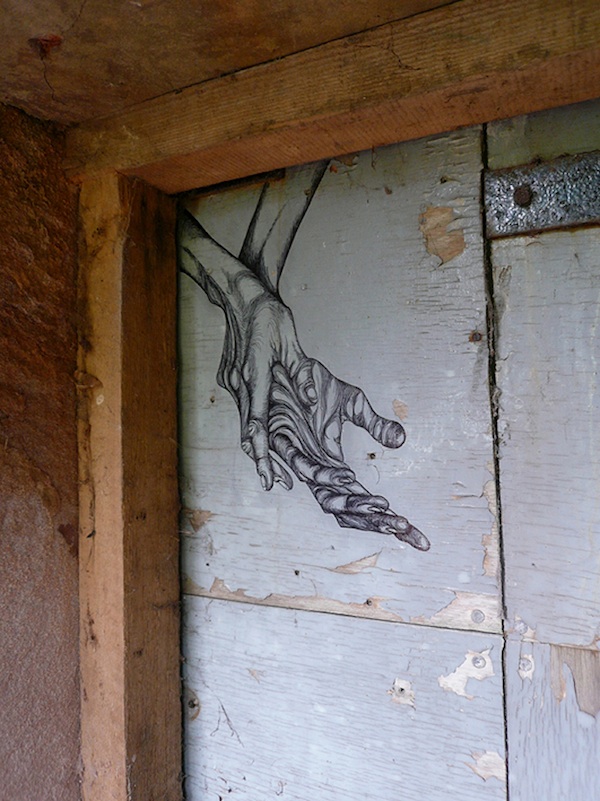 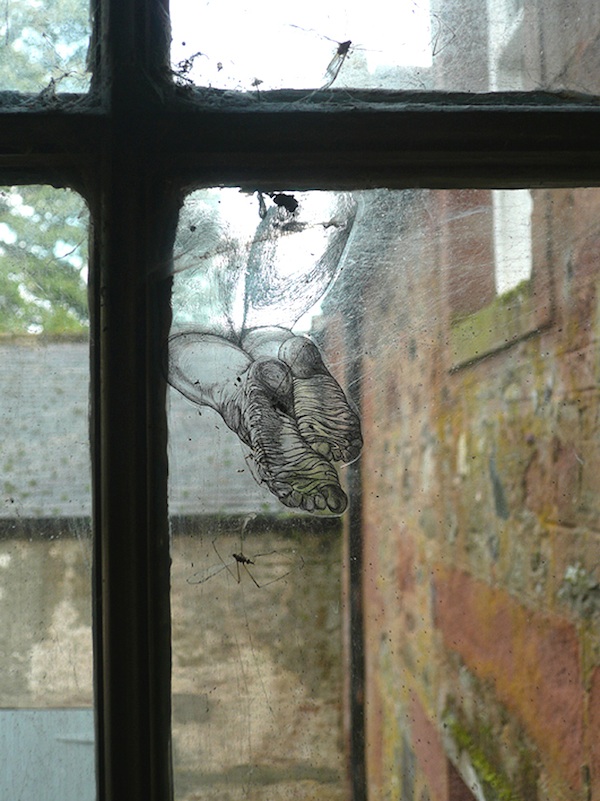