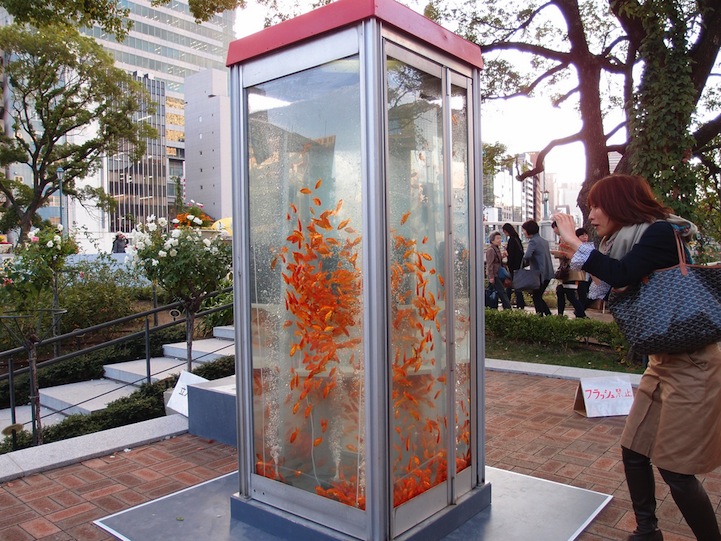 Since most of us have cellphones, public pay phones have become somewhat obsolete. Rather than using these stationary posts as originally intended (for making telephone calls), it seems we've shifted their purpose to being artistic monuments. We previously saw an art movement in Brazil where 100 artists transformed 100 pay phones and now we bring you to Japan where art collective Kingyobu has been repurposing phone booths into aquariums filled with goldfish.

The collective, whose name roughly translates as “goldfish club,” consists of five Kyoto University of Art and Design students that have taken the initiative to install goldfish tanks across several phone booths in Osaka. In Japan, the goldfish holds great symbolic significance. It is believed to bring happiness and prosperity, like an enchanting good luck charm. Thus, the resulting public aquariums offer something magical that is sure to catch the eye of pedestrians. They're like something straight out of a fairy tale and, given Japan's cult following of the shimmering, aquatic pet, this project is all the more fascinating. 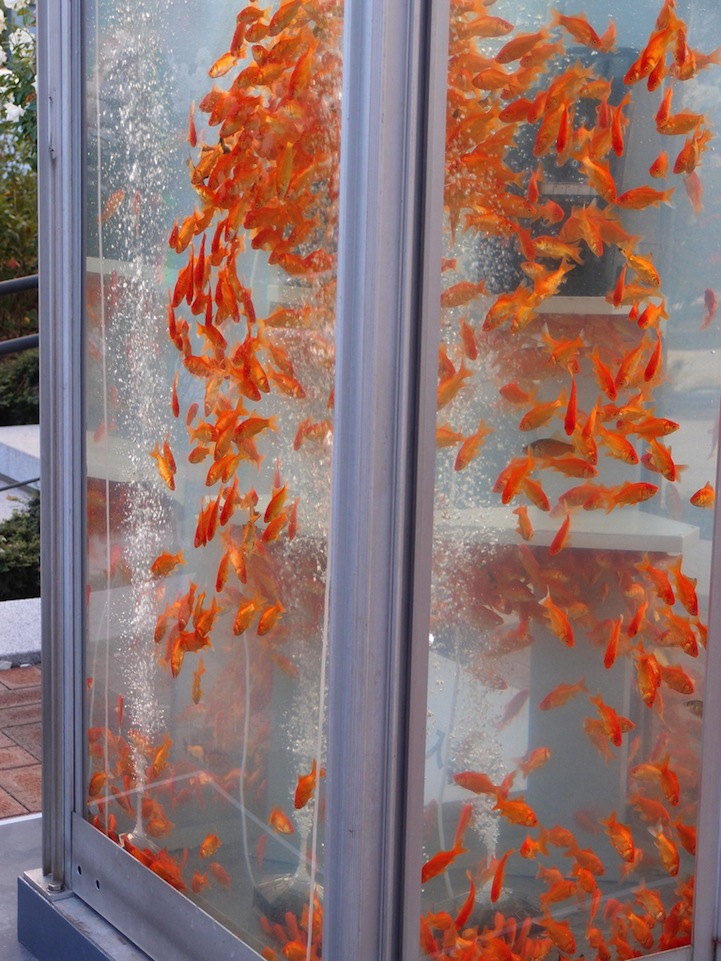 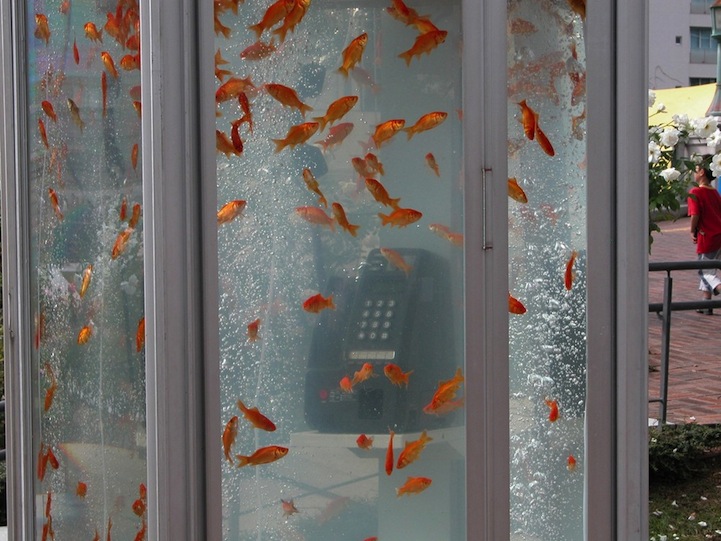 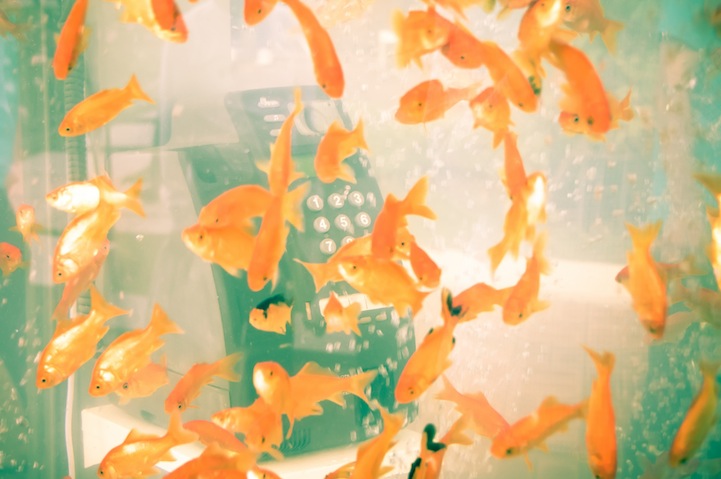 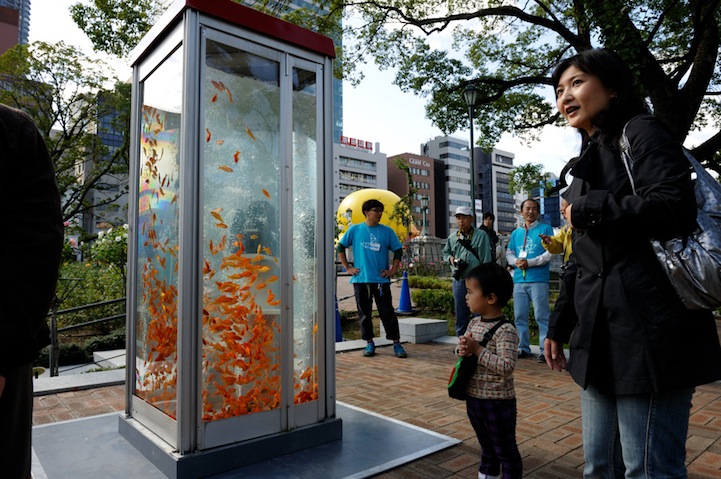 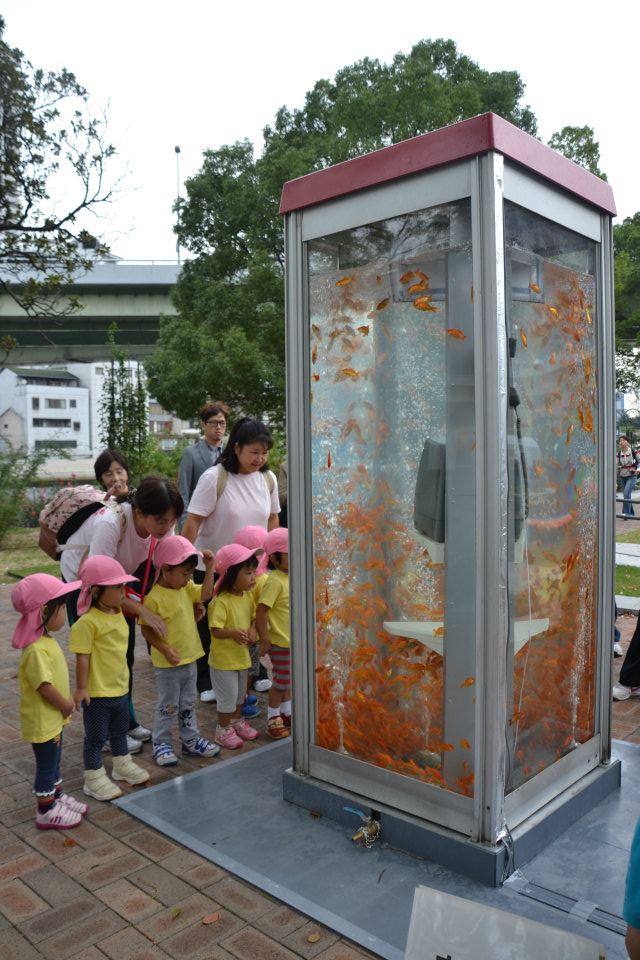 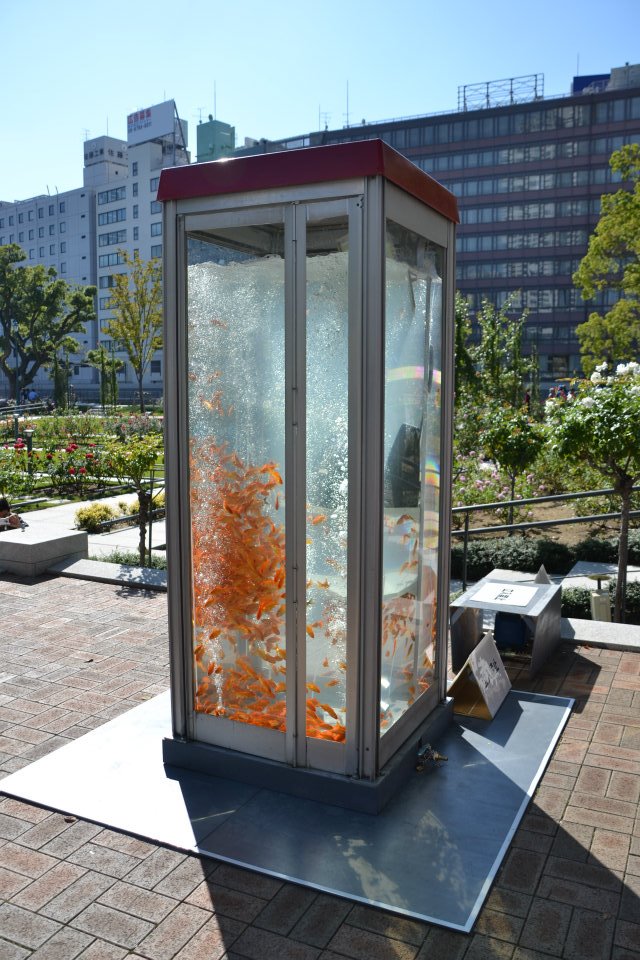 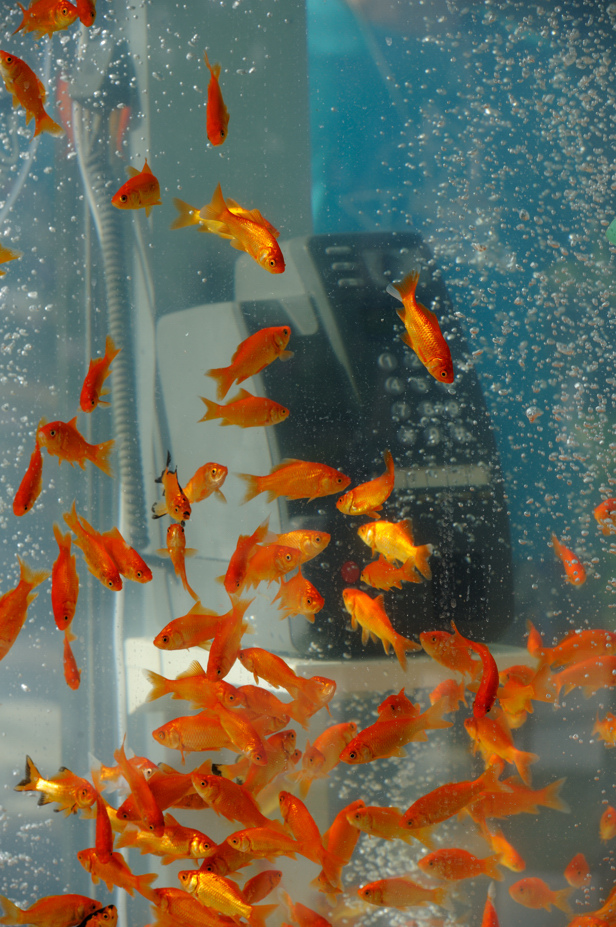