Adorable Kittens and Puppies Take Over Empty Aquarium During Lockdown 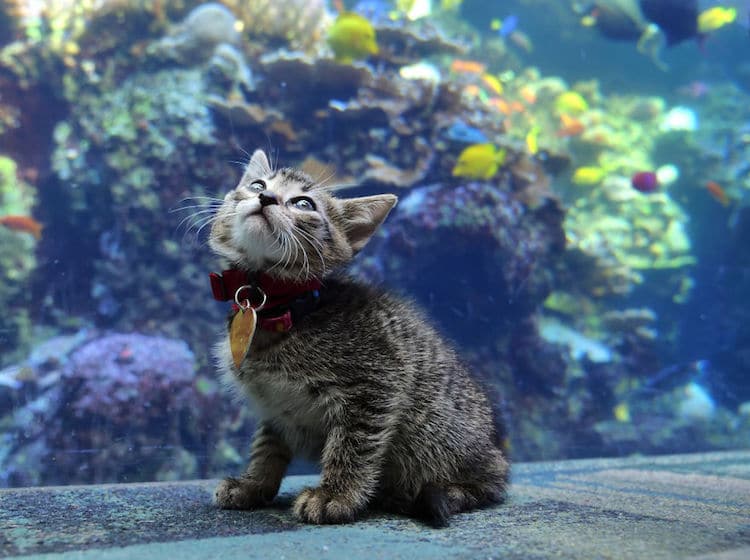 Most zoos and aquariums are now temporarily closed to the public, but Georgia Aquarium recently made the most of the down time to treat a litter of adorable rescue kittens to a private, all-access tour. The five furry felines—named Nemo, Dory, Guppy, Bubbles, and Marlin—were brought to the aquarium from Atlanta Humane Society, a pet rescue charity. The adorable youngsters are captured on camera meeting tropical fish, jellyfish, and even sharks (from behind glass, of course)—and as you might imagine, they got up to plenty of mischief.

From being mesmerized by the colorful marine life to playfully trying to paw at the fish and divers through the glass, it’s clear to see how much fun the cute tabby kittens had at the aquarium. “They couldn't get enough of the beautiful Tropical Diver exhibit, and loooooved the jellies,” recalls Georgia Aquarium. “We hope their adorable adventure puts a smile on your face.”

The kittens weren’t the only pets to enjoy the fun field trip. Two of Atlanta Humane Society’s resident puppies also got a separate tour, 2 weeks before the kittens. Two-month-old pups, named Odie and Carmel, are captured playfully taking over the aquarium grounds, before ultimately getting tired-out and having a nap together by one of the fish tanks.

Atlanta Humane Society came up with the idea to bring the puppies and kittens to the aquarium purely to provide a little joy to those who might be struggling during this trying time. Director of Marketing and Communications at the Atlanta Humane Society, Christina Hill says, “We want to make sure that we’re filling up your feed with all the cuteness we can provide.”

Check out the adorable photos and videos of the occasions below.

Georgia Aquarium recently welcomed a litter of adorable rescue kittens to a private, all-access tour, during the pandemic lockdown. 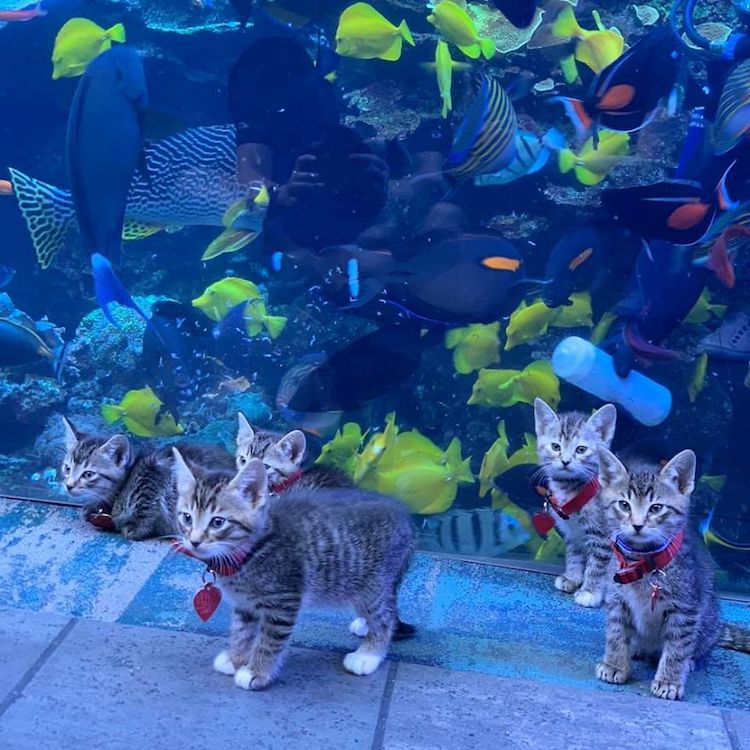 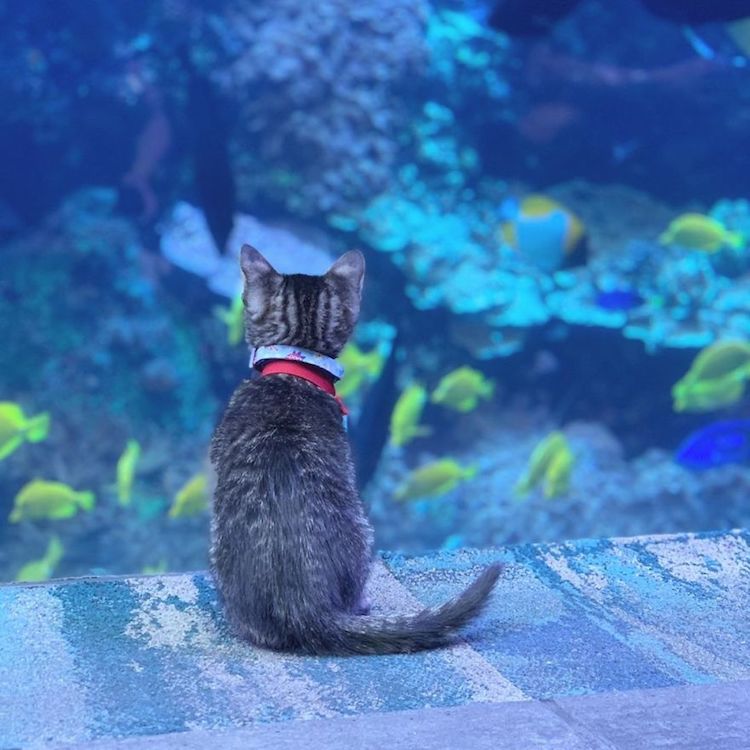 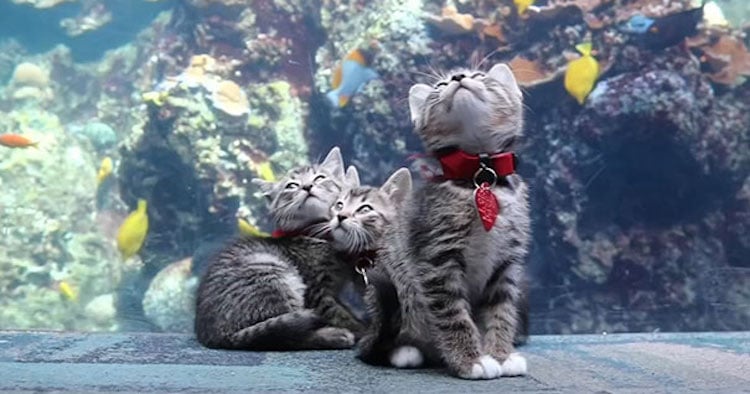 They're captured getting up to plenty of mischief! 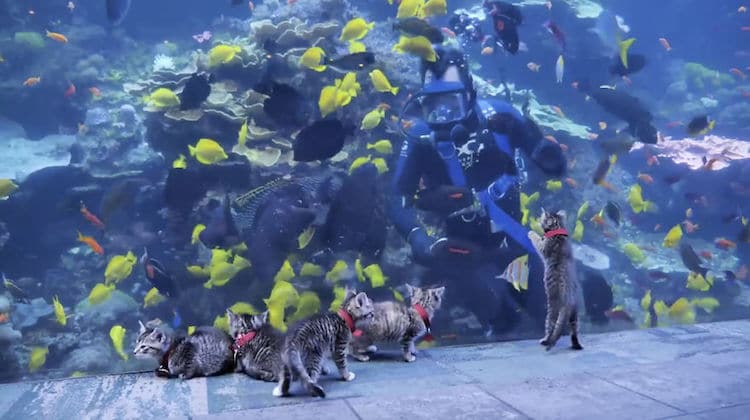 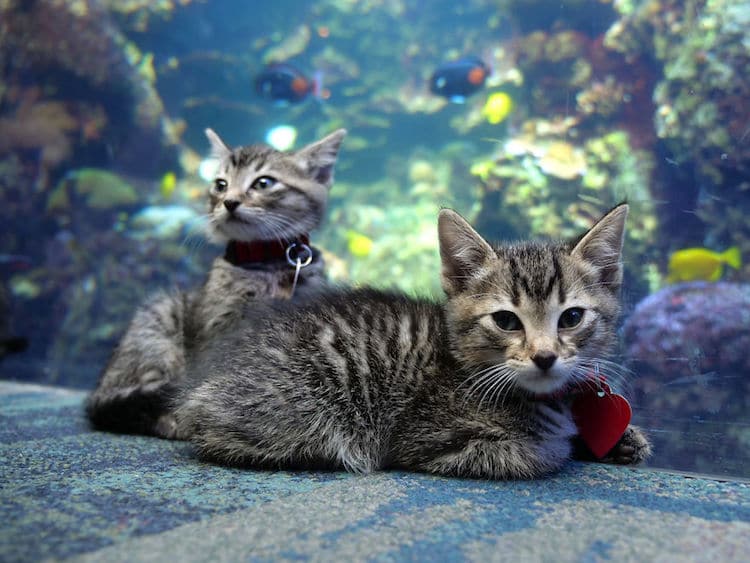 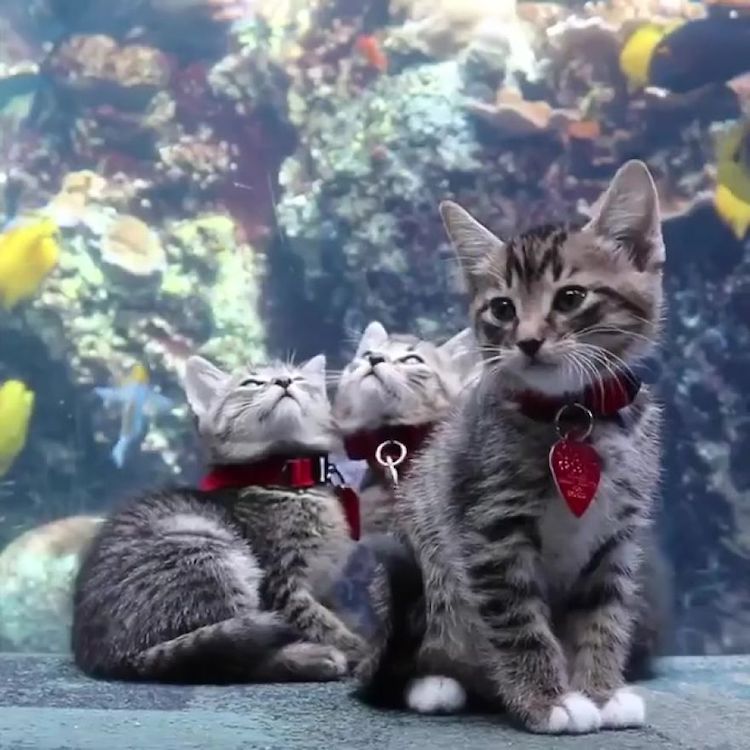 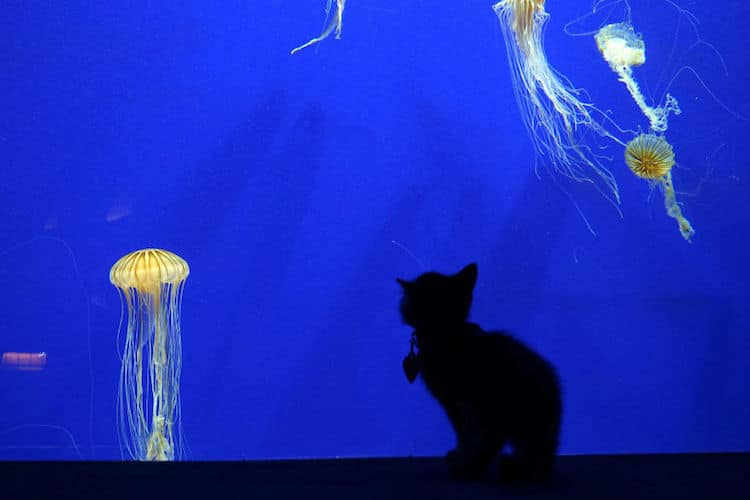 These precious puppies—named Odie and Carmel—also enjoyed a private tour. 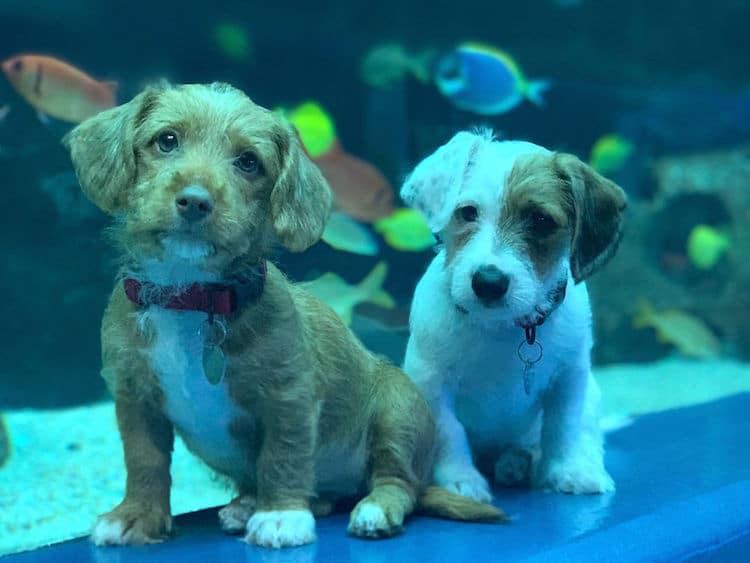 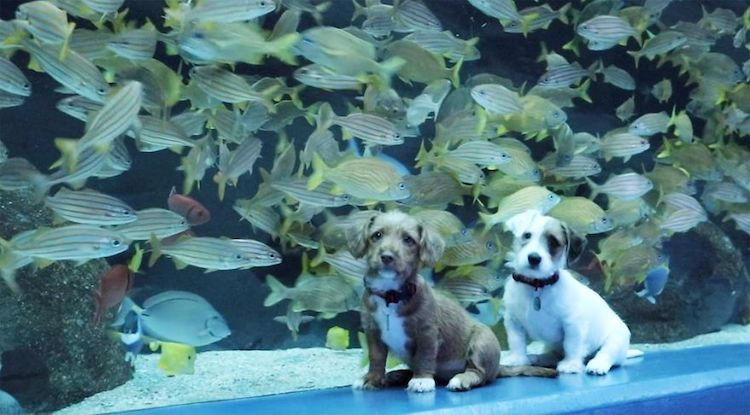 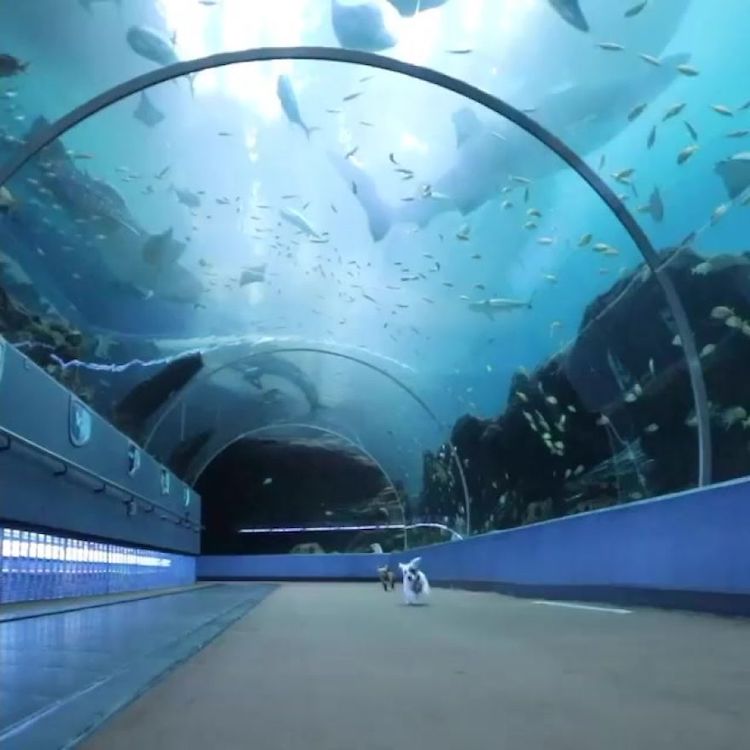 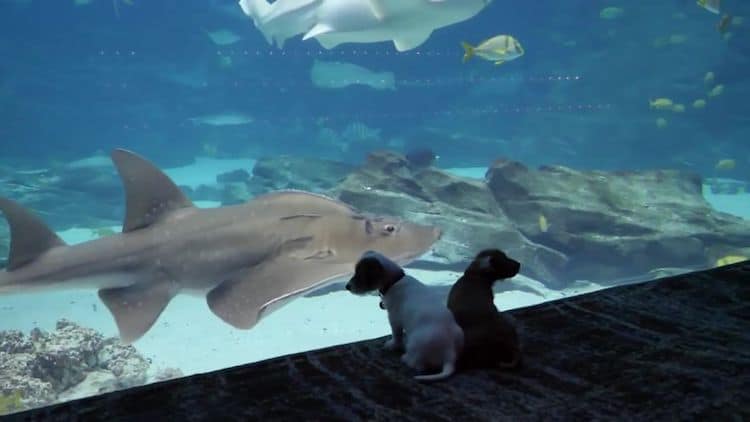 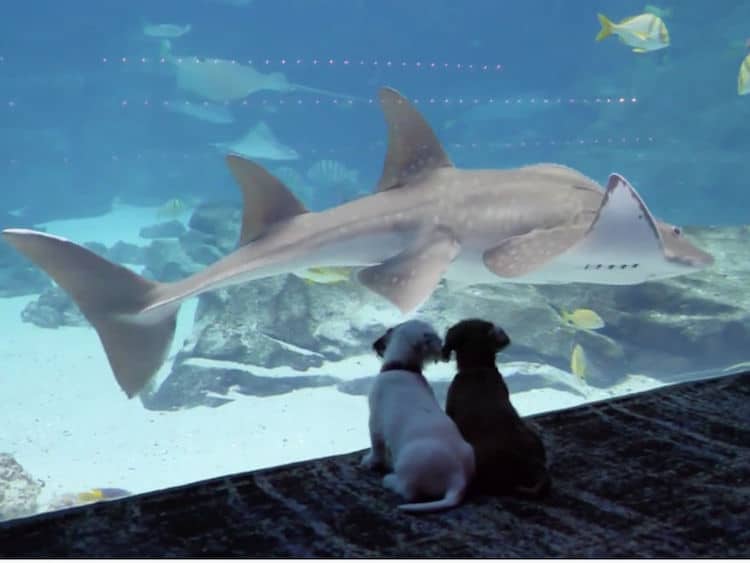 In the end, all the excitement got too much and the adorable pair had to take a nap. 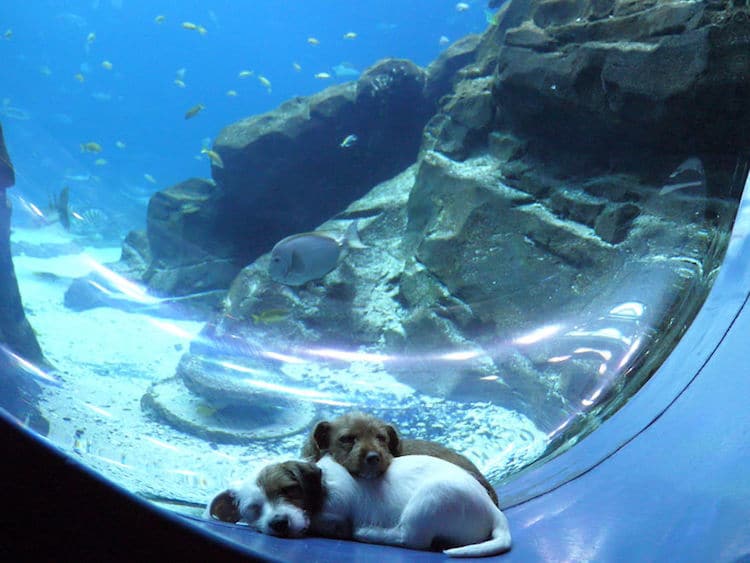