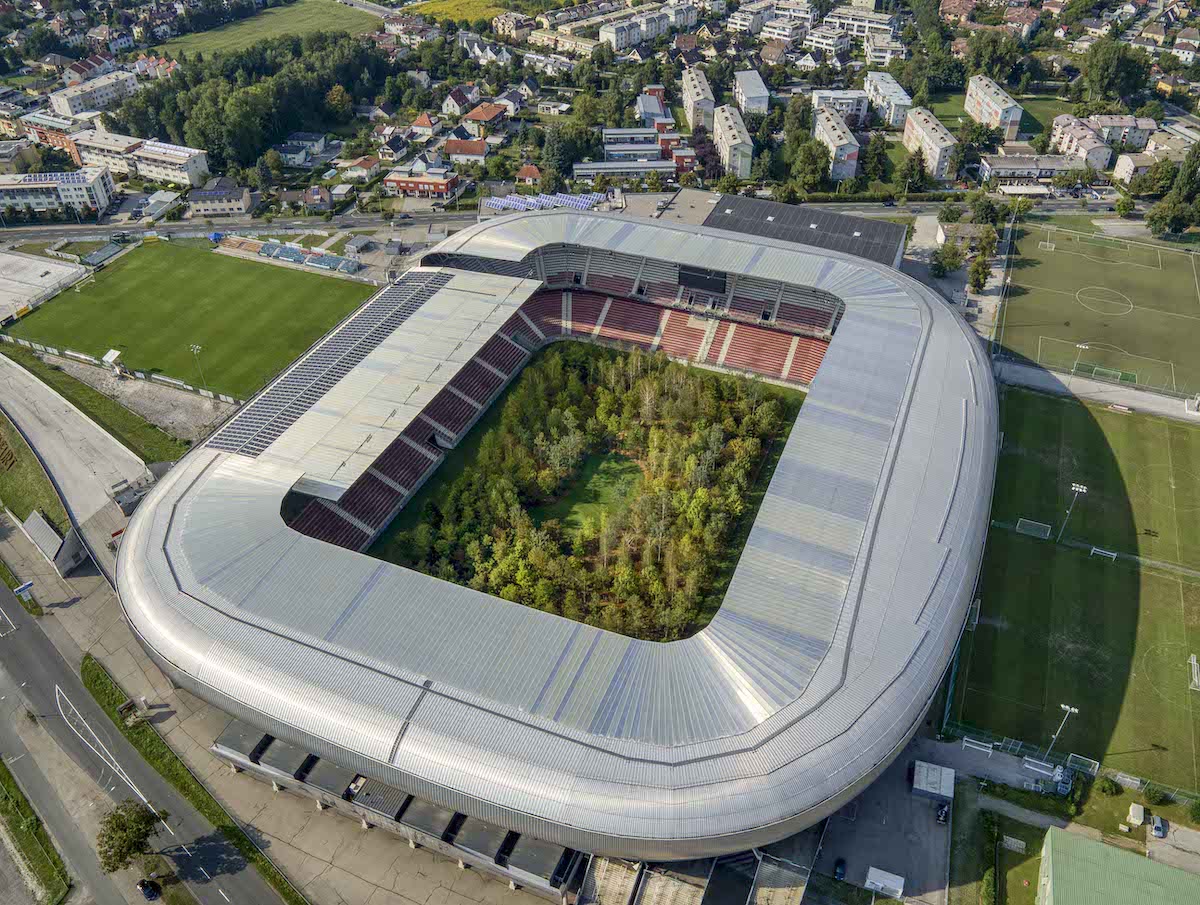 Nearly 300 trees, some weighing up to six tons, have transformed a soccer stadium in Austria into a monumental art installation. For Forest—The Unending Attraction of Nature is masterful work by Swiss artist Klaus Littmann, who took inspiration from a drawing he saw nearly 30 years ago. By bringing his vision to life, Littmann asks us to confront ideas of deforestation, climate change, and the role of nature in our lives.

Littmann's masterpiece, which is the largest public art installation ever on view in Austria, takes its cues from a pencil drawing by Austrian artist and architect Max Peintner. Completed in 1971, Peintner's sketch shows a crowded stadium filled with spectators, who have arrived to take in a magnificent forest of trees planted on the pitch. With the help of Enea Landscape Architects, Littmann transformed Peintner's fantasy into reality.

Wörthersee Stadium, which seats up to 30,000 people, is now home to an enormous European forest filled with diverse species. Silver birch, alder, aspen, white willow, hornbeam, field maple, and common oak are just some of the varieties that will take root and transform colors across the autumn season. Visitors are allowed into the stadium free of charge from 10 am until 10 pm daily, where they can experience the magic of the forest under different weather and lighting conditions.

During the evening, For Forest changes dramatically under the stadium floodlights. As the lights cause a variety of shapes and shadows, this carefully constructed landscape will change form. By enclosing the forest inside the stadium, Littmann reminds the public that, if we're not careful, we risk only being able to enjoy nature in false environments—much like animals in a zoo.

Once the installation is complete in late October, the entire forest will be replanted in an area close to the stadium at a 1:1 scale. The work will remain as an ever-evolving, living sculpture.

For Forest by Klaus Littmann is on view daily at Wörthersee Stadium in Klagenfurt, Austria until October 27, 2019.

Nearly 300 trees have been installed in an Austrian soccer stadium to create the country's largest public art installation. 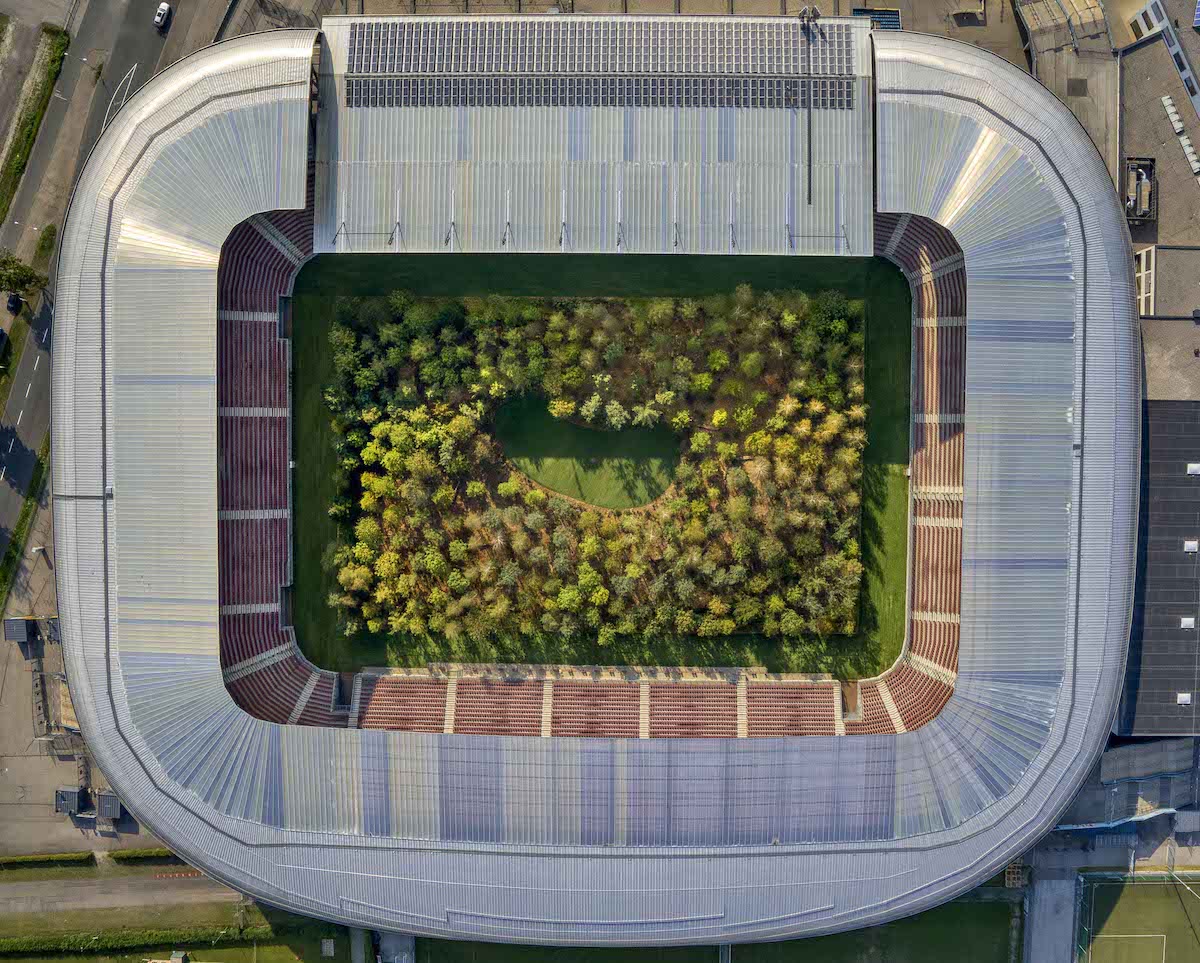 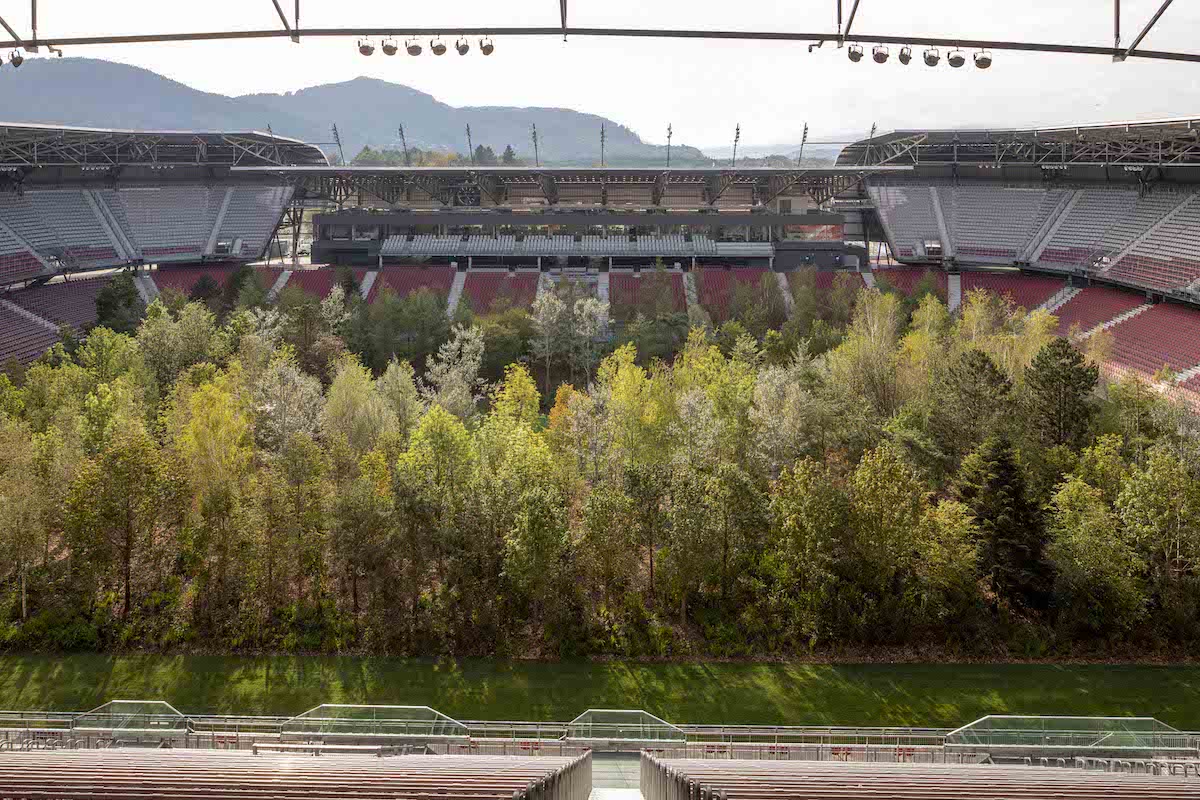 Artist Klaus Littmann was inspired by a 50-year-old sketch by architect Max Peintner. 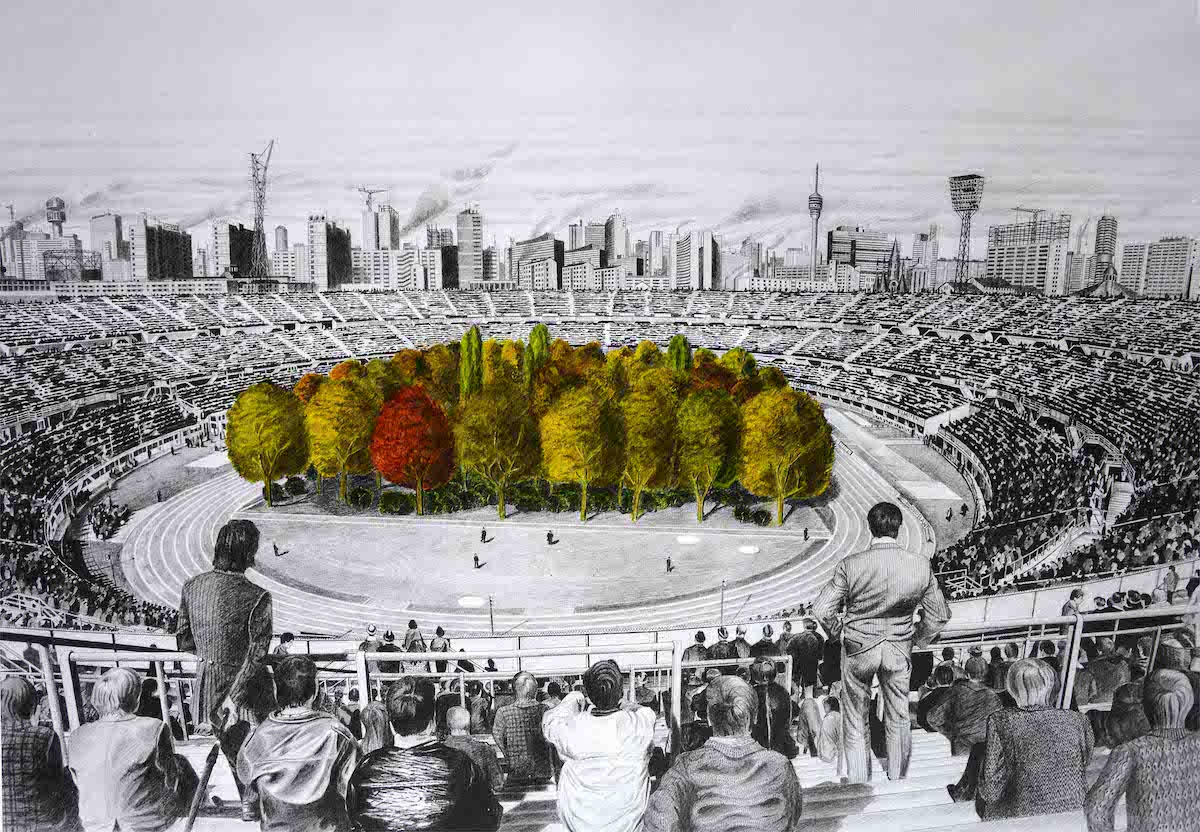 “The Unending Attraction of Nature” by Max Peintner, 1970/1971. Hand-colored by Klaus Littmann.

A wide variety of species were used to create this European forest, which visitors can see free of charge daily until late October. 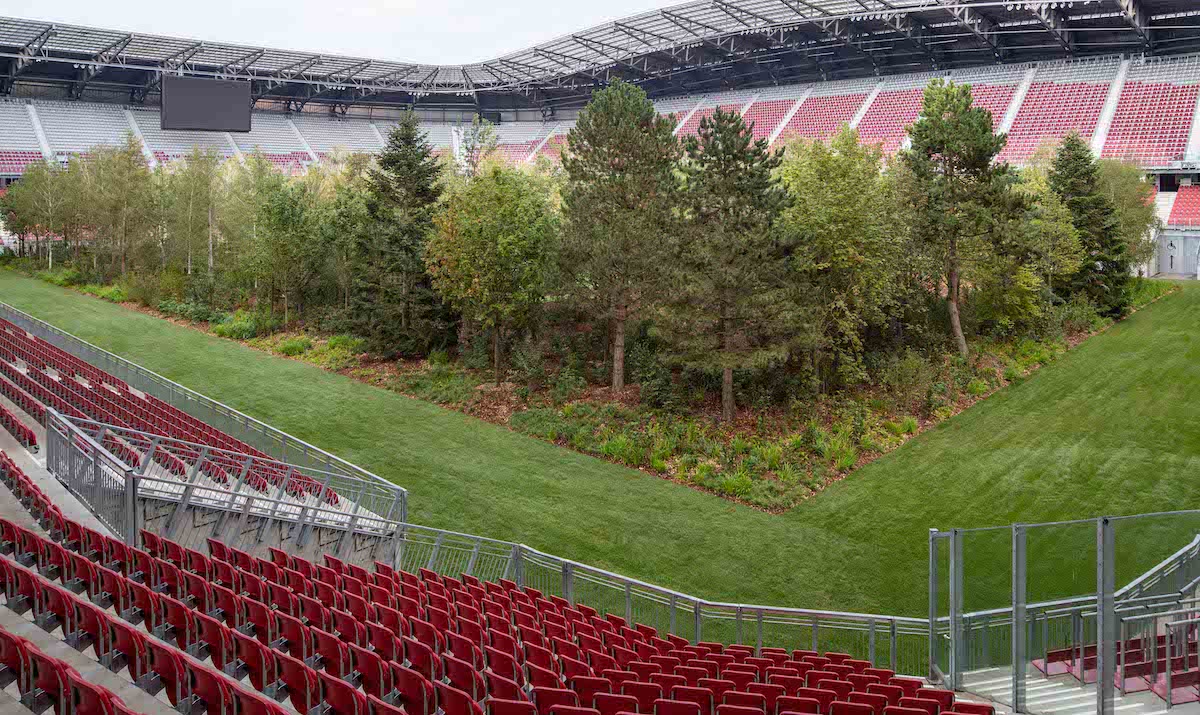 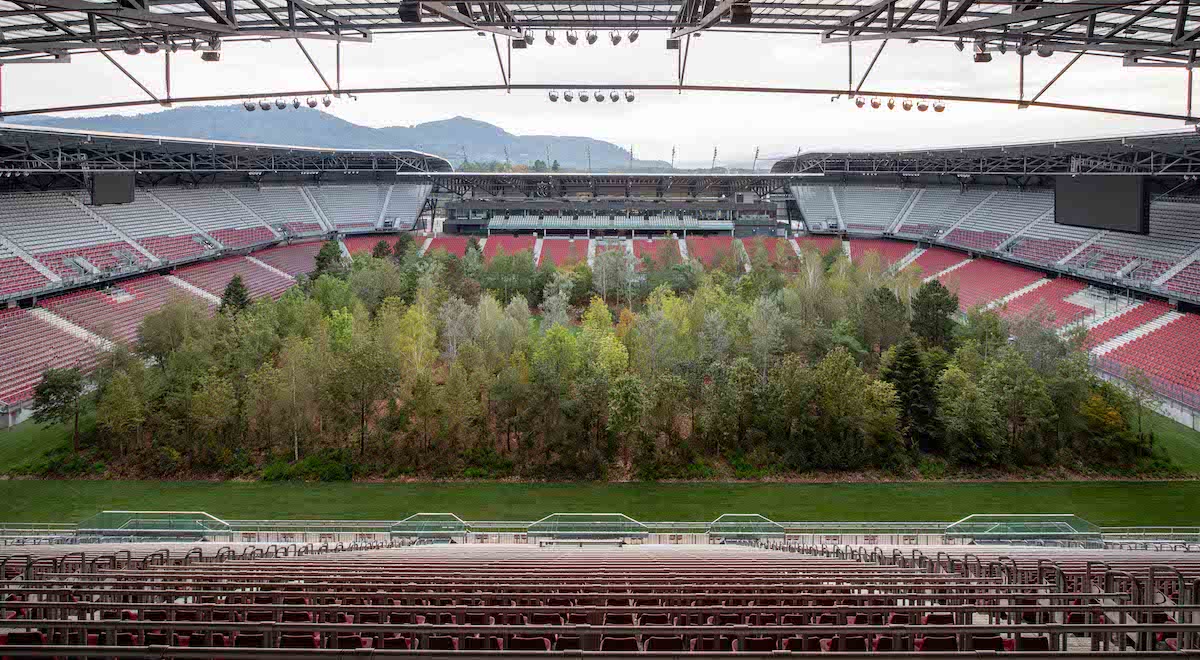 At night the dramatic stadium floodlights give the forest a completely different effect. 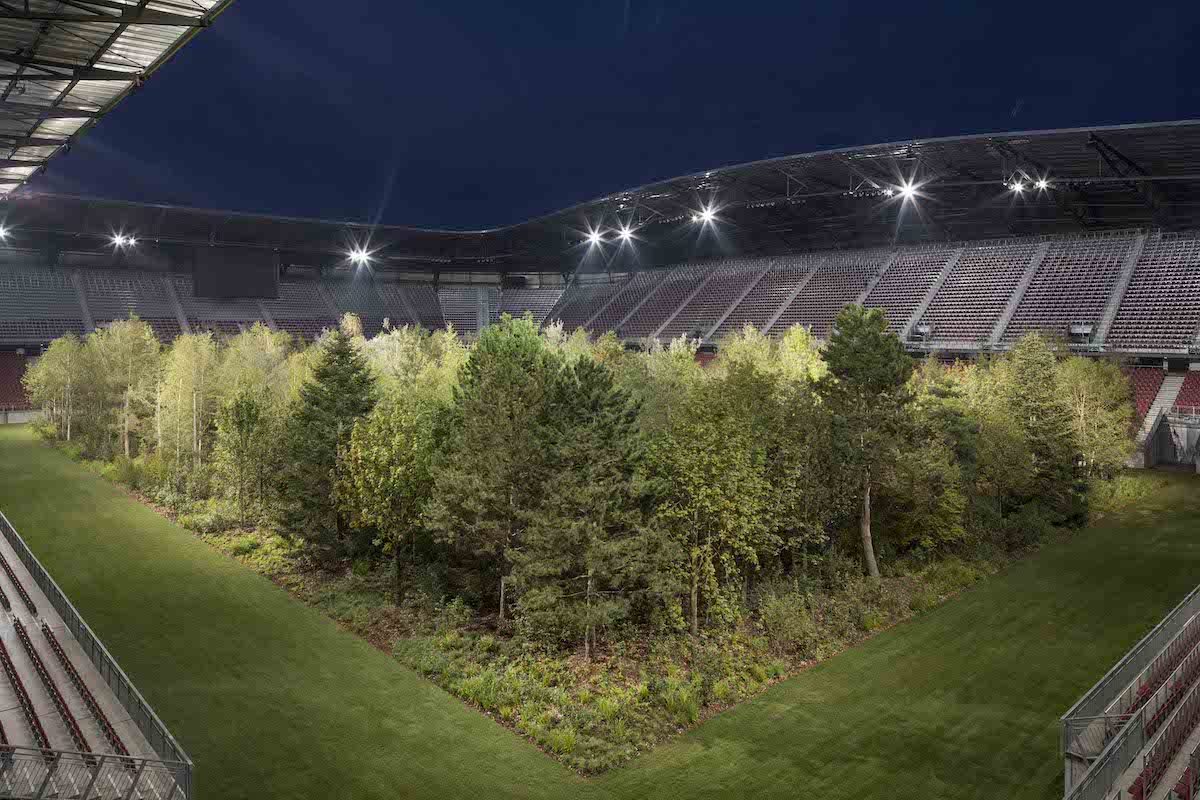 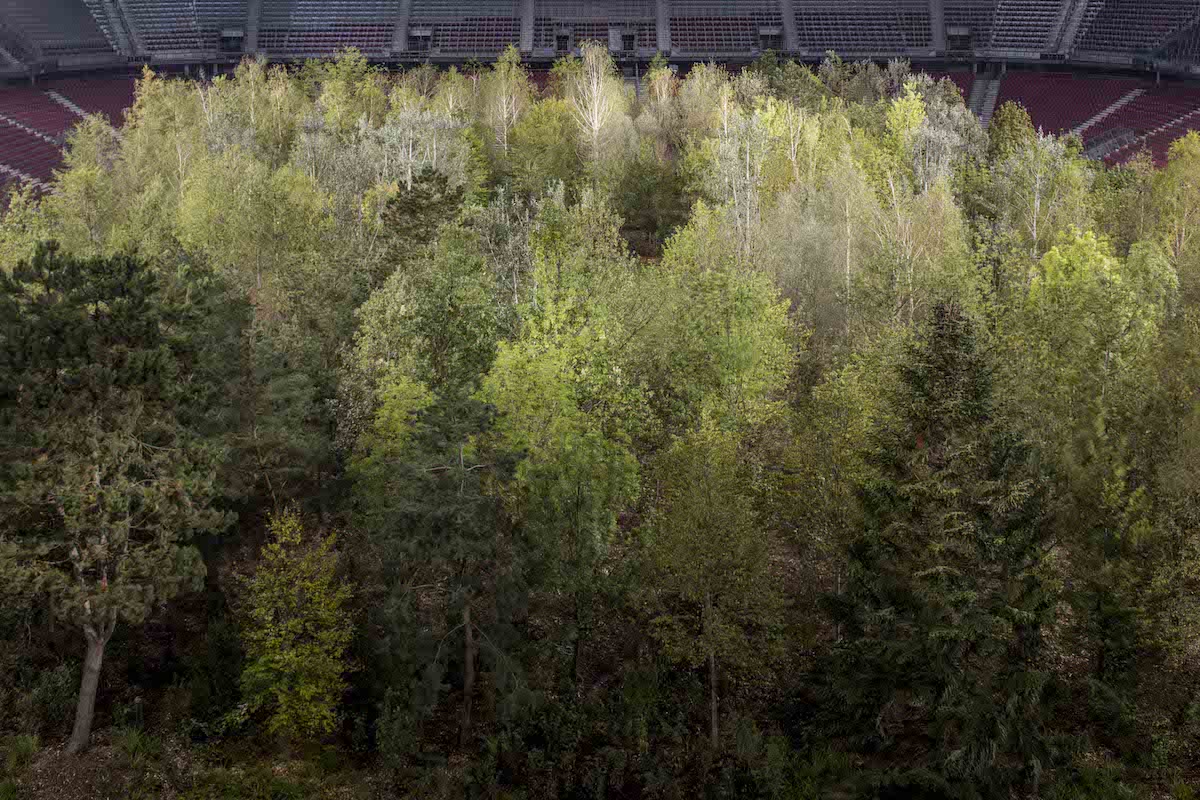 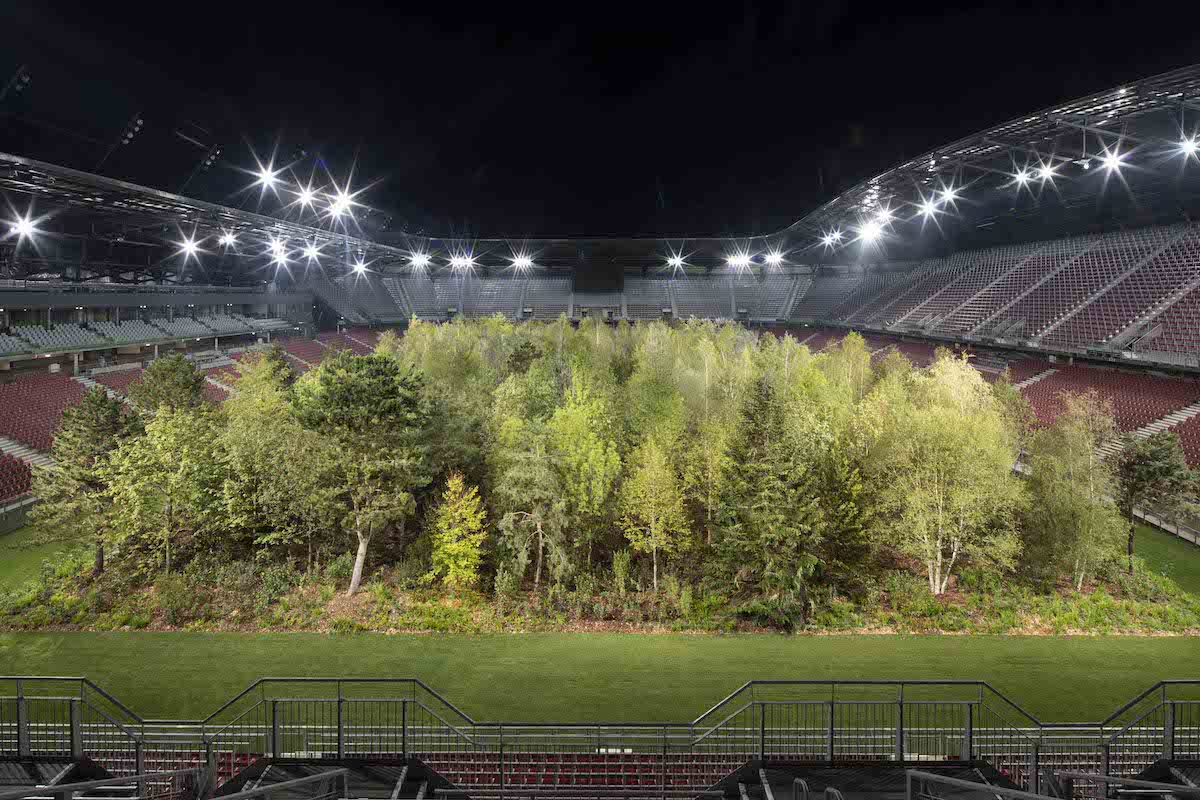 After the art installation, the forest will be planted nearby to create a new living sculpture. 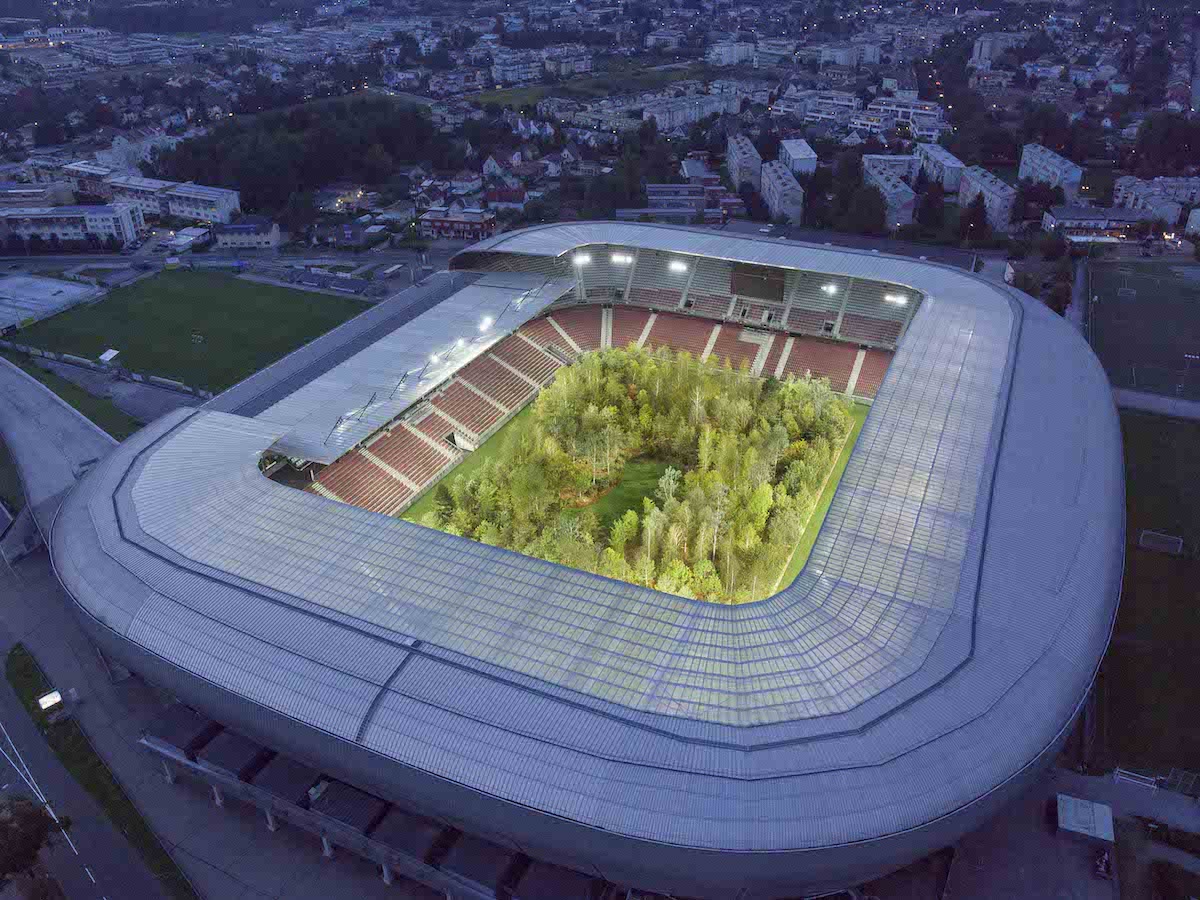 My Modern Met granted permission to feature photos by For Forest.