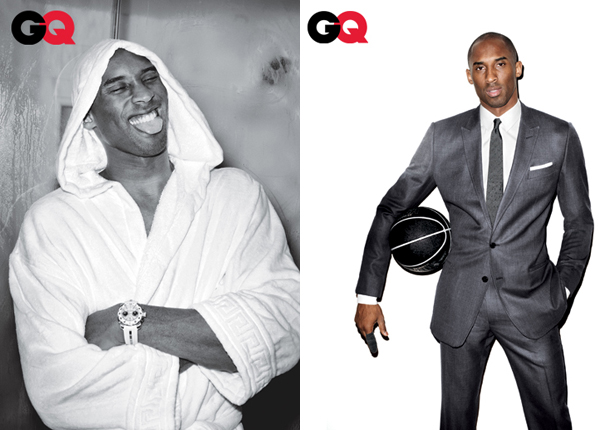 If you've ever been curious about the private life of Kobe Bryant, check out the latest issue of GQ magazine. Photographer Terry Richardson shoots the basketball star and writer J.R. Moehringer gives us an inside look into the man, the legend.

On how he gets to home games:
“This is how the 31-year-old co-captain of the Lakers, the eleven-time All-Star, the four-time world champion, the most prolific and accomplished scorer currently drawing breath and an NBA paycheck, commutes. He takes a private helicopter from Orange County, where he lives with his wife and two children, to every home game. It's a nice dash of glitz, a touch of showbiz that goes well with the Hollywood sign in the hazy distance. But sexy as it might seem, Bryant says the helicopter is just another tool for maintaining his body. It's no different than his weights or his whirlpool tubs or his custom-made Nikes. Given his broken finger, his fragile knees, his sore back and achy feet, not to mention his chronic agita, Bryant can't sit in a car for two hours. The helicopter, therefore, ensures that he gets to Staples Center feeling fresh, that his body is warm and loose and fluid as mercury when he steps onto the court.

If you make $23 million a year with your body, taking a helicopter to work is actually quite practical.

On his wife:
“They met in 1999. He was a global superstar working on a rap album, never to be released, and she was a high school student dancing in a rap video. They were engaged quickly, over the strenuous objections of his parents, who didn't attend the wedding in April 2001. Most reports said the Bryants thought Vanessa too young. Whatever the cause, there was an ugly split–which has apparently healed, because Bryant says he and his parents are tight: “I talked to my mom today.”

A staple at Staples Center, Vanessa has become one of the most visible women in the nation's most visibility-conscious city, but she seldom speaks to reporters, and Bryant discusses her with clipped, protective answers. Though their marriage has been tested–by infidelity, by gossip–he says it's strong. Asked to name his best friends, he names her first. “We're close,” he says. “We're like homeys.” 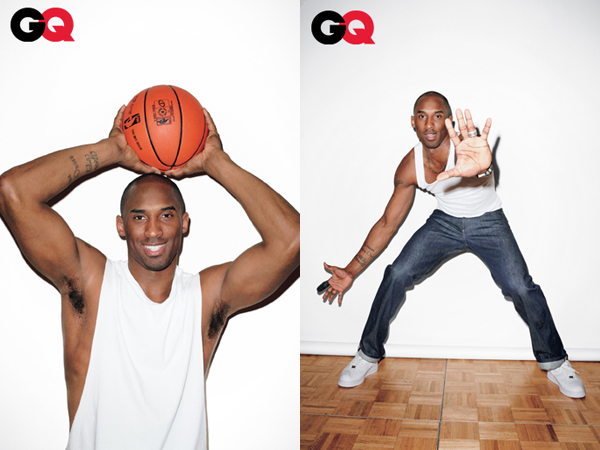 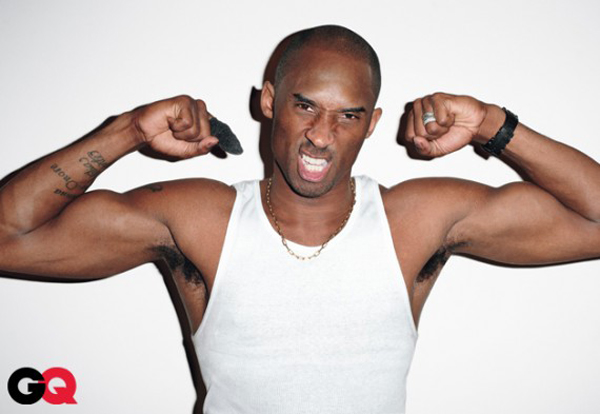 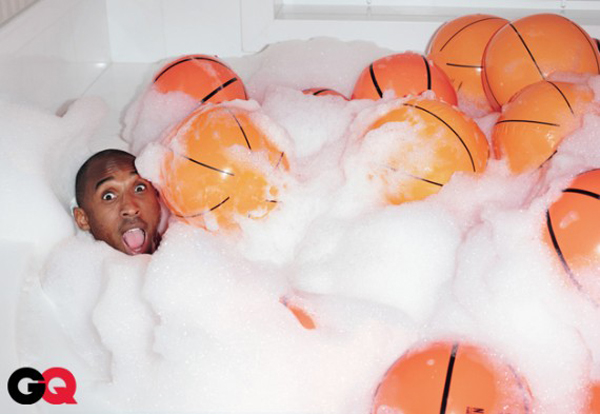