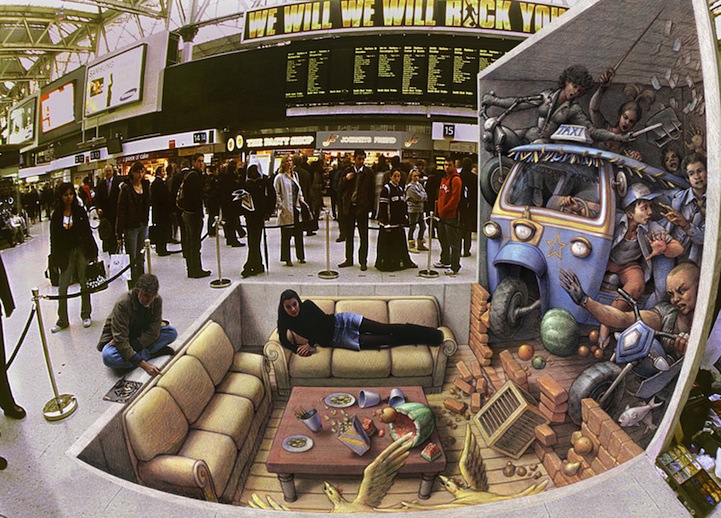 Street art has evolved over the years, branching off into this brilliant practice of depicting interactive illusions on pavement. Street artist Kurt Wenner knows this method of art all too well, having impressed passersby with his amazing 3D shark seemingly bursting out of the ground and his commissioned work for Buick allowing pedestrians to stop and imagine themselves in one of their cars. While the subject for his works vary, there is the recurring theme of interaction, inviting viewers to become involved with the illusionary works by posing whimsically.

Wenner, a former NASA employee, uses his mathematical expertise to produce each of his large-scale optical illusions. By calculating line, shape, and perspective, he carefully paints his elaborate floor and wall murals to trick the eye into believing the drawings are three-dimensional figures. His creations are further enlivened by people cleverly taking photos of themselves on and “in” the art. It's a strange phenomena how many people choose to play along with the painted confines of the scene that Wenner sets. Rather than following his routine bike path across one of the artist's creations, breaking the illusion of its three-dimensionality, we see a cyclist carefully biking along Wenner's narrowly painted bridge. 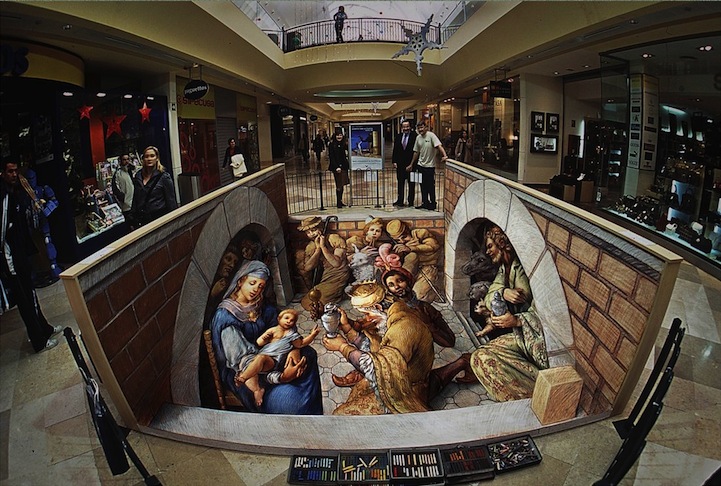 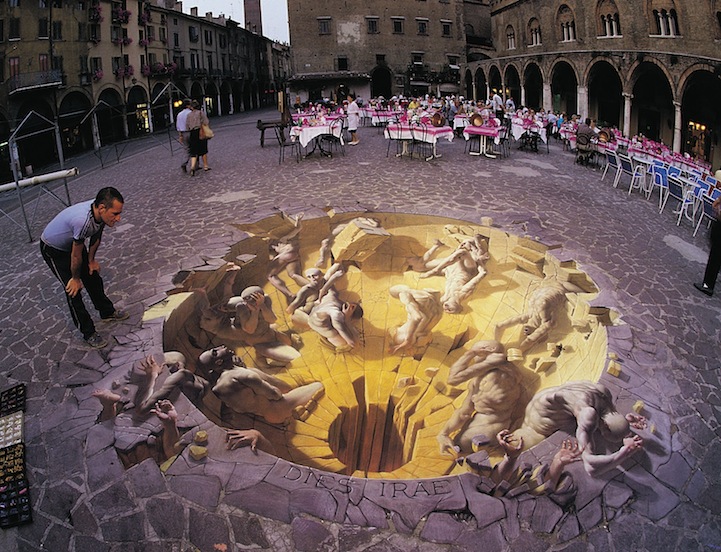 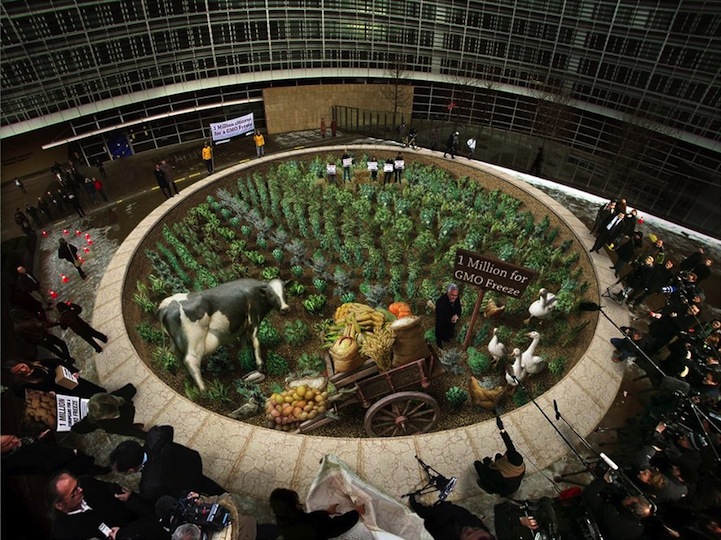 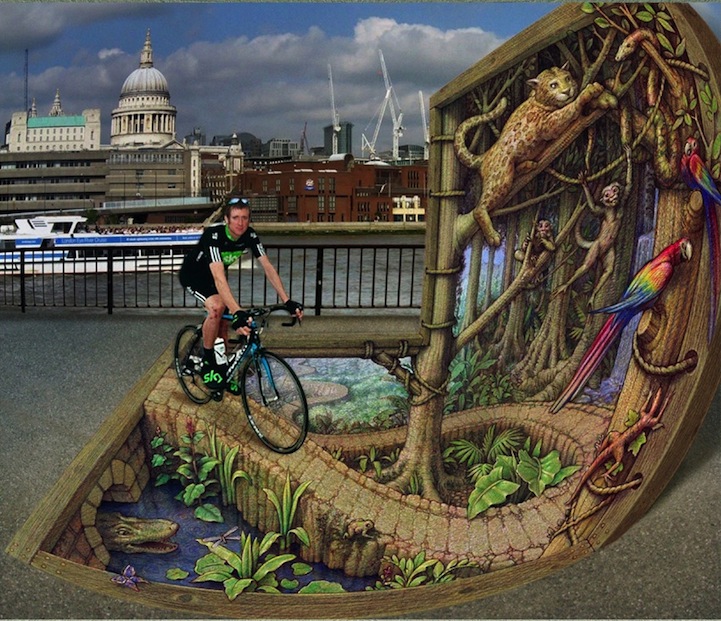 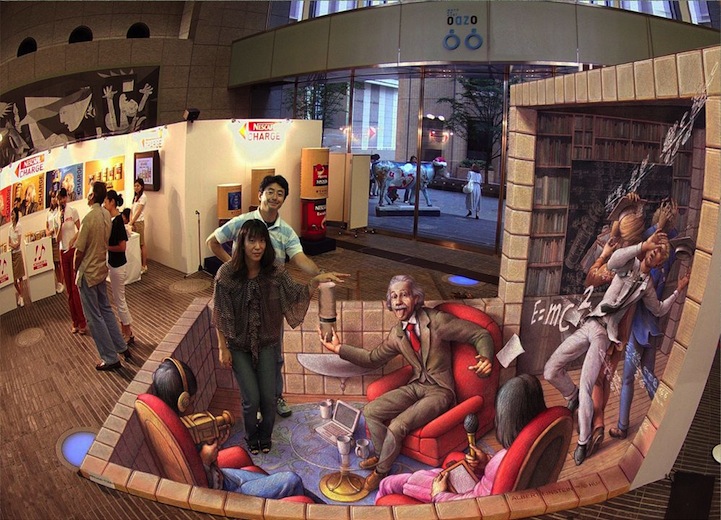 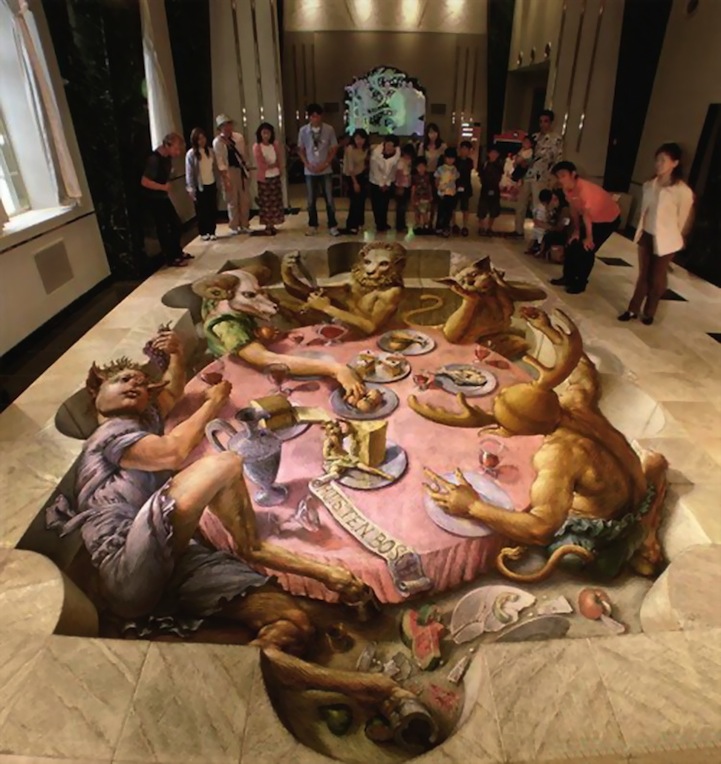 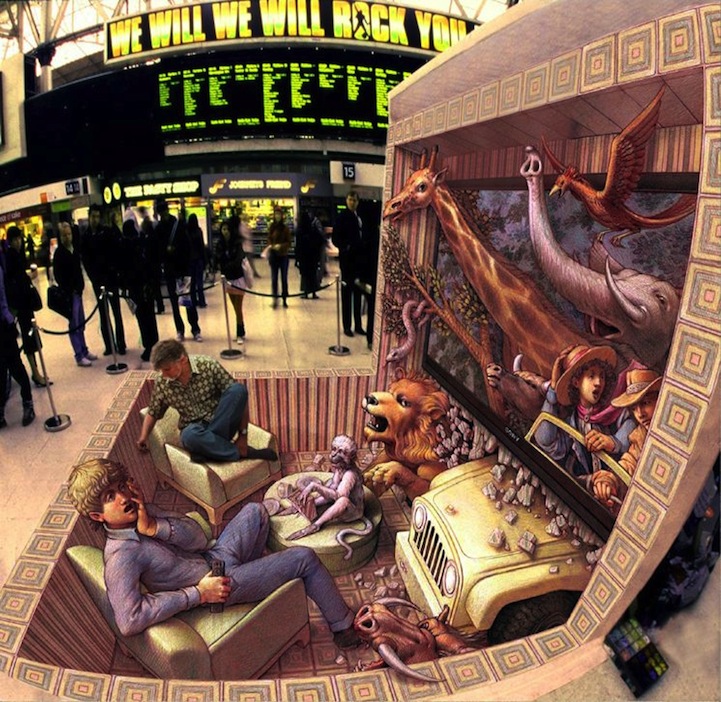 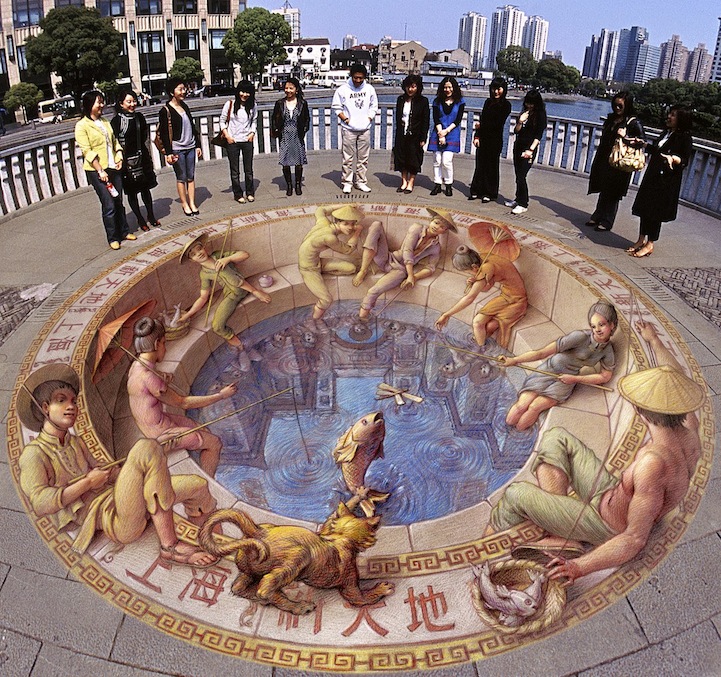 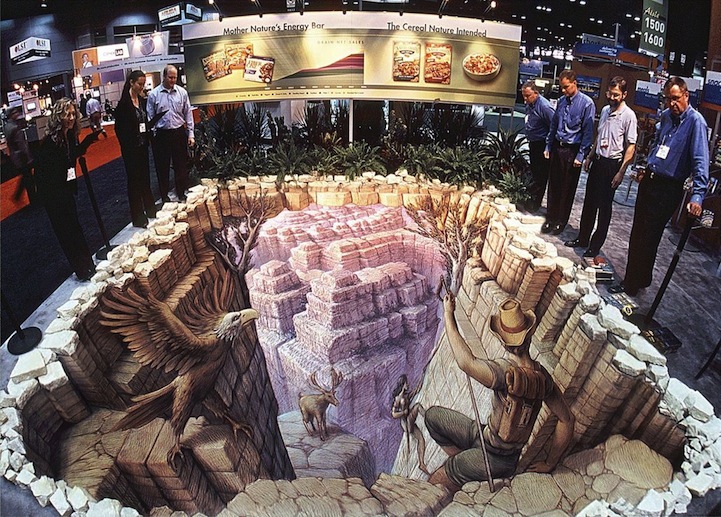 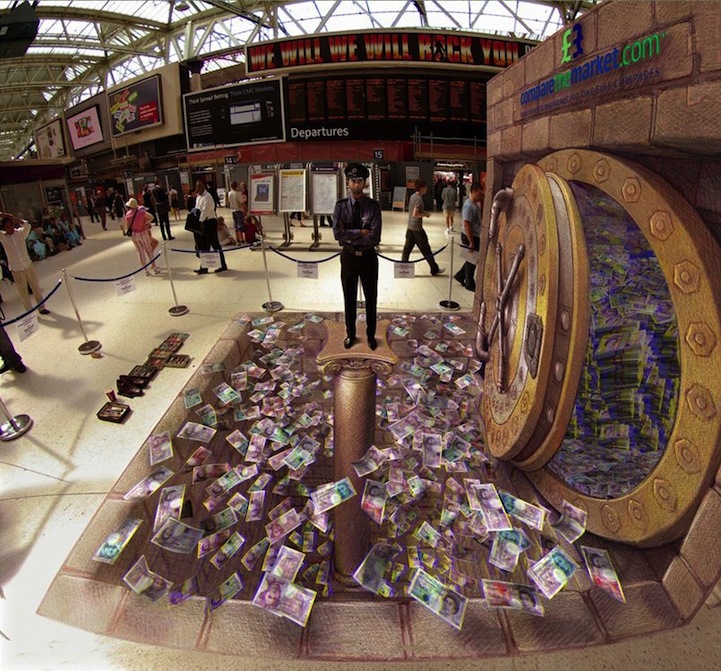