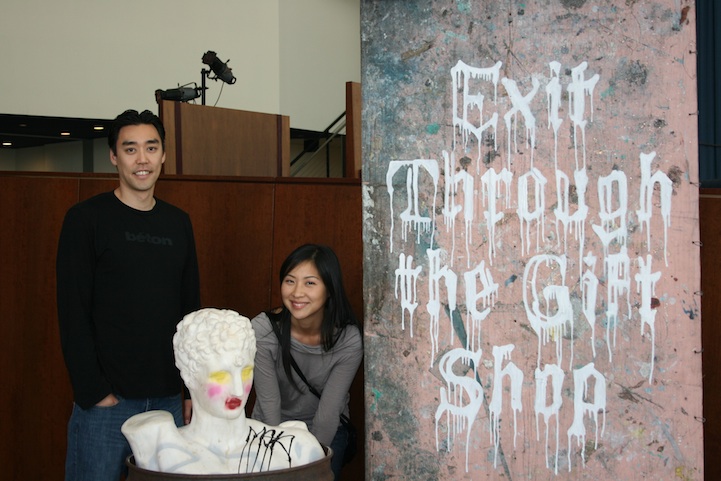 On Friday, the My Modern Met team headed to ArcLight in Hollywood to see Banksy's new film Exit Through the Gift Shop. Not knowing exactly what to expect from the illusive artist, we came with few expectations and left with quite a few surprises.

Eugene, Annie and I decided to make a few stops before our movie. Since Banksy just hit LA with some new pieces, we headed over to Downtown to see this particular one. If you hadn't heard, his other piece was already taken down. 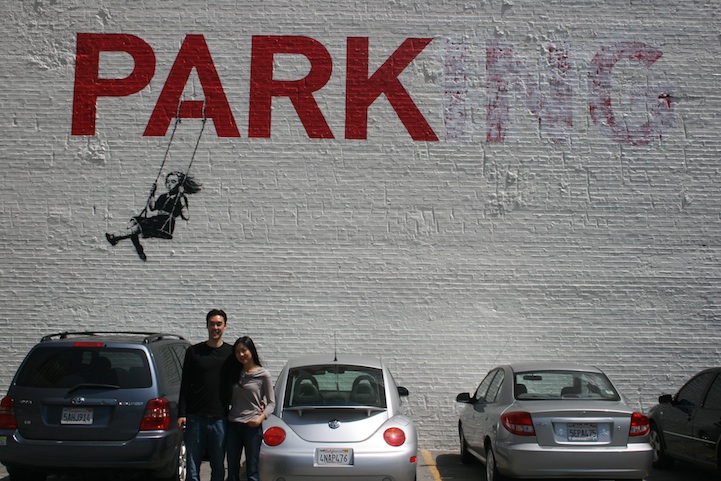 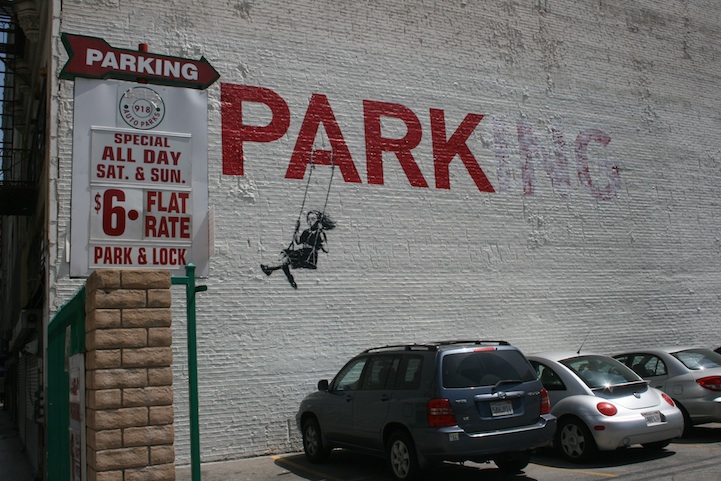 After turning a corner we came to a parking lot and stared up at the wall. Maybe it's because we've written about Banksy so much on this site that I was truly moved by the experience.

It brought to mind this quote from him, “Imagine a city where graffiti wasn't illegal, a city where everybody could draw wherever they liked. Where every street was awash with a million colours and little phrases. Where standing at a bus stop was never boring. A city that felt like a party where everyone was invited, not just the estate agents and barons of big business. Imagine a city like that and stop leaning against the wall – it's wet.” 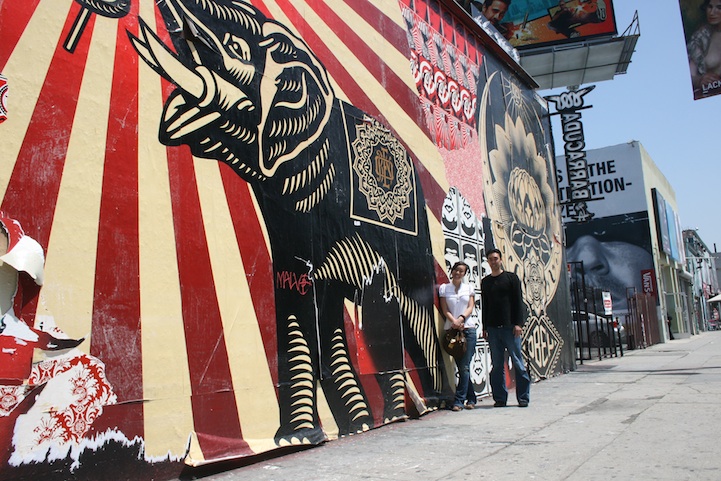 We then hit up Shepard Fairey's new work on Melrose that Eugene wrote about a few weeks ago. Not as impressive as seeing that Banksy but still a treat to see Fairey's work up close and personal. 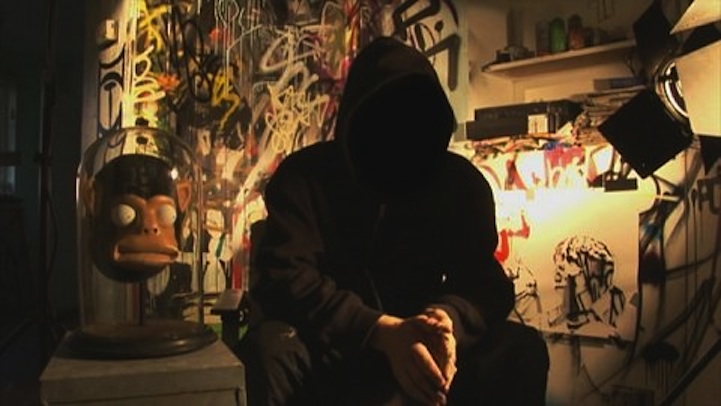 Now back to the movie. You can read a really good LA Times article about it, here. Though I'm no film critic, what I can say is that anyone who enjoys street art, scratch that, any art should see it. Though you still don't get to see much of Banksy (the guy's in a black hoodie, his face hidden and his voice disguised), you get to hear him. And just like his witty and clever art, the man oozes charm.

The unbelievable story of a funny Frenchman turned artist will keep you interested throughout, but the exclusive footage of Banksy, Shepard Fairey, Invader and other infamous street artists at work is the real reason why you should see this movie. It's like we're getting a rare look inside the secret life of a street artist.

At the end of the two hour journey, you're gently dropped off the ride, but you're left wondering what art is. Who really decides what becomes popular? As street art gains international recognition, where does the movement go from here?