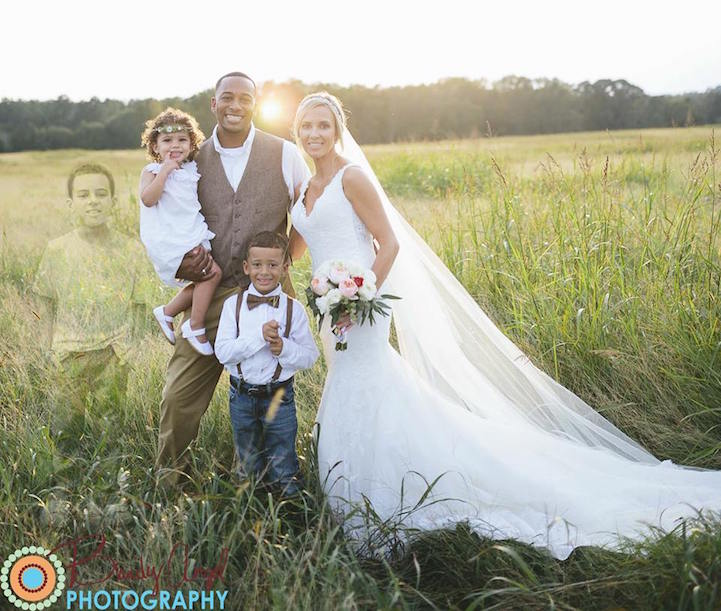 Before her wedding on October 9th, Anna Bozman Thompson knew it would be a day filled with both beautiful and heartbreaking memories. These conflicted emotions came about because Anna and her husband Travis lost their 8-year-old son Lake back in May. Since 2012, the young boy had been battling Leukemia and the family postponed the wedding so that Lake could be taken care of. All along, he was meant to be Travis' best man. “It was a really special day,” the bride revealed, when talking about how the ceremony ultimately turned out. “[But] it was bittersweet because Lake wasn't there.”

To cope with this difficult time in their lives, Anna was motivated to creatively channel her sadness. After being inspired by an image on social media, Thompson decided to have Lake Photoshopped into the family's wedding snapshot. She then recruited wedding photographer Brandy Angel of the nonprofit BeTheChange-Brandy Angel Foundation because the artist previously captured portraits of Lake and understood their situation. “Although I felt his presence that day and I was actually happy, it was almost unbearable to take family pictures without him. I became anxious and almost irritated, but I knew these pictures had to be taken. They turned out beautiful and thanks to my amazing photographer, she was able to get some special edits done,” Anna writes. “I needed this picture more than she or anyone could ever know. THIS is my family. And we will be together again.”

The mom also mentioned that Lake sent her a meaningful message a few days before the wedding. Since Anna planned to have an intimate ceremony, she didn't feel the need to buy a wedding dress. Then, a mere two days before October 9th, the TLC show Say Yes To The Dress contacted her, asked her to be on the show, and offered to give the mom a dress free of charge. It turns out that a child cancer foundation had submitted Anna's name and she ended up receiving this extraordinary opportunity. Thompson explained, “They surprised me and I guess when that happened I felt like it was Lake saying, ‘It's okay, I want you to be happy.'” 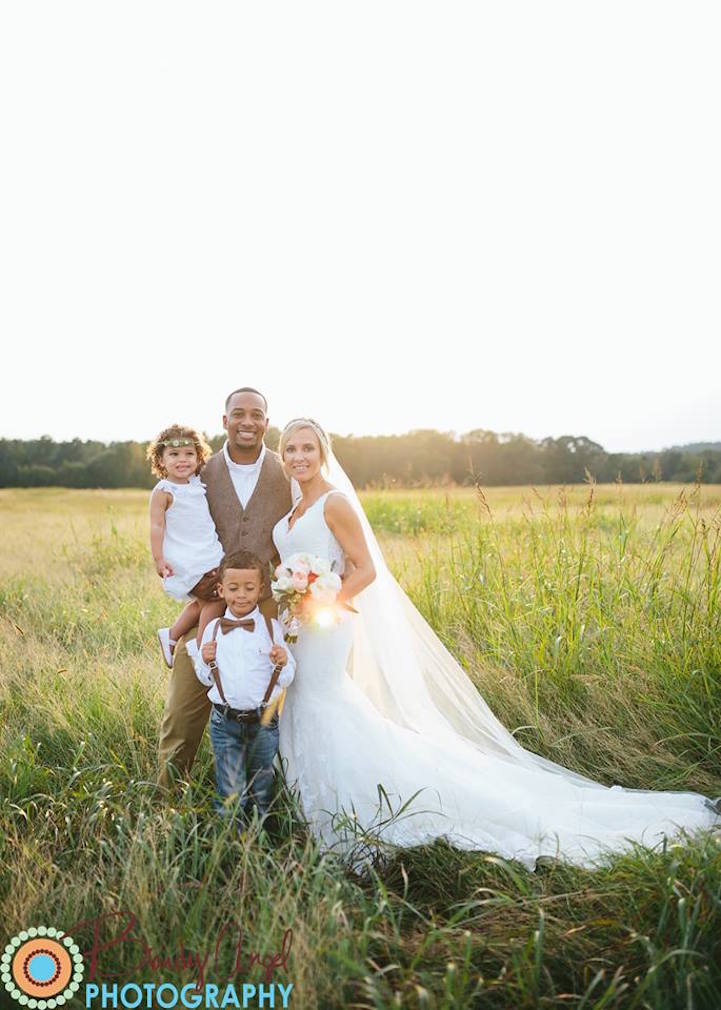 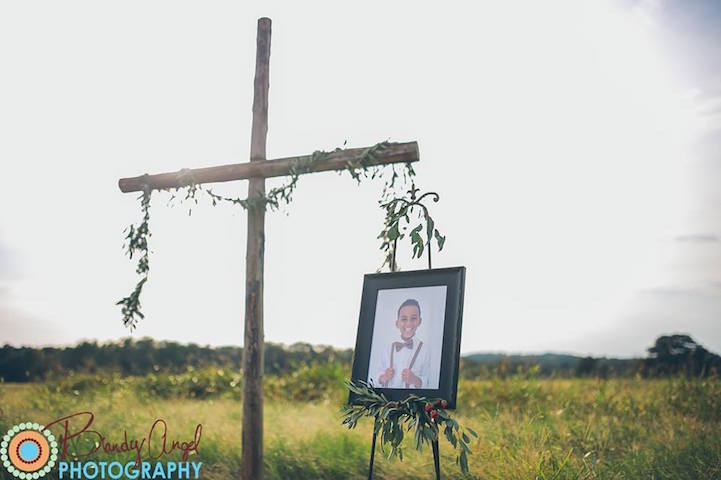 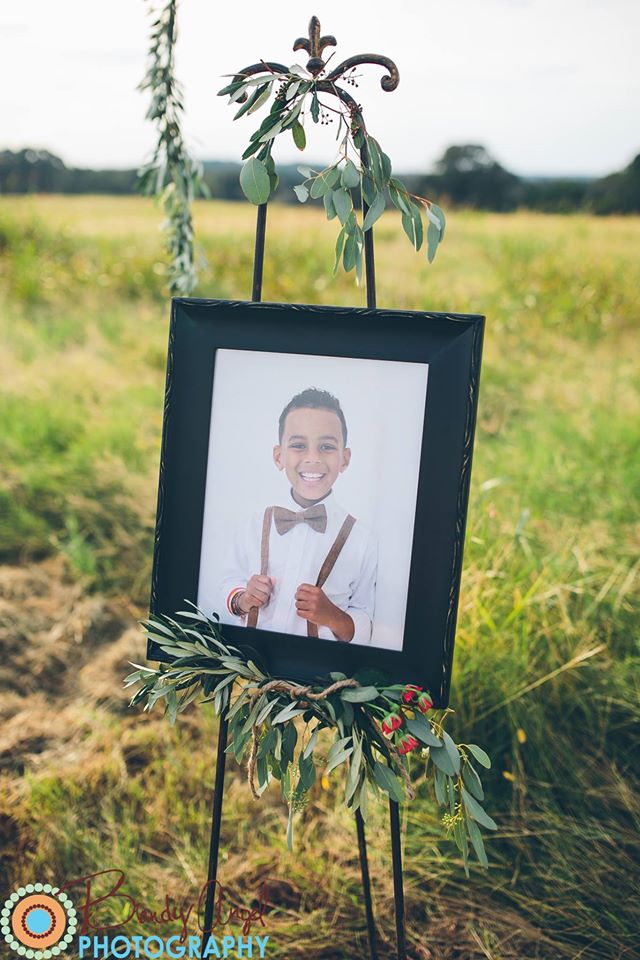 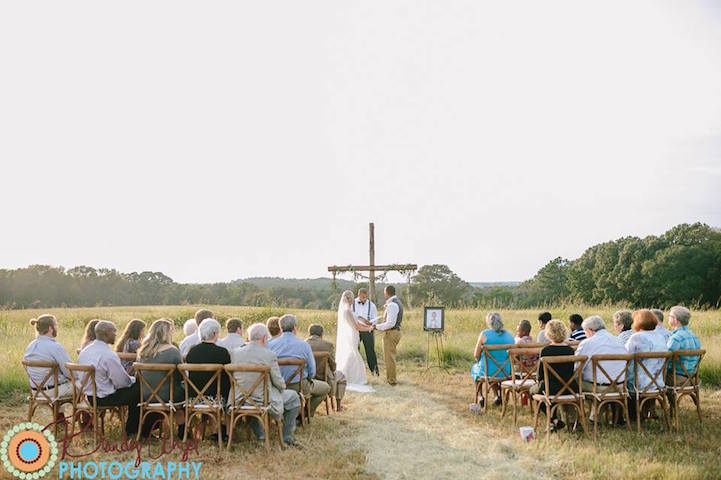 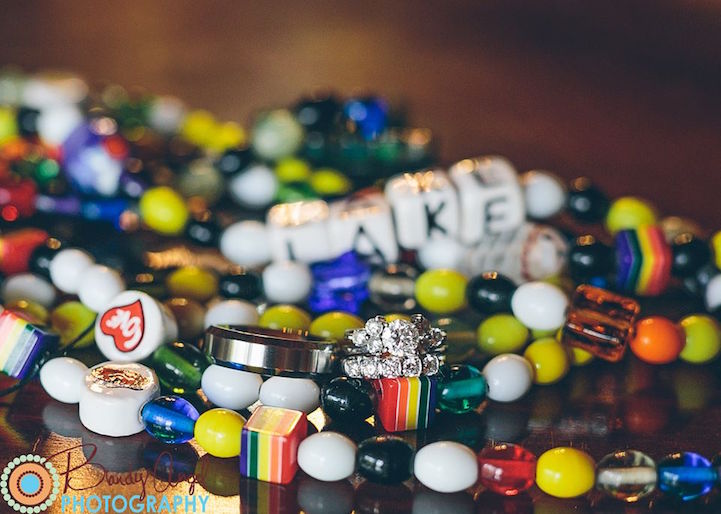 All images via Brandy Angel.