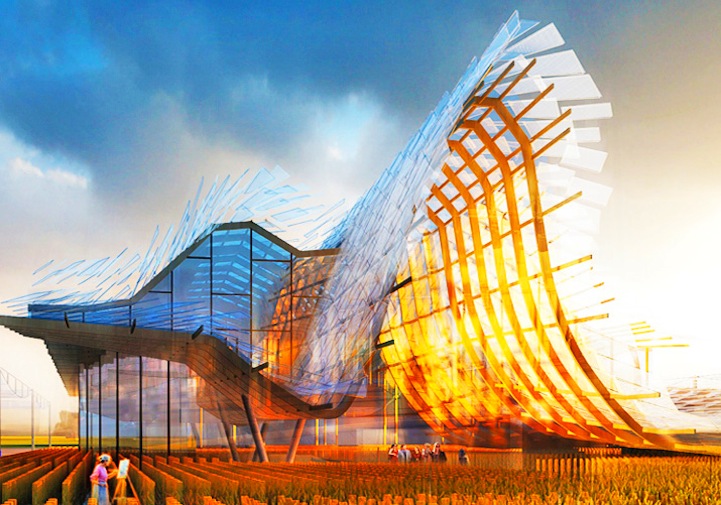 The winning entry to build China's Pavilion at the Milan Expo 2015 is a stunning reinterpretation of a public space. Designed in collaboration between Tsinghua University and New York-based Studio Link-Arc, the duo rejected the notion of a typical pavilion, and instead came up with a structure that resembles billowing fields of wheat. It's a thoughtful and creative twist on the Expo's theme, “Feeding the Planet – Energy for Life.” According to the architects, the 5,000-square-meter space entitled Land of Hope is centered around the idea that, “hope can be realized when nature and the city exist in harmony.”

The Pavilion's floating roof plays a large role in capturing the spirit of the Expo. Conceptually, the undulating form merges the city skyline to the building's north with the natural landscape to the south. It's designed as a timber structure that references the raised-beam system found in traditional Chinese architecture, and is clad in bamboo shingled panels to reference the country's terracotta roof construction.

Inside, there will be exhibitions and cultural offerings from the 40 Chinese provinces. The centerpiece of it all is the “field of hope,” a multimedia installation that's a landscape of LED “stalks” meant to mimic the form of wheat. After visitors have taken in the Pavilion's sights, sounds, and short films, they can stand on a raised platform outside and enjoy the expansive views of the Expo's grounds. 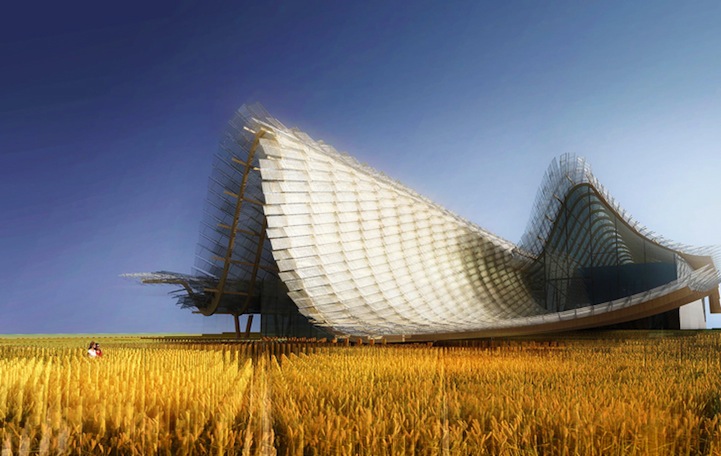 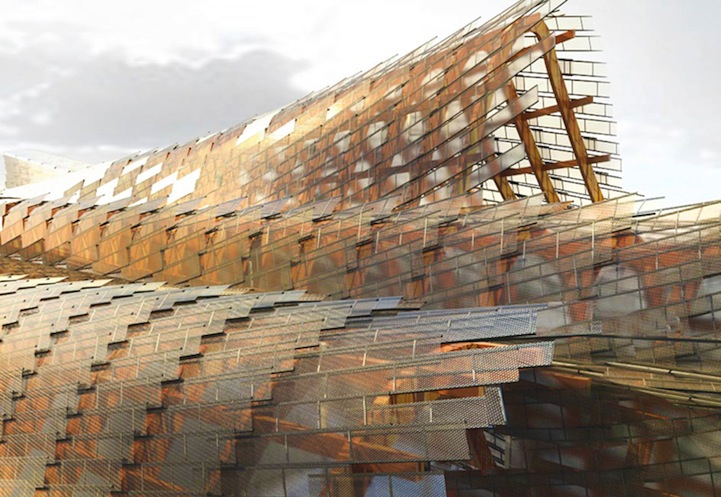 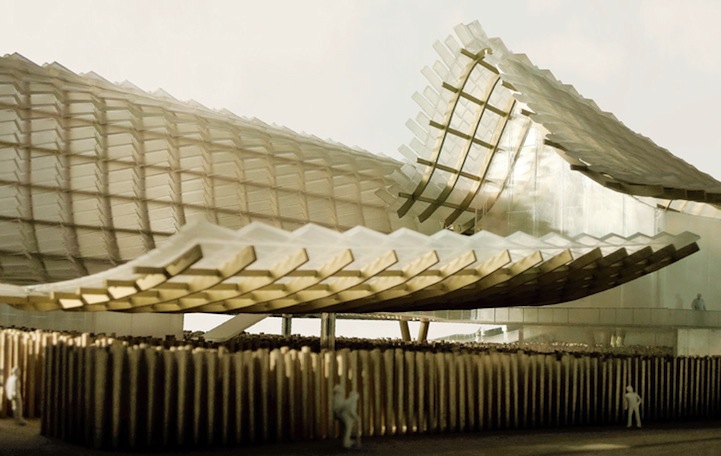 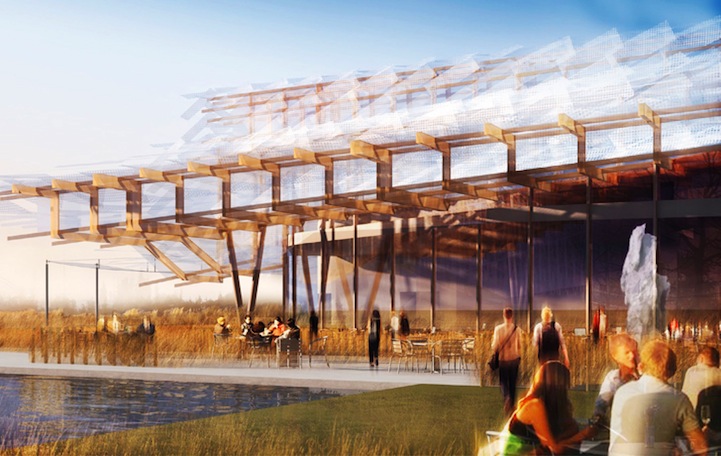 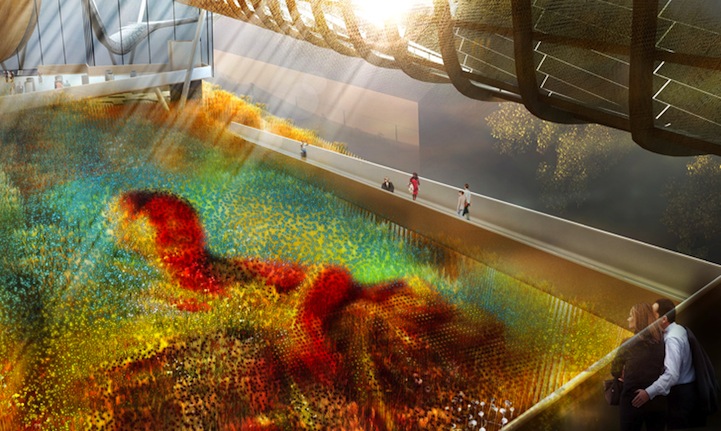 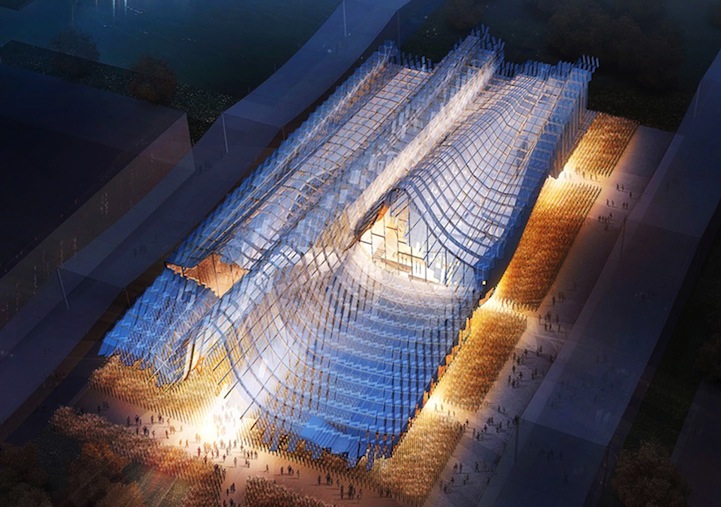