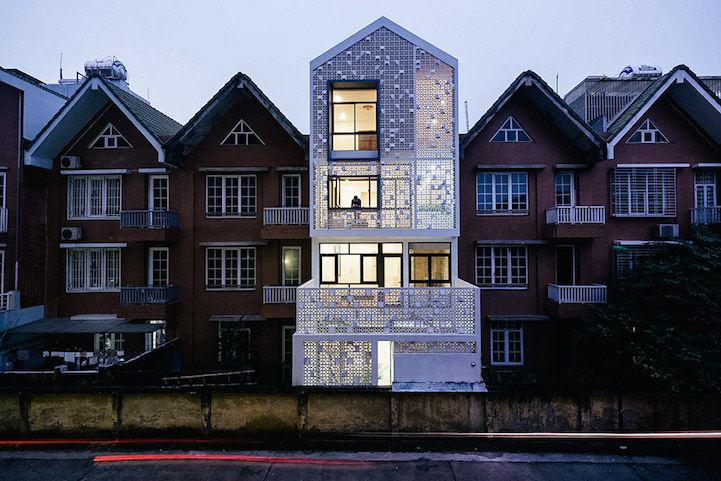 The Vietnam-located Cocoon House is proof that a relatively simple idea can have a big impact on a structure's appearance. Designed by Landmak Architecture, the stylish home is the result of a redesign–the firm was tasked with renovating a red brick row house, but instead of keeping the original look, the designers took an opposite approach. They installed a shell of concrete white bricks around the facade. Now, the Cocoon House is the first thing you'll notice on the block.

Aside from looking sleek and modern, there are some added benefits to the new facade, one being privacy. The decorative pattern obscures the view into the many windows and doors of the home, yet it still allows sunlight to shine through. This same effect was carried over to the balcony and terrace that face the bedroom and kitchen. Outside, a private garden appears hidden, but it still receives rain and sunlight to encourage natural growth–just like a real cocoon. 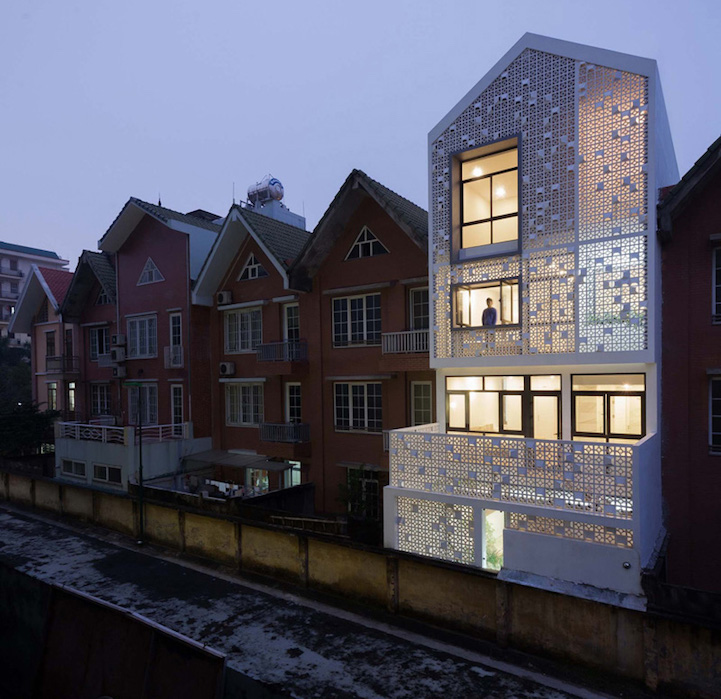 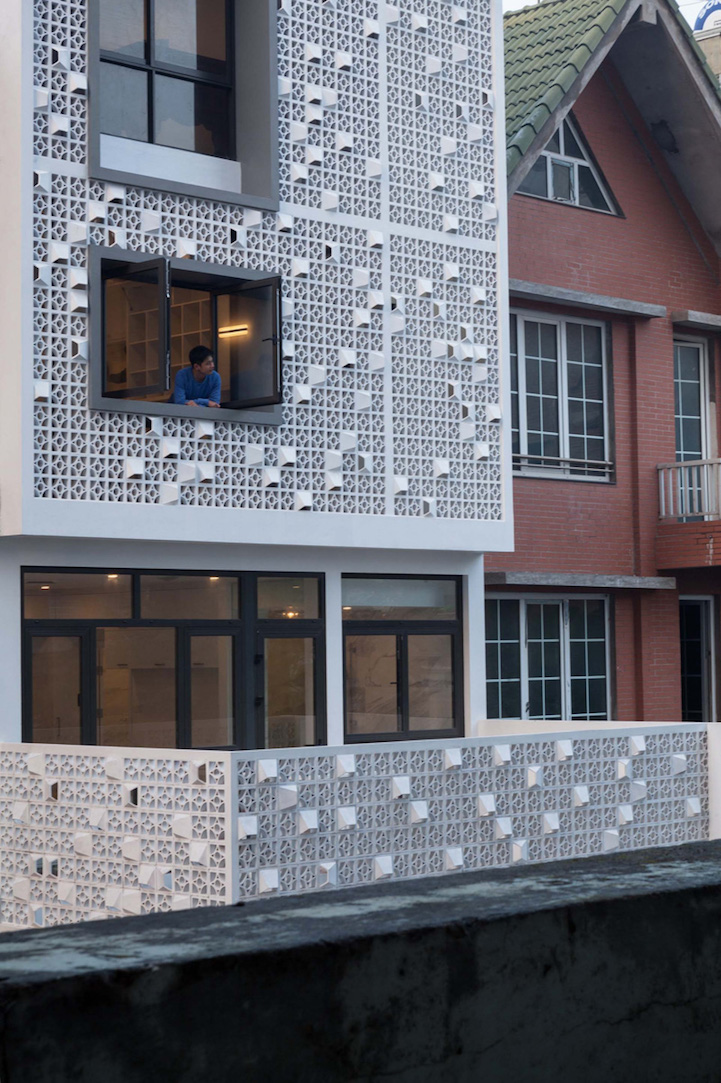 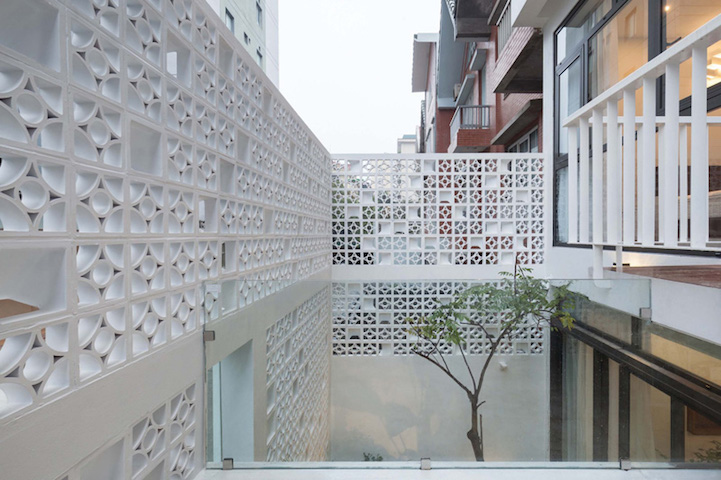 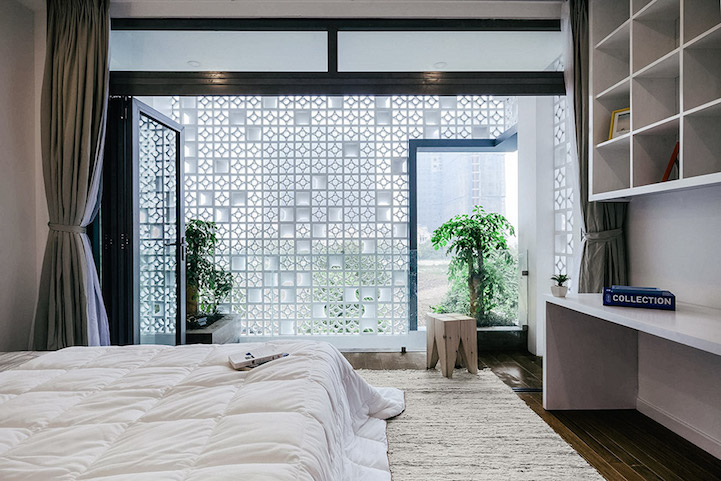 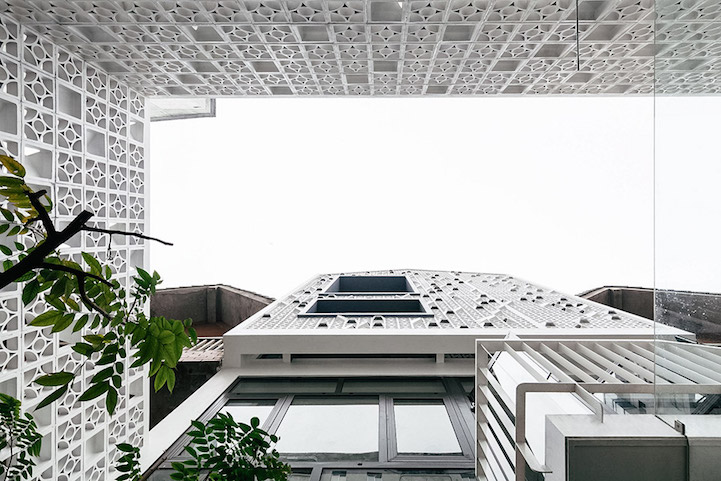 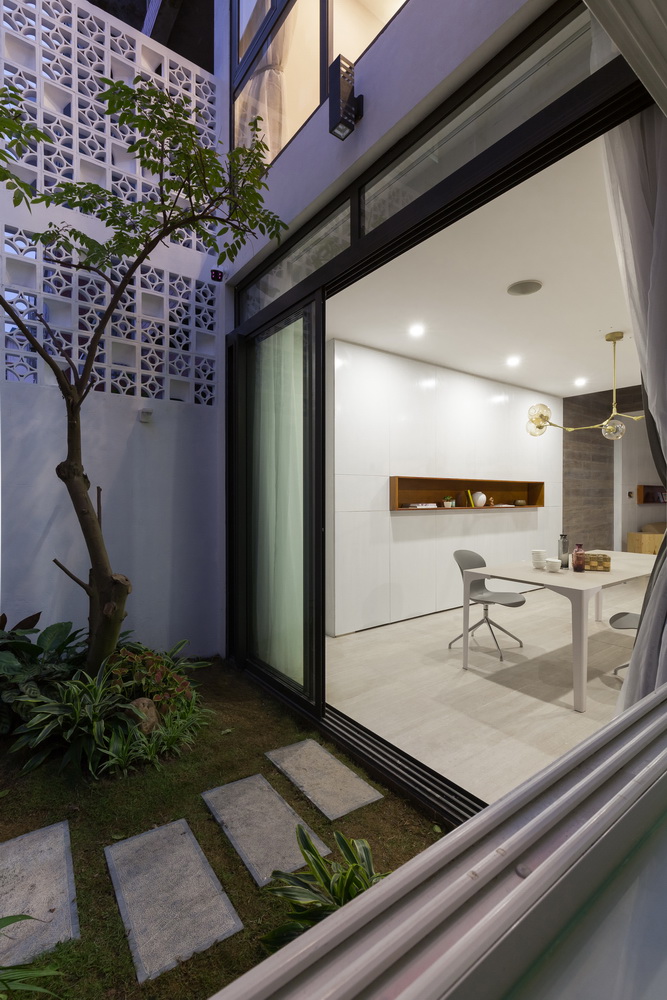 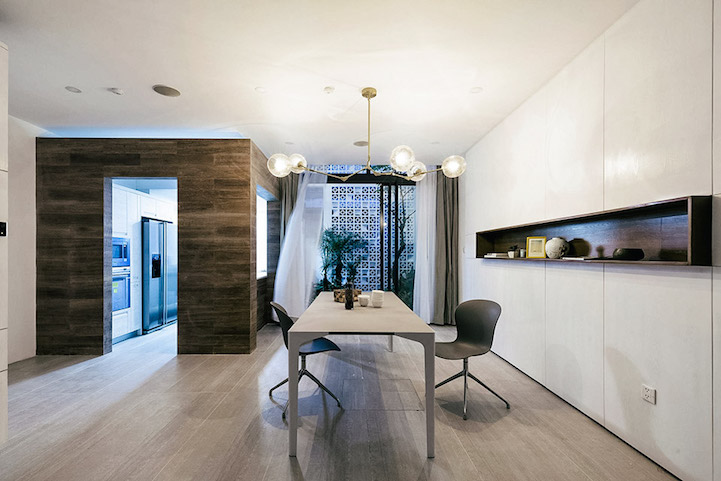 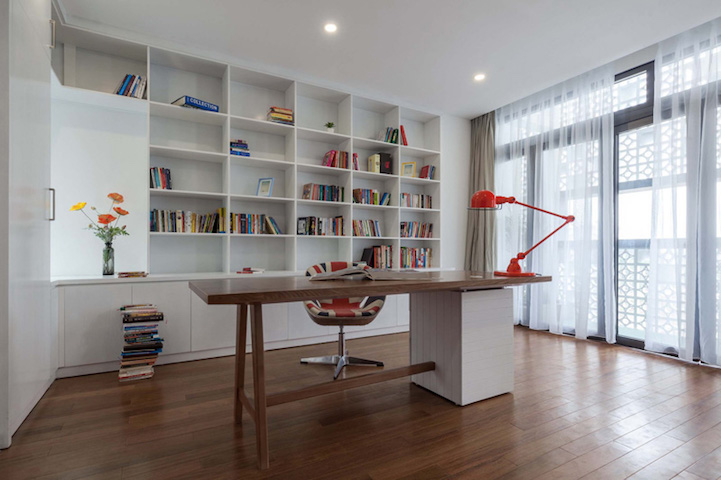 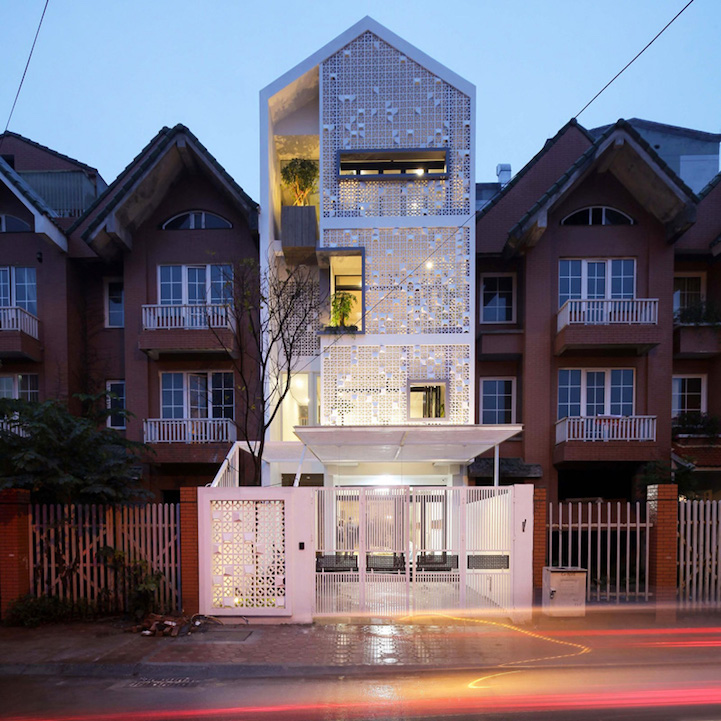