Geometric Metal Triangles "Redraw" the Shape of a Waterfall 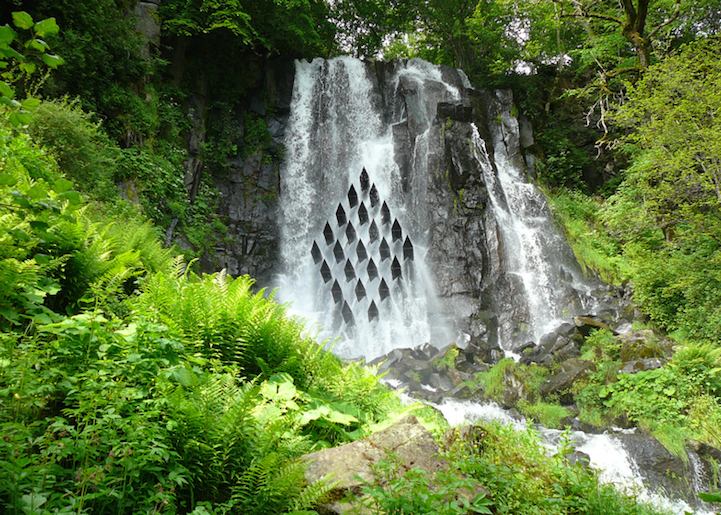 Installation artist Laurent Gongora had the idea of “redrawing” the shape of a waterfall in France's mountainous Massif Central region. To do this, he attached 24 geometric metal elements to the rock behind the Cascade de Vaucoux that together forms an eight-meter-high diamond. It diverts the rapidly-falling water over the pointed shapes and creates new, unexpected directions for the torrent.

Gongora titled his project Les Cascadeurs, which translates as “the stuntmen” and also relates to the French word for “waterfall.” Considering what he had to do to install the piece, this title seems appropriate. The artist worked with two climbers over three days to hang the structure from rocks and trees above the site as the water gushed the entire time. Six steel cables were used to secure it into place.

Stuntmen can also refer to the way that Gongora wants nature to interact with his work. Horizontal bars beneath each peak were designed for adventurous wildlife to have some respite from the falling water. “There is a small wooden perch under each roof, in case a ‘stunt bird' would like to come and shelter,” Gongora explained. Its roofs were colored black to match the local stone and were then fixed onto the steel base frame that's hidden by the water. While not natural, there's a beautiful subtly to Les Cascadeurs as it blends in with the landscape. 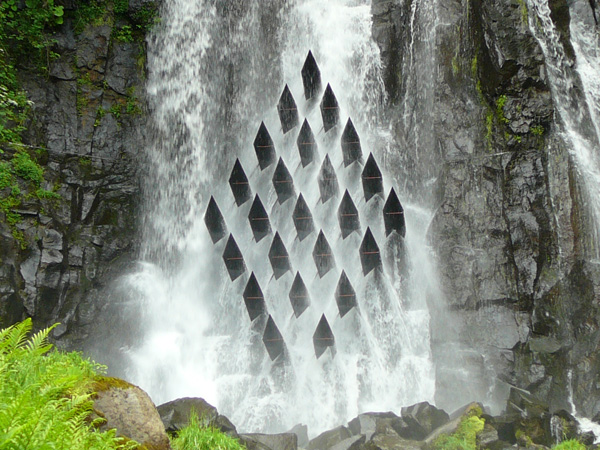 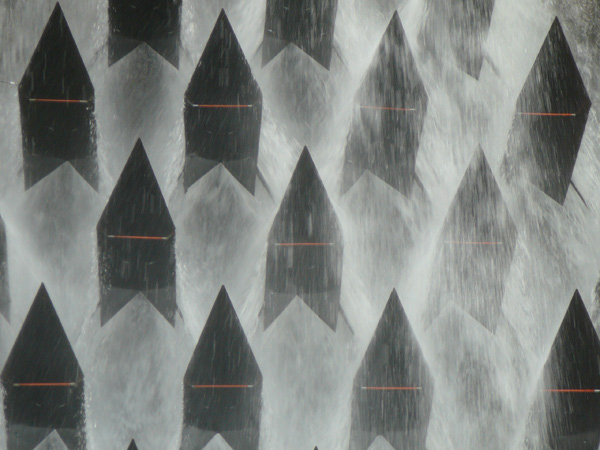 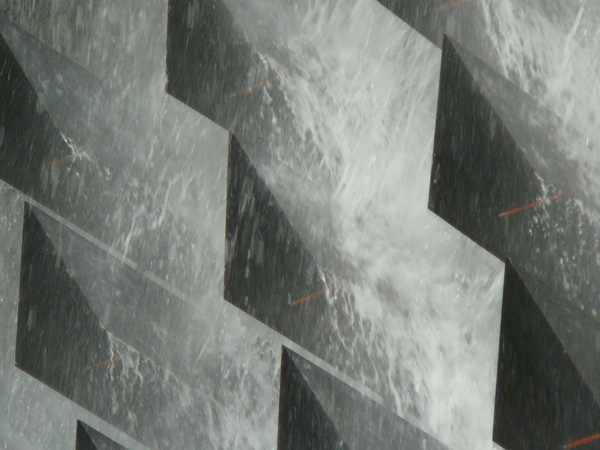 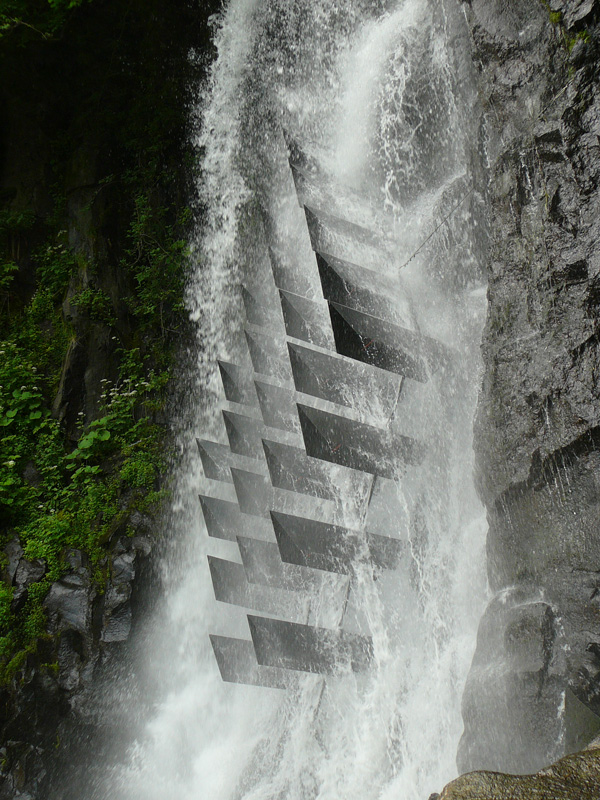