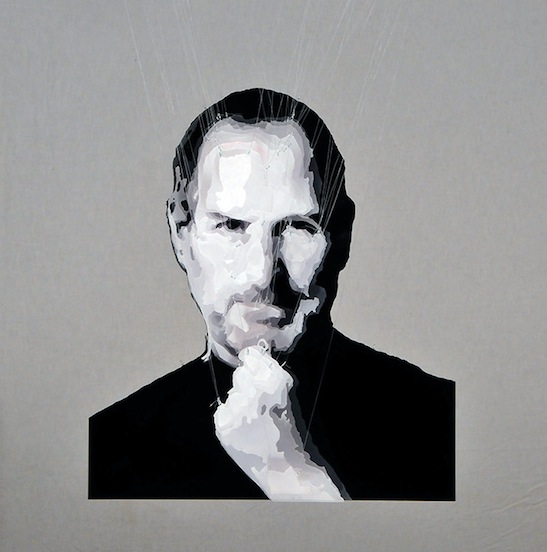 While artistic tributes to Steve Jobs are springing up everywhere, we found this multi-layered sculpture of the Apple co-founder uniquely beautiful. (You may remember that we just posted about Michael Murphy's incredible art a little over a week ago.) Today we got in touch with him, asking him why he decided to create his own, unique tribute.

“I began designing this piece about two minutes after I heard the news of Jobs passing,” he tells us. “It's an expanded graphic portrait of Steve Jobs rendered with bulletproof glass that I found in a dumpster. I worked on it non-stop for two days, finishing it on Friday.

“Making a portrait of Steve seemed obvious and necessary. I've used his computers since he began making them. I have always used Apple computers to make my art. I am indebted to Steve Jobs for his creations and his inspiration. There are very few people I idolize in this world. Steve Jobs is one of them.” 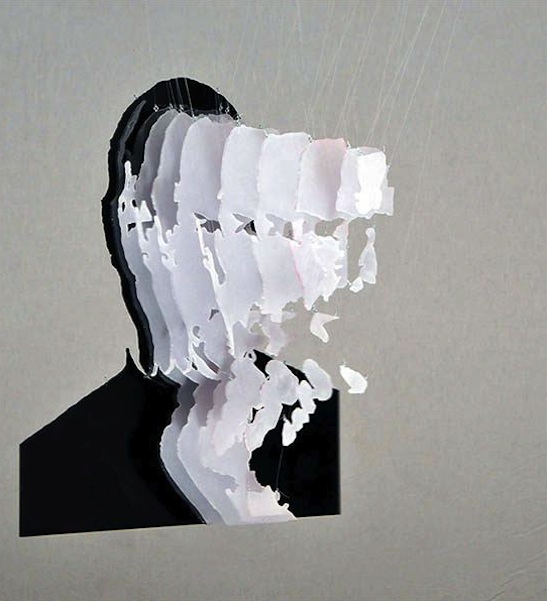 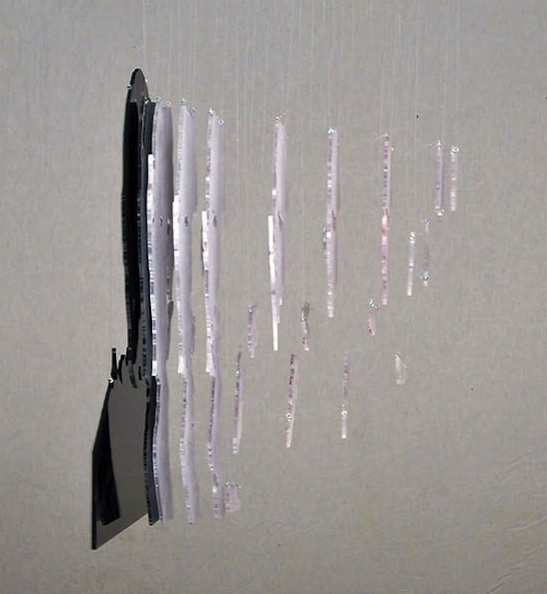 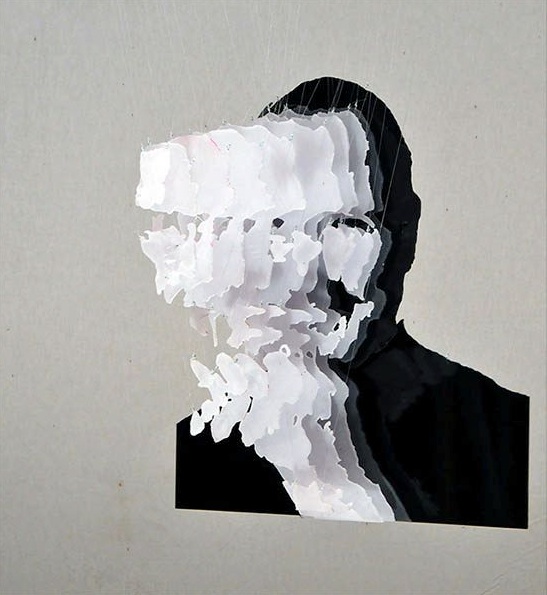 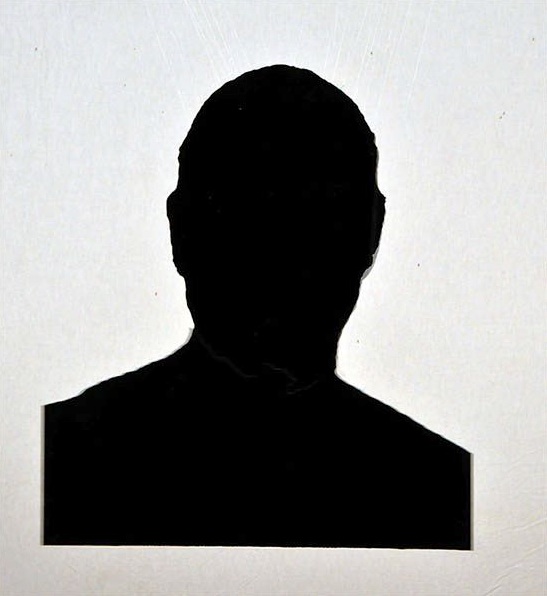