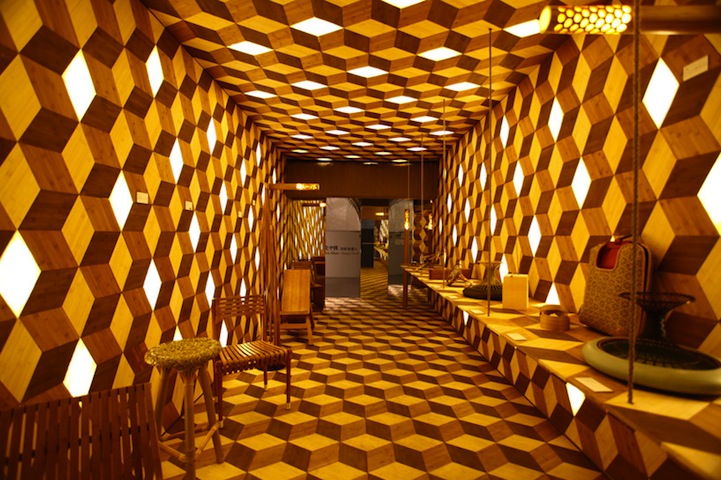 To create these beautiful lights, Dah-Yue Shi placed LEDs behind the bases of each rhombus. On top of the LEDs is a layer of tempered glass with a thin application of bamboo veneer. This allows for the lights to shine through while also blending into the patterns around it. Because of both the patterns and shifts in color, a three dimensional optical illusion is created. This type of lighting system is designed to be used anywhere like clubs, offices, and even homes.

Dah-Yue-Shi also created a smaller and easier to manufacture bamboo light. The bamboo tube LED lamp uses much of the same process as the wall lights. However, the outside is made out of rolled up sheets of bamboo which makes it crack-proof. The veneer is applied only to the cut out areas to lessen the harshness of the light. A magnetic base is also featured which allows the user to move it wherever and however they want. 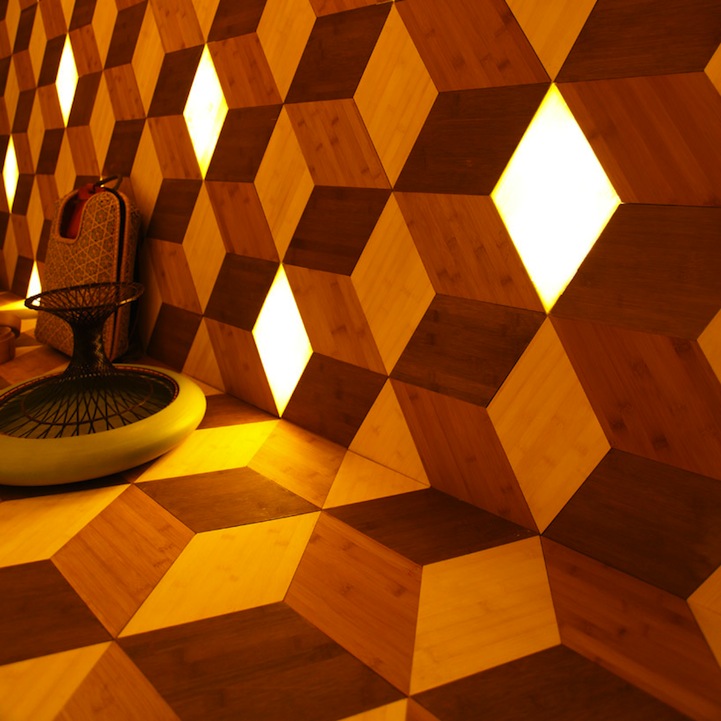 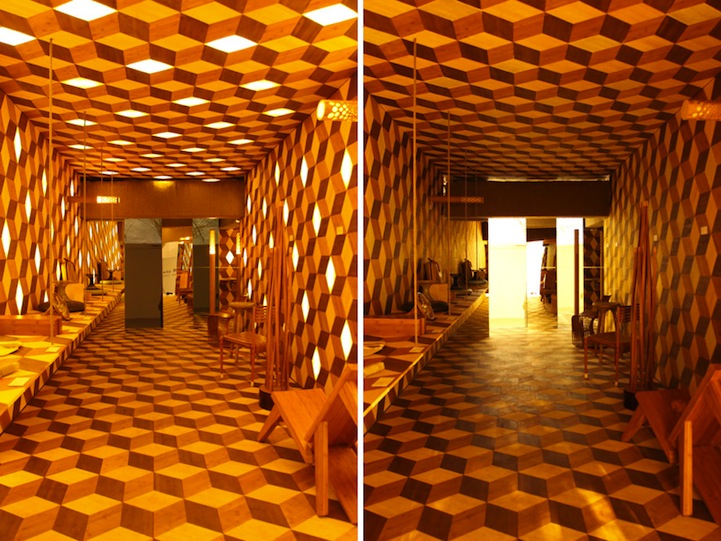 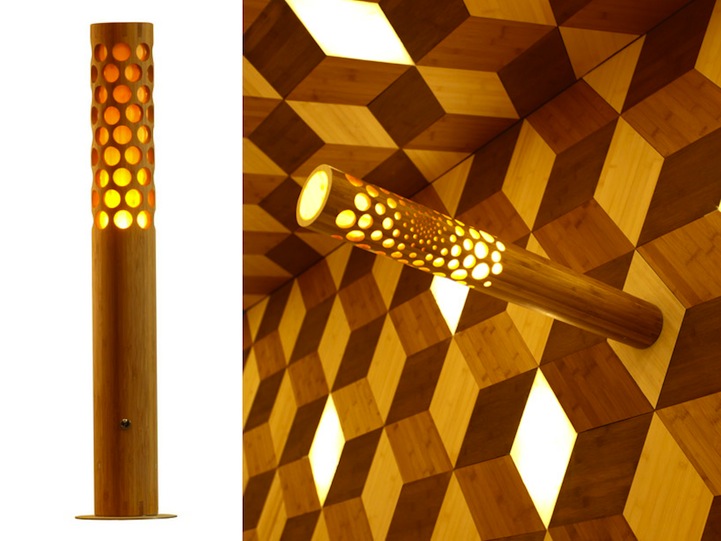 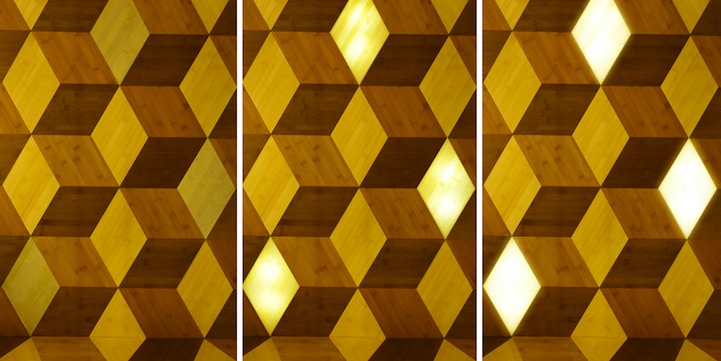