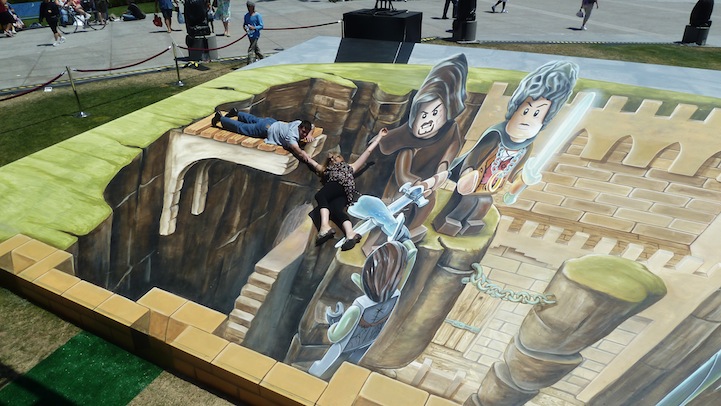 Can't get enough of 3D street art? One of our favorite art crews, Planet Streetpainting, was recently commissioned by Warner Bros. to create one that would help generate buzz for their upcoming video game LEGO: Lord of the Rings.

How did this all come about? After seeing their 3D LEGO Terracotta Army on the Internet, the interactive division of Warner Bros. contacted Planet Streetpainting to create something completely unique for them. Made at this year's Comic-Con in San Diego, the large 11×13 meter piece was completed on canvas. The original design was conceived by Leon Keer, art director of Planet Streetpainting.

As he told us, “I made a design with two main characters of the movie (Frodo and Aragorn) but then made them stand out as Lego figures. In the design, you will encounter a Lord of the Rings landscape and several elements, like they would appear in the game.”

“Design was made by me and the creation was done by Planet Streetpainting artists Peter Westerink, Roland Josuttis, Julio Jimnez and me. It was a great experience, although it was tough staying focused with all the crazy costumed people passing by.”

Even more impressive than the finished 3D painting are the making-of shots. Notice how distorted the piece becomes when viewed from different angles. 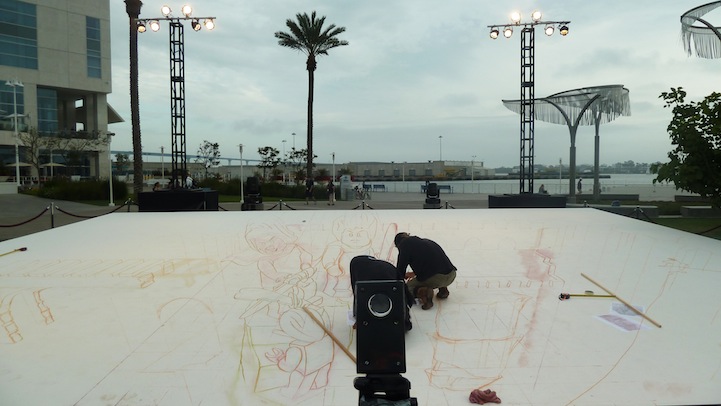 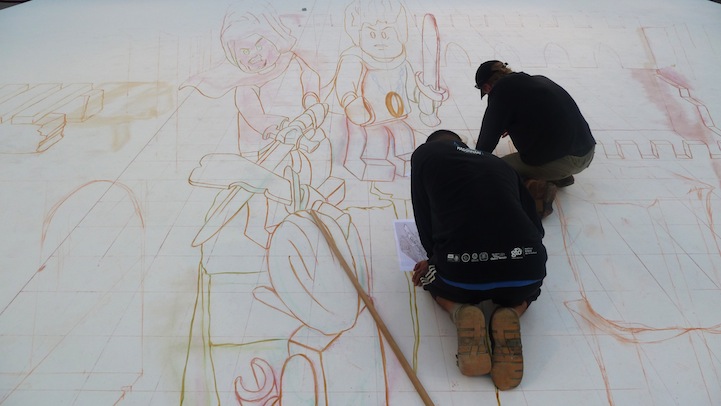 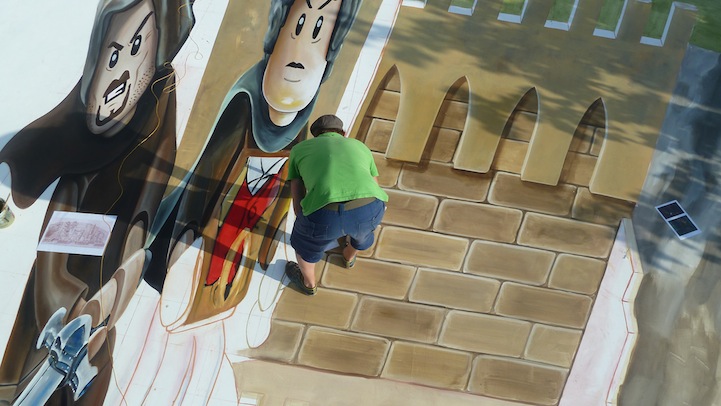 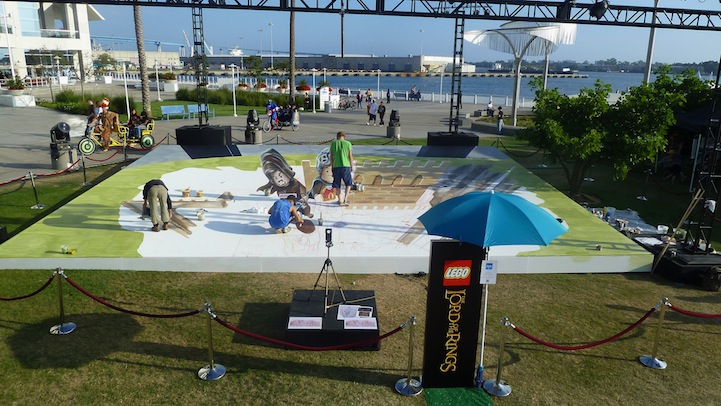 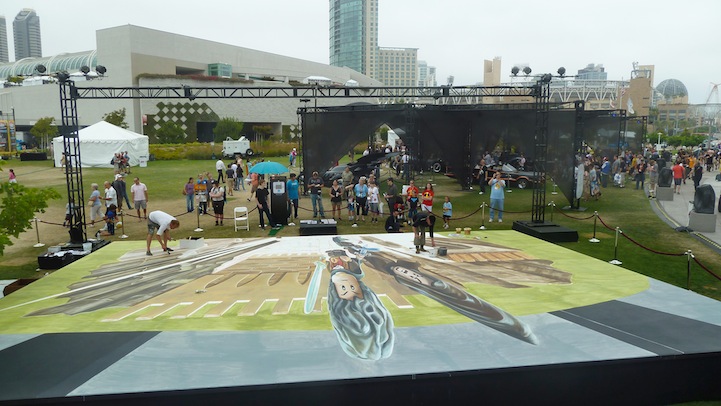 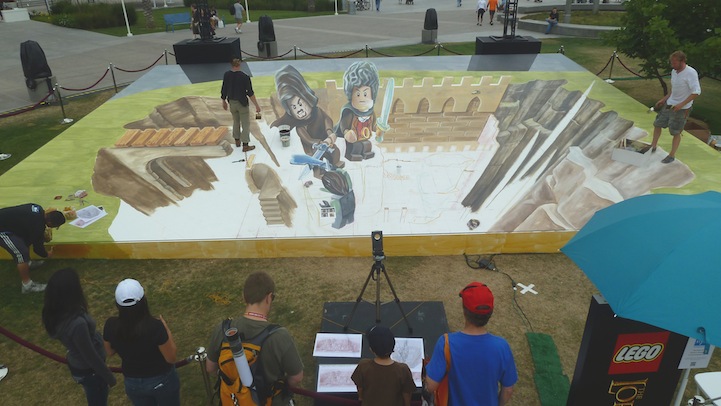 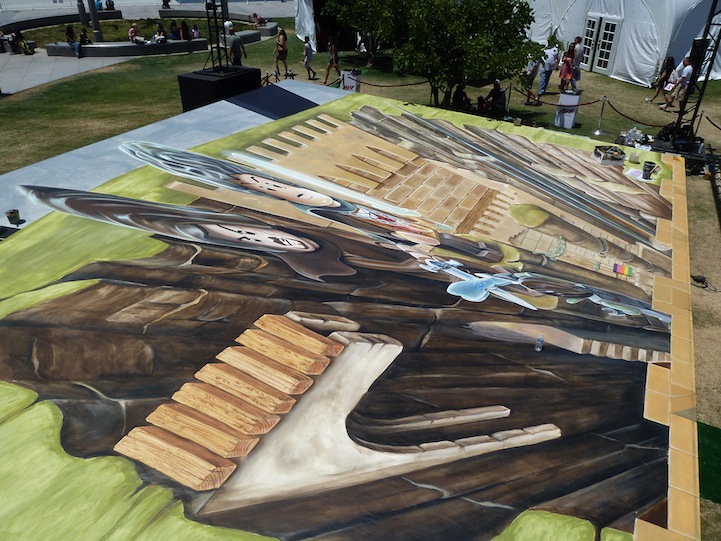 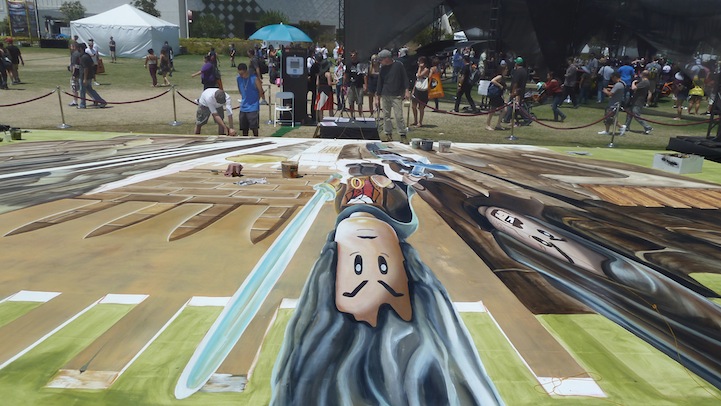 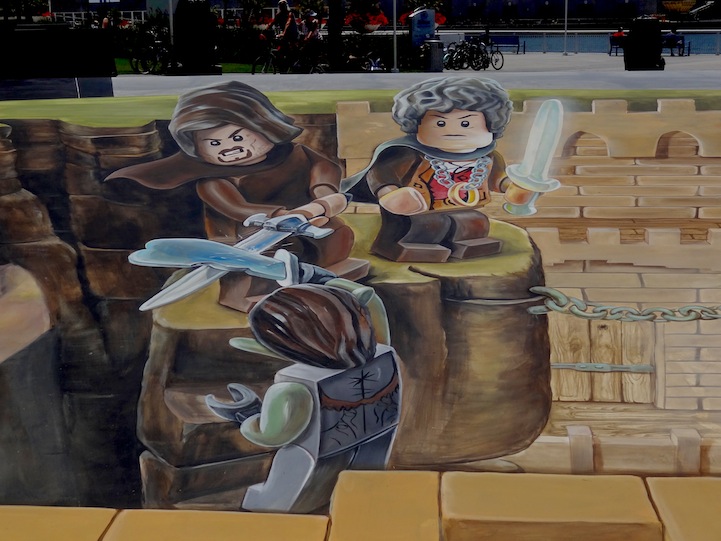 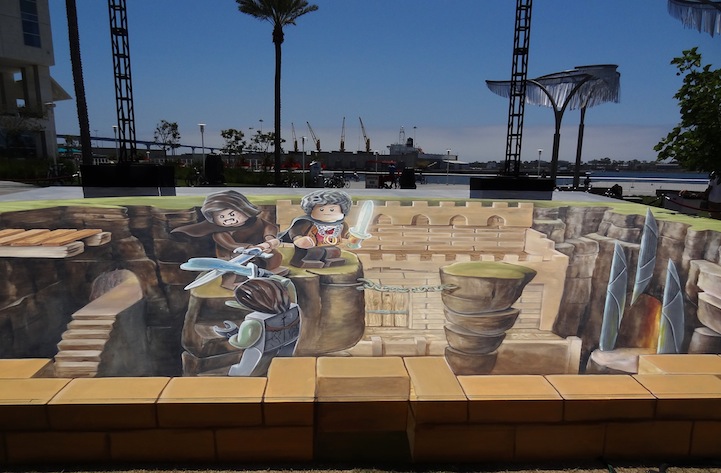 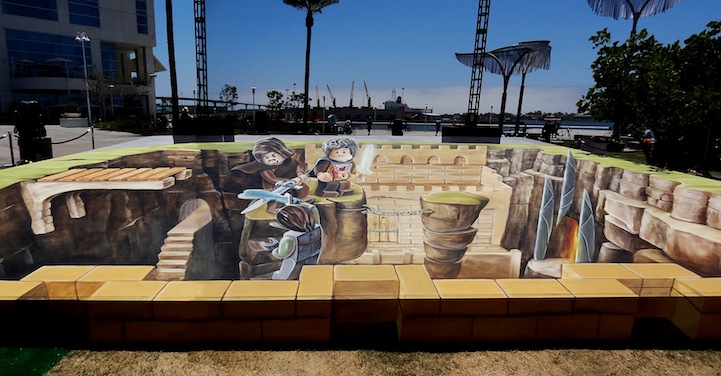