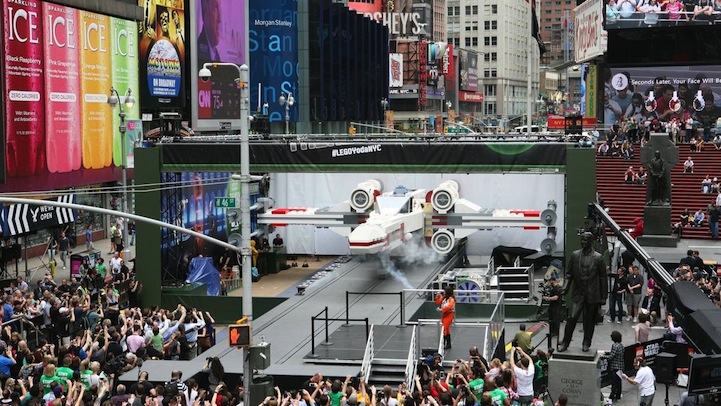 Fans of Star Wars and LEGOs will experience major spikes in their personal geek quotas after reading about this life-sized model of an X-Wing Starfighter built entirely of LEGOs. The iconic Star Wars ship was developed in celebration of the upcoming Cartoon Network series The Yoda Chronicles and is the largest LEGO structure to date.

From initial idea, which was further developed into a computerized design, to final construction, the entire process took more than two years to produce. Using 5,335,200 LEGO pieces, a 32-person team spent more than 17,000 hours to complete construction around a steel frame over the course of four months. The final sculpture was then broken down into 32 sections and transported from Kladno, Czech Republic to Long Island, New York by freight ship, where it was later revealed to the crowds in Times Square.

The final piece stands 11 feet tall and 43 feet long, with a wingspan of 44 feet, and it weighs almost 46,000 pounds. It is 42 times larger than the identical retail set. In an interview, LEGO Master Builder Erik Varszegi said, “Aside from the Millenium Falcon, the X-Wing is probably the most iconic ship from the series. With all of our retail redesigns of the ship–there have been about four or five since it was first introduced–we always come back and try to outdo ourselves. I think this one definitely accomplishes that.” The ship is currently in Times Square, New York, where visitors are invited to check out the LEGO design and even climb up into the cockpit. Next, it will head off to LEGOland California, where it will remain on display for the rest of 2013. 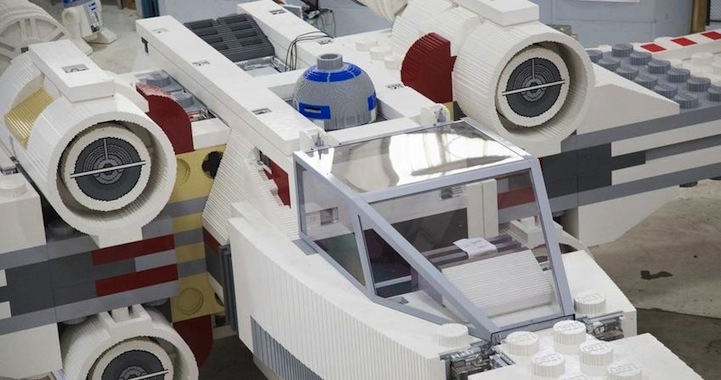 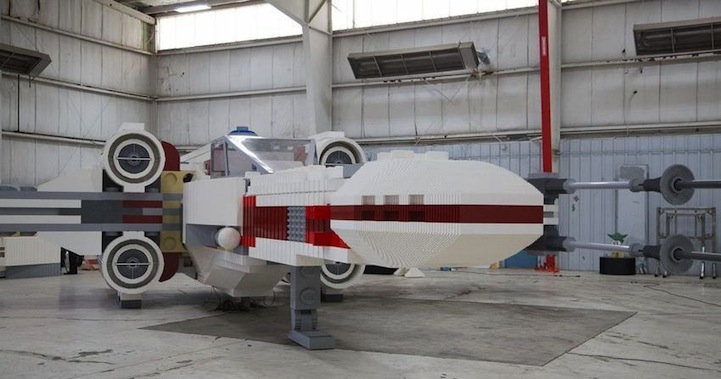 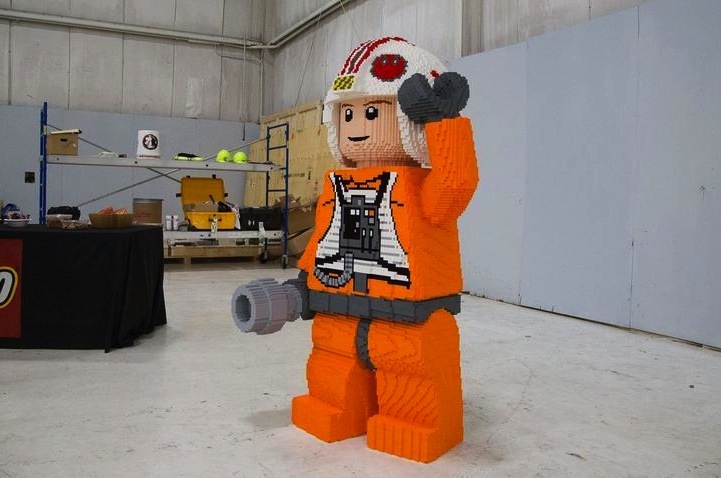 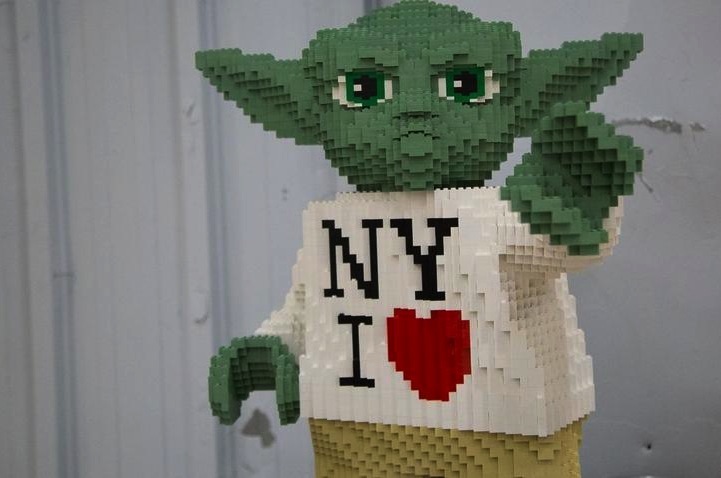 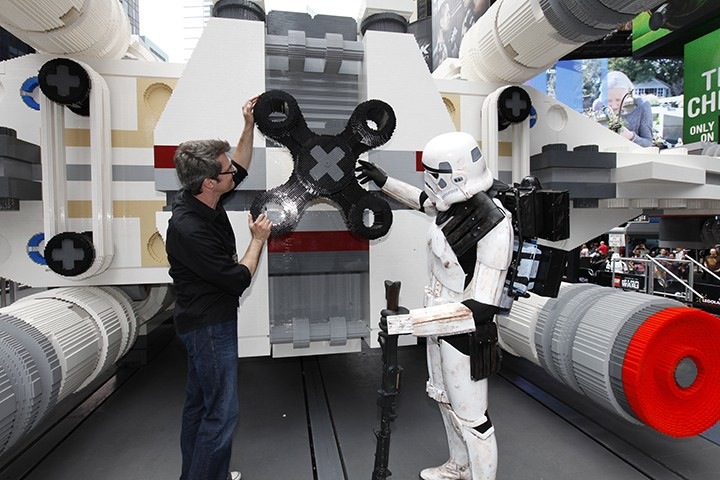 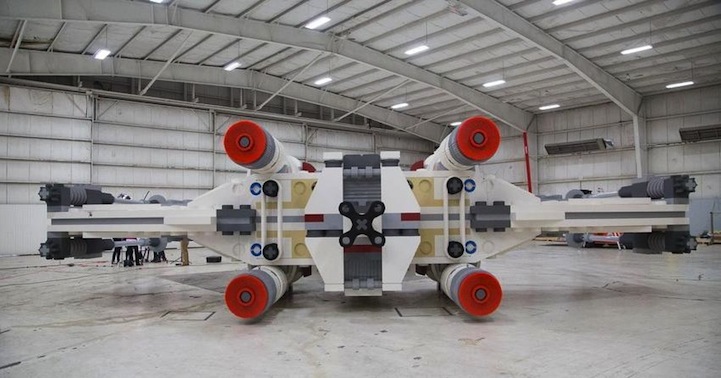 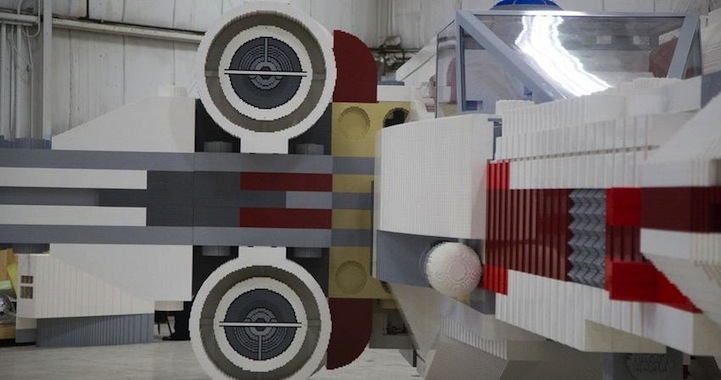 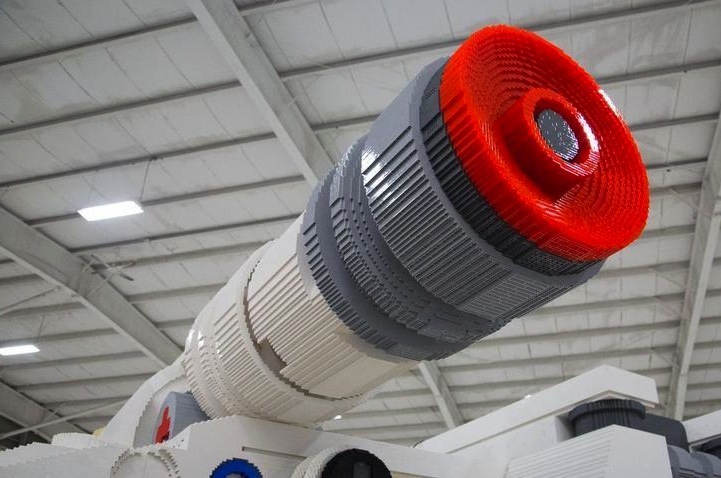 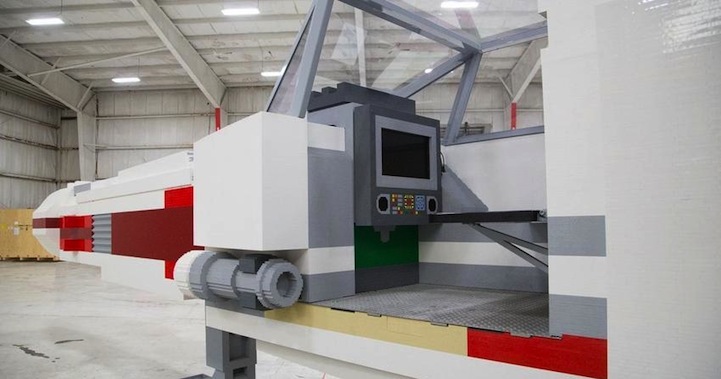 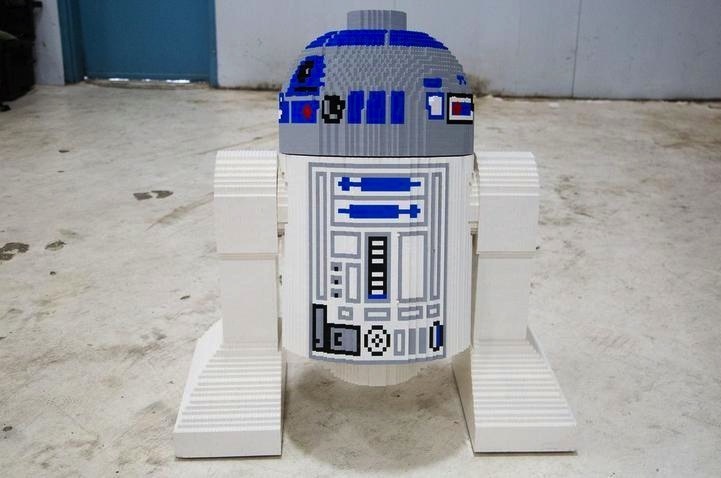 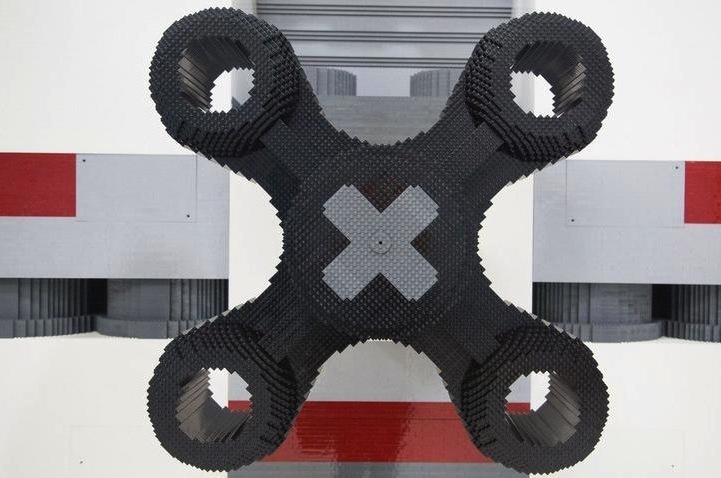 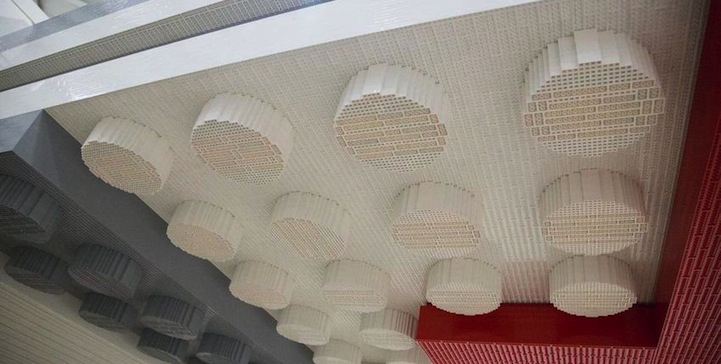 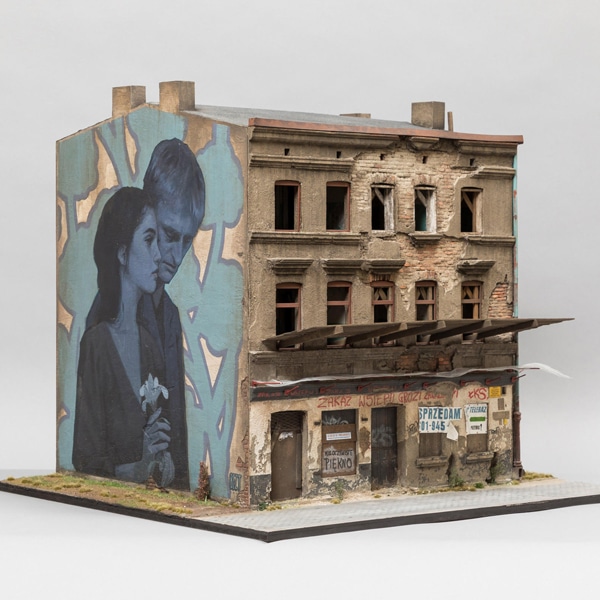