To create The Last Supper, Leonardo forewent the traditional buon, or “true,” fresco technique of painting on wet plaster in favor of the secco, or “dry,” method.

Known for his procrastination habit and his ambitious to-do list, Leonardo appreciated the fact that working on dry plaster allowed him to take his time and not worry about the material drying out. Using this method, he was able to add ample detail and employ his signature painting techniques, including bold shadow contrasts (chiarscuro), hazy shading (sfumato), and the use of one-point linear perspective.

Unfortunately, however, secco frescoes are notoriously delicate, and The Last Supper has substantially deteriorated since its completion in 1498. Because of this, it has been restored on numerous occasions, culminating in a painting that likely features very few of the artist’s original brushstrokes. 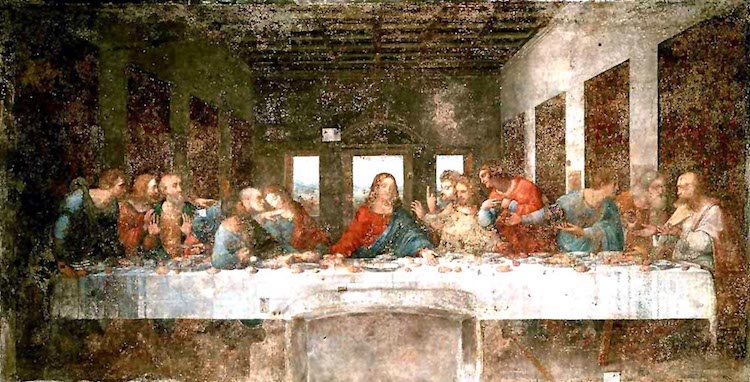 “The Last Supper” in 1975 (Photo via Wikimedia Commons Public Domain)

In popular culture, Leonardo’s The Last Supper is particularly well-known for the speculation that surrounds it. In The Templar Revelation, authors Lynn Picknett and Clive Prince claim that the figure believed to be John is actually Mary Magdalene, a woman featured in the gospels. This theory is famously further explored in The Da Vinci Code by Dan Brown.

Additionally, Italian musician Giovanni Maria Pala believes he has discovered hidden musical notes in the composition. When played, they produce a piece that Pala says “sounds like a requiem.”

In the context of art history, The Last Supper is regarded as one of the most important masterpieces of all time. In addition to its balanced composition and advanced perspective, it is celebrated for the naturalism of its figures and the way, according to Leonardo himself, that “the spectator may easily recognize, by means of their attitudes, the purpose in their minds.” 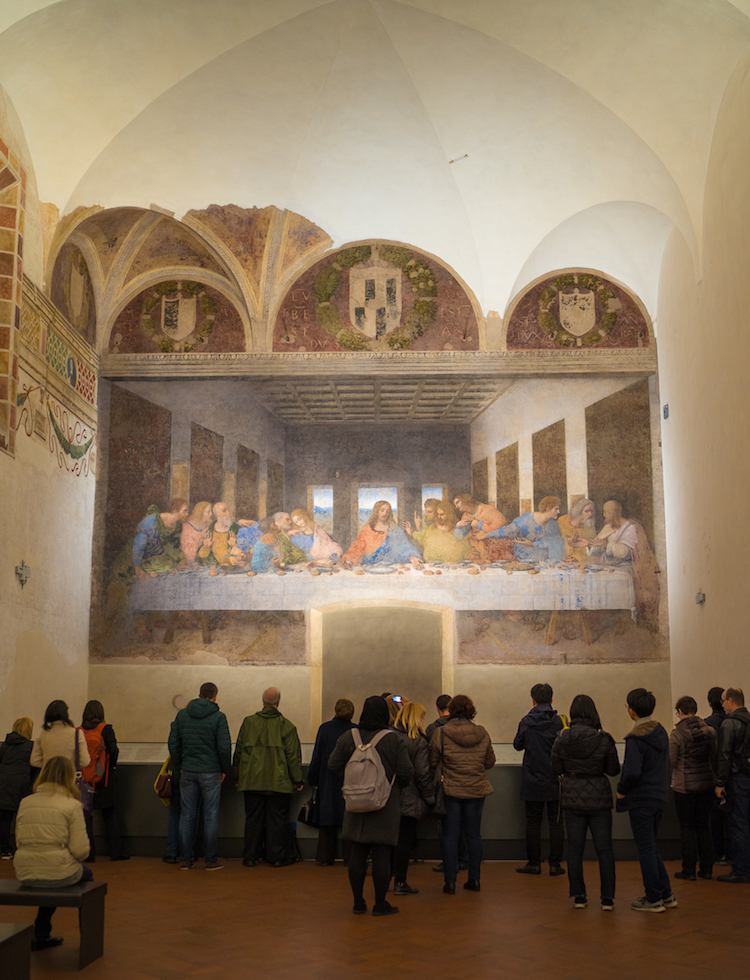 “The Last Supper” in the refectory of the Convent of Santa Maria delle Grazie (Photo: HUANG Zheng via Shutterstock)