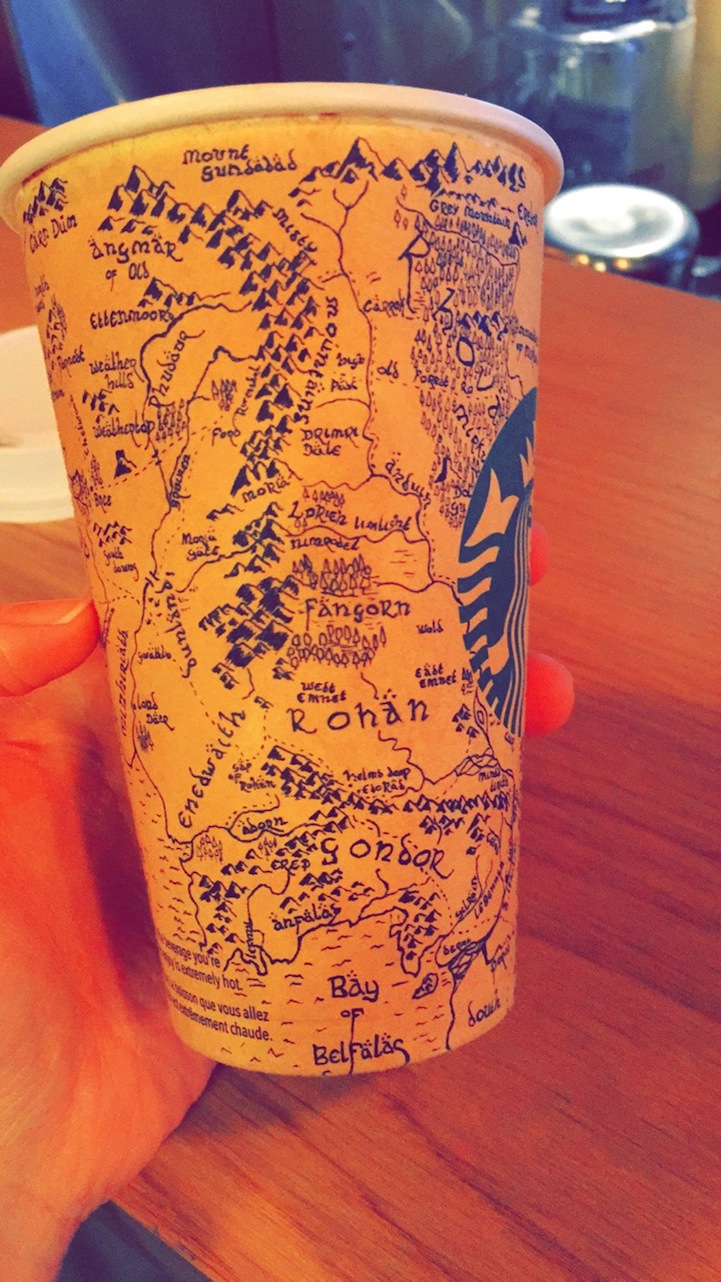 Most people go to Starbucks to sip on brew and catch up on work. But one customer recently made his coffee cup his project, spending five hours at a Liverpool franchise penning a highly detailed map of Middle Earth on the cardboard cup. The artist, Liam Kenny, first stained the sides of the cup with a tea bag to achieve a mystical, well-traveled effect. Then he proceeded to hand-replicate a map of J.R.R. Tolkien's beloved Lord of the Rings fantasy world. Mountain ranges, rivers and roads to Mordor and Rohan wrap around the green Starbucks medallion. The typography on the map is even consistent with the series' flagship font.

When Kenny finished the impressive masterpiece, he handed it to the barista behind the counter without a word and walked out. The barista was so thrilled with the random artwork that she took it home, photographed it and posted it on Imgur. It's easy to see why the gallery quickly went viral. 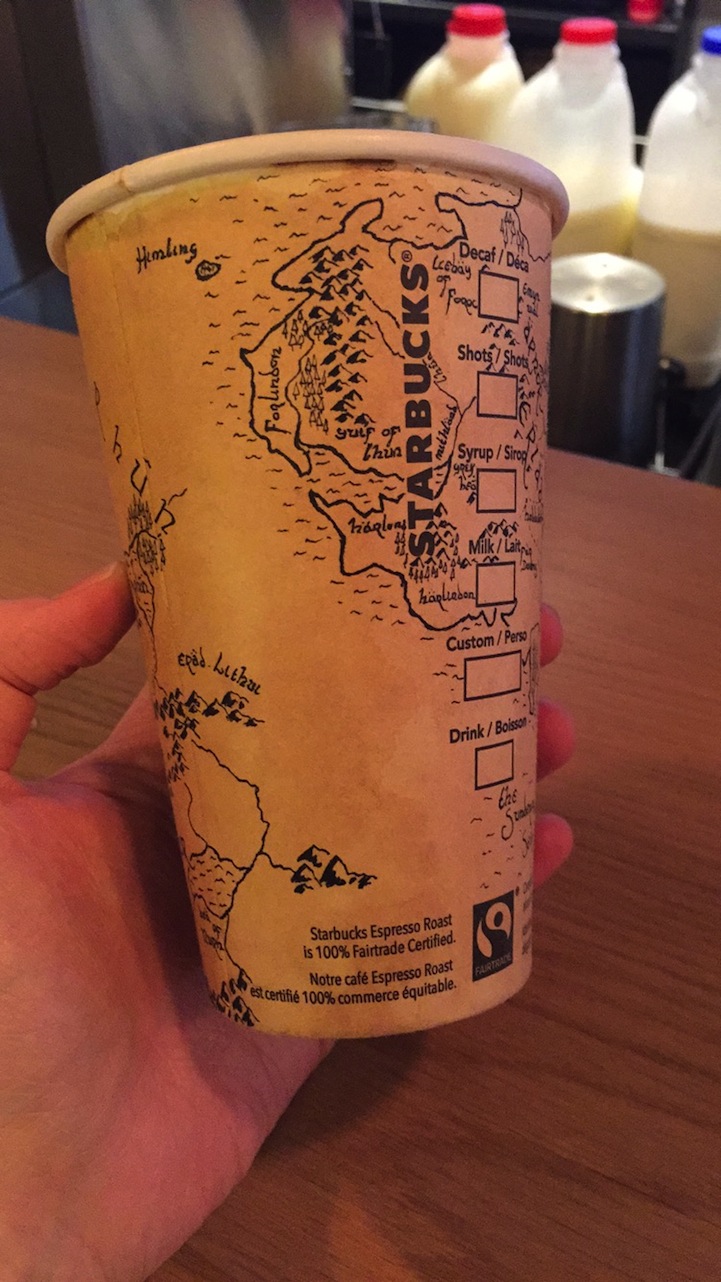 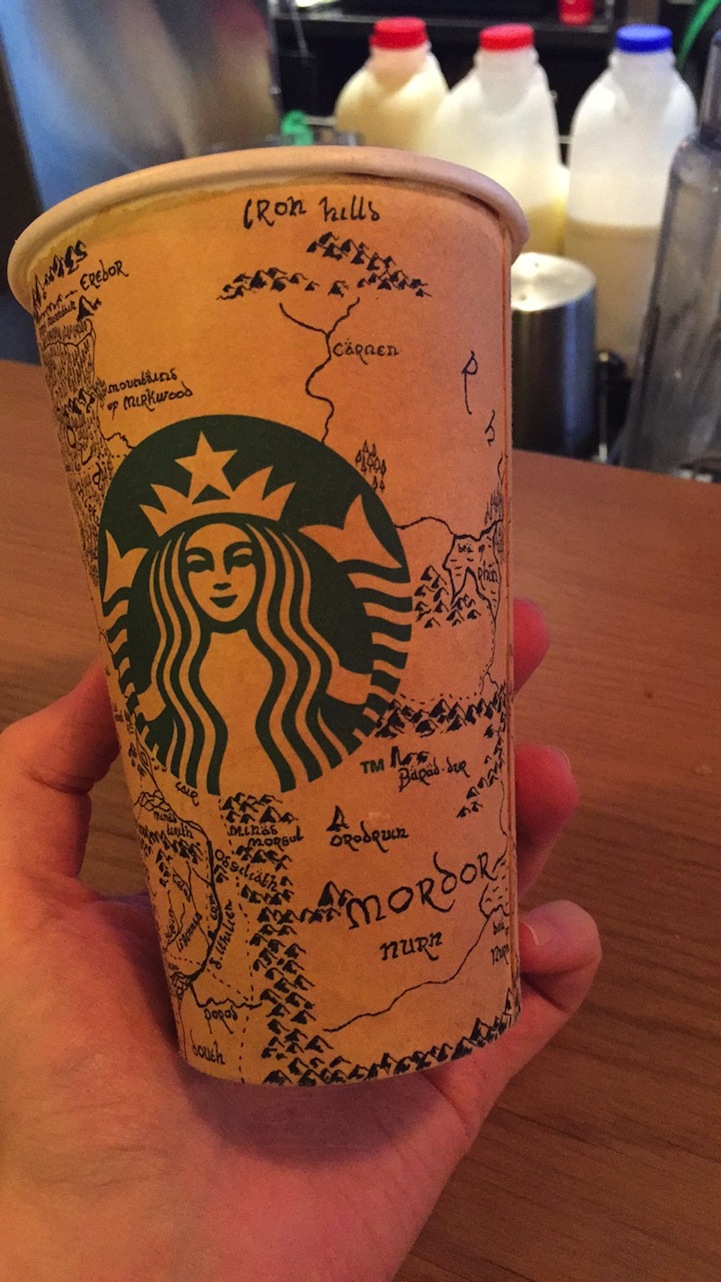 Imgur
via [Lost at E Minor]