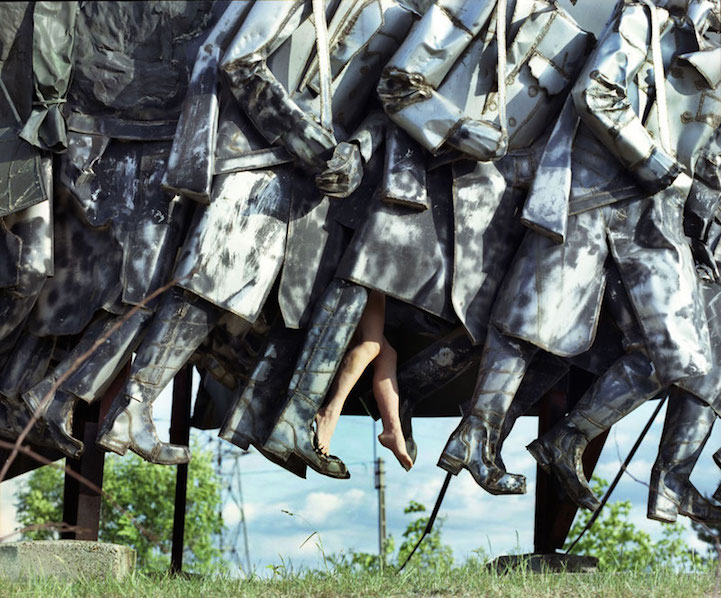 London-based artist Liane Lang's series entitled Monumental Misconceptions features her interacting with tall, imposing statues in unexpected ways. The collection of photographs depict Lang in different situations and places, and she's not just pretending to have her arm around the large figures. Rather, the artist takes a more active role, climbing inside, hanging from, and laying underneath the monuments at the Memento Sculpture Park in Budapest.

Some of Lang's images show her attempting to be one with the statues; we see her legs are moving with theirs, and she's laying in a similar position with them. Other times, the artist seems to be an adversary to these figures. She's seen crushed under one giant's foot as well as in the path of running men. The photos, often captured from far away, highlight the disparity in size between the two subjects. Thei interactions create a different story than if the statues were shown by themselves. With Lang, they now appear to take on an active life of their own. 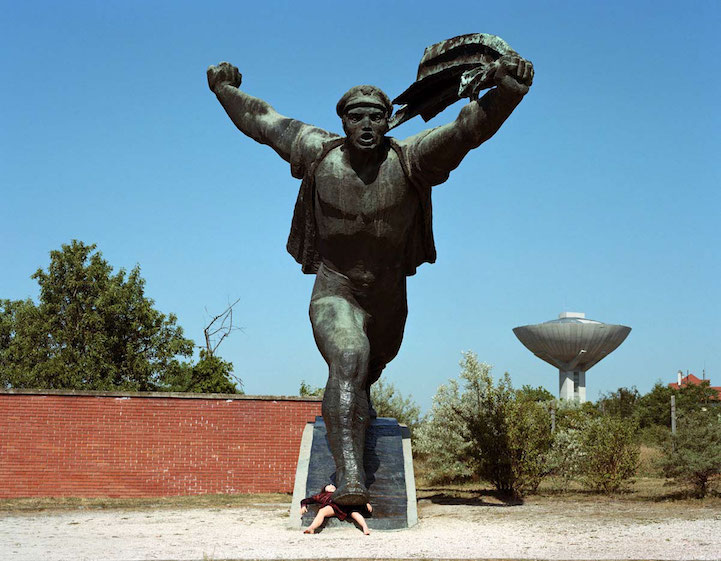 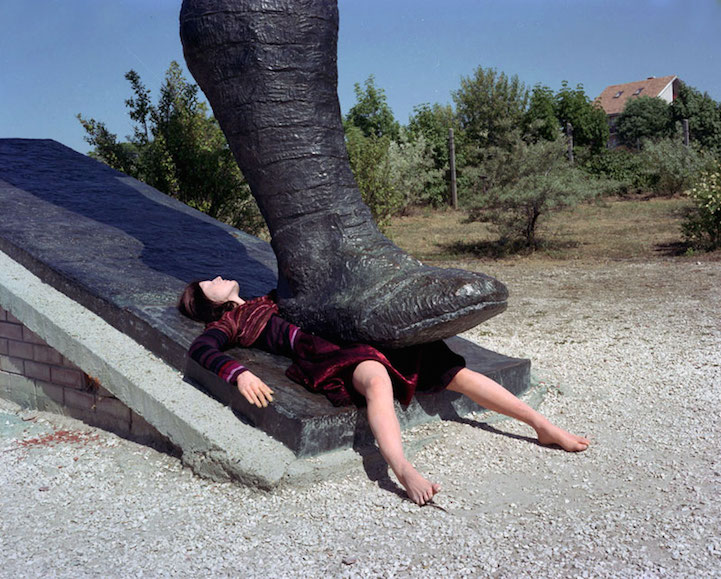 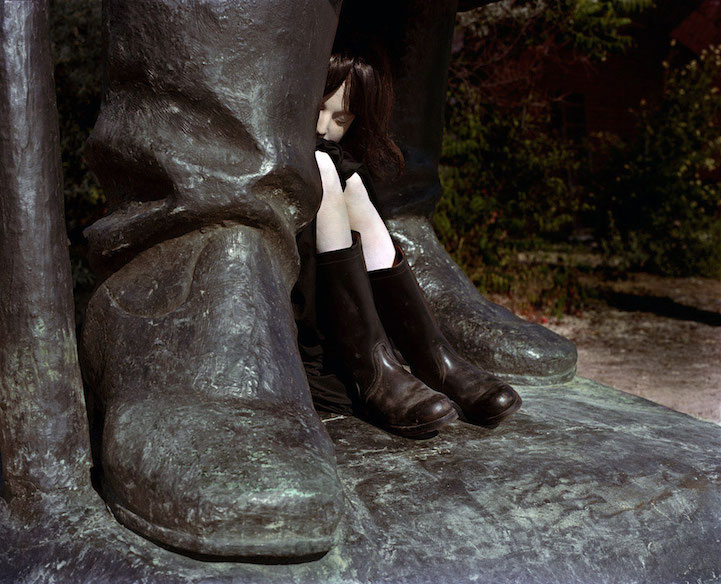 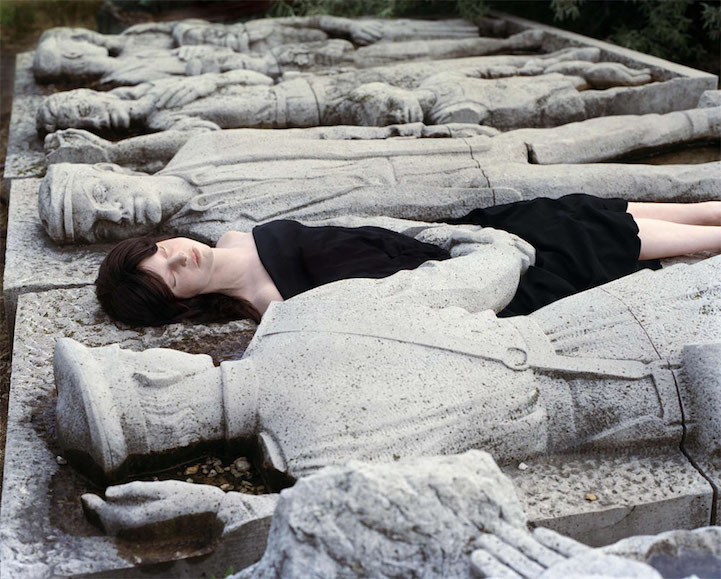 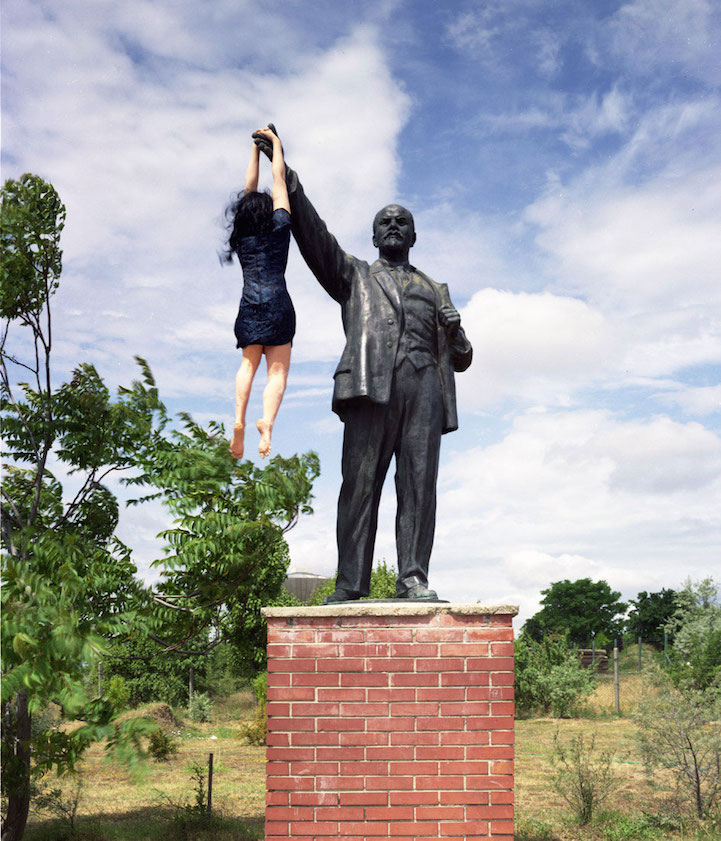 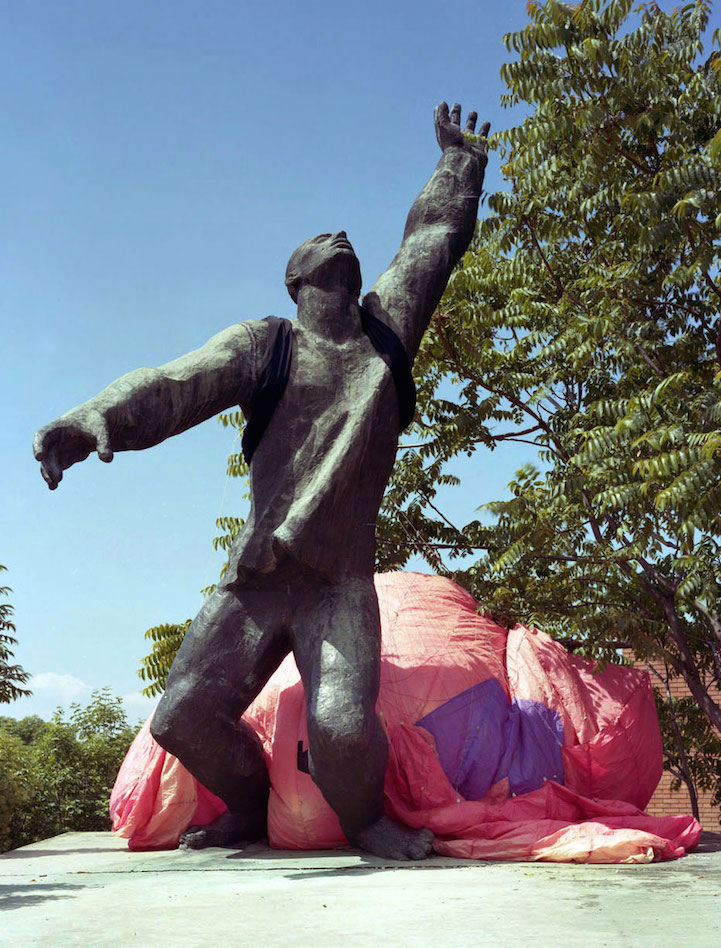 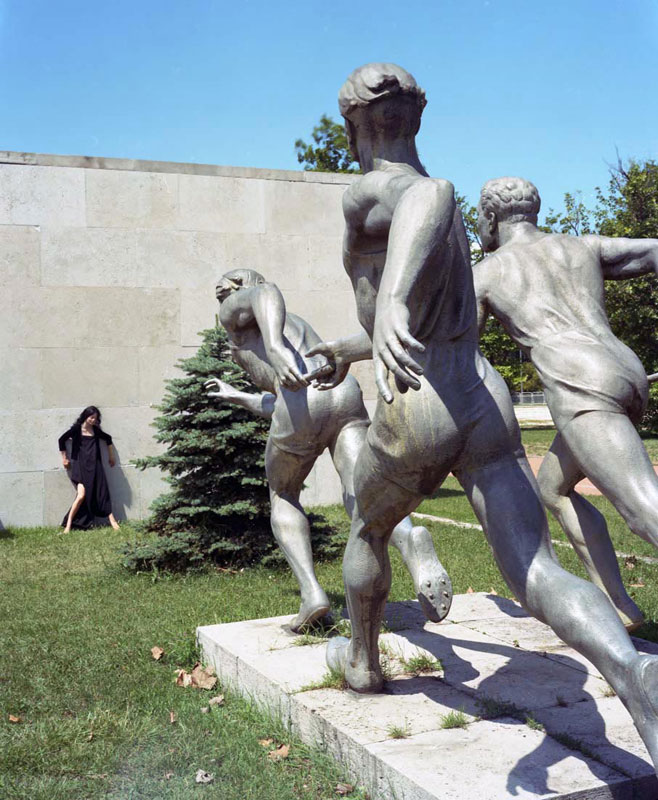 Liane Lang
via [I Need a Guide]