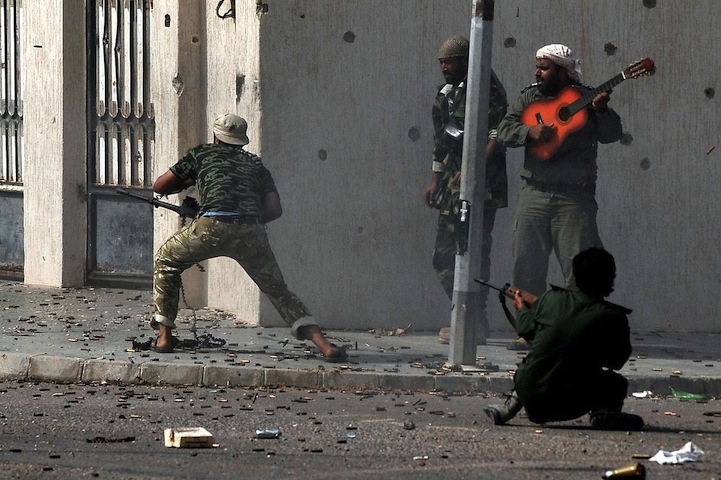 Out of all the images in the news this week, these extraordinary shots by Aris Messinis clearly stood out from the rest. Perhaps, it's because the photos make us ask serious questions like, “Why is a man playing guitar while his fellow fighters are attempting to gain ground from pro-Gaddafi forces in Surt, Libya?”

Photographer Aris Messinis explains, “That day, the NTC fighters were trying to advance to the center of the city and it was a heavy street fight with lot of incoming and outgoing firing. (AK-47, machine guns, anti-aircraft machine guns, RPGs, sniper firing). I realized by looking at him through my camera that he was trying to encourage the other fighters. It was impossible to hear his music because the distance between me and him was some 50 meters and the ‘Boom! Boom!' was too loud.” 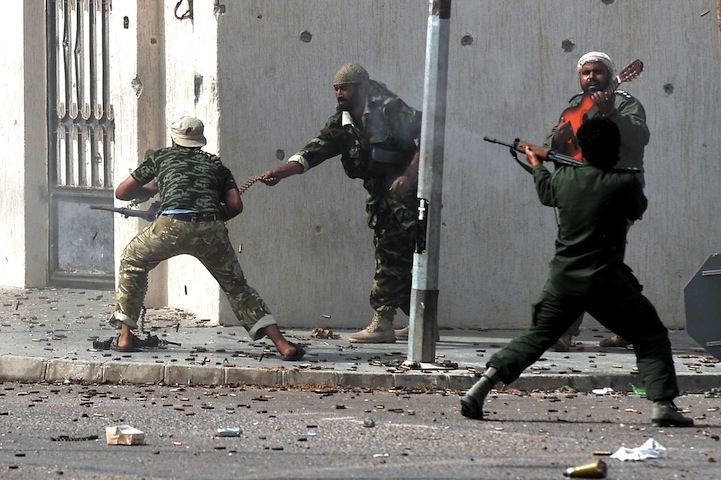