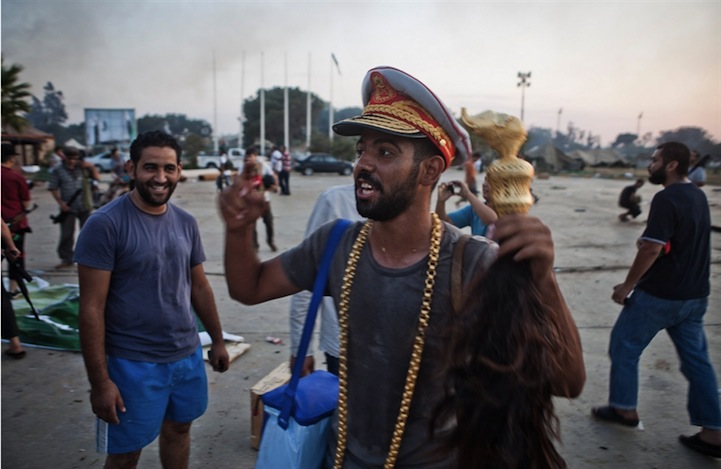 After months of what seemed like a never ending struggle, rebels swept into the center of Tripoli over the weekend, and the end appeared to be inevitable for the 42-year reign of Moammar Gaddafi.

A bearded Libyan rebel, identified only as al-Windy, has become an internet sensation as he claims to have seized Galdaffi's hat, necklace and “magic thing” from his bedroom in Tripoli.

Speaking to Britain's Sky News, he said: “I just went inside his room, Gaddafi's bedroom, and I was really, I was like ‘Oh my God. I am in Gaddafi's room. Oh my God.' Then this thing happened. I found this, oh my goodness,” the rebel said, taking the red and grey hat embroidered with gold thread off his head. “I am going to give this to my dad as a present because he has suffered a lot from Gaddafi and from Gaddafi followers.”

“I am really proud for this moment that the Libyans have waited for 42 years,” he exclaimed.