Man With Axe Destroys His Past 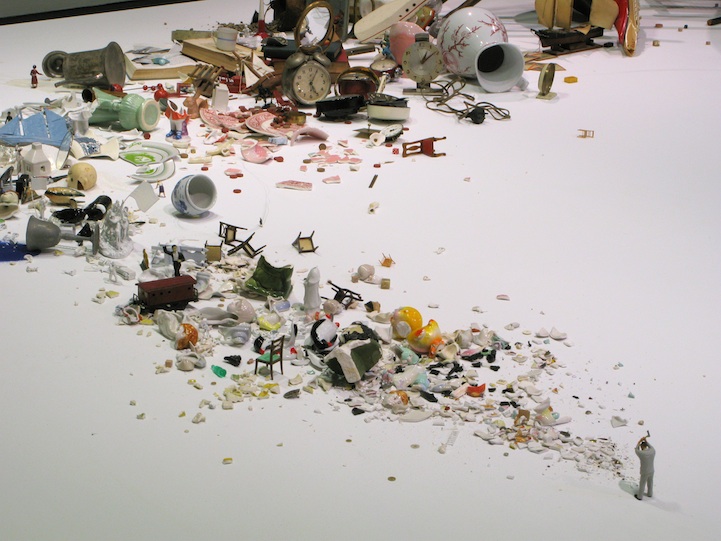 While many of us see small figurines as children's toys, artist Liliana Porter sees stories in the making. She finds her “cast of characters” at flea markets, antique stores and other odd places and gives them a new lease on life. “On the one hand they are mere appearance, insubstantial ornaments, but, at the same time, have a gaze that can be animated by the viewer, who, through it, can project the inclination to endow things with an interiority and identity,” she says on her website. “These ‘theatrical vignette' are constructed as visual comments that speak of the human condition. I am interested in the simultaneity of humor and distress, banality and the possibility of meaning.”

Recently, at Hosfelt Gallery in New York, Porter's installation titled “Man with Axe” left viewers entranced. The sculptural installation involves a 3 inch man in a suit smashing up what appears to be wreckage from his past. Look closely and you'll see everything from clocks, vases and mirrors to a dozen or so other tiny figures like soldiers, farmers, kings and a groom. In comparison to the mini man with the axe, the debris was 12 feet long. 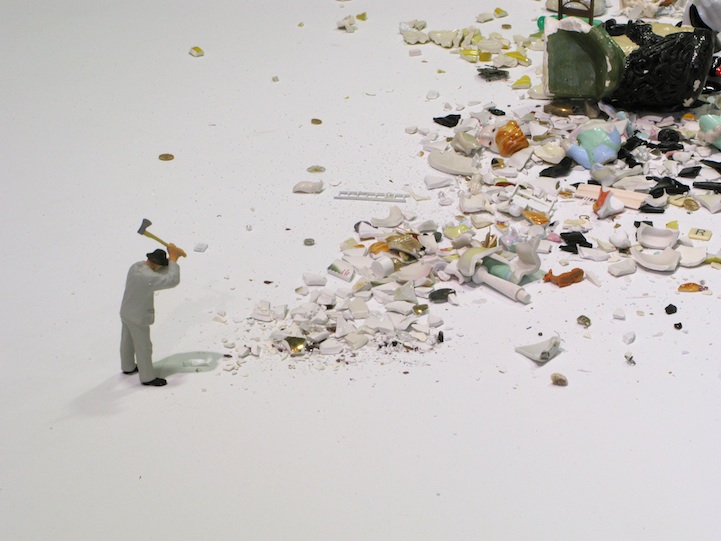 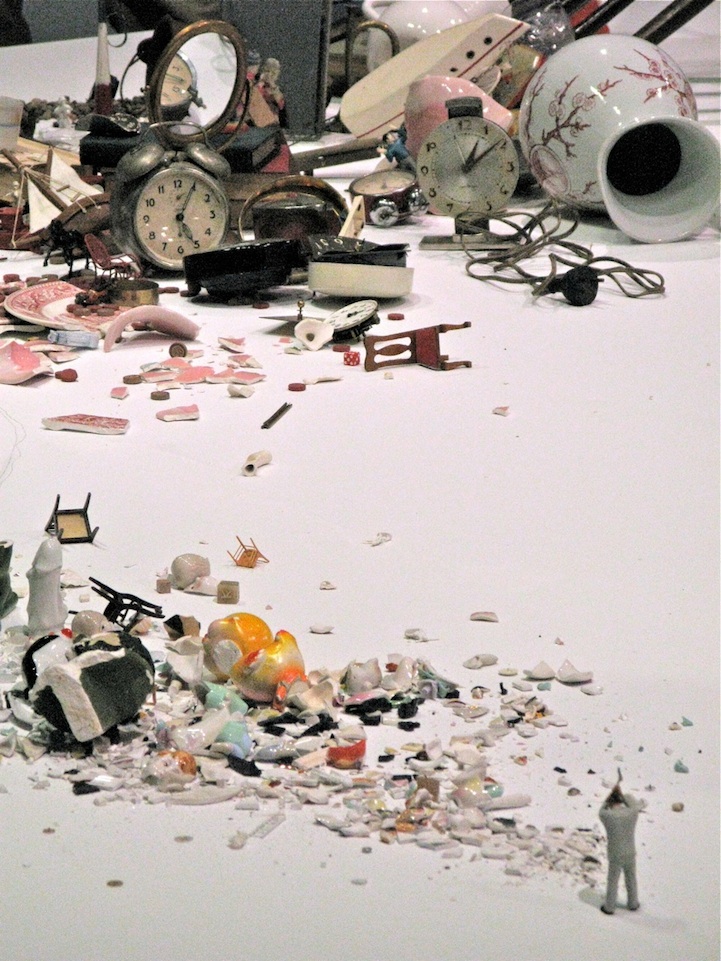 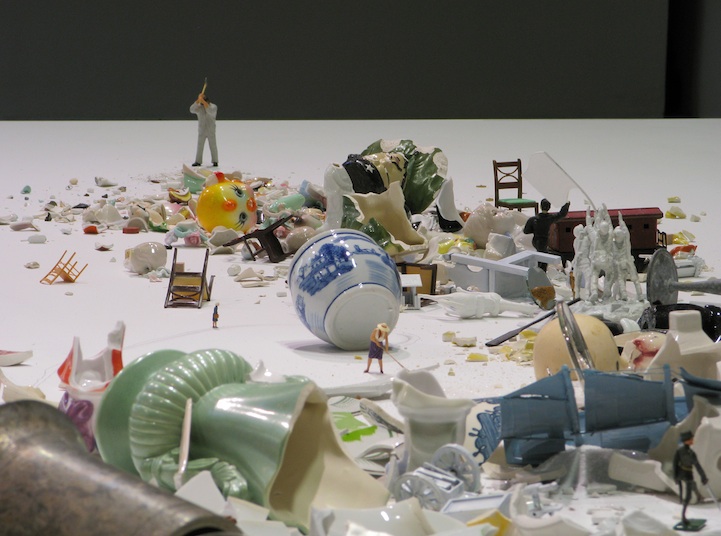