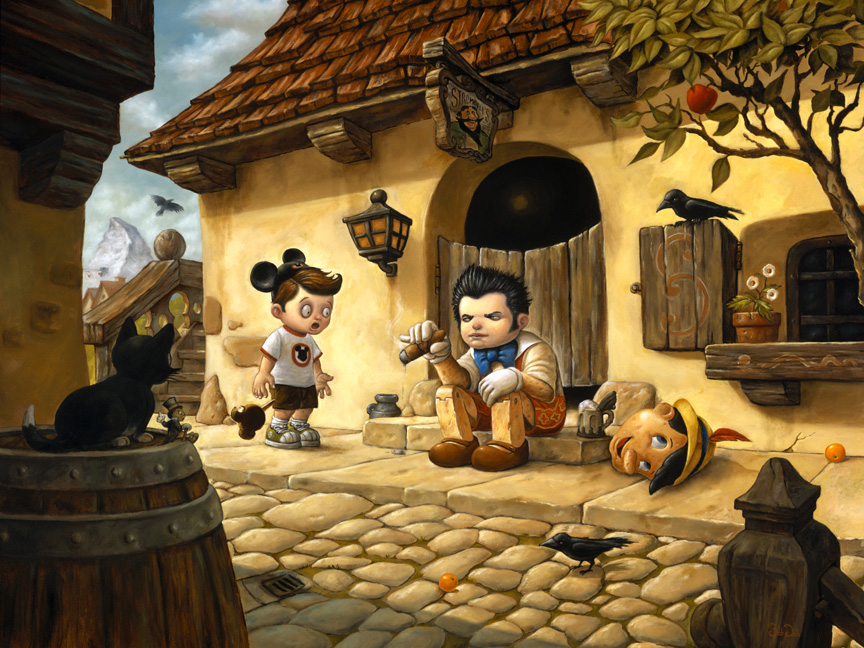 If there is one aching theme in artist Bob Dob's work it's loneliness. Though disguised in bad boy's clothing, you can tell that his artwork tries to touch on the darker side of human beings. As he states, “I just like telling a story about the good, the bad,. and the ugly.”

Bob Dob was born and raised in the once lazy beach town of Hermosa Beach, California. After his childhood dream of becoming a pro baseball player was taken from him, due to a battle with cancer, he gravitated towards music and art.

Playing in a punk band in the South Bay for 10 years, he was exposed to some very interesting characters that influenced his work. “Some were friends and some were not. They'd get in fights, steal stuff, do drugs. It's funny because you kind of look
up to these people when you're young and stupid but once you mature you realize it's not funny anymore.”

And if you noticed that Bob likes to incorporate smoking in his artwork, you're absolutely right. “It's funny because I hate smoking. I loathe it. But it's the human element that it brings to the painting. sometimes.” 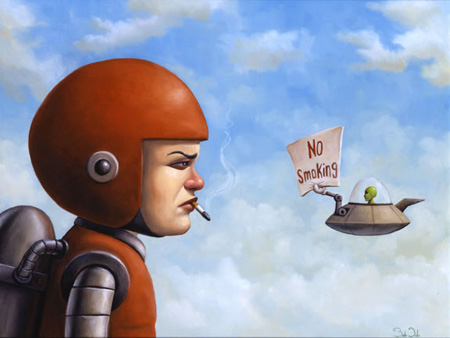 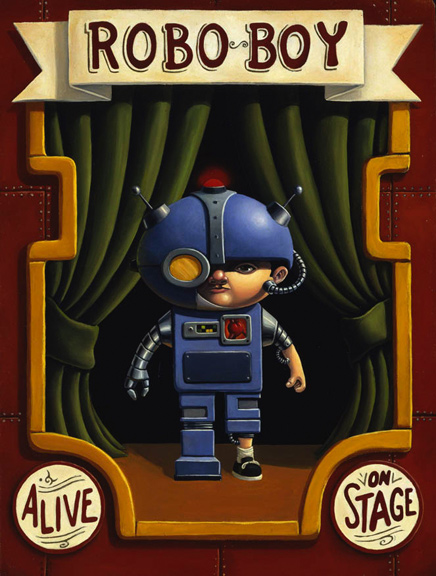 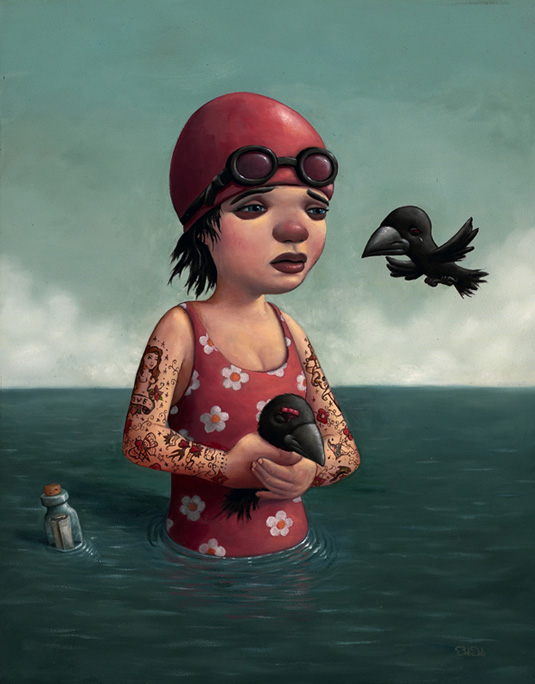 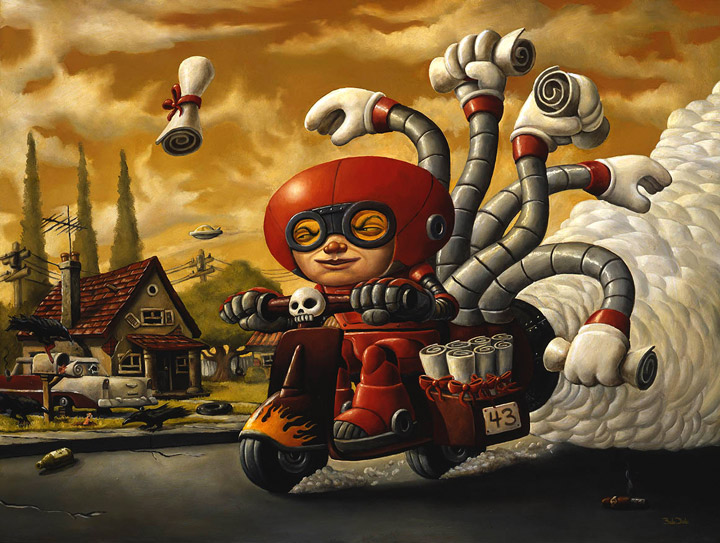 Early Bird Gets the Worm 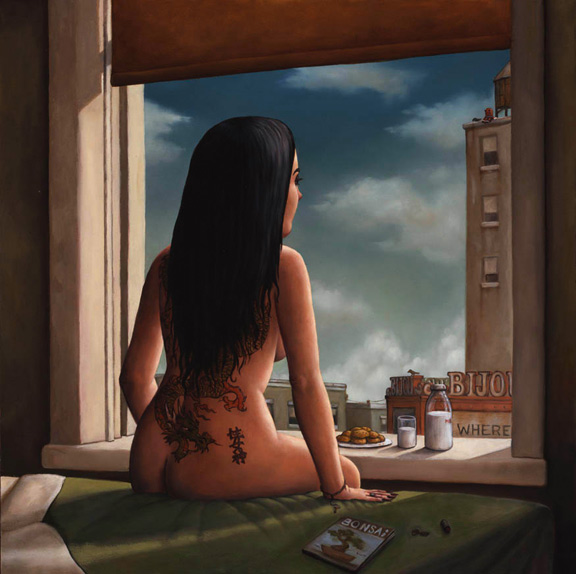 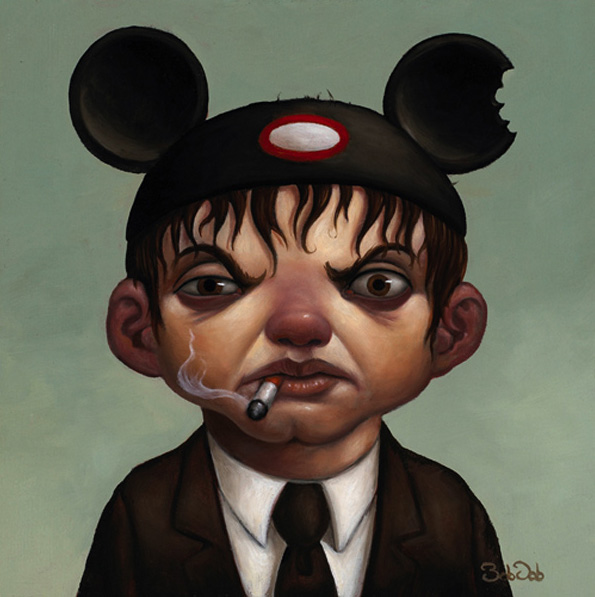 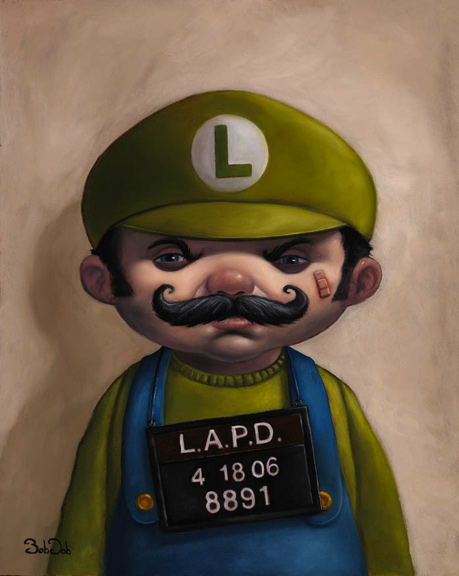 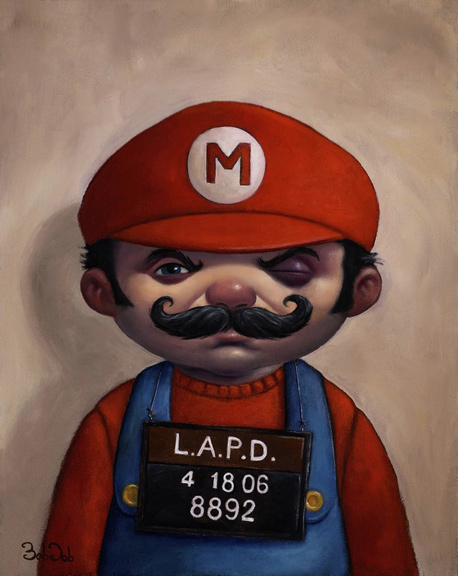 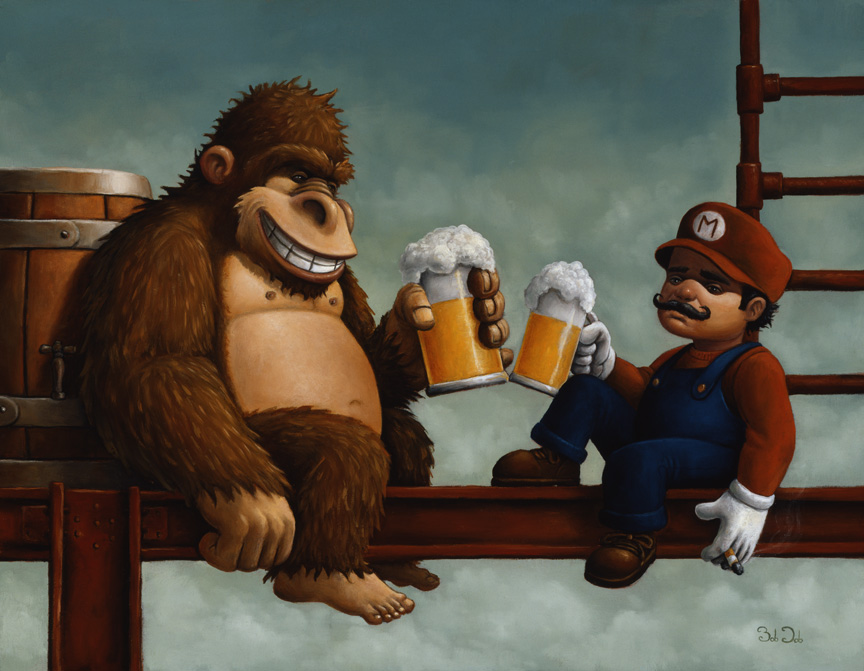