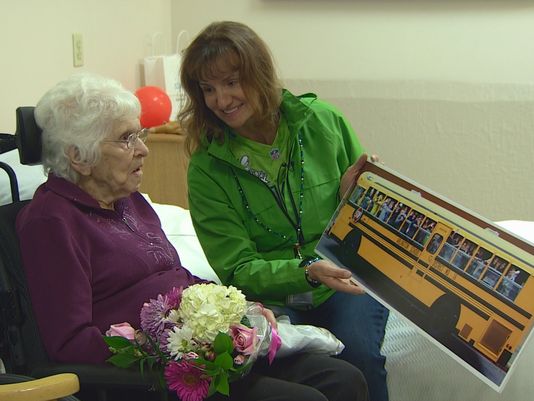 For five years straight, 93-year-old Louise Edlen always took the time to wave to the bus of students who passed her house on their way to and from school. Over time, because of her kind gesture, the kids began to affectionately call her “the grandma in the window.” One September morning, the students were on their way to school when they realized that the window was there, but their “grandma” wasn't. They immediately became concerned and desperately wanted to make sure that Edlen was okay. “It was kind of heartbreaking because she was always there,” seventh-grader Axtin Bandewerfhorst told KING 5.

To figure out what was wrong, bus driver Carol Mitzelfeldt went to the elderly woman's home and brought a bouquet of flowers with her. She told The Huffington Post, “I attached a note: ‘To the grandma in the window, we're thinking of you. Love, the kids on bus 7 and bus driver, Carol.” After receiving the thoughtful note, Edlen's husband Dave contacted Mitzelfeldt and explained that Louise had a stroke and was at a local rehabilitation center. The bus driver passed this message on to the students, who decided to do something special for their grandma. “The kids and I said too bad she can't have something to look at when she can't be at the window. So we decided to take a picture.”

The Bus 7 students got together and took a group photo of themselves waving out the bus' windows. Their driver then attached the image to a foam board, had the kids sign it, and delivered it to Edlen. At the time, she had trouble speaking, but Edlen managed to tell Mitzelfeldt that the bus of children meant a lot to her. 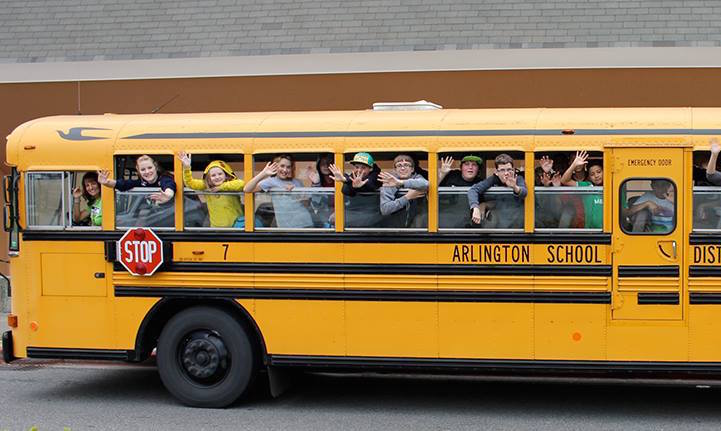 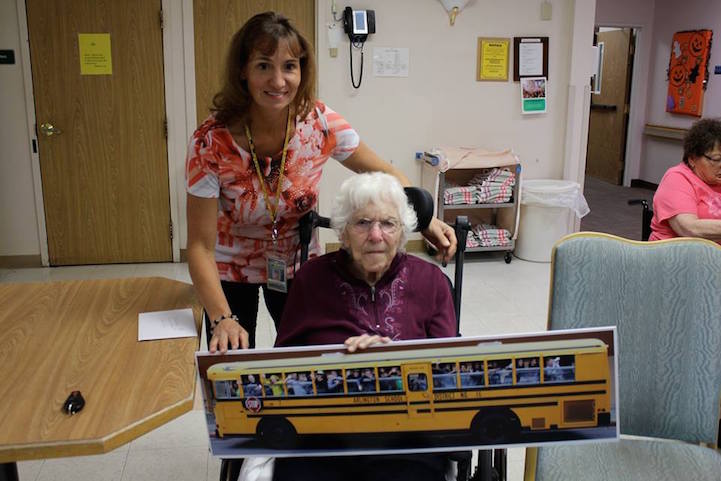 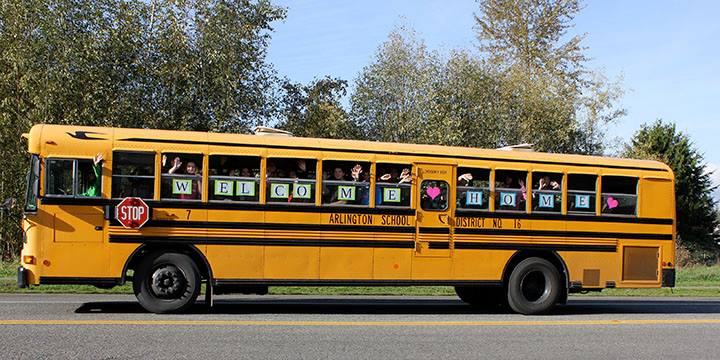 via [The Huffington Post, KING]
All images via Arlington Public Schools.