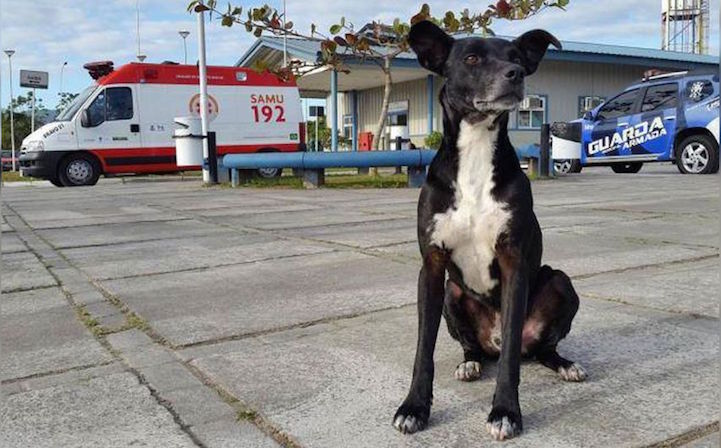 As the saying goes: once a man's best friend, always a man's best friend. A loyal puppy named Negão has spent the last eight months waiting for his favorite pal—his trusty human—to stroll out, healthy again, from the Ruth Cardoso Hospital in Santa Catarina, Brazil. Unfortunately, the faithful dog has no idea that his reunion will never come because the man passed away 8 months ago.

It all started late last year when Negão's human (a homeless man) was taken into the emergency room after falling ill with an infection, which proved to be fatal. The man's canine friend chased the ambulance there and watched on as the man was carried in on a stretcher. Days passed to weeks, and Negão stood statue-still. Waiting. Unfortunately, it was too late. His human had passed.

Perhaps we should give Negão more credit. Maybe he does know that his human is gone and simply believes it's his duty to hold a vigil of memoriam. Nevertheless, Negão is in good hands. The hospital staff took quick notice of the dog and understood his sorrow. Now, they make sure he has food and water, and have even coordinated with a local animal charity to ensure that Negão receives regular checkups and regular walks. According to The Dodo, one hospital official has stated: “Negão will stay here with us until he decides if he wants to leave or not. As long as he remains here, we will give all the care, warmth and love he needs.” Without a doubt, Negão has suffered an incredible loss, but his human would be pleased to know that his four-legged friend is embarking on a new and beautiful friendship. 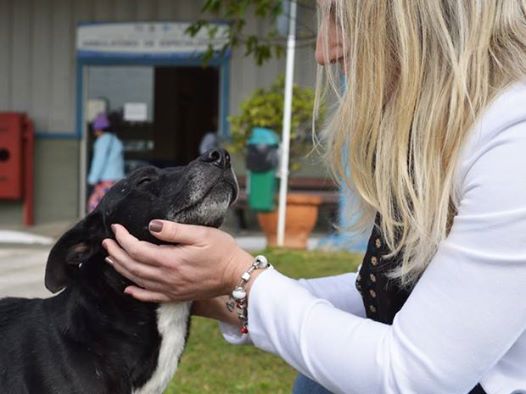 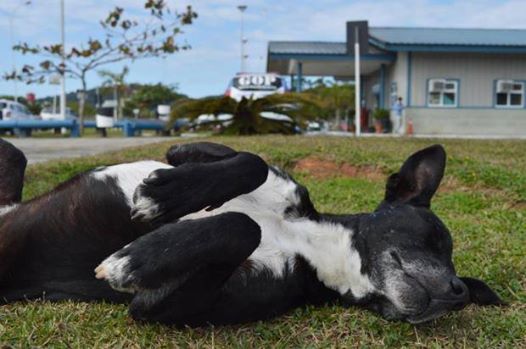 via [Mashable, The Dodo]

All images via Região Notícias.