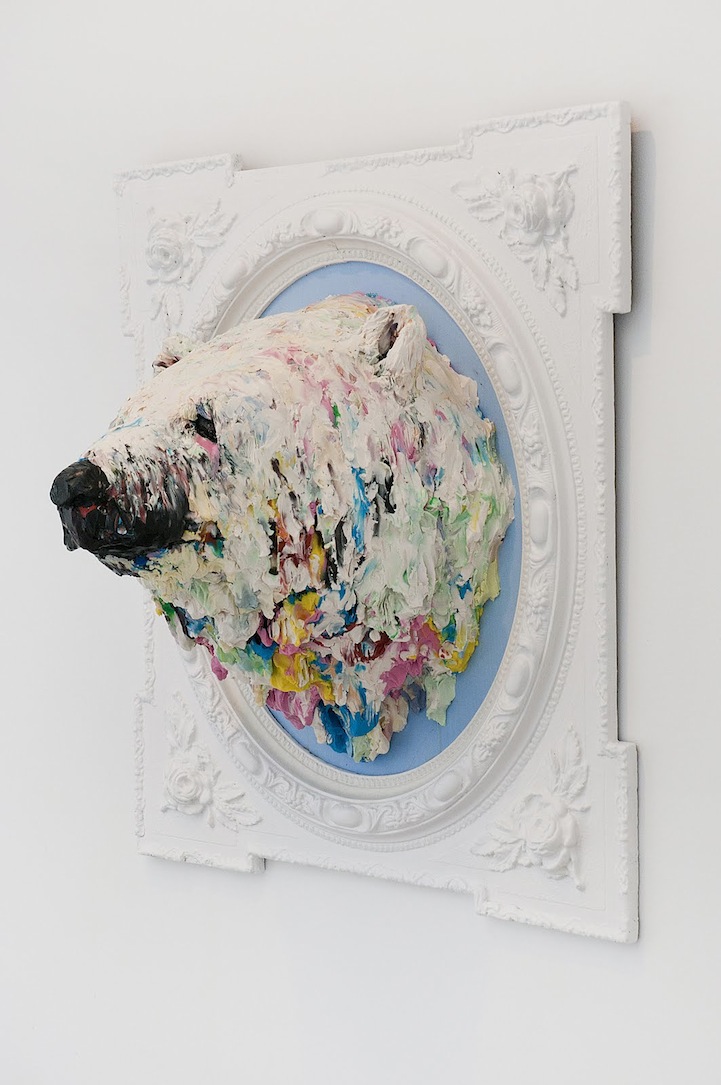 Valencia, Spain-based artist Luciana Novo reimagines the mounted head of an animal as a colorful spectacle on display. The plastic and clay wall-mounted sculpture known as Cabeza de oso polar, translated simply as Polar Bear Head, turns the typical hunter's trophy into an intriguing piece of art that raises many questions and provokes thoughts about these endangered animals.

While a polar bear is not a beast that is typically pursued for game or otherwise, it is presented as a prize of sorts, mounted on an embellished headboard. Its multihued color palette adds an artistic touch to draw the eye, inviting viewers to take a look closer. Upon closer inspection, one notices the texture of the figure resembling that of hardened acrylic pigments. There's is a great painterly quality to the piece that takes a typical 2D image into a three-dimensional reality. While the artist's personal intention behind the piece is unclear, the sculpture is left open for discussion.

If you like the vibrancy of this piece, you might also enjoy taking a look at Dean Crouser's watercolor paintings of animals that similarly burst with color. 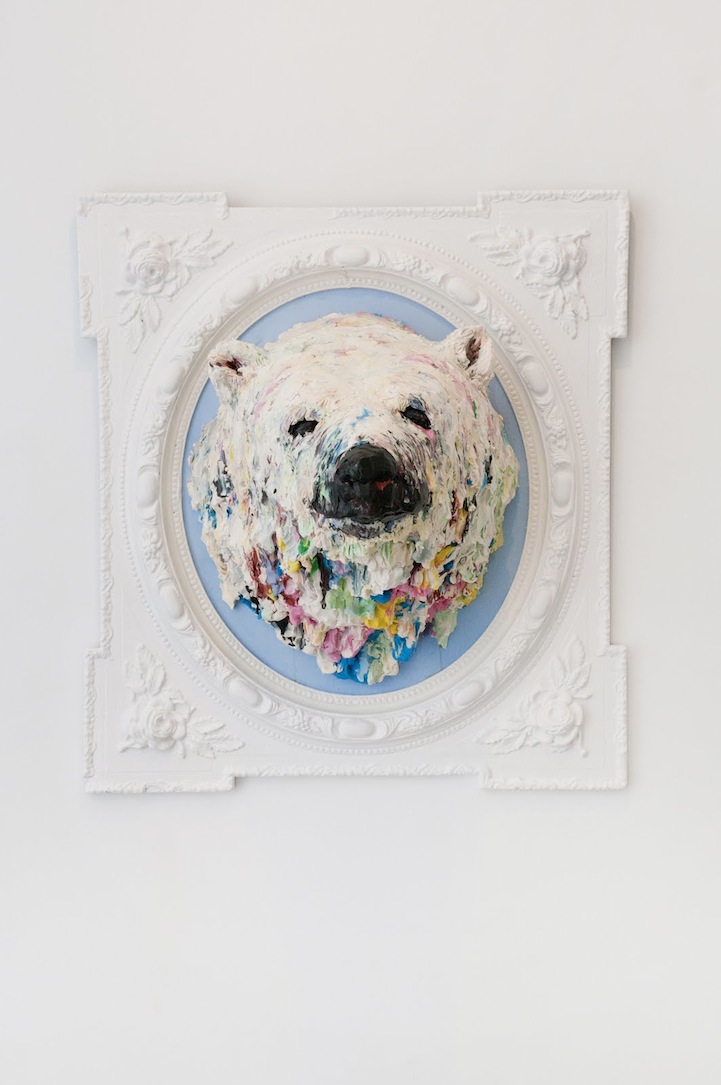 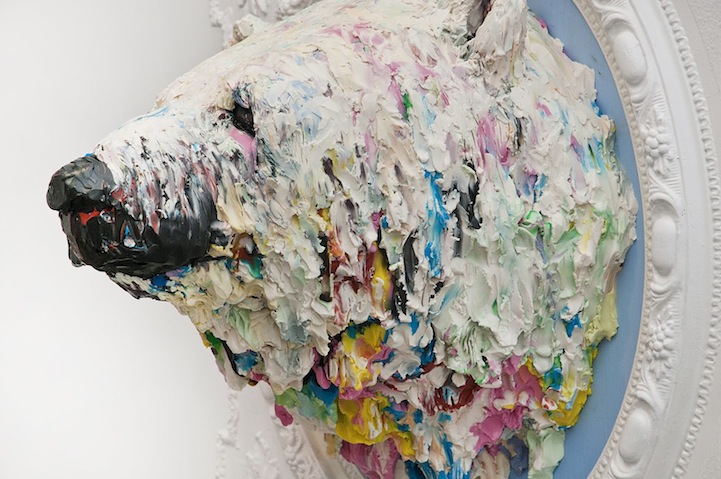 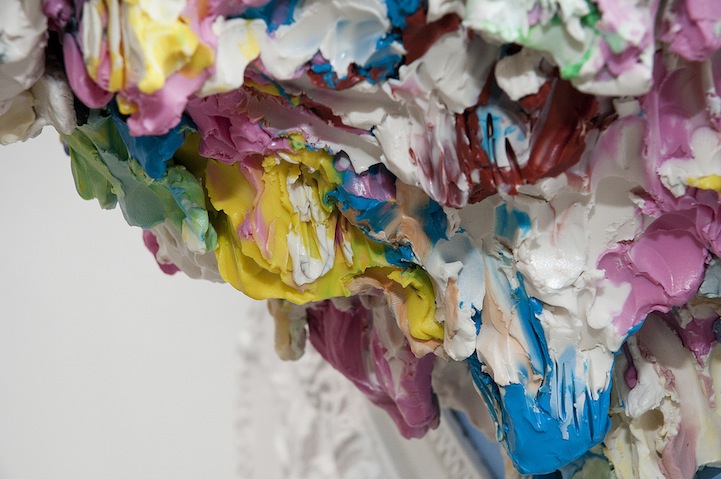 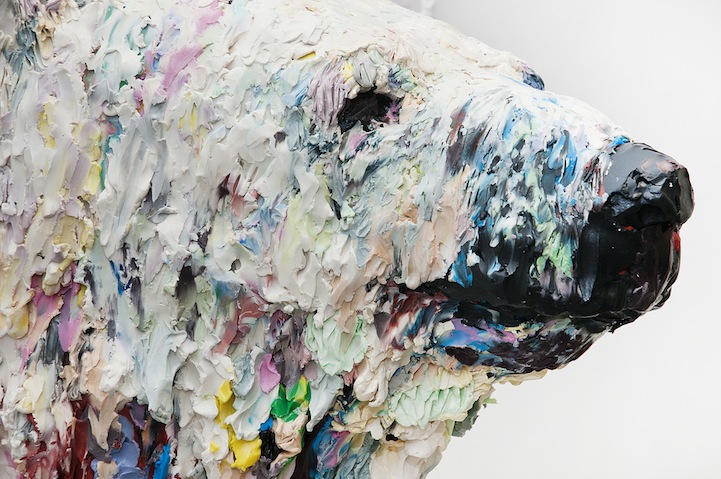