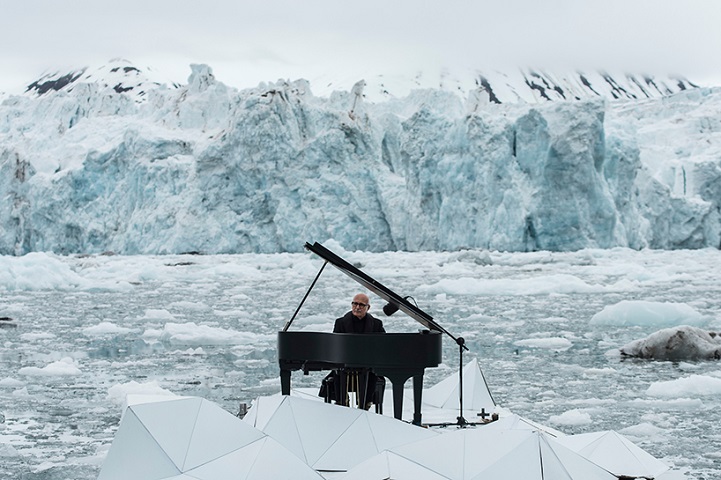 The polar bears and narwhals in the frozen North experienced a real treat this week. World renowned pianist and composer Ludovico Einaudi performed a historic concert with the pristine environment of the Arctic acting as backdrop. Placing his magnificent grand piano upon a floating wooden raft, he added his dulcet chords to accompany the 8 million voices from around the world who are calling for governments to save the Arctic.

The icy region is a global treasure that is known for its biodiversity, unique wildlife, and regulation of the climate. Two weeks earlier, a Greenpeace ship known as the Arctic Sunrise set sail carrying messages from around the globe that demanded the end of the exploitation, needless oil drilling, and destructive fishing of the area. As the ship passed Svalbard, Norway it picked up the acclaimed Italian composer so he could undertake his challenging concert. Performing his specially composed Elegy for the Arctic in front of surging glaciers and magnificent mountains, the beautiful music echoed across the ice to communicate a powerful message.

Einaudi’s performance was timed to coincide with delegation at the Ospar Commission meeting in Tenerife, Spain where a proposal to protect 10% of the Arctic Ocean is set to be considered. The area is currently the least protected sea in the world with no legal safeguards to block its development or destruction. It is an importation meeting that will help to decide the fate of the Arctic Ocean: as global temperatures rise and the icy shield covering the land shrinks, we must act to preserve the stunning natural environment for future generations.

“I could see the purity and fragility of this area with my own eyes and interpret a song I wrote to be played upon the best stage in the world,” Einaudi explains. “It is important that we understand the importance of the Arctic, stop the process of destruction and protect it.” Voices around the world are calling for the protection of the frozen North. If you are interested in adding yours to the mix, there is a petition available here.

Scroll down to watch a clip of Einaudi's incredible performance. 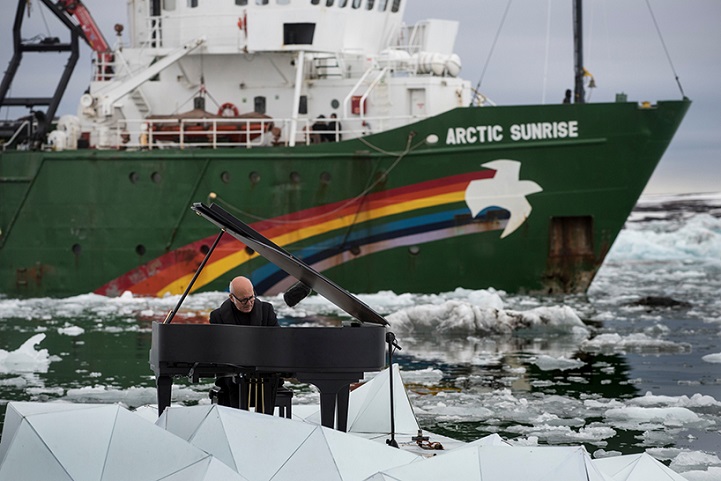 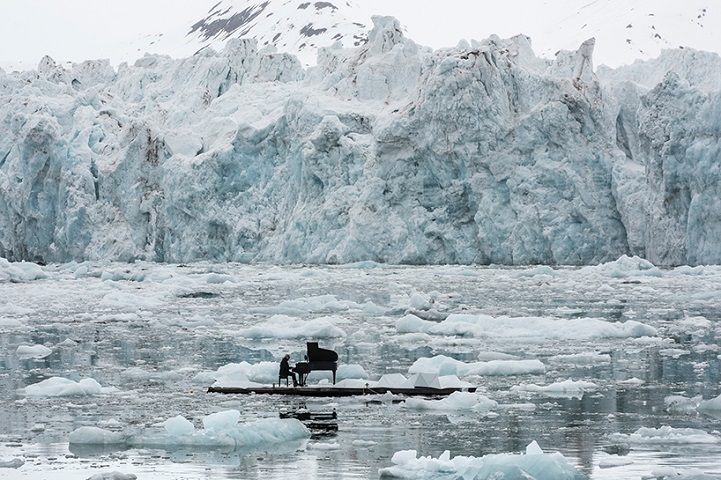