Unlike regular greenery, Tillandsia—commonly known as air plants—absorb their nutrients from airborne particles via their leaves, with roots rendered unnecessary. The Swedish design team has now produced an inventive vessel known as LYFE to put the unique plants where they belong: floating above ground in an elegantly designed uprising against gravity.

LYFE's two-piece system is comprised of a six-by-six-inch base of sustainably sourced oak and a 12-sided geodesic container made of silicone, with an inner reservoir for drainage. Both components hold hidden magnets that repel each other to create the levitation effect. Maglev technology makes the suspended unit move gently in 360-degree rotations, allowing for even exposure to sunlight across all parts of the residing plant. This process is particularly perfect for the developers' Swedish climate, where daylight is more difficult to come by during long, dark winters, but the (literally) elevated design makes a modern and mesmerizing addition to any home.

The planters are available through LYFE's crowdfunding campaign, which has already far surpassed its $80,000 goal by over $25,000 with 24 days still remaining. Backers get one, two, or three separate systems, depending on how much they pledge, and each one comes with a free air plant of one of three different varieties. You can show your support on Kickstarter here. 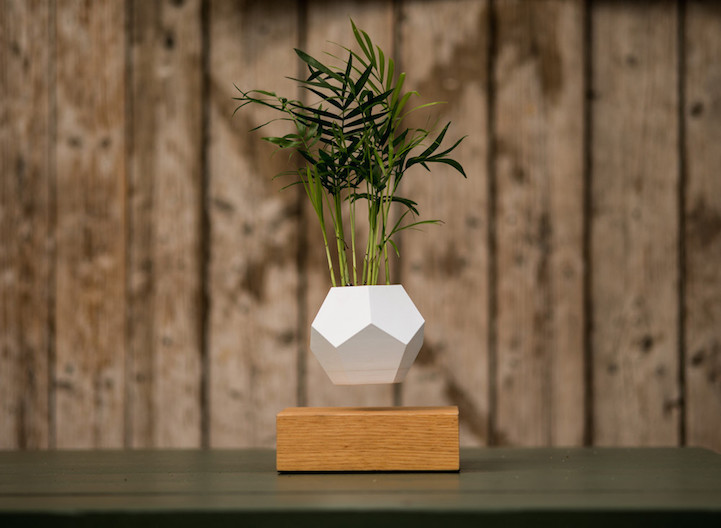 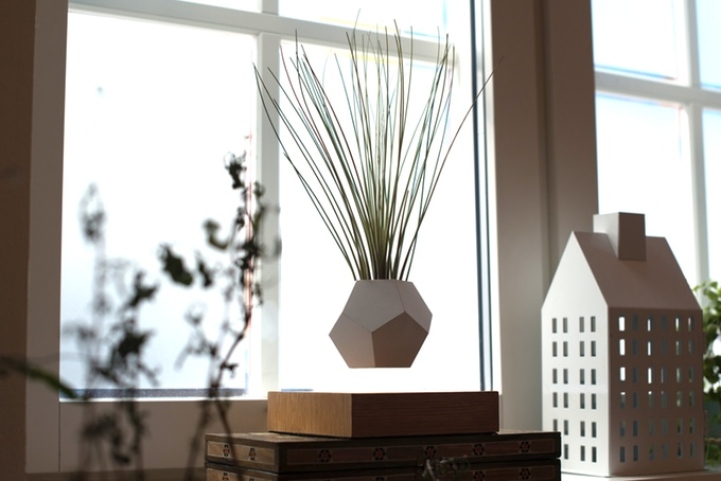 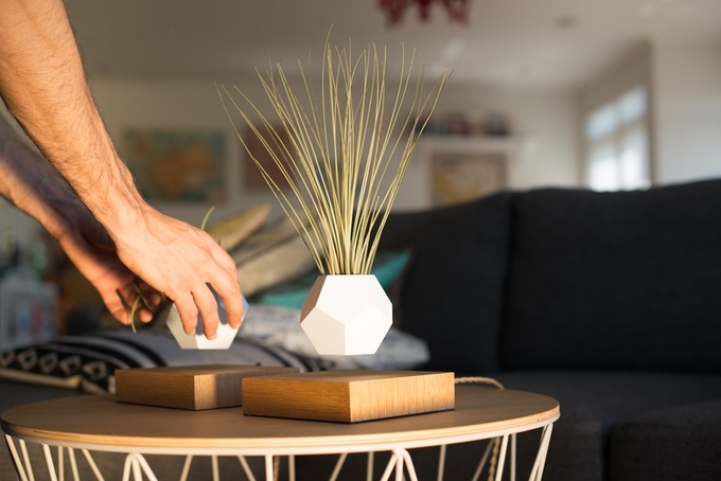 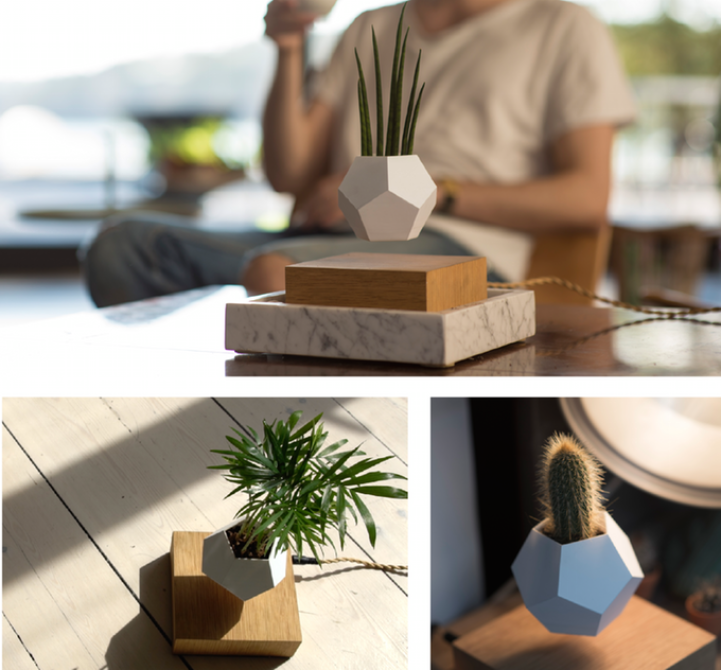 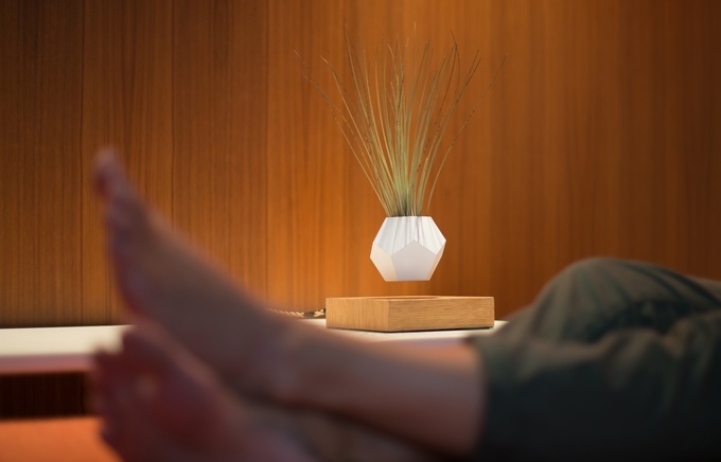 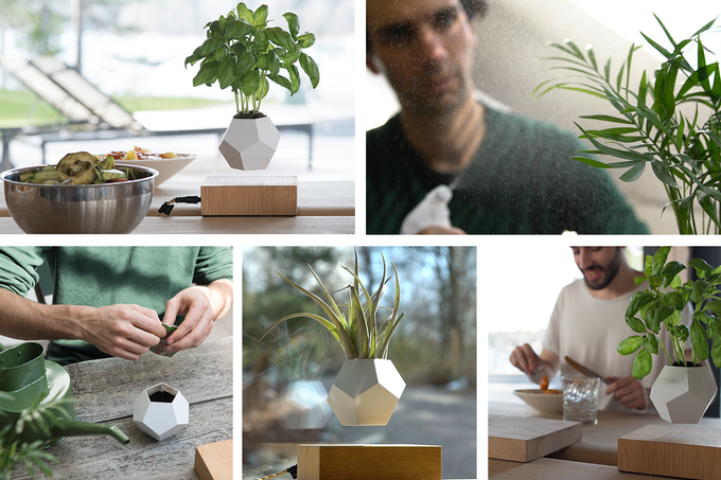 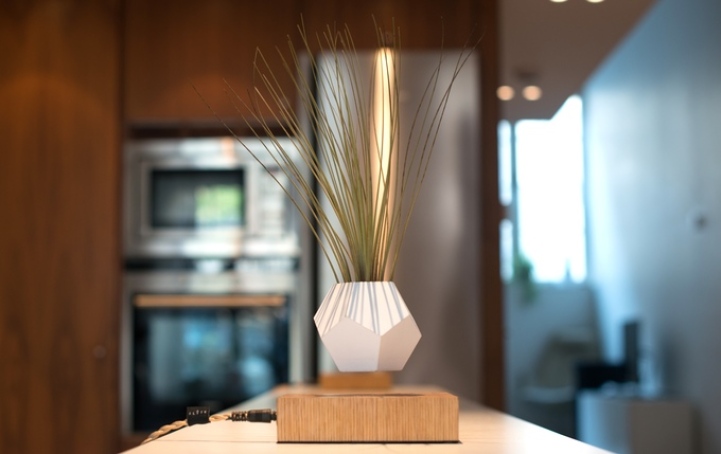 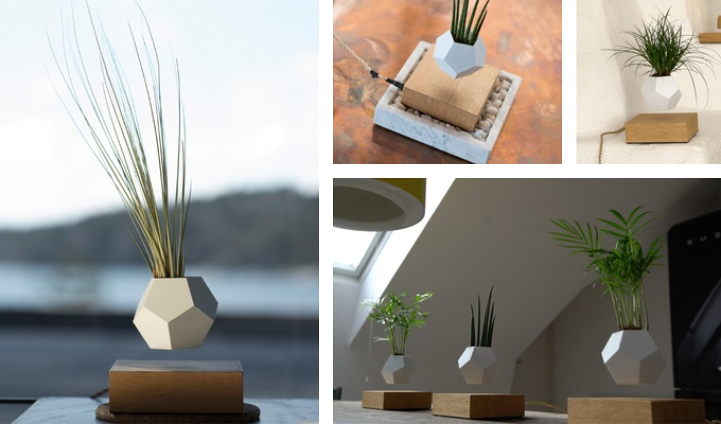 All images via LYFE.