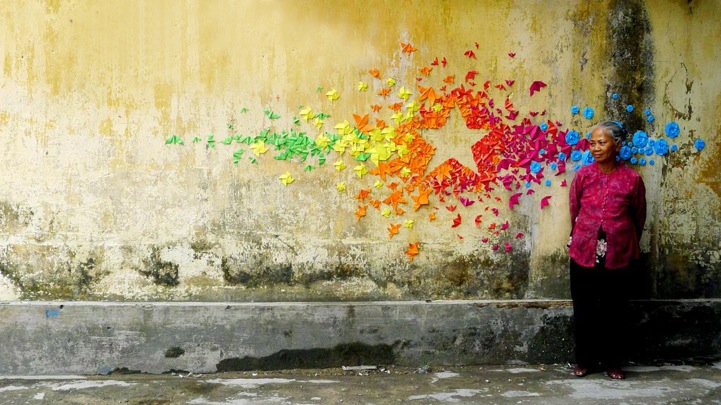 Shapes and colors retain and evoke a great deal of meaning, offering a range of emotions and representing varied social issues. French artist Mademoiselle Maurice uses the power of each of these visual element to spread her message of peace through her colorfully geometric works.

Last month, the street artist's spectacular origami installations filled us with joy, simply by looking at the refreshing hues along the weathered urban setting of the streets of Paris. The artist first adopted this ancient Japanese paper folding technique and incorporated it into her work as an abstract message of hope, peace, and positivity in response to the devastating earthquakes in Japan in 2011. Now, she has expanded her outreach of solace, admiration, and peaceful encouragement to Vietnam and Hong Kong.

The artist's latest public installations bring us more of her wide spectrum of colors in more geometric configurations. She admits her installations are a bit more political this time around, saying, “I just want to speak about the liberty spirit in the Hong-Kong streets and encourage the people to stay independant as they want. For Vietnam, I wanted to use the star of their national flag. This one represent the people: farmers, students, workers, intellectuals and soldiers,  whose fight together for their independance…”

The street artist also had one last installation in Paris before she headed off to Asia, in which she paid homage to bees with a similarly styled hexagon meant to represent the honeycomb. Hexagon Rainbow is her tribute to the honey-producing insects whose lives are threatened by environmental and man-made problems. 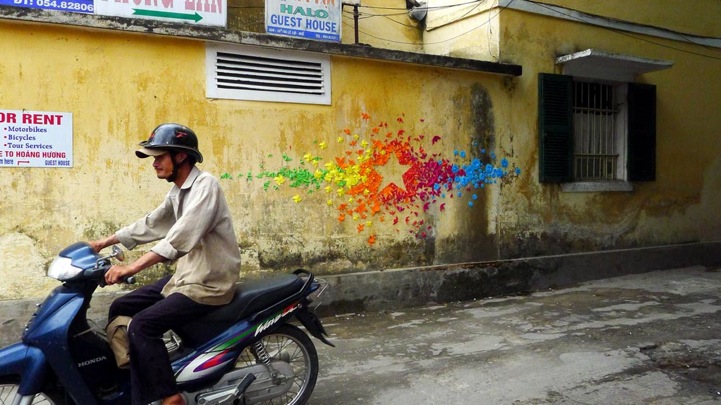 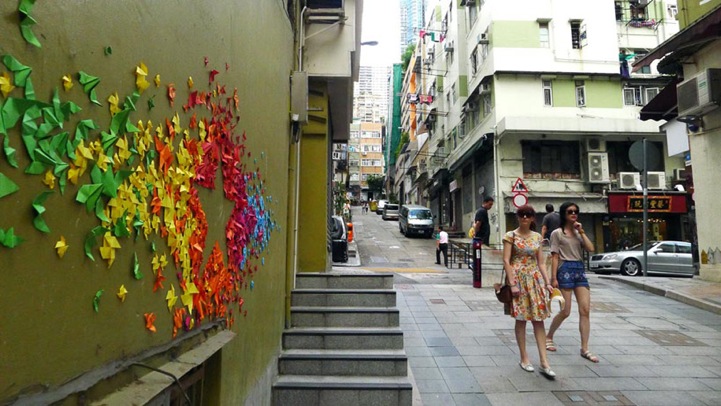 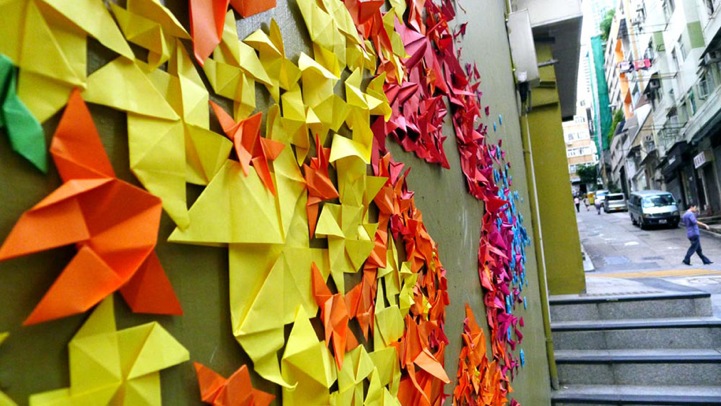 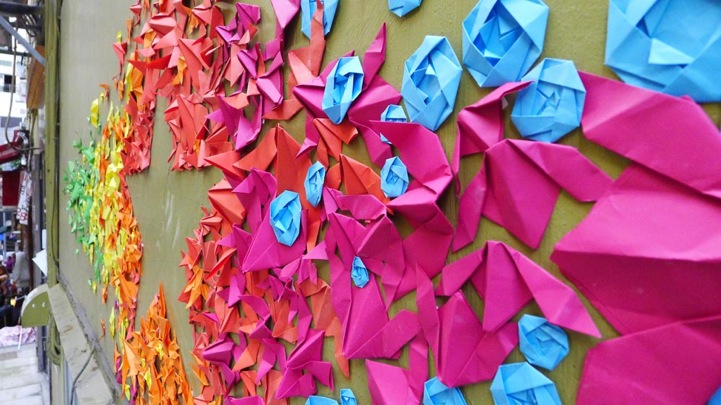 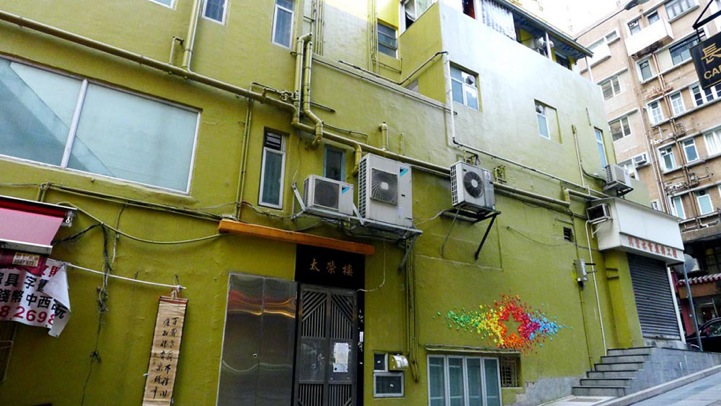 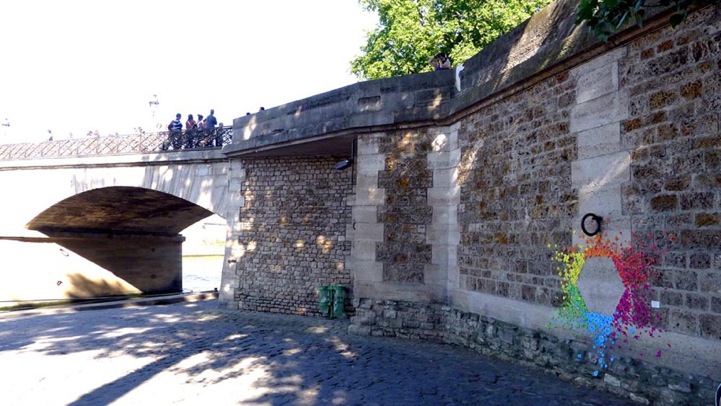 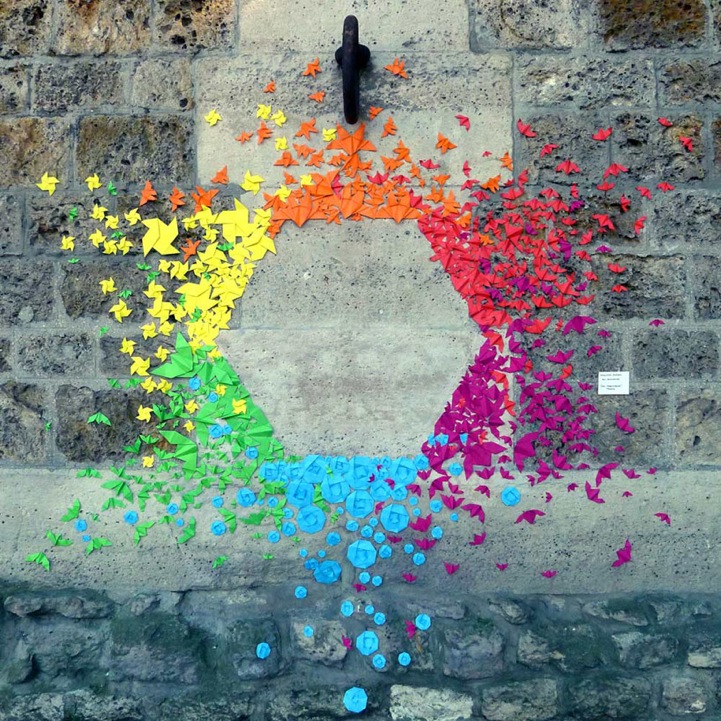 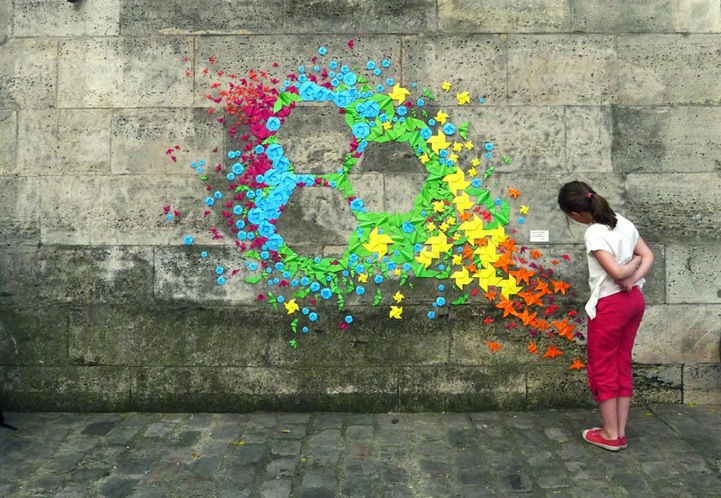