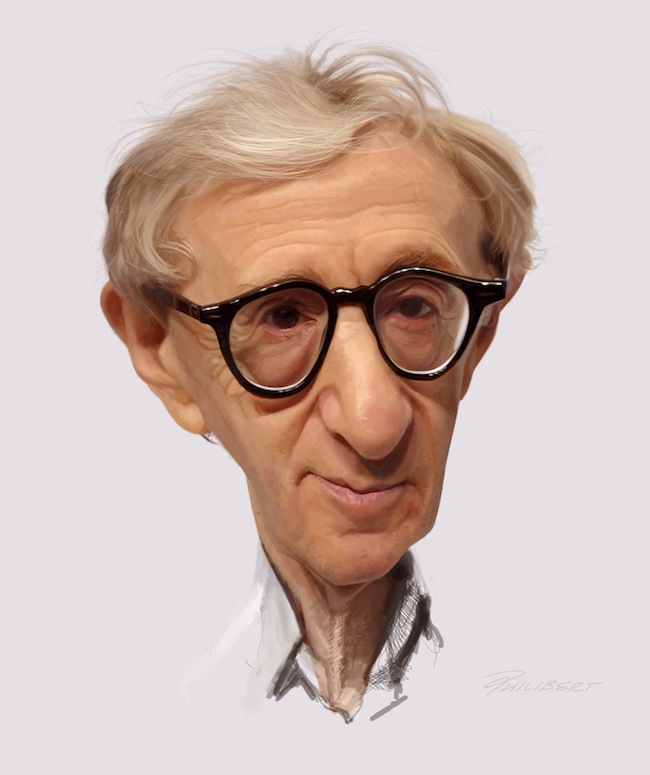 From movie stars and musicians to dictators and politicians, Dominic Philibert is able to recreate some of the most famous faces in the world, ones most of us can easily recognize. By carefully observing his subjects (or photos and videos of them), Philibert doesn't just look at their faces, he examines their expressions, their posture, their subtle gestures. Then, Philibert is able to distort their faces in a very exaggerated way while still maintaining some level of realism.

We caught up with the Montreal-based illustrator to ask him about his creative process. Read that interview, below, after enjoying his incredible work. 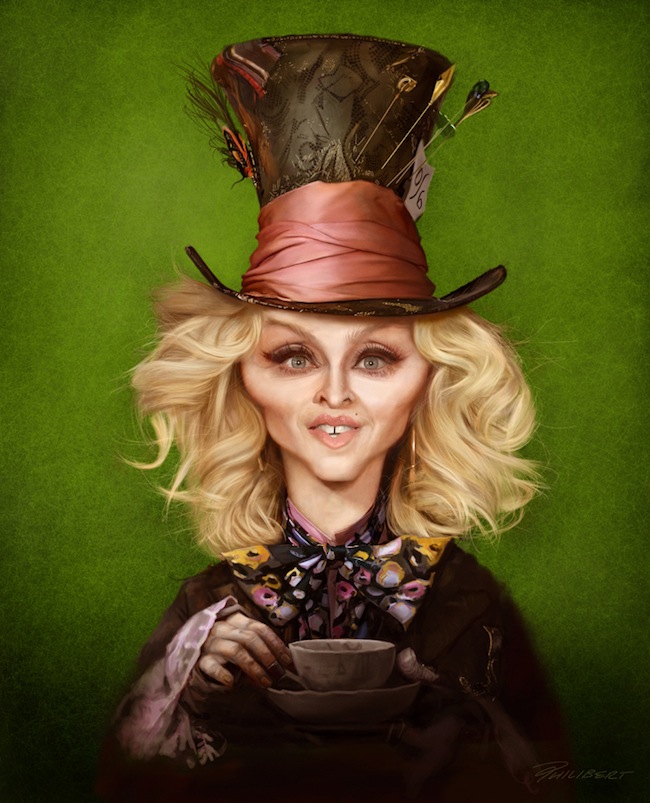 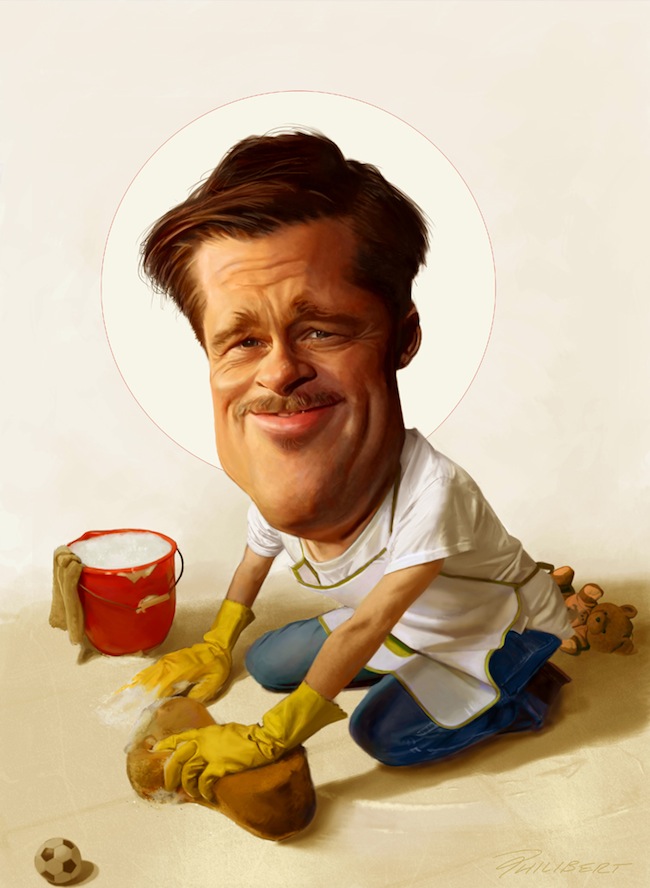 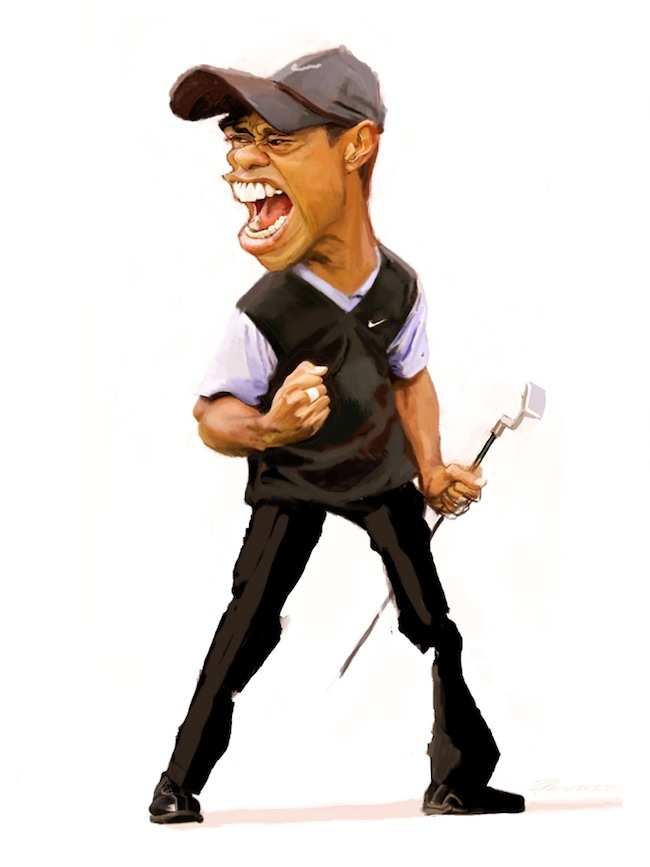 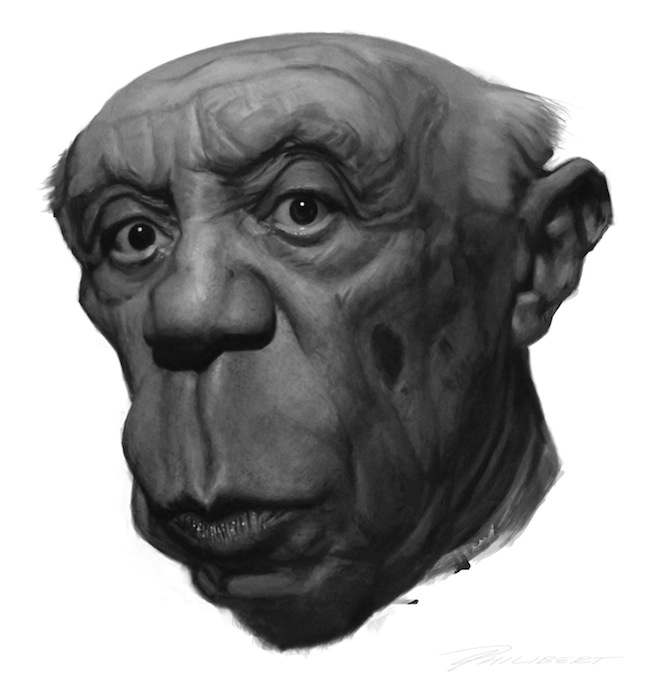 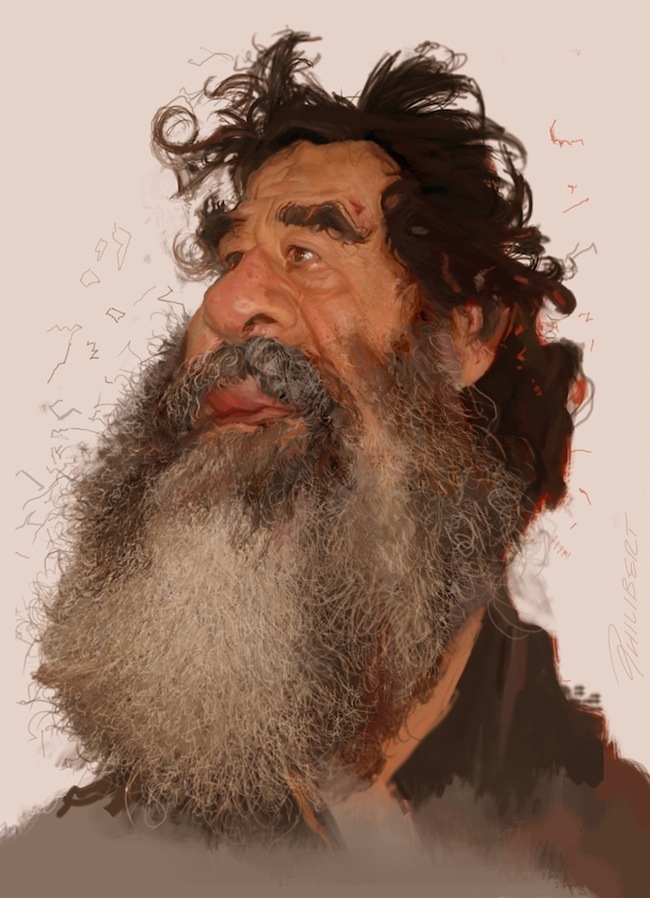 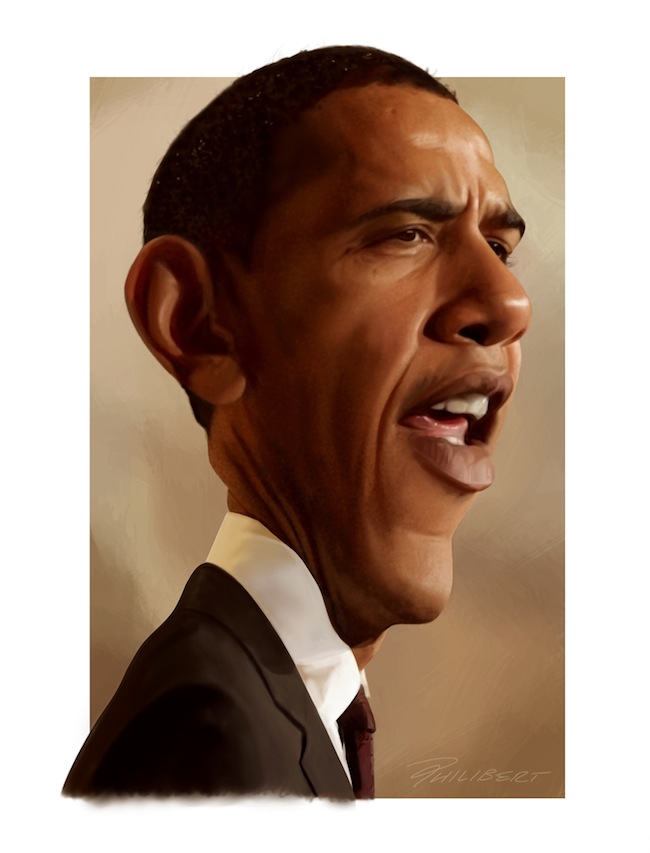 Tell us about the new feature in Illustration Now! Portraits. How did this happen?
Firstly, I want to thank you for giving me the opportunity to talk to you and all your readers.

It was very simple. The editor in charge of Tashen had an exchange with a friend of mine, last September. He told me that they had made a selection of illustrators for the release of the next issue of Illustration Now! Portraits in which they would like me to participate and publish my work. So I accepted the invitation and have subsequently forwarded, by email, all the pictures of mine which they expressed a recommendation for. I really appreciate that he thought of me. It is a great honour. It is a magnificent publication, a great source of inspiration that contains many excellent international artists. This is definitely a book to purchase and put in your library!

What are some tips on how to make caricatures?
?Caricatures are a sort of half way between the simplicity of cartoons – the great thought expressed in the simplest way – and the technicality of portraiture. The first thing to think about when you are about to start a caricature is to get to know as much as possible about the subject whom you are to draw and/or paint. The goal is to accumulate several references and photos, from different angles, in order to better familiarize yourself with that person, or the character of the person. We all have a clear picture in mind when we hear the name of a certain celebrity because we are accustomed to seeing them in newspapers, magazines and television. They seem an integral part of our daily lives. The Caricaturist must therefore make it their duty to find the right clich that expresses the truth of the subject.

Choosing that right initial image then becomes the key. If you started working with a bad reference, the end result may suffer. It is better to take the time it takes to research your topic well, at the very beginning, before attacking the surface and drawing those first lines. Catching the resemblance during the final step is definitely to be avoided! Under the constraint of a deadline, the battle can become quite stressful as time flies still twice as fast!

When you are drawing ‘normal' people, it can be a little more complex because we often know nothing of the person. The artist is left to themselves (ourselves) and we sometimes have to improvise. Again, we must once demand the best reference images possible. For example, if the subject weighs 140 pounds (64kg) and you gave him 50 more, the result can be very disappointing, even insulting, and potentially end an otherwise good relationship.

The important points to consider and pay attention to when you draw the caricatured portrait are: the eyes, the mouth, the face shape, and their relationship to one another.

In addition, a basic knowledge of facial anatomy is also recommended.

You mix traditional and digital tools. Can you go for what you use to create your illustrations?
Actually, I was traditionally trained in art school. The computer made its appearance at this time as a new medium. I could not tolerate the fact that I had to draw on a prehistoric graphics tablet and to look at the screen at the same time. Coordination was both difficult and, worse, impersonal. I remember drawing a line on the tablet and seeing it appear on the screen 30 seconds later. I didn't see any advantage to its use. The airbrush was my favourite medium for many years. I painted with acrylics and it allowed me to be very precise and to be able to deliver orders quickly. Now, the market for illustration has changed so much. We must be even more efficient and competitive. I would say that the computer offers unmatched speed of drying and the mail system is much faster. In the end I use most of the media, but when I make illustrations for publications, or advertising, that is to end in print, the choice to paint digitally becomes much more appropriate.

What was your most popular caricature and why do you think it was?
?It is hard to pick one, but I think that the Mona Lisa that I did back in 1998 would be it.

It was my very first painting done for a magazine cover. I had nine hours to complete the whole illustration, and I remember doing this one so fast while drinking coffee. It took me eight and a half hours from start to finish. This illustration was painted traditionally with an airbrush on two separate boards. This is what makes this one stand out among all the others: the main difficulty was to make both the background and the Mona Lisa look balanced in colour. It is a real challenge to imagine how the colours will look when they are superimposed. Nowadays it is easy to do with Photoshop's help, but in those days it was a challenging problem to resolve under such pressure.

Do you purposely try to stay relevant, creating caricatures that are of “the moment”?
?When I draw, I try to make myself happy by finding people who inspire me and whose work makes me want to discover more of them. Honestly, it's very rare that I care whether the characters are ‘in the moment' or not. Many of them have already died. I often have a soft spot for the pioneers in all fields of activity. Ever since I was little, I was always attracted to the past. I love the old pictures, movies, music, cars, buildings, but, above all, I find that older people have so much more character than the young. I think they have a soul, a story to tell. Their faces are sculpted and carved according to the joys and sorrows they have experienced.

On the other hand, where it's for an order, it's understood that I adapt myself to the customer's needs and I consider it is my duty to satisfy those requirements accordingly to topic of the moment.

How do you stay creative?
?Above all, I think, an active openness and curiosity, and a keen sense of observation can play an important role in terms of creativity. These are certainly qualities to develop in order to eventually break free and to better express ourselves. There is so much information around us, to discover and absorb. Remain open to your environment(s), this can provide a multitude of creative options and provide answers that can serve as links between different spheres of life and help create more interesting links.

And, of course, we all have our own experiences, all rich in content and diversity, and very personal each to themselves. Our own life experiences are excellent resources to exploit.

I think that the more you express yourself, the more you actively play with your ideas, the easier it will become to merge those ideas more rapidly, to create your own unique thoughts, thereafter.

Thanks for the interview, Dominic. Truly amazed by your work.

Make sure to drop by Dominic Philibert's blog and Facebook page to see more.