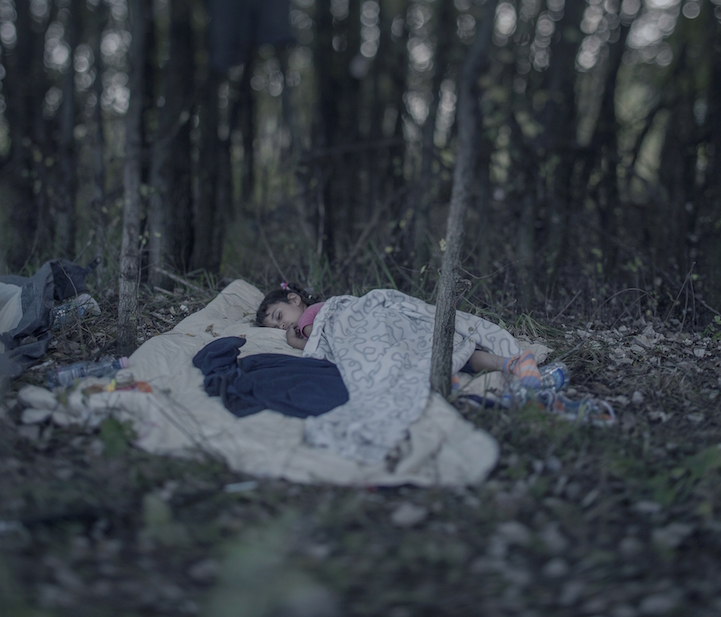 Of the 4 million Syrian refugees who have fled their war-torn country since 2011, roughly half are children.

Since January, award-winning Swedish photojournalist Magnus Wennman has journeyed across the Middle East and Europe to document the sobering reality of these children's lives as they lay their heads down to sleep in strange lands far from home. Leaving behind their beds, friends, and everything they've ever known, young refugees snatch quiet moments of rest after long days filled with hunger and exhaustion, unfamiliar camps, and a never-ending march forward in search of a better future.

Wennman's powerful photos, which show small, slumbering figures curled up on cardboard and grass, were published on Aftonbladet in collaboration with Fotografiska to support the UN's Refugee Agency UNHCR.

We had the opportunity to ask Wennman a few questions about his eye-opening series, which can be seen below with captions courtesy of the photographer. Scroll down to read that exclusive interview and head over to Aftonbladet for more images.

HORGOS, SERBIA. Back home in Baghdad, the dolls, the toy train, and the ball are left; Lamar often talks about these items when home is mentioned. The bomb changed everything. The family was on its way to buy food when it was dropped close to their house. It was not possible to live there anymore, says Lamar's grandmother, Sara. After two attempts to cross the sea from Turkey in a small, rubber boat, they succeeded in coming here to Hungary's closed border. Now Lamar sleeps on a blanket in the forest, scared, frozen, and sad. 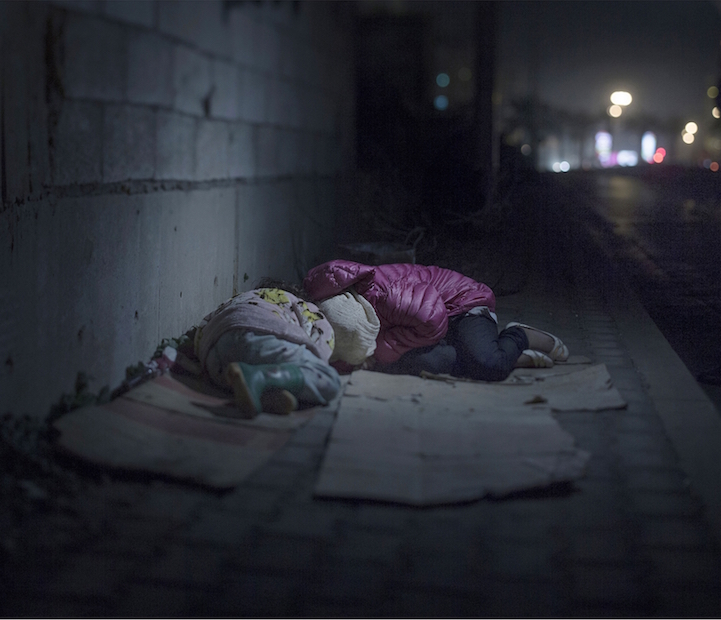 BEIRUT. Ralia, 7, and Rahaf, 13, live on the streets of Beirut. They are from Damascus, where a grenade killed their mother and brother. Along with their father, they have been sleeping rough for a year. They huddle close together on their cardboard boxes. Rahaf says she is scared of “bad boys,” at which Ralia starts crying. 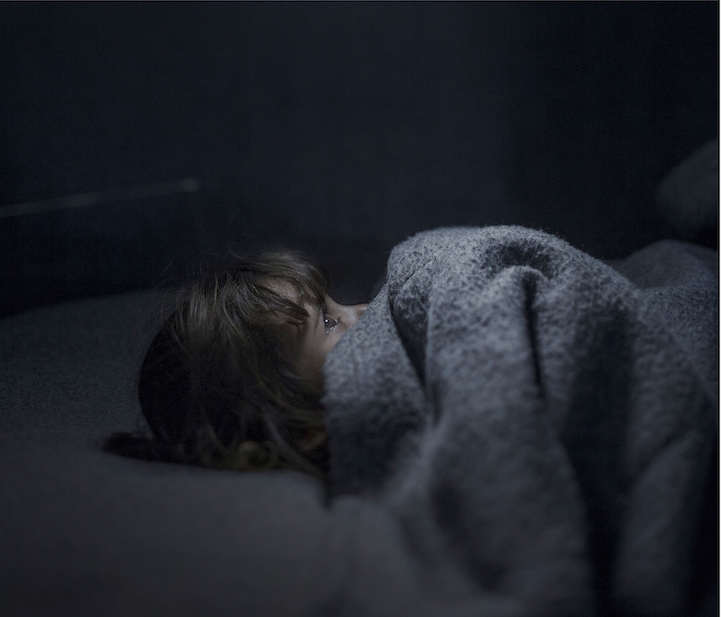 AZRAQ. Fara, 2, loves soccer. Her dad tries to make balls for her by crumpling up anything he can find, but they don't last long. Every night, he says goodnight to Fara and her big sister Tisam, 9, in the hope that tomorrow will bring them a proper ball to play with. All other dreams seem to be beyond his reach, but he is not giving up on this one.

See more photos and the full story on Aftonbladet.

My Modern Met: When and how did you come up with the idea for this series?

Magnus Wennman: The project started in January. We were discussing at my newspaper how to get more people to care about the conflict in Syria. At that time, we had not yet seen the massive influx of refugees who are now coming to Europe. I came up with this idea. I think it is something everybody can relate to. I believe it can be difficult for outsiders to care about a conflict that has been going on for years and may be hard to understand, but there is nothing hard to understand about how children need a safe place to sleep.

Over the year, I have traveled to seven countries. I have met refugees in countless refugee camps and on their journeys through Europe.

MMM: Seeing all of the refugees–and children, in particular–what struck you the most about their plight?

MW: It takes very much for a child to stop being a child and to stop playing and having fun, even in really bad places. But in some cases you could se they lost some hope. You could see it in their eyes.

MMM: How do you hope viewers will react to the photos?

MW: I hope that people feel something, and that people understand it's not just a big group of refugees–it's hundreds of thousands of individuals with different backgrounds who all deserve to feel safe.

My Modern Met granted permission to use photos by Magnus Wennman.