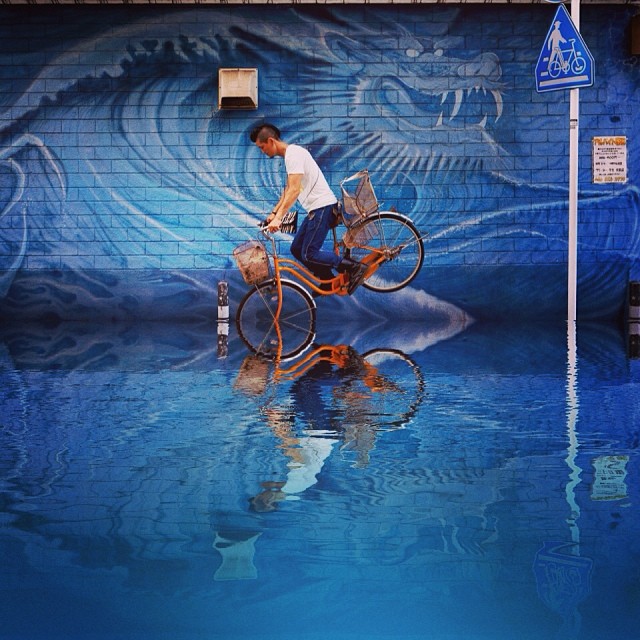 Tokyo Instagrammer Mamoru Kanai has always been good at riding bicycles, and he creatively shows off his skills in the ongoing series titled Riding Pop. The entire thing appears on Instagram under his username @mamotoraman, and it features him performing one-wheeled bicycle tricks in front of various Tokyo locales. Kanai's stunts include “wheelies” (standing on the back wheel) and “stoppies” (standing on the front wheel).

Throughout the Instagrammer's colorful series, we see that a friend skillfully photographed him in front of murals, passing trains, and on bridges. Everything is normally captured in a single shot, and Kanai will try and hold the position for as long as he can. He'll even challenge himself to perform the tricks while seated (you might normally see people standing up).

There's a fun, lighthearted feeling to these images, and it's partially because of the bike that Kanai has chosen to ride. Instead of using a technical bicycle, he rides a mamachari. It's the most generic type of bike in Japan that is often equipped with a basket or a child seat. “The most significant point about these portraits,” he explains to Instagram, “is the irony of performing stunts on ordinary bicycles that are made for moms with kids.” 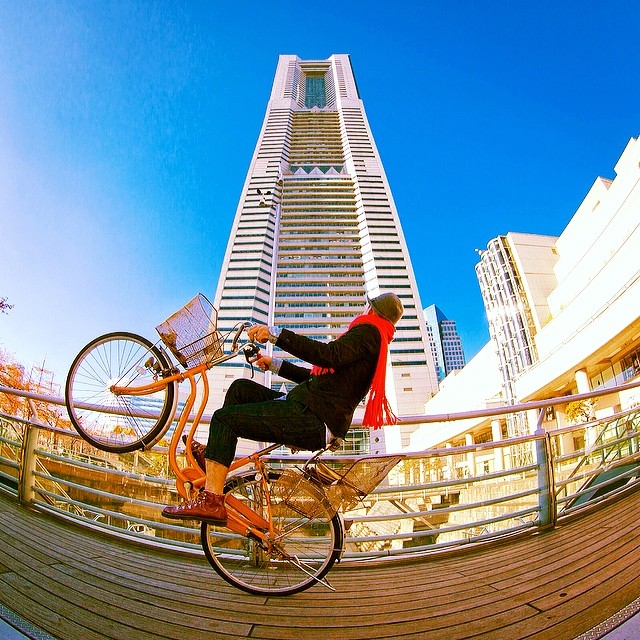 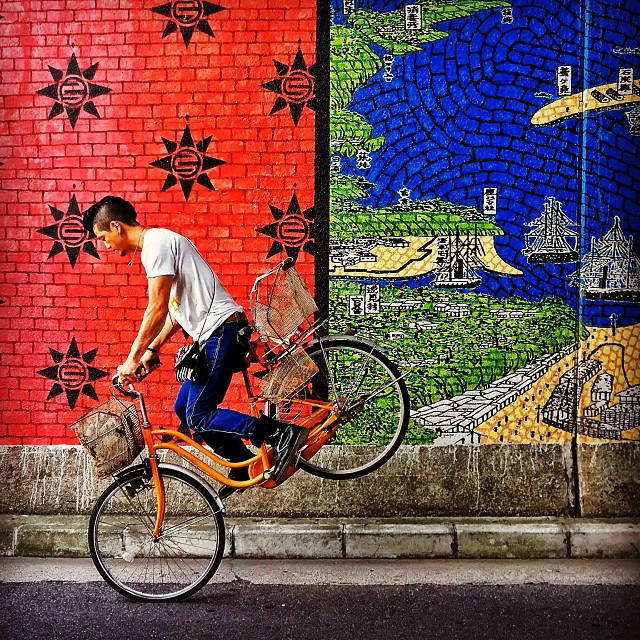 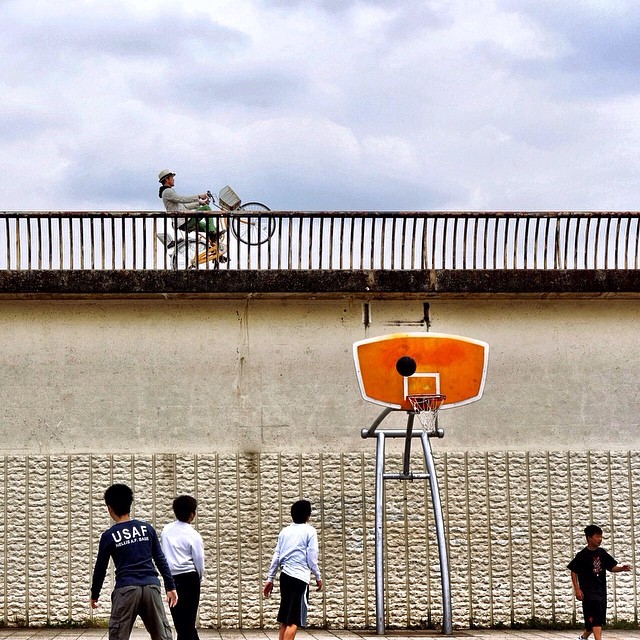 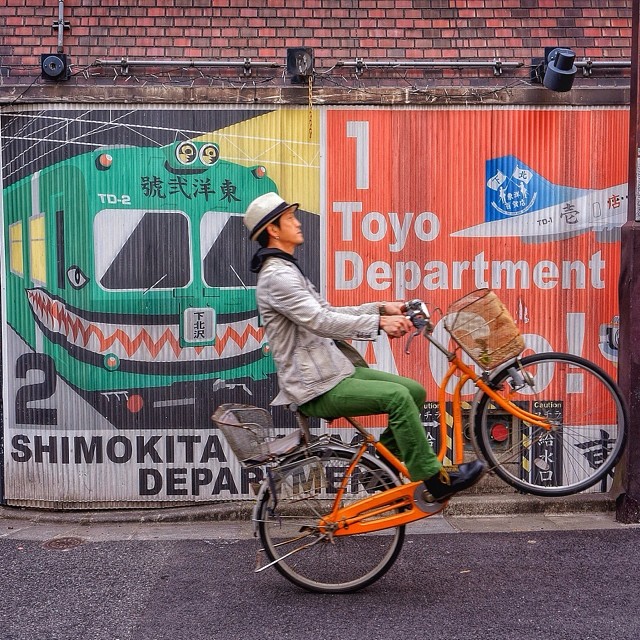 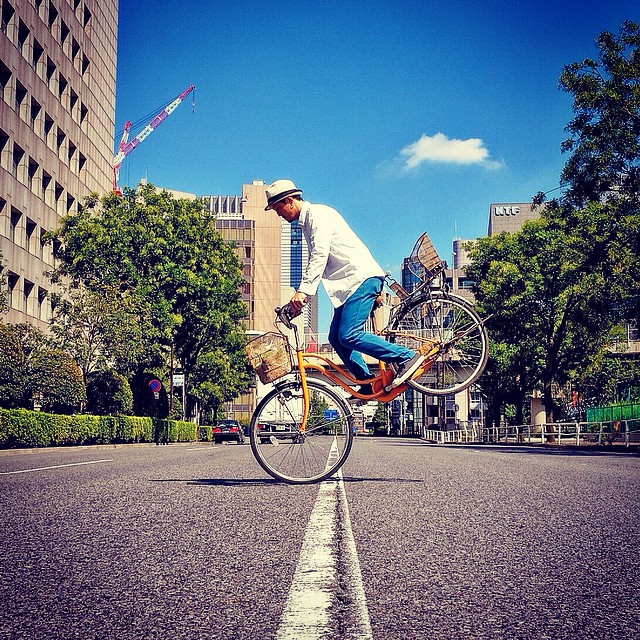 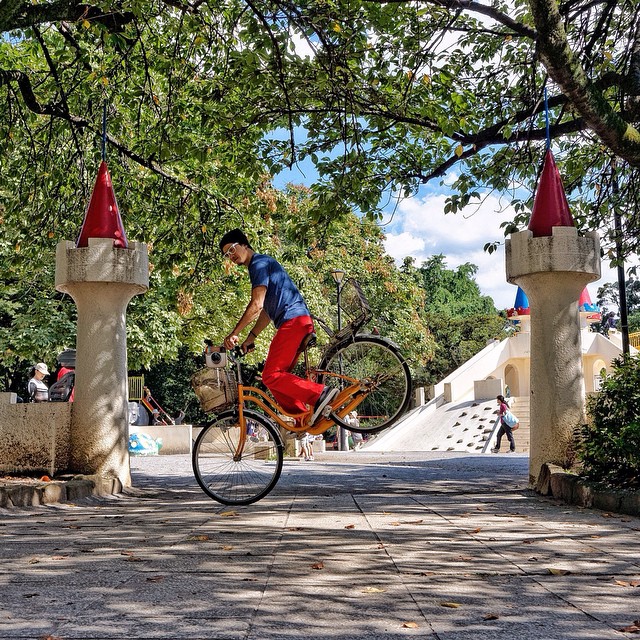 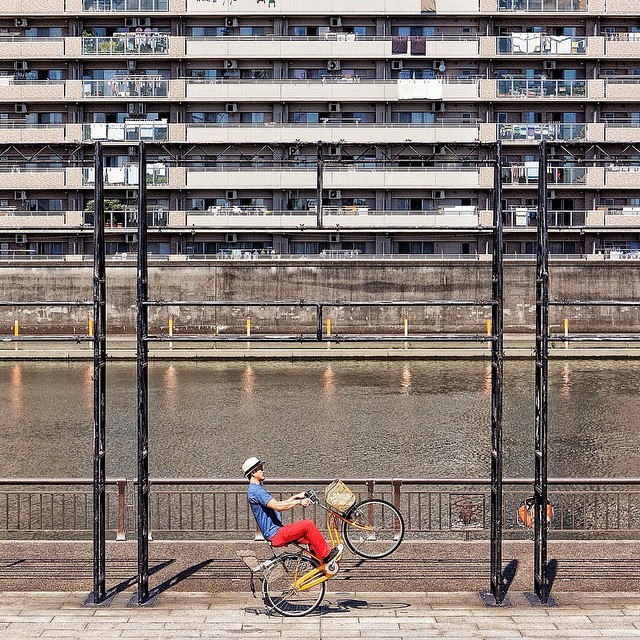 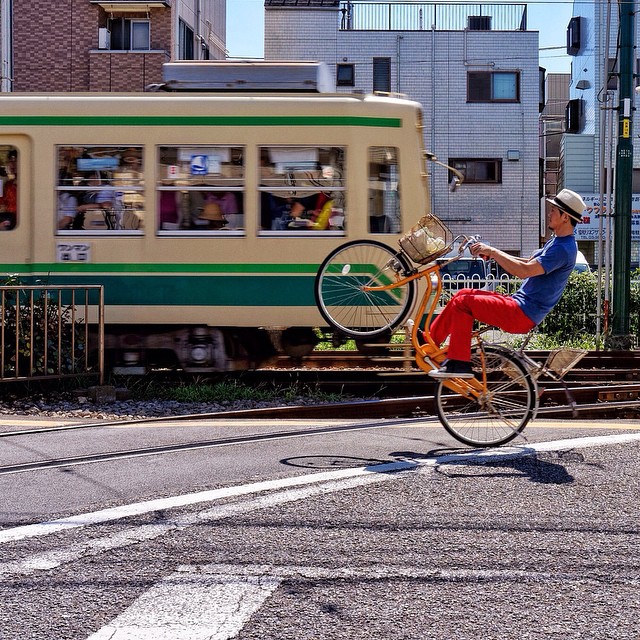 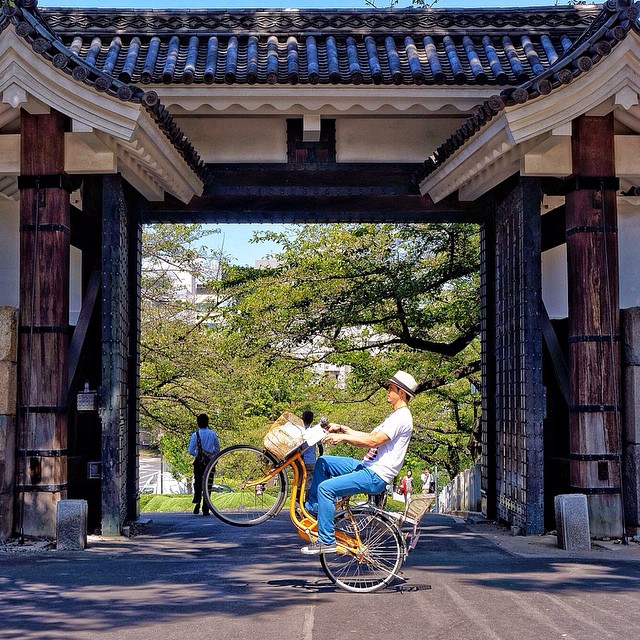