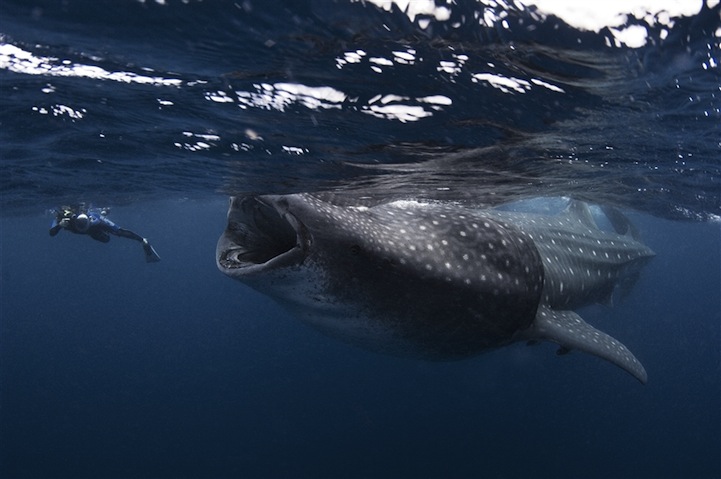 I bet this diver's heart practically jumped out of his chest as he saw a massive whale shark approach him with its mouth open wide. At 40 ft (12 m) in length, whale sharks are the largest fish in the sea. They have up to 350 rows of teeth in a mouth up to 5 ft (1.5 m) wide, but despite their size, they do not pose a risk to divers.

The photograph was taken during a feeding frenzy where more than 600 whale sharks gathered to feed on tuna spawn (eggs). Each year they converge in water off Mexico where they filter feed by sieving plankton from the water.

“‘I led an expedition of photographers and when you're down there with the fish it is like another world,” explains Handler. “On our last day I was taking a photograph of a whale and it ended up swimming at my photographer friend. They don't have very good eyesight but the diver managed to get out of the way. If he had have been sucked into the massive mouth the shark would have just spat him out.” 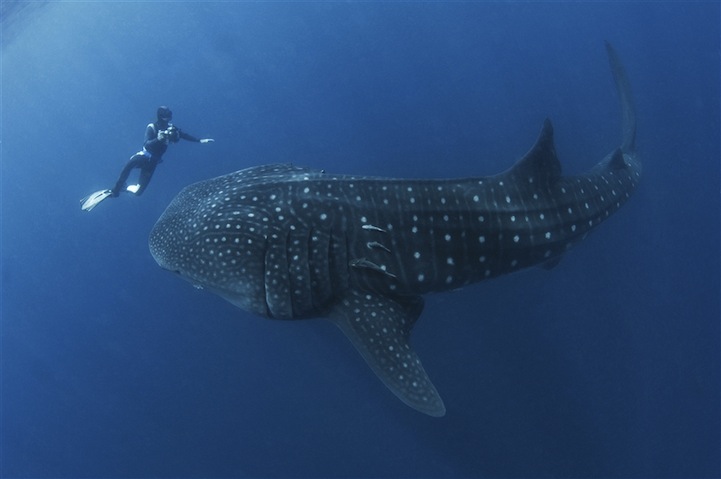 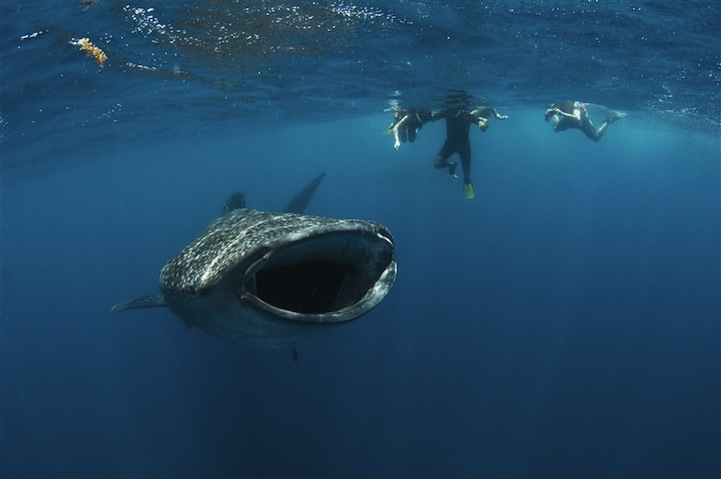 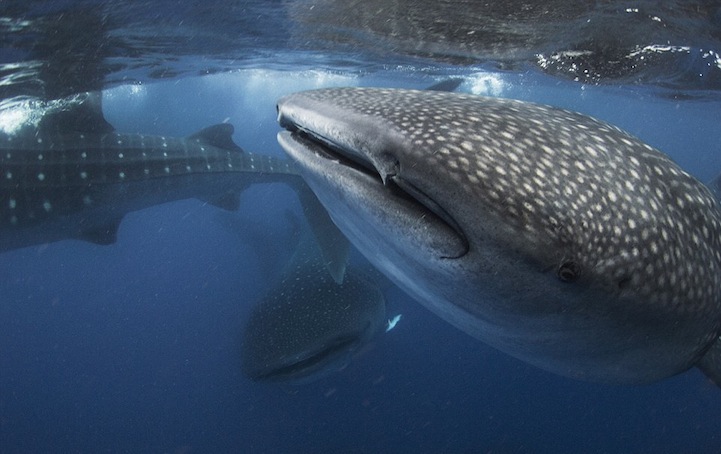