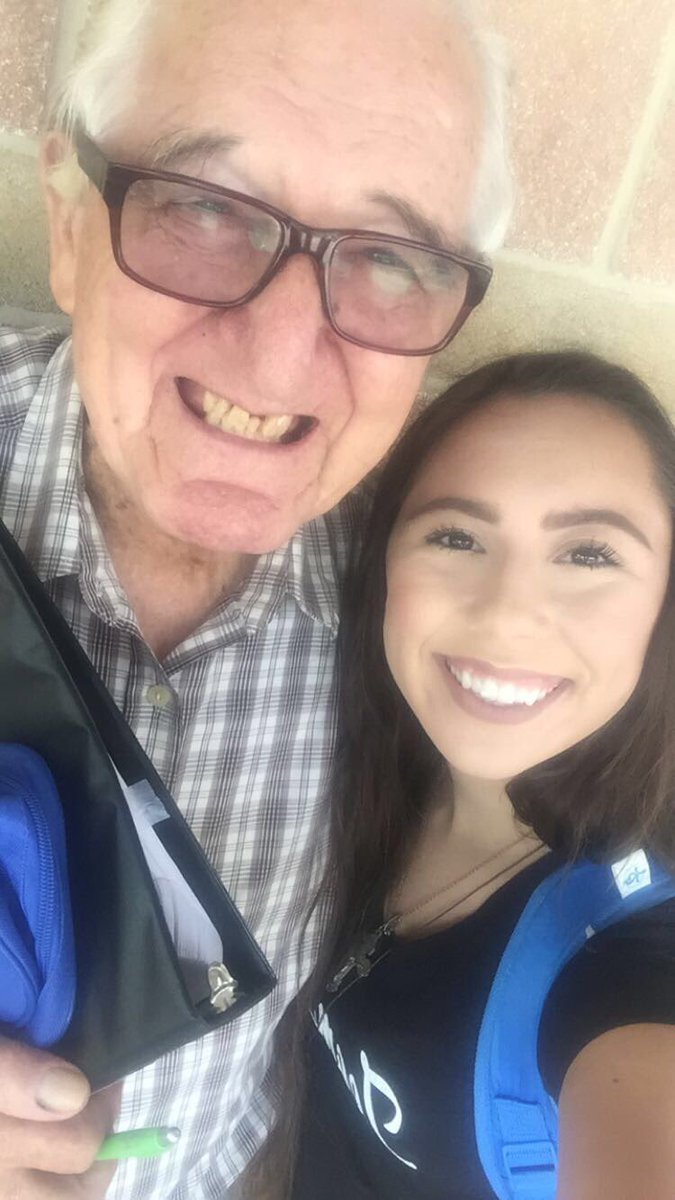 Last Wednesday was freshman Melanie Salazar‘s first day at Palo Alto College. It also happened to be her grandfather Rene Neira's first day back at school, too. At 82 years old, the determined grandpa is taking the last class he needs to receive his associate's degree in economics. Conveniently, he's achieving his goals in a place where he can walk his granddaughter to class and meet her for lunch, too!

Neira briefly attended St. Mary’s University in the 1950s, but had to put his education on hold when he decided to get married and start a family. He took classes inconsistently throughout his life, but it was the death of his wife in 2009 that really pushed him to graduate. Born to immigrant parents, Neira had always been involved in politics and even participated in the 1960's Mexican American Civil Rights Movement. He's always been determined to pursue what he believed in, even if he hasn't always been “what you would call a model student,” in Neira's own words. “Sometimes I wonder, what in the world is an 82-year-old doing, going to college? But somehow, something keeps me going. I think it keeps me mentally alert, too.” 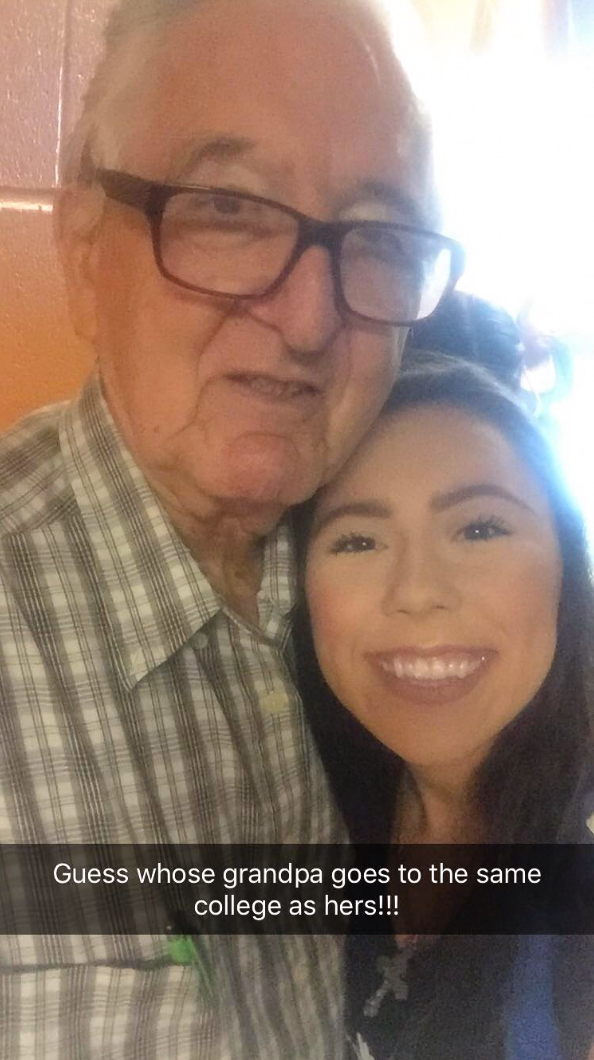 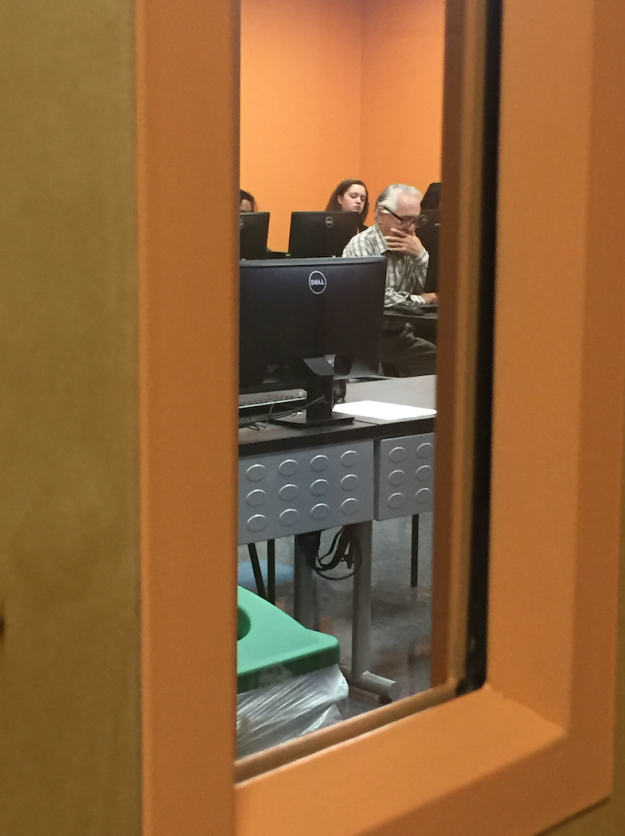 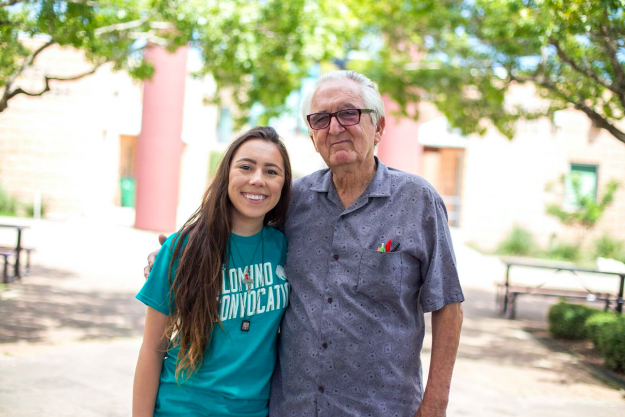 Although she knows that he'll only be at Palo Alto for one semester with her, Salazar says she will treasure the time they spend together as academic peers. Her grandfather is her best friend and an inspiring one at that. “It only motivates me more to not give up,” she shares proudly. “It makes me realize the importance of getting an education like my grandpa…so I can accomplish something great like him.”

Neira has not just inspired Melanie, but is an example of determination to much of the Twitter world as well. Melanie's tweet, which celebrated her and her grandfather's first day, has touched people across the world. Comments include: “If he can do it, I can, this gave me so much hope,” and “Y'all it's never too late to pursue your goals.” In response, Neira makes it clear that he doesn't mean to inspire anybody, but himself. “I'm glad that's what it's doing, but I'm just doing what I've always wanted to do.” And Neira's not done yet. He tells Buzzfeed that after he finishes his associate's degree, he plans to continue to get a bachelor’s degree in economics at the University of Texas at San Antonio. Until then, he and his granddaughter will continue to wave to each other as they walk into their separate classrooms—him proud of her, and her proud of him. 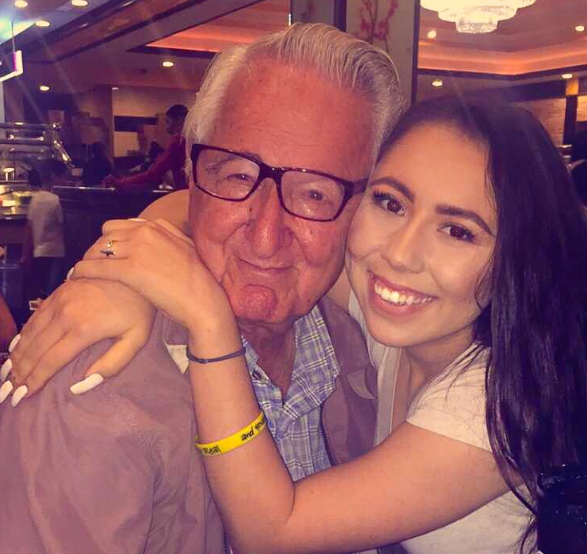 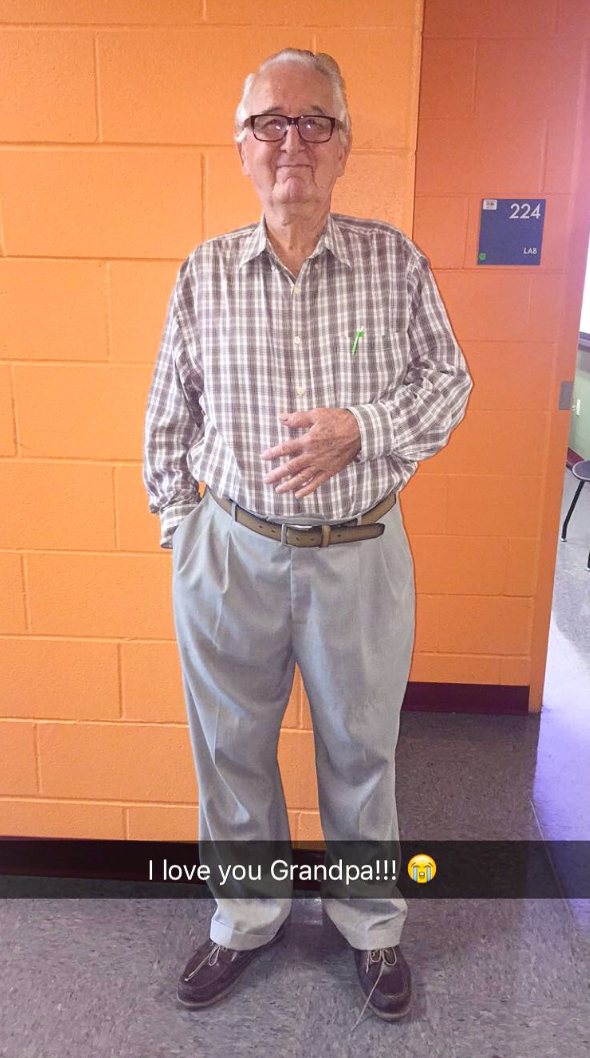 All images via Melanie Salazar.