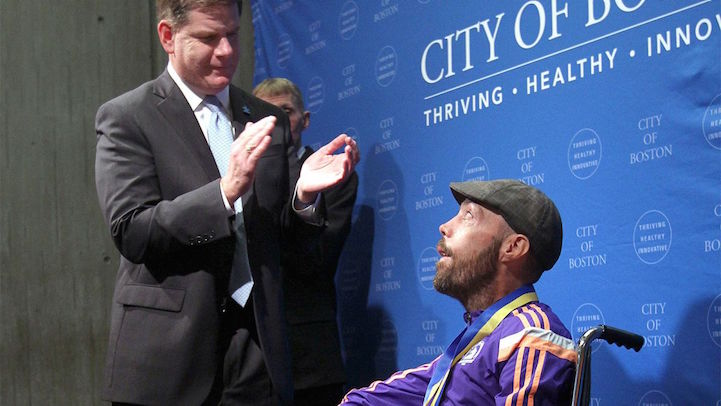 This year's Boston Marathon was won by a woman who ran 26.2 miles in just over 2 hours, but she wasn't the only winner. The last person to cross the finish line was 39-year-old Venezuelan Maickel Melamed, who has a form of muscular dystrophy that greatly impairs his movement. This marathon holds special meaning for the physically-challenged man, since his parents brought him to Boston as a child to be treated for his disease.

Even though it took Melamed 20 hours to complete the marathon, he continued on despite drenching rain, cold, wind, and Boston's hilly terrain. During the race, the inspiring man was joined by a group of volunteers who walked beside him, held umbrellas for him, and cheered him on. This touching scene was then photographed by Michael Blanchard. “After 20 hours of rain, wind and cold, Boston is still strong. The whole city has been so helpful and so loving,” Melamed stated, repeating the “Boston Strong” catchphrase from the 2013 Boston Marathon bombing.

When asked about his reason for competing, Melamed explains that his goal is to give hope and inspiration to others. “The message here is that love is so much stronger than death,” he stated.

This past Tuesday, Mayor Marty Walsh presented the empowered runner with an official race medal in honor of his extraordinary efforts. 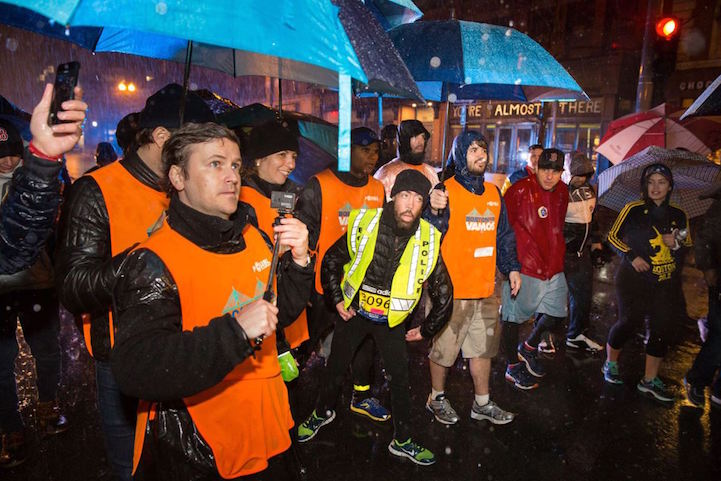 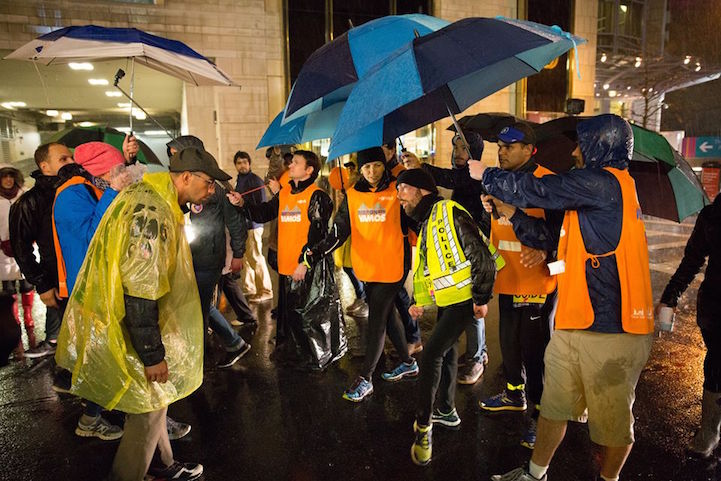 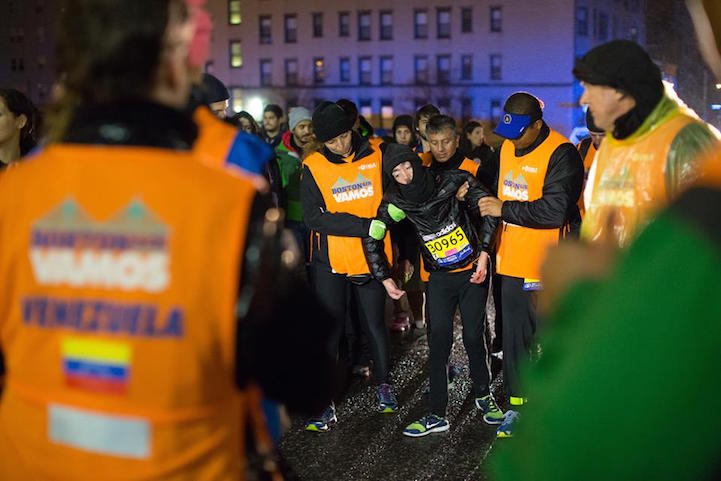 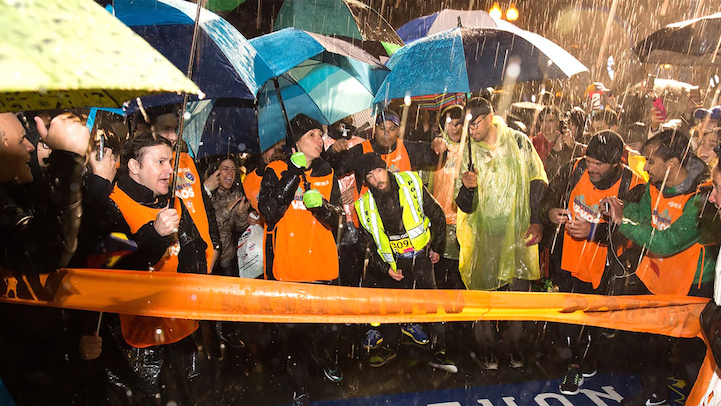 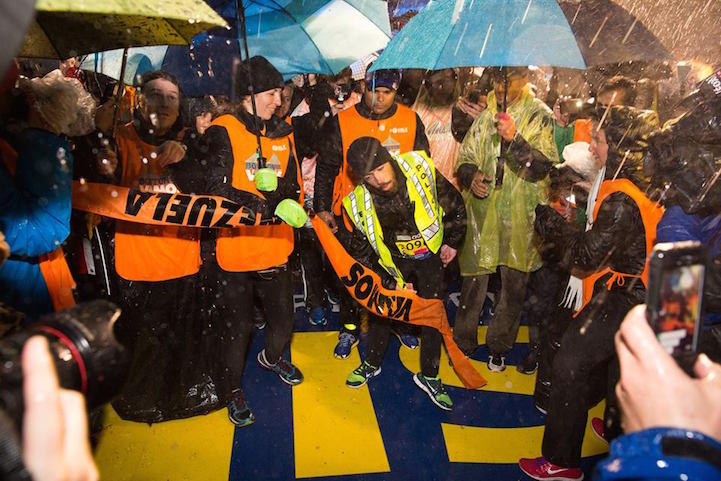 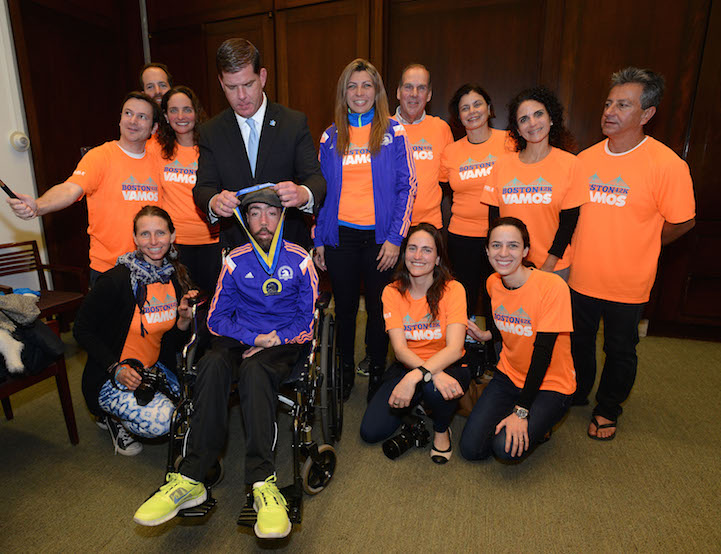 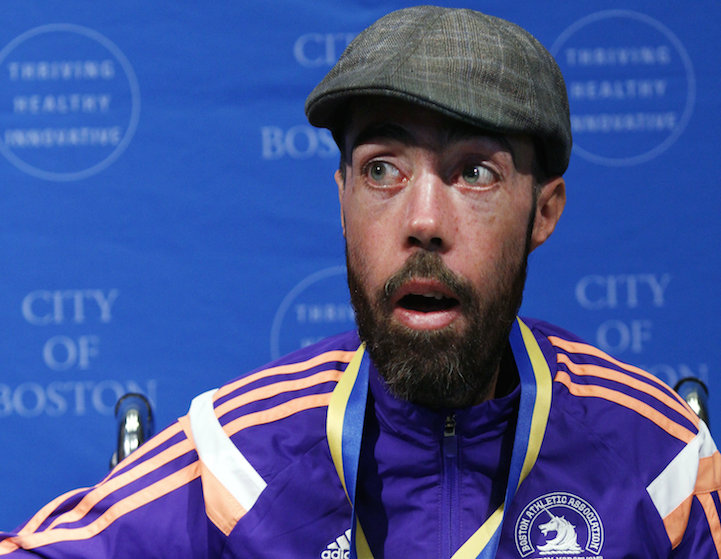