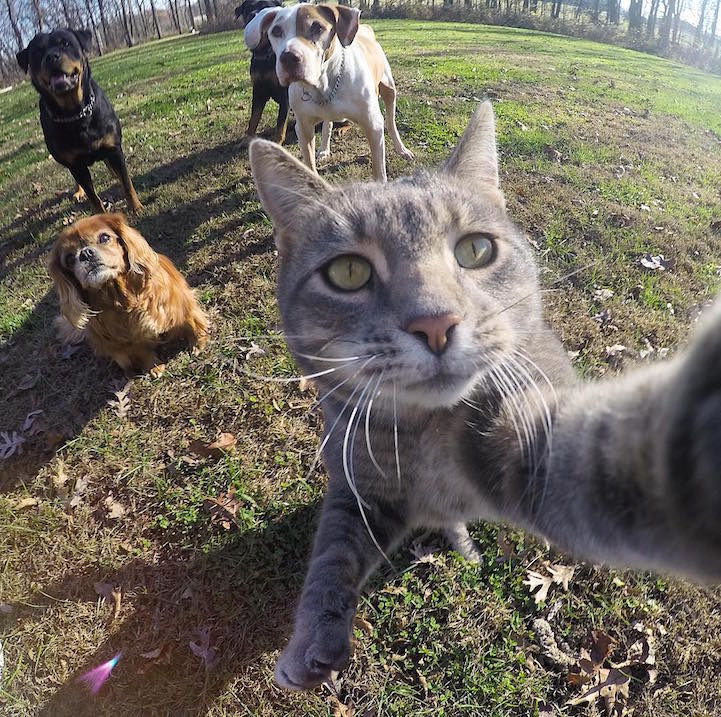 If the Instagram account @yoremahm proves anything, it's that humans aren't the only ones taking hilarious selfies–cats can, too! A grey tabby known as Manny the Selfie Cat has snapped many pictures of himself against the backdrop of a rugged Arizona outdoors. His picture-purrfect selfies rarely depict him alone, and the adventurous feline is often accompanied by his loyal dog crew while they explore the woods and snow.

Manny's selfies are taken with a GoPro camera. His human, a man named Yore, first saw Manny's propensity for the device when, during a photo shoot, he reached out his paws to touch the camera. Since then, Manny has had an affinity for the GoPro and poses for a photo whenever he sees it.

The meeting of Manny and Yore was a serendipitous event. After Yore's beloved cat had passed away, Manny arrived as a stray soon after. “I figured Manny was just one of the other cat's nine lives coming back home,” he told Feature Shoot. Since the photogenic feline has been on the scene, he's taken Yore's Instagram by storm, as his charming personality delights viewers from around the world. 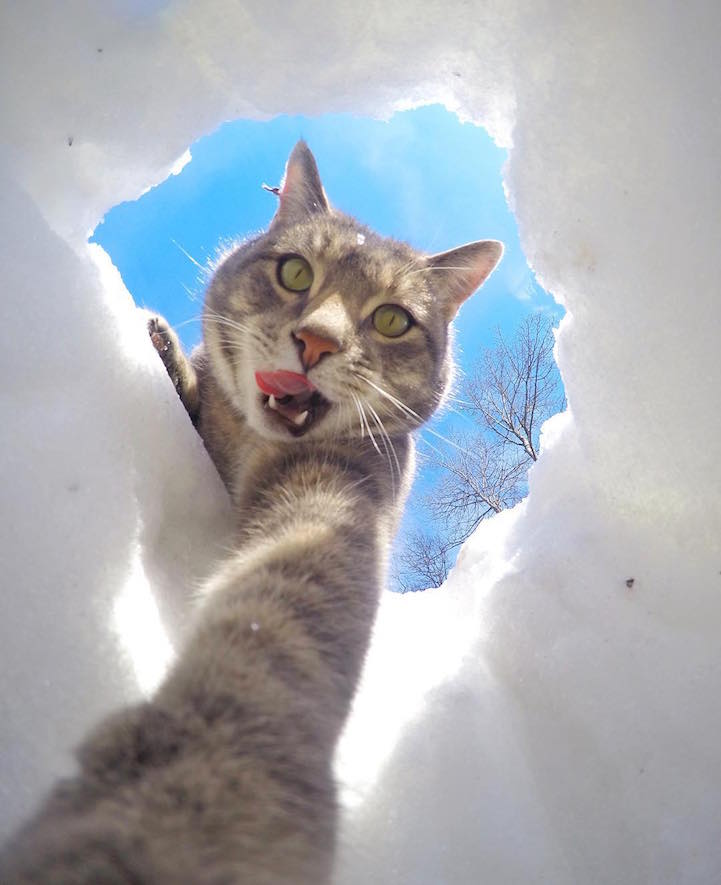 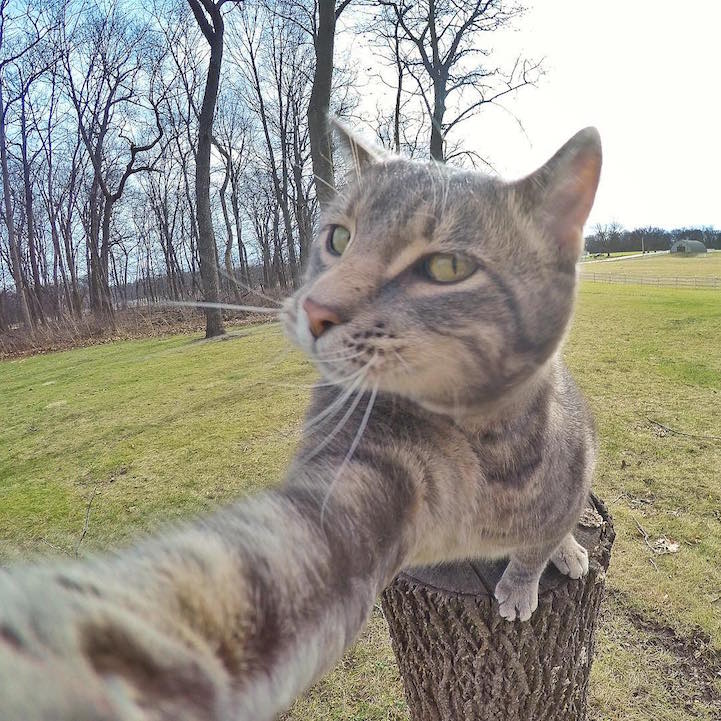 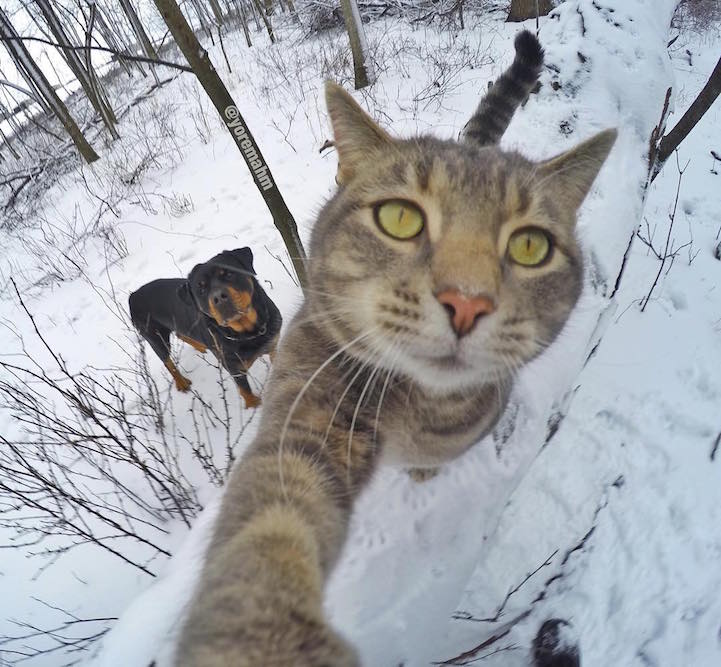 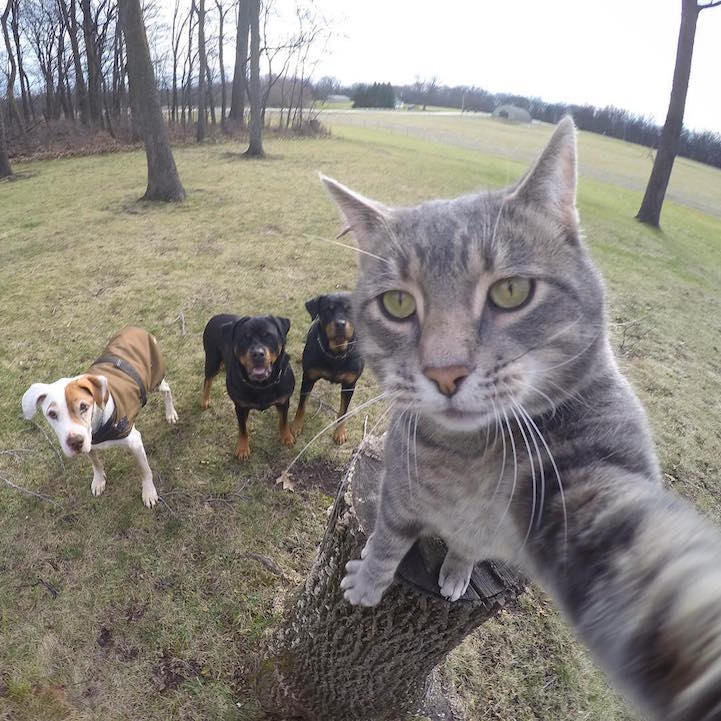 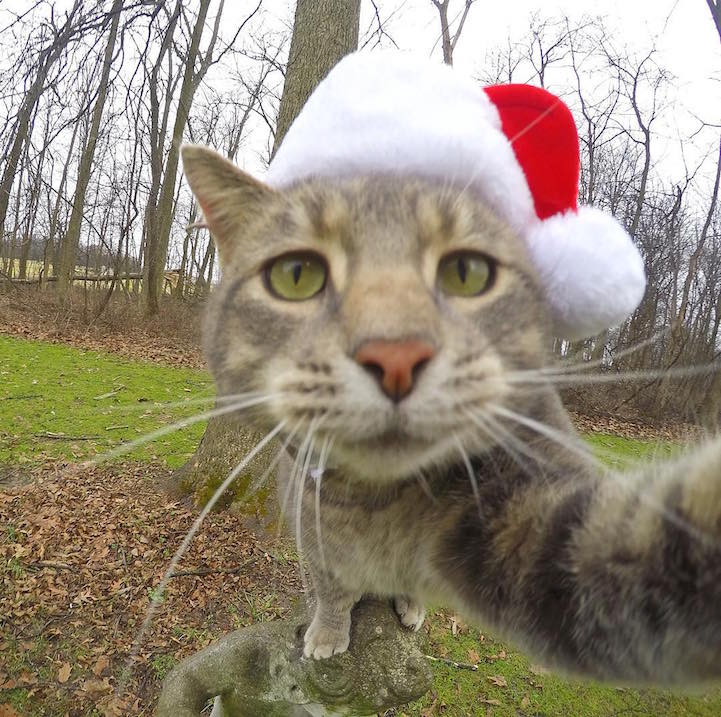 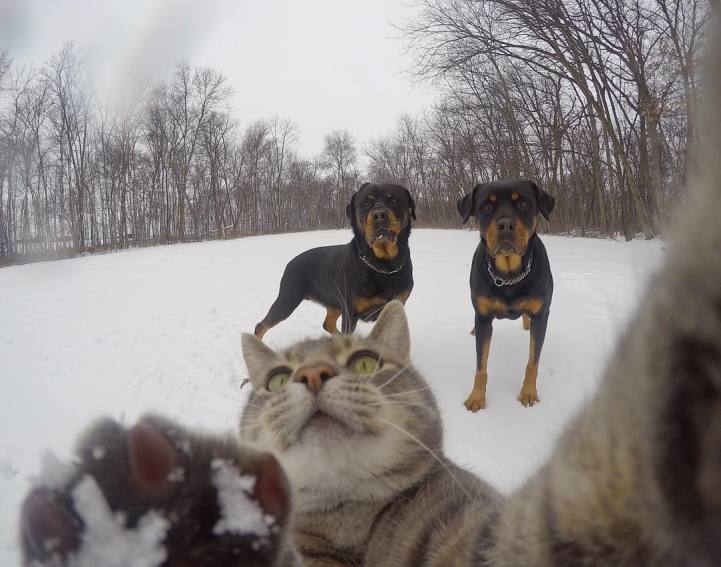 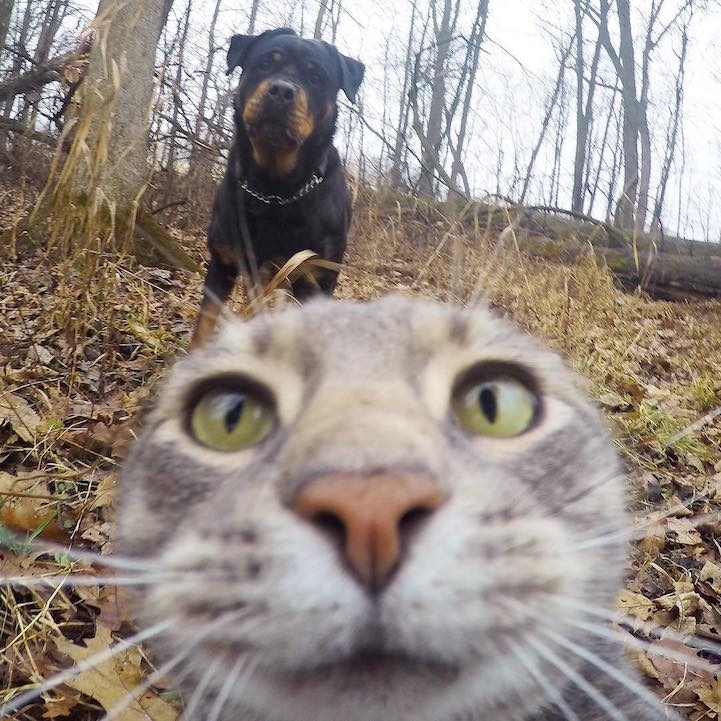 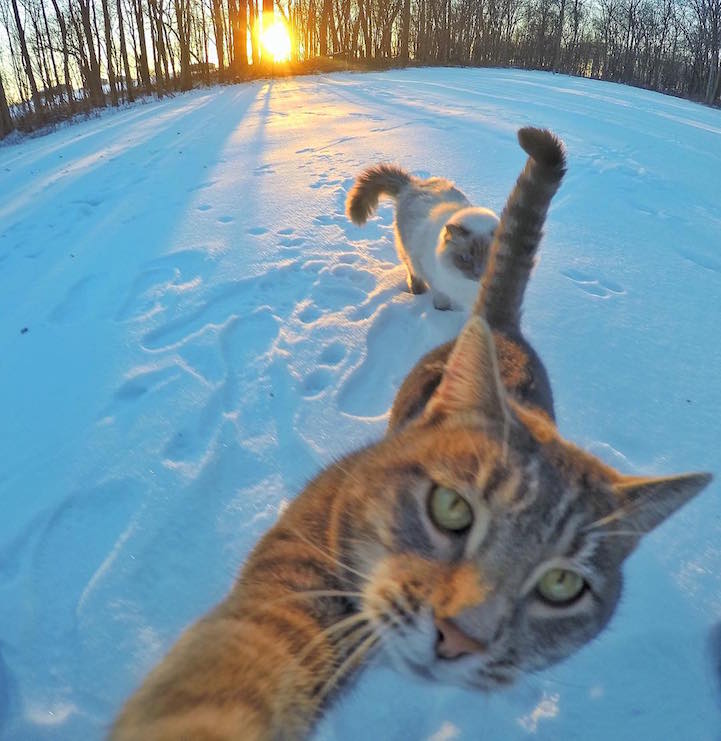 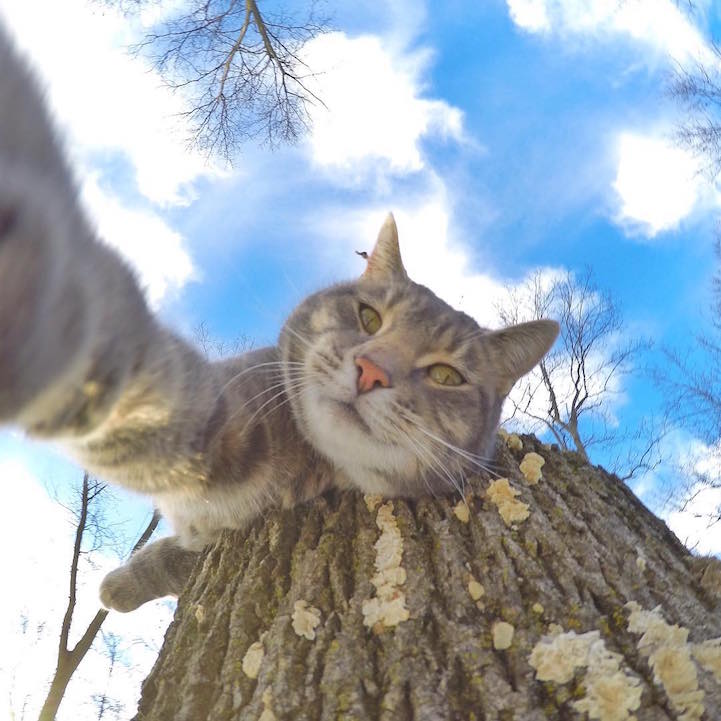 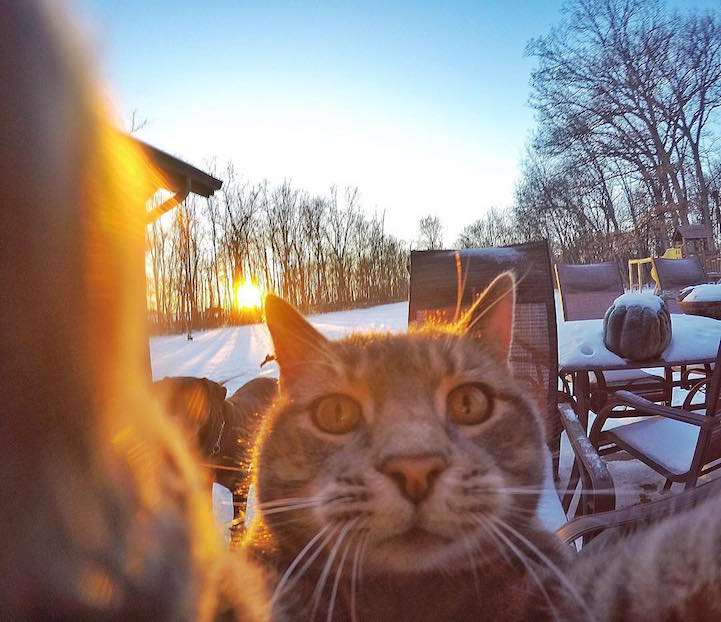