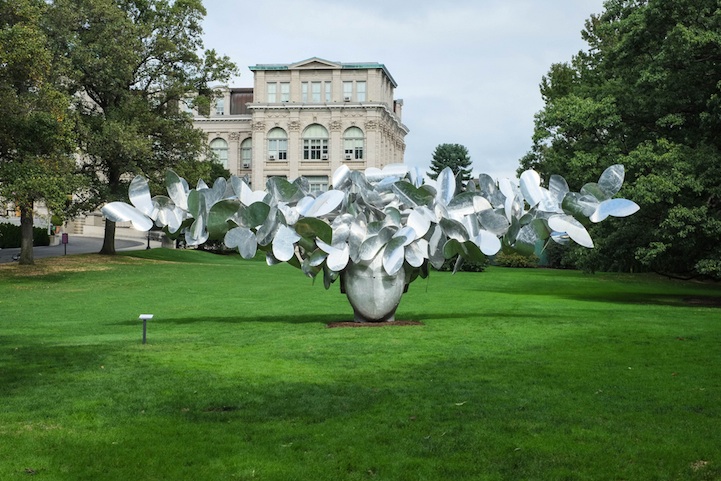 Spanish artist Manolo Valds is currently showing some beautifully impressive sculptures at The New York Botanical Gardens in the Bronx. Opened just last month and running until May 26, 2013, the exhibition, titled Manolo Valds: Monumental Sculpture, includes seven bronze, steel and aluminum sculptures ranging in size from well over 17 feet tall to more than 50 feet in width.

All of the seven sculptures feature a massive female head wearing an ornate headdress. Valdez drew his inspiration from the Botanical Garden's natural landscape of ferns, trees and palm fronds. One of the most impressive pieces, called Butterflies, is a 50-foot-wide aluminum piece, that was first conceived three years ago when Valds saw a man sunbathing in Central Park with monarch butterflies swirling around his head. According to The New York Times, “That image – along with an exhibition of tropical butterflies at the American Museum of Natural History and a Spanish expression describing people with a lot of ideas as having butterflies in their heads – kindled something in the artist.

“All of a sudden, they were everywhere,” Mr. Valds said of the butterflies. “That's how ideas start. You never know when one is going to pop in.” 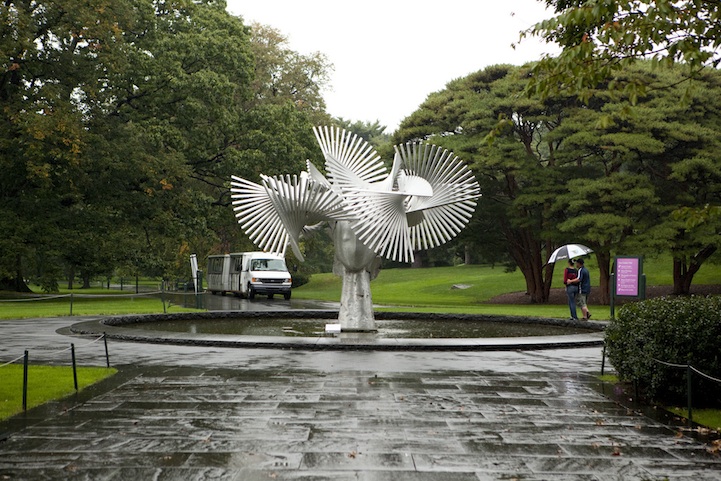 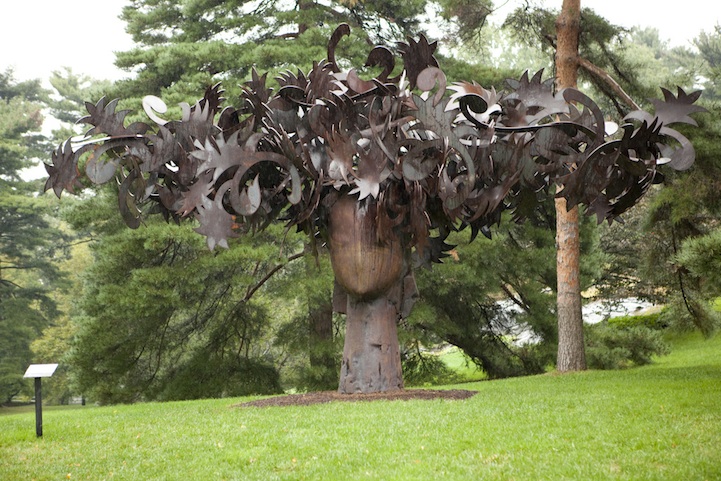 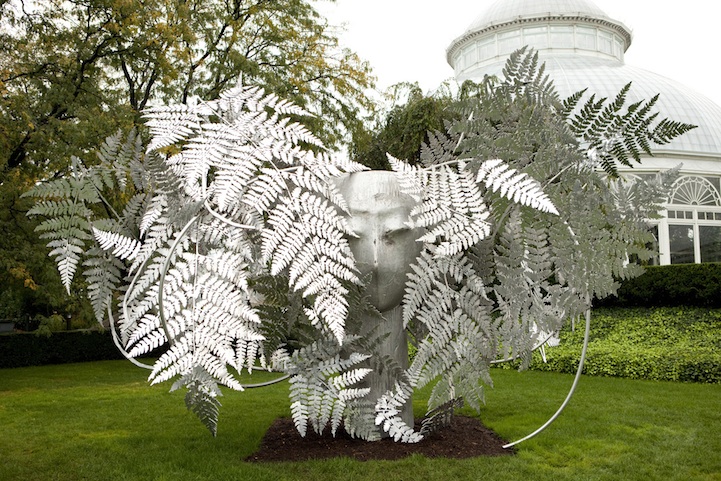 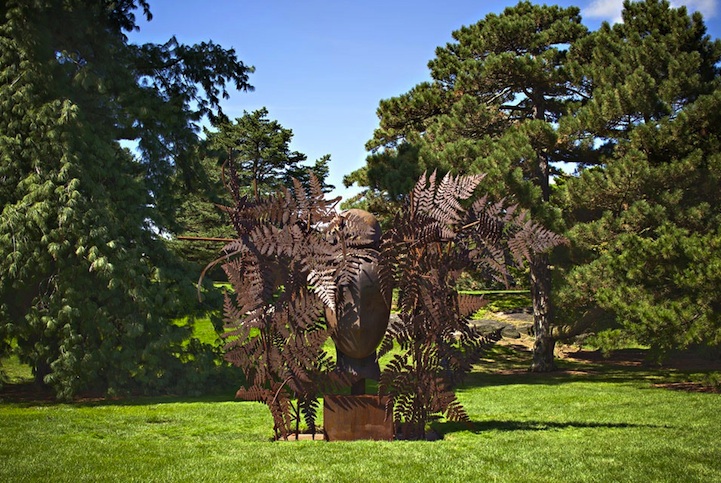 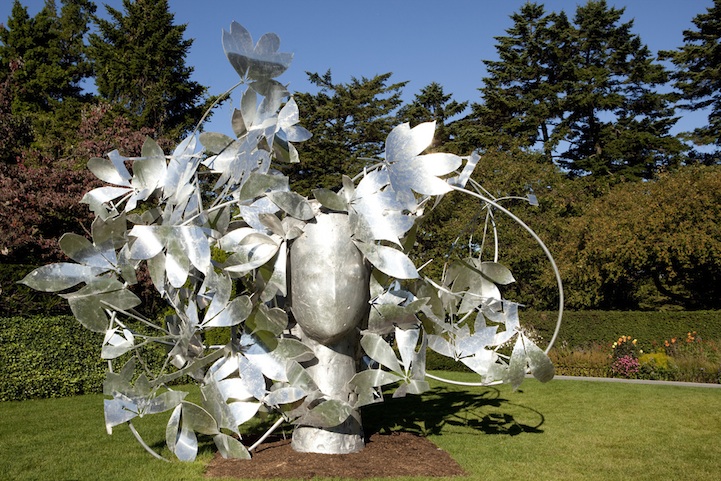 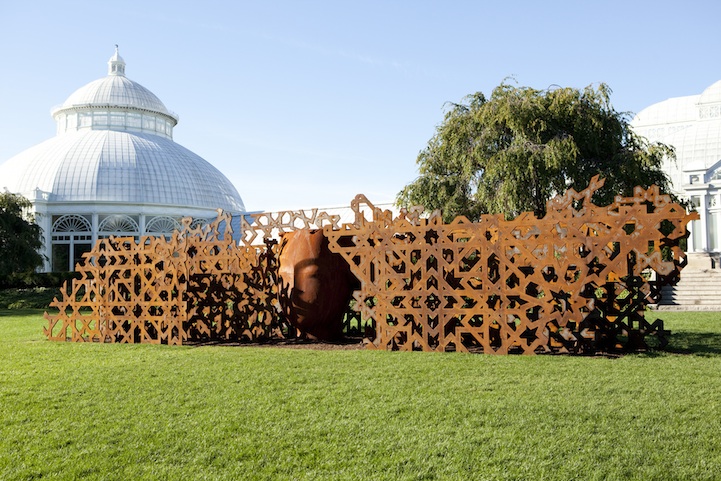 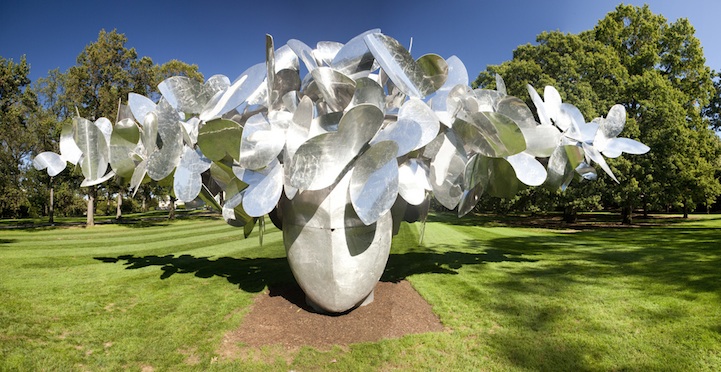