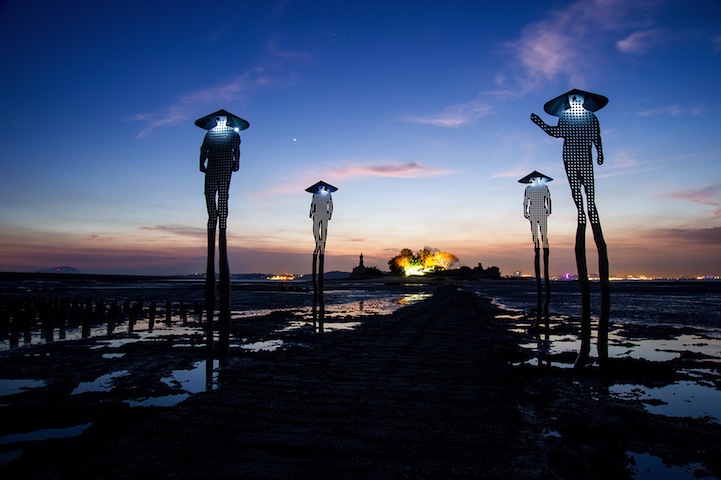 Oystermen is a public environmental artwork by Finland-based designer Marco Casagrande consisting of four sand-blasted stainless steel figures of men located on a tidal shore by Kinmen Island, Taiwan. The sculptural installation features the silhouettes of four nondescript men, seemingly standing on stilts. They each stand approximately 6 meters tall, though when high tide rolls in, their height is typically knocked down by 3 meters. The rising sea changes the look of the artwork, making it seem as though the four figures are walking on water.

The eye-catching piece, which gets its name from the fact that, over time, the legs of the towering structures will be covered in oysters, adds a playfulness as well as an element of intrigue to the environment. Additionally, throughout the alternating sea levels, the metallic men are adorned with metallic conical Asian hats that serve as solar energy collectors, which is used to illuminate the seascape at night. 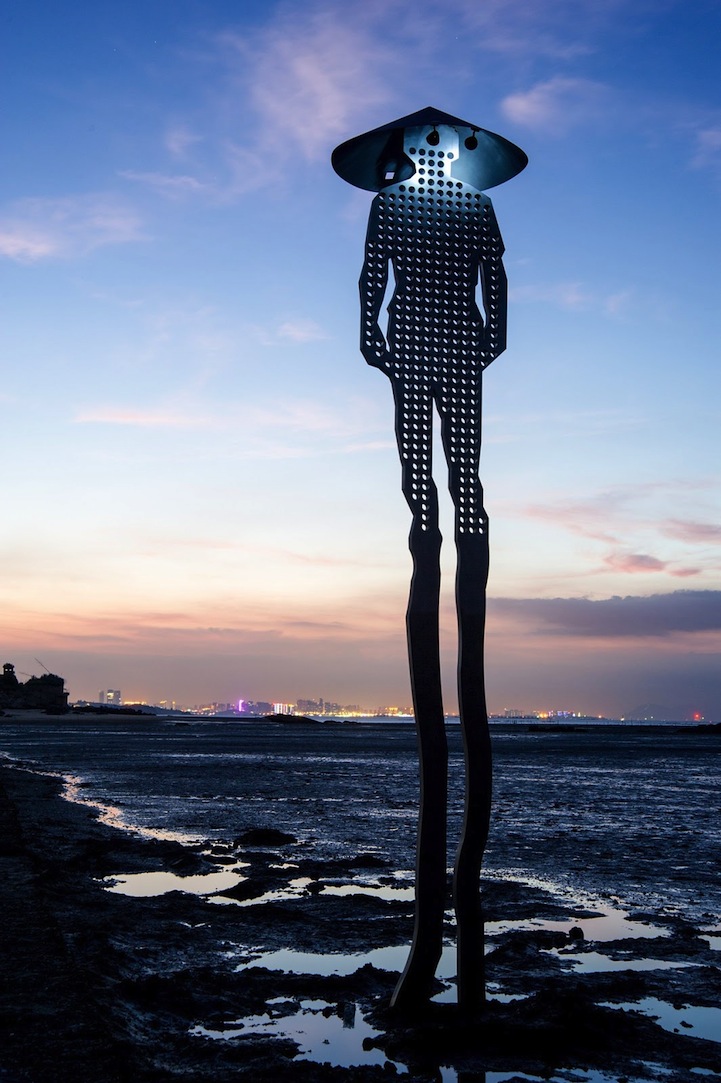 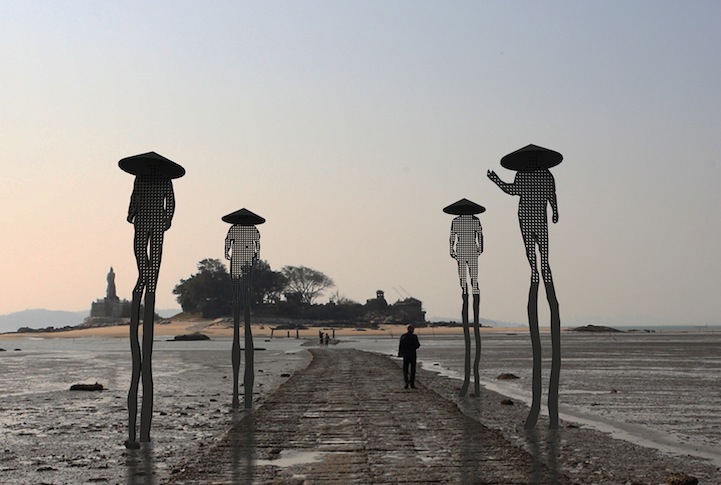 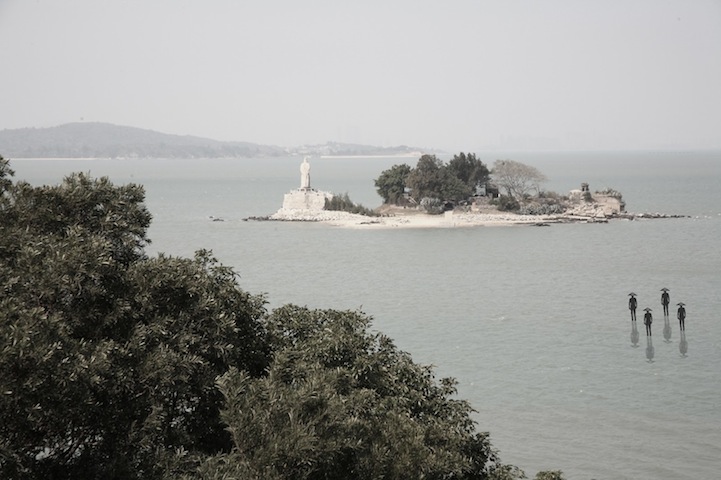 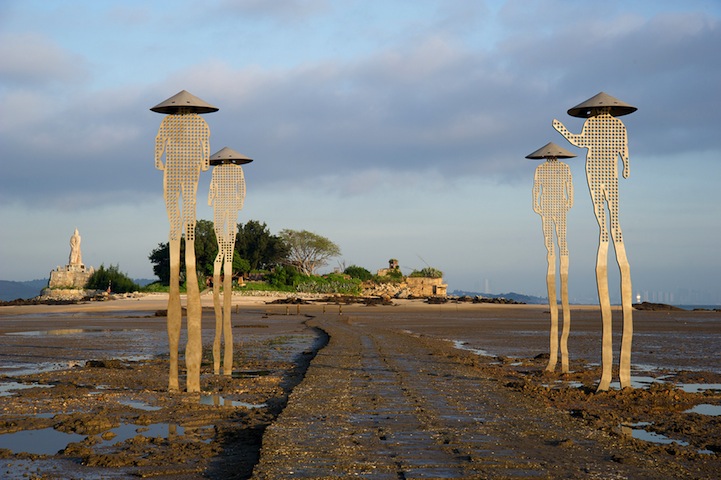 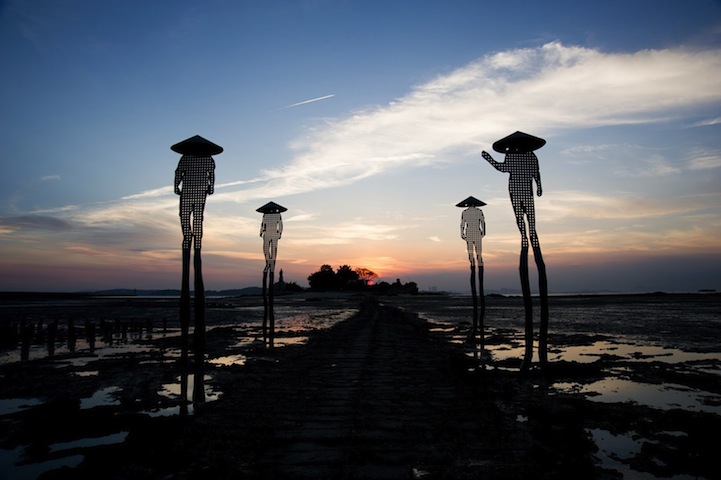