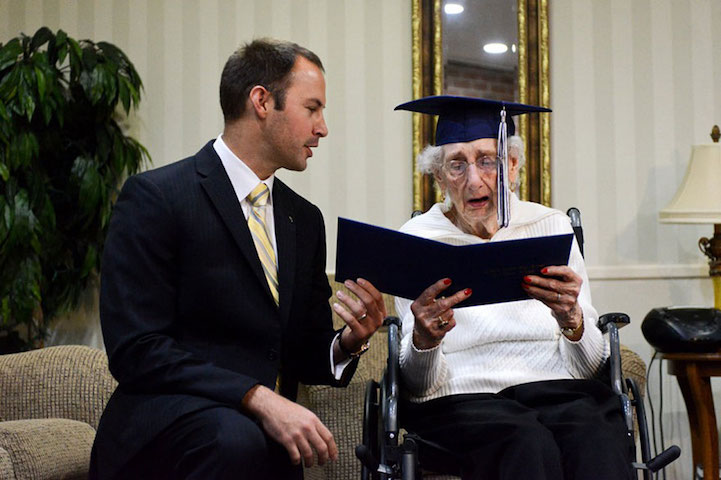 Margaret Thome Bekema recently received an honorary high school diploma, exactly 79 years after she was meant to graduate. At the age of 17, young Bekema had to leave school because her mom was sick with cancer. Instead of attaining an education, she put her family first as she took care of her mother and her siblings. “She is the type of person that whatever life hands her, she just deals with it very graciously,” Bekema's daughter Gerri Smith told MLive. “She does what has to be done and she doesn't complain about it or make a big deal about it, she just does it.” Sister Maureen Geary–who's the daughter of Bekema's cousin–also noticed these admirable qualities in the 97-year-old, especially since Bekema cared for her while her own mother was ill. That's exactly why Geary contacted Grand Rapids Catholic Central High to suggest that they give Bekema an honorary diploma.

“I thank you from the bottom of my heart,” exclaimed Bekema, while discussing the tearful events that unfolded when she received her graduation cap. “I had to quit school to take over the family. It was hard, you have no idea how hard that was. I loved high school and I had lots of friends.” Principal Greg Deja added, “Her life has been one of sacrifice and service. It has been so encouraging and inspiring for our community because her choices represent all the core values that we teach our students.” 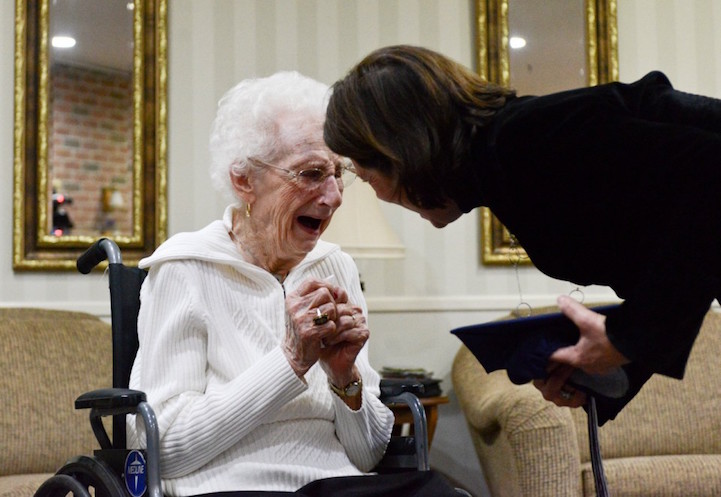 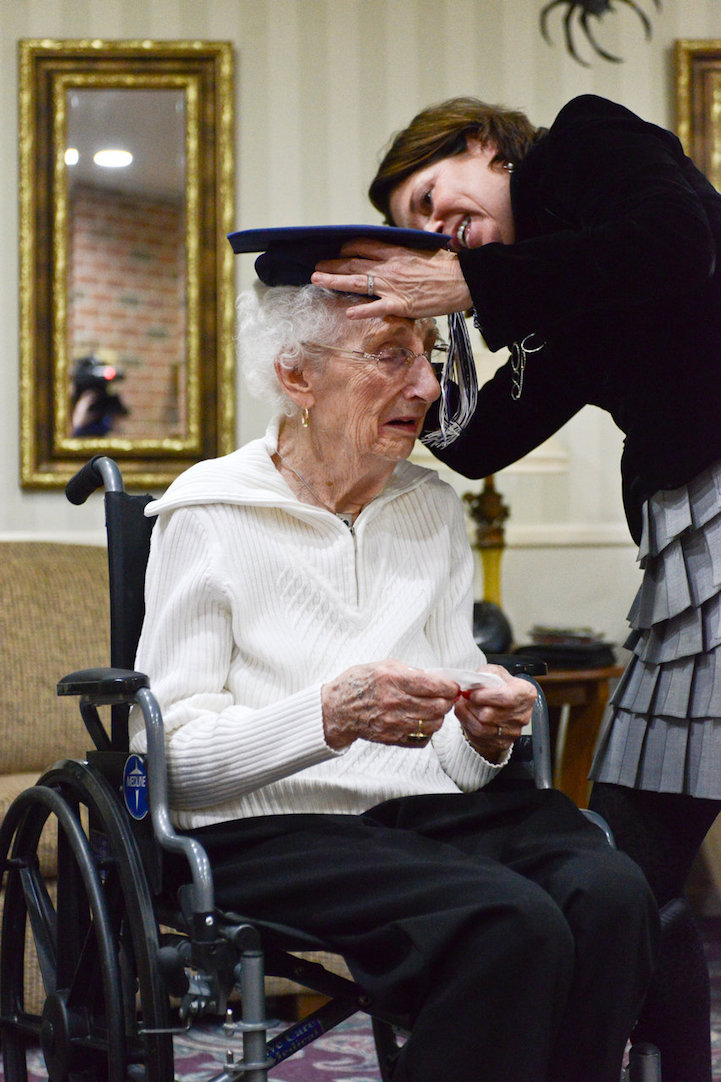 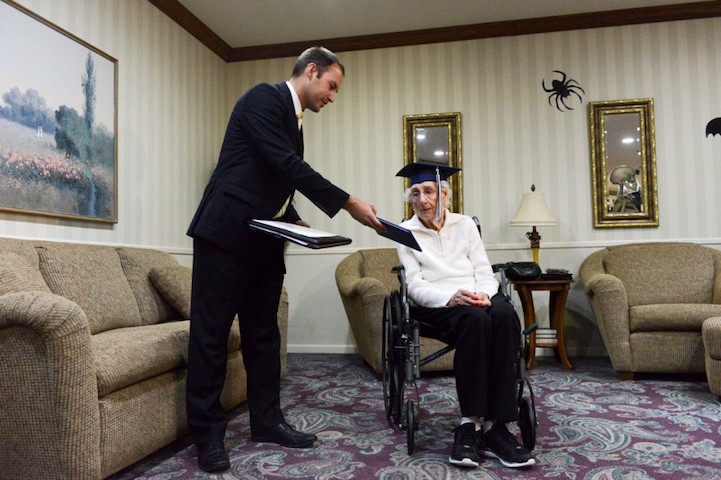 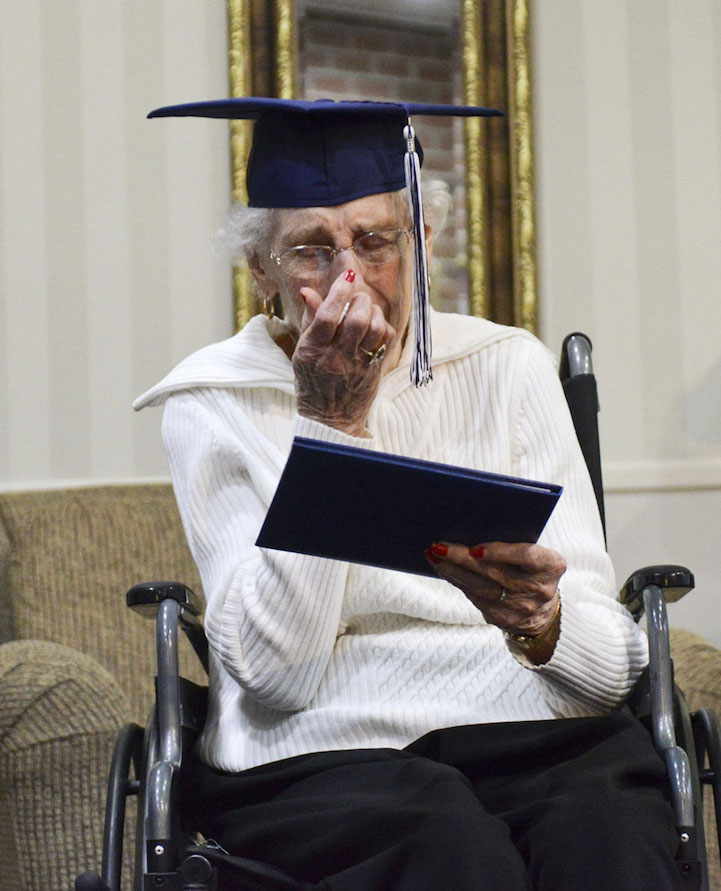 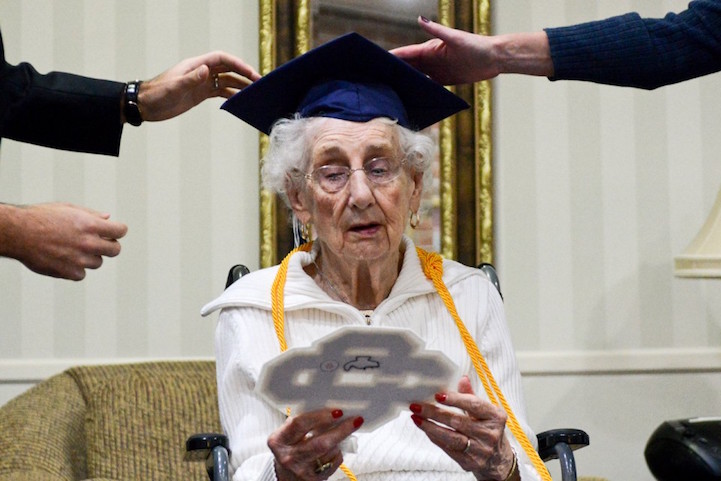 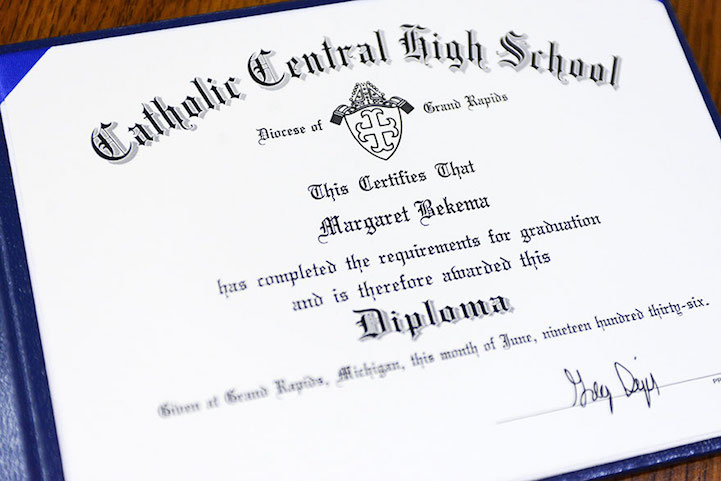 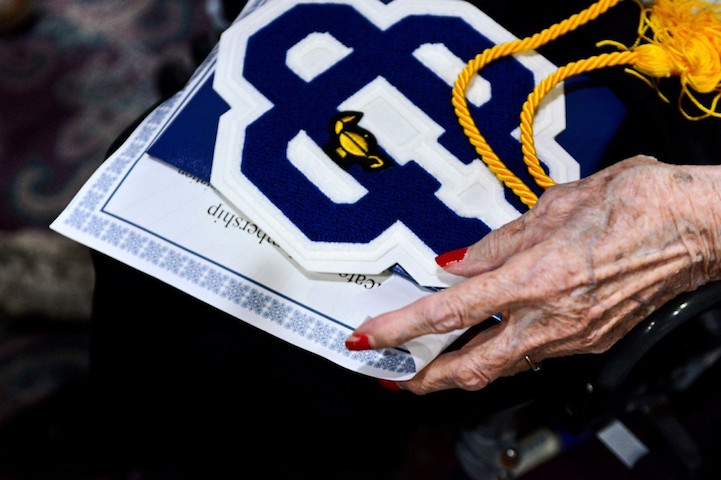 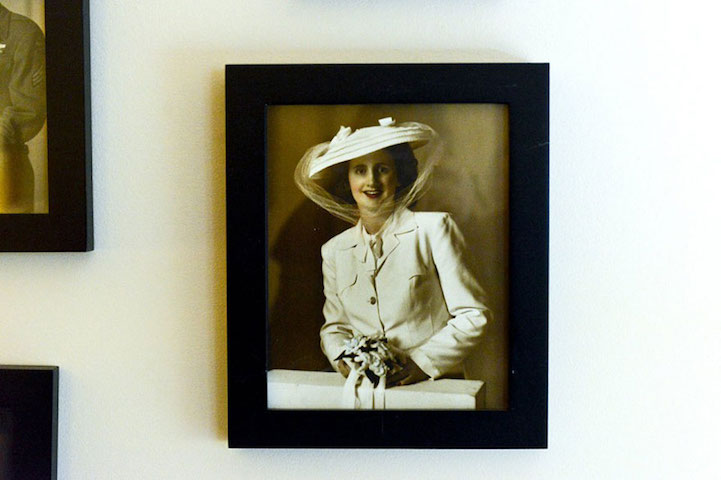 All images via Emily Rose Bennett.