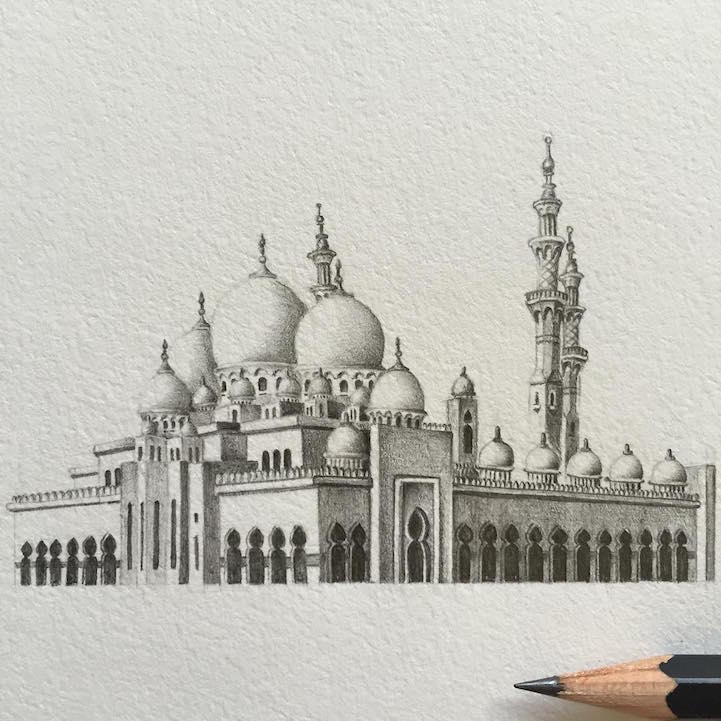 Mosques are traditionally known for their splendidly elaborate architecture, with elegant halls, courtyards, and niches providing precious space for congregation and prayer. Illustrator Mariam Abbas honors the magnificence of the sacred structures in her miniature drawings, which convey the intricate domes and minarets at the tiny size of a paper clip.

Abbas’ renditions of Sheikh Zayed Grand Mosque, Jumeirah Mosque, and more mosques located in Dubai, Abu Dhabi, and other cities in the United Arab Emirates are rich with detail, sketched painstakingly with a pointed pencil tip. The illustrations allow viewers to admire the full form of each building at once, as if from a distance. In combination, the collection illustrates the remarkable diversity in the patterns and shapes of the constructions, each one more exquisite than the last.

You can see the miniature mosques, as well as Abbas’ other paperclip-sized drawings, on her Instagram page. 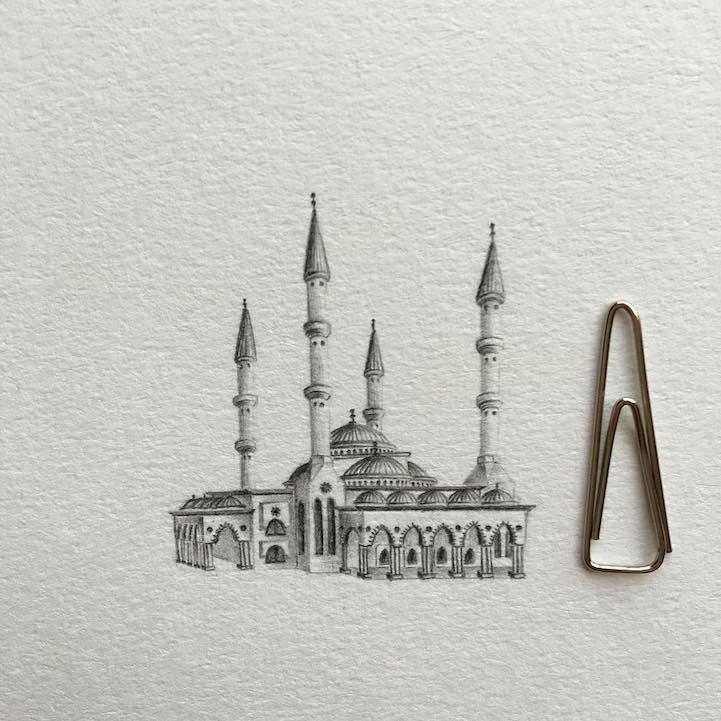 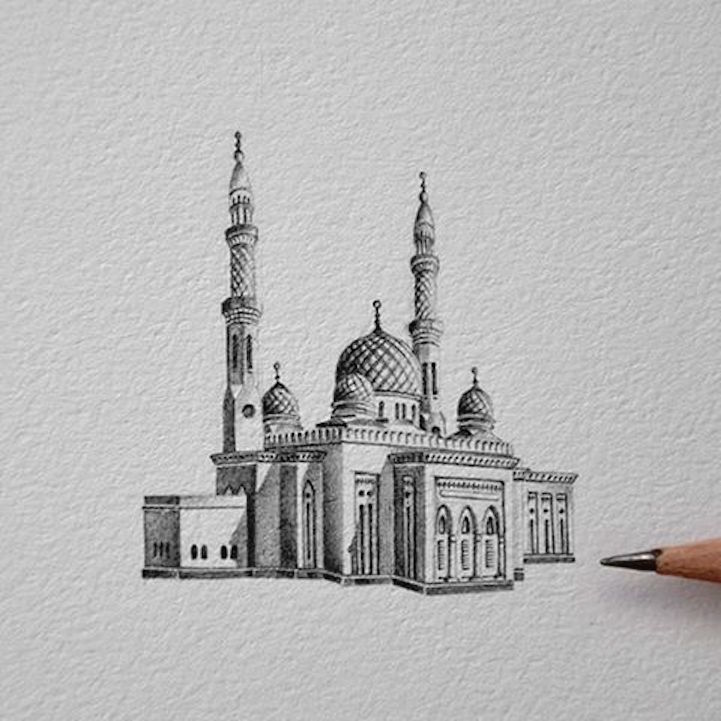 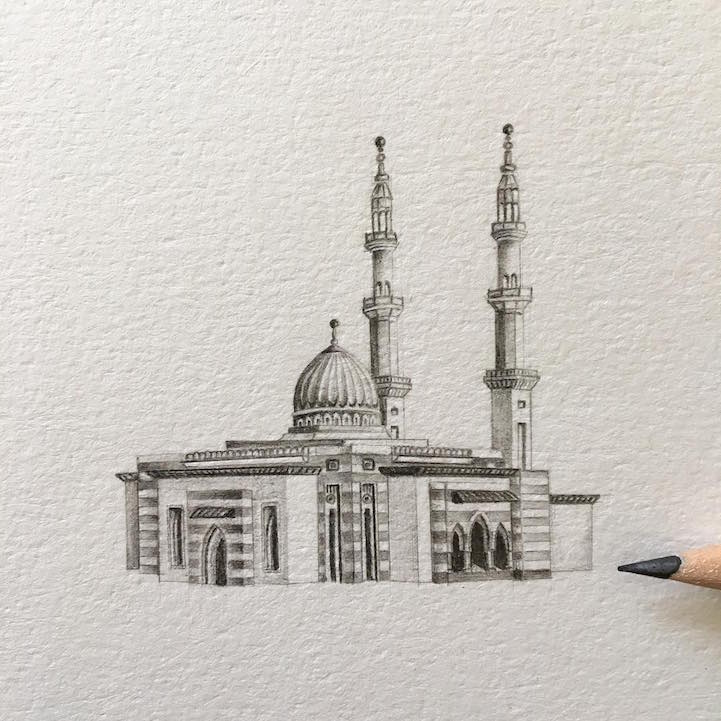 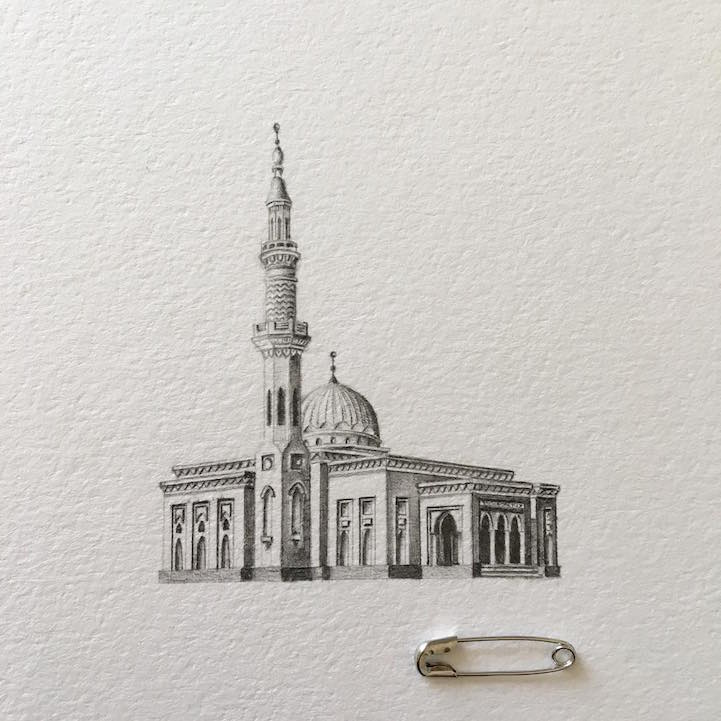 All images via Mariam Abbas.