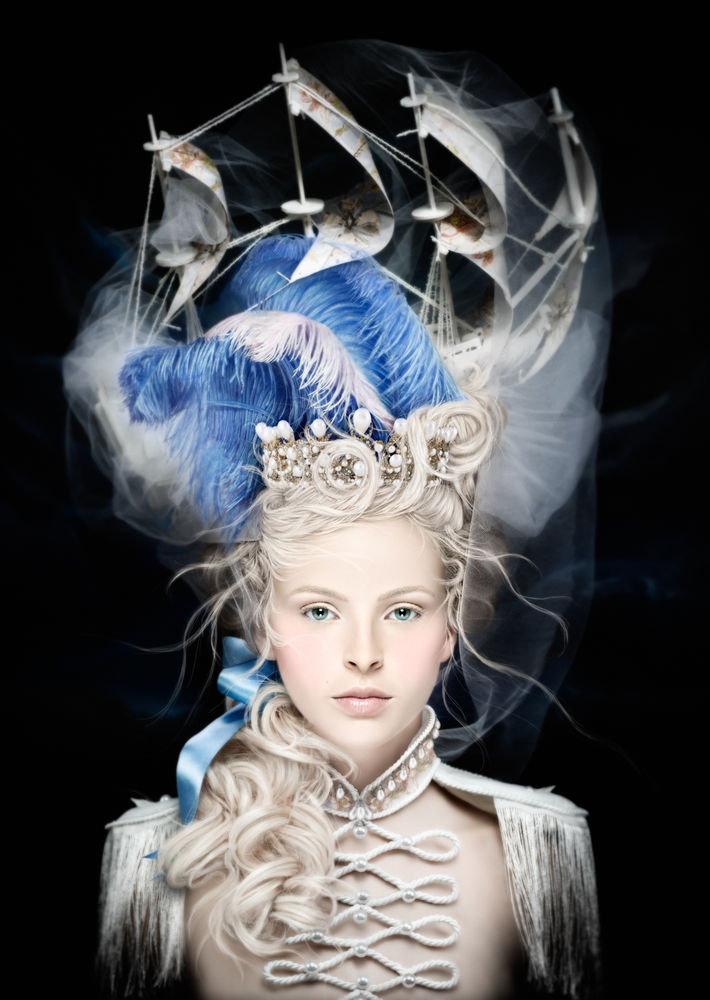 Just how gorgeous is this headpiece? Fine art photographer and digital artist Alexia Sinclair (who you may remember from this 2009 viral post about powerful women throughout history) has just come out with a new series inspired by the one and only Marie Antoinette.

In this particular photo, called La Belle Poule, Alexia shows a modern day version of an extravagant headpiece Marie Antoinette wore of a model of a French ship of that name.

As Alexia states, “The Queen was renowned for voicing her opinions on current topics through the elaborately decorated headdresses she wore. As the British were attempting to suppress a colonial uprising in America, Marie Antoinette's husband Louis XVI had chosen to side with the rebels. Although the French frigate carried the day, the victory of La Belle Poule represented the beginning of a long and financially crippling war for the people of France.

“Worn in a trivialized response to the American Revolution, a fully rigged replica of La Belle Poule sailed on a sea of the French Queen's hair.”

Over the course of a week, the artist hand constructed everything in this shot, from the headpiece and costume to the background, an oil painting of a tempestuous skyline. How did she capture the wispiness of the sea? It's not a composite, the model was simply photographed in front of the oil painted background.