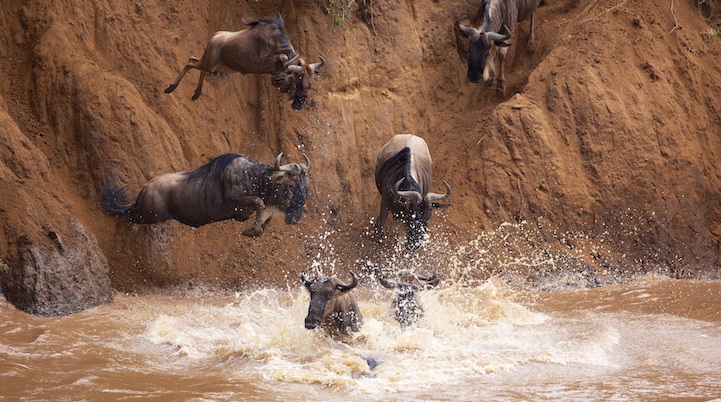 Photographer Mark Bridger just released a few new photos he took while in Kenya for The Great Migration. From July to October each year, approximately 1.3 million wildebeest, 500,000 Thomson's gazelles, and 200,000 zebras, among other animals, migrate into and occupy the Maasai Mara National Reserve in Kenya to and from the Serengeti in Tanzania.

In this first photo, he calls “Geronimo!,” a group of wildebeest are seen jumping into the Mara River. Bridger explains that not all complete the trek as many die of drowning, exhaustion or are taken by Nile crocodiles.

The photo below is simply called “Last Embrace.” It shows an intense and seemingly hungry lion about to devour a poor, unlucky wildebeest. 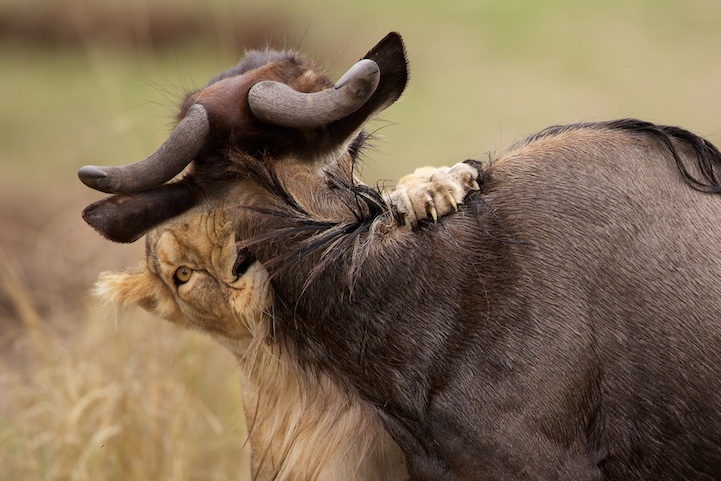