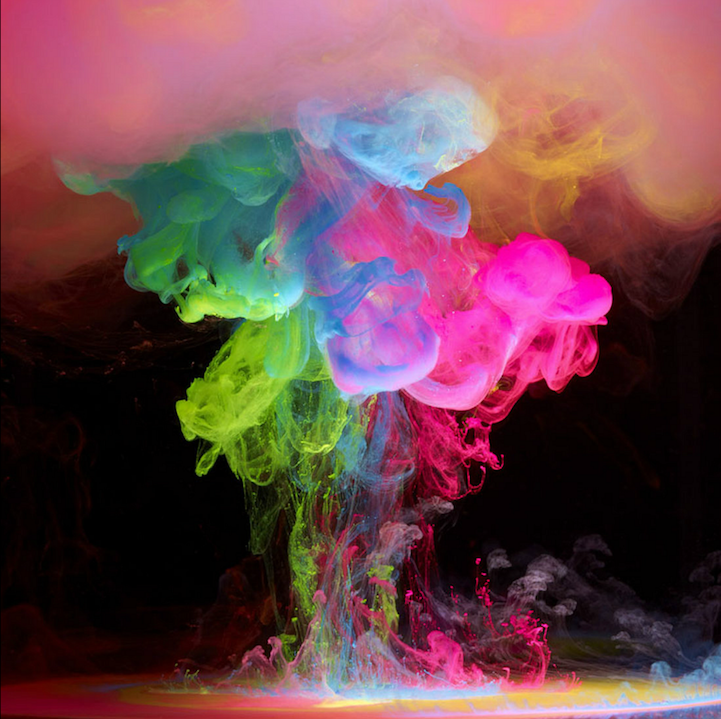 These trippy, electric bursts of color are such a great way to kick off a Friday. Aqueous Electreau is a series by British photographer Mark Mawson. The artist specializes in photographing people underwater and, in the past few years, has started to master his experimentations with vibrant underwater liquids. Mawson's inspiration came from watching milk being poured into cups of coffee. His first series, Aqueous Fluoreau became an instant success and he says he wanted to create another vibrant series without being repetitive. In this series Aqueous Electreau, Mawson strives to achieve swirls of visually harmonizing patterns in new and captivating palettes of color.

Viewers can't help but feel a sense of eeriness as the intertwining blobs rise up from the ground and the suggestion of ghostly figures emerge. The artist says, “I used colors that were very electro, hence the name and the images had a resemblance to ‘ectoplasm', ghosts and spirit photography,” he adds. The bright, complimentary swirls set against the dark backdrop have an intense energy that lights up each frame. A perfect way to start the weekend! 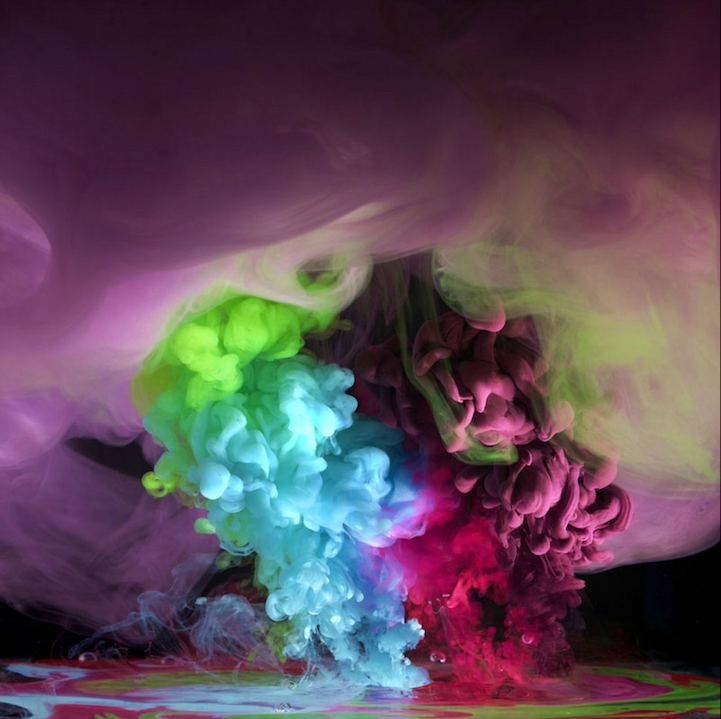 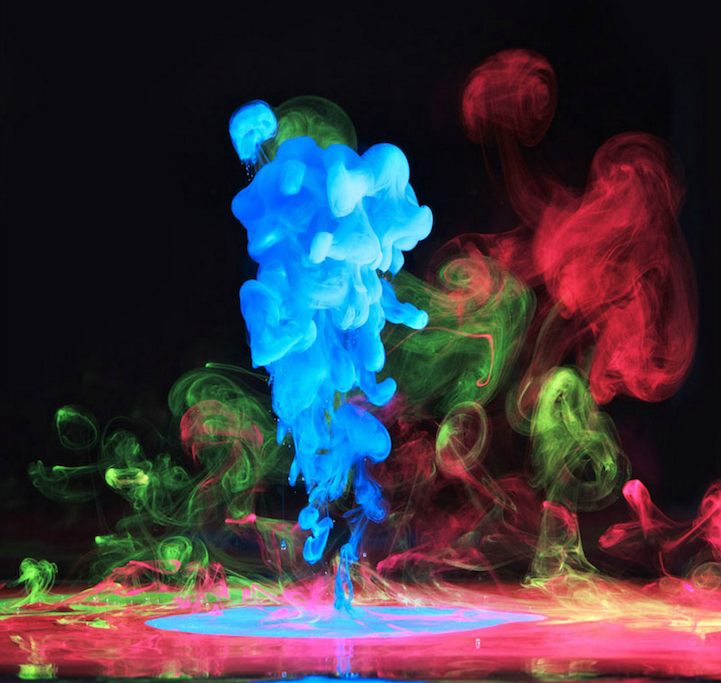 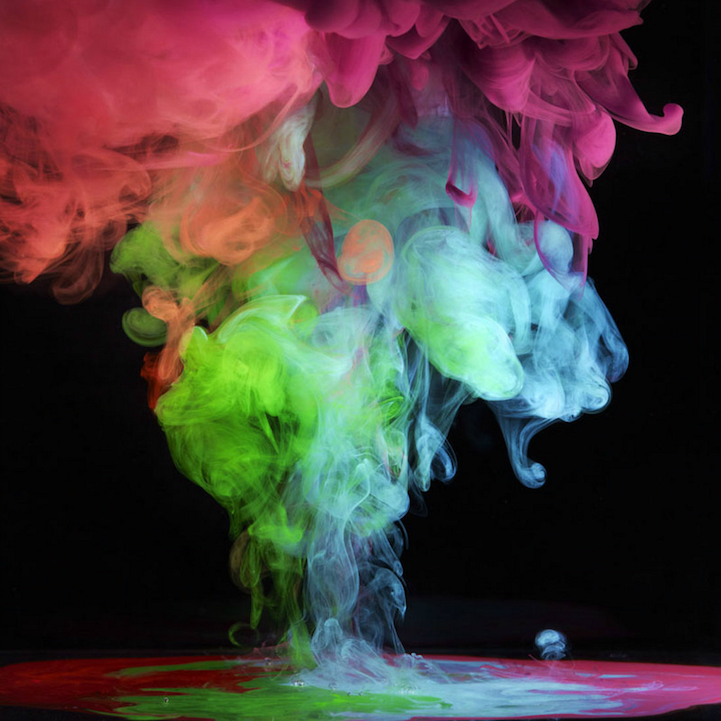 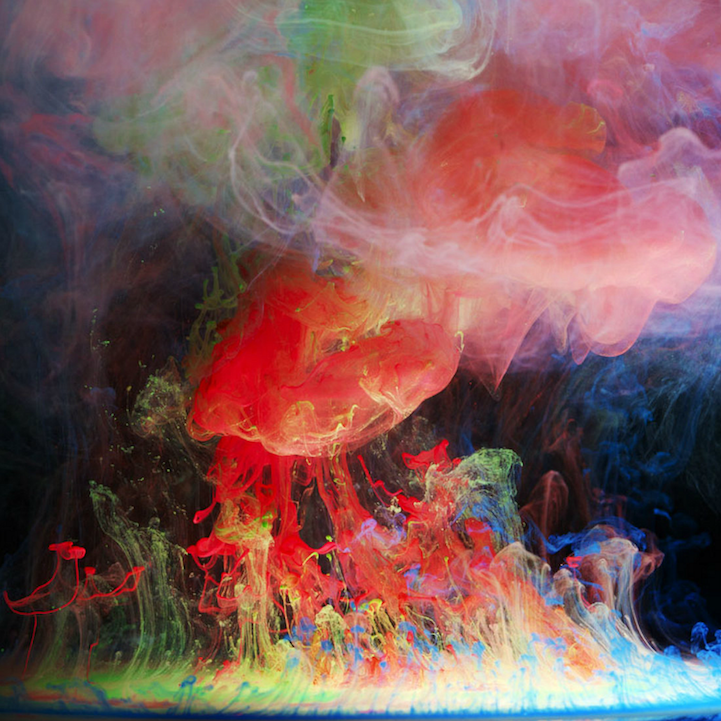 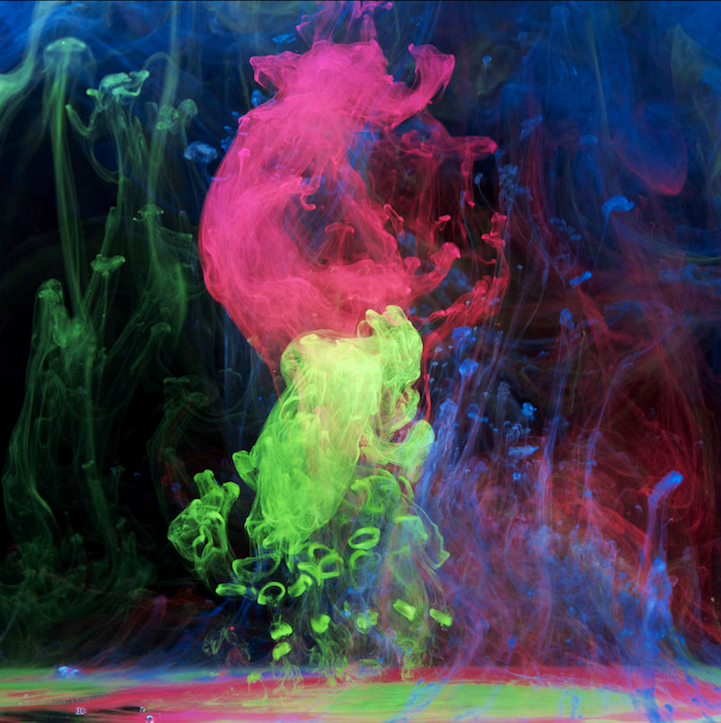 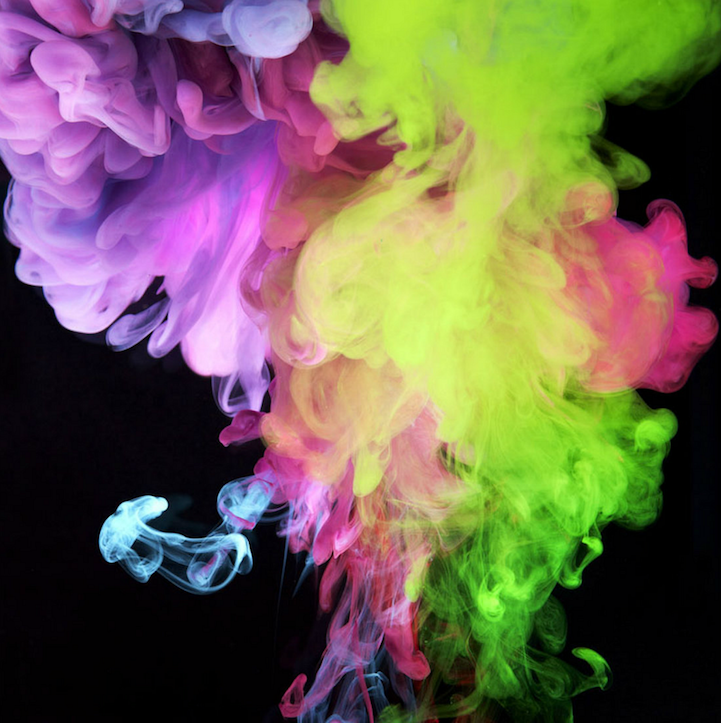 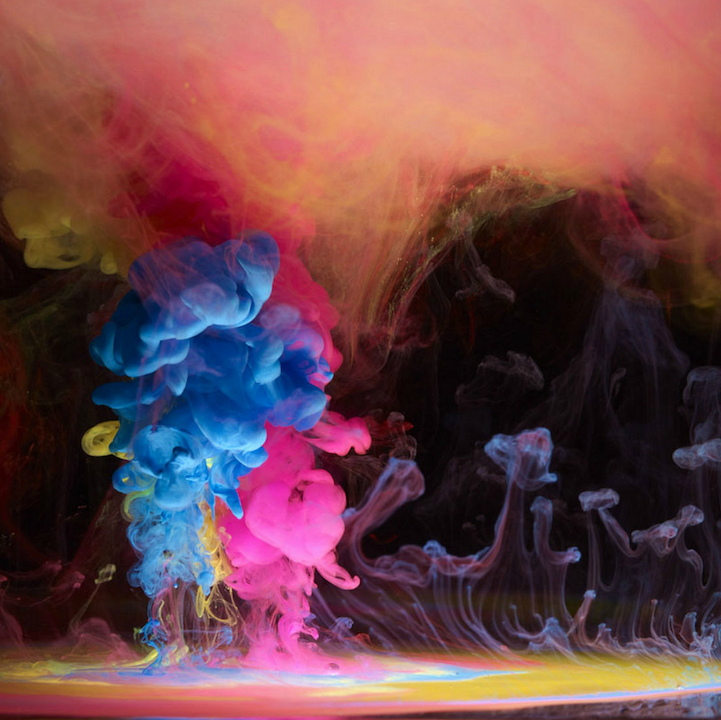 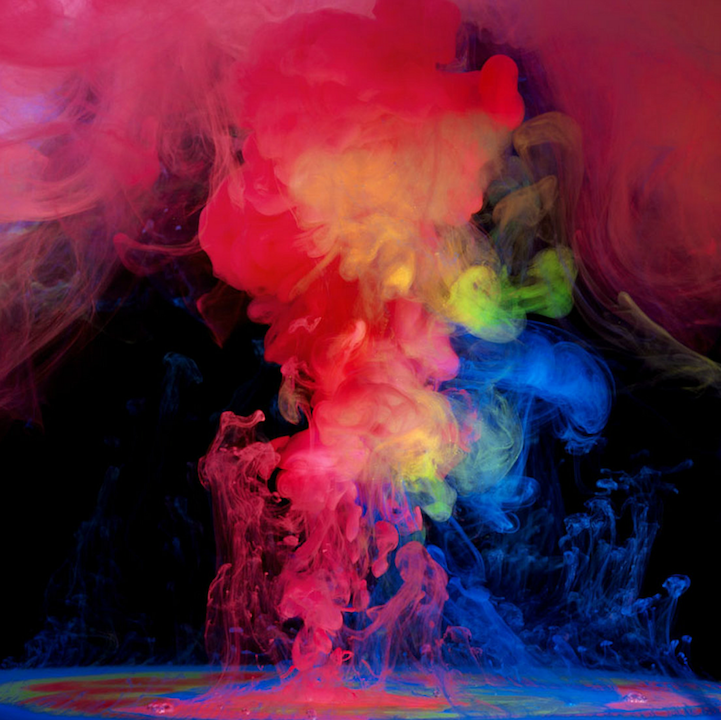 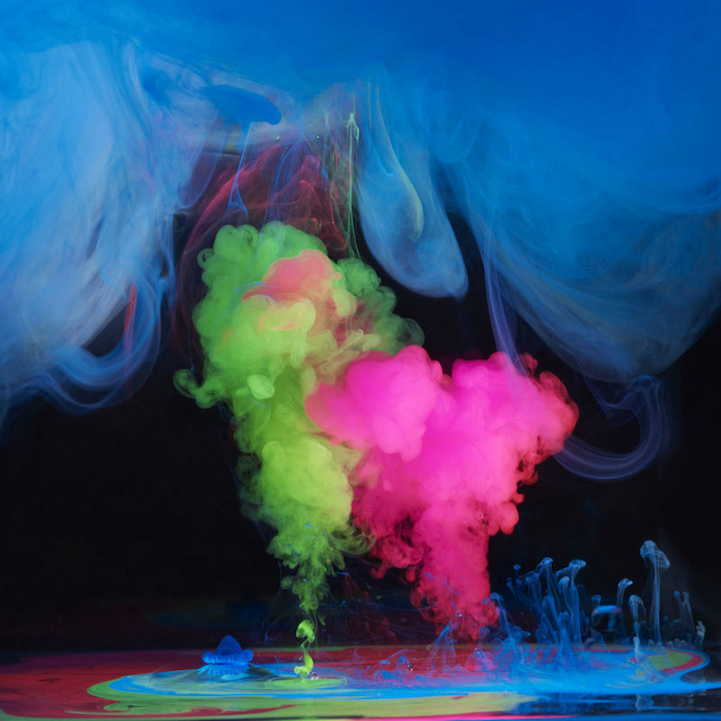 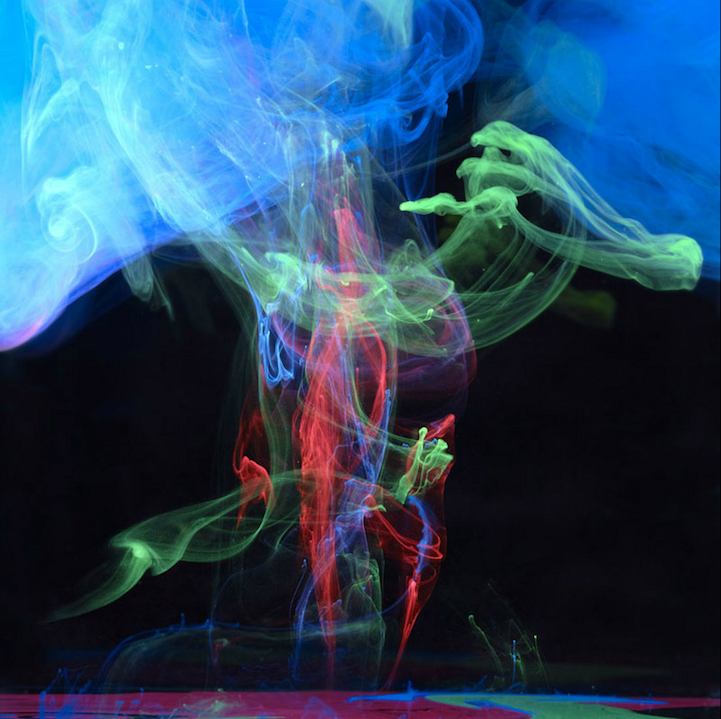 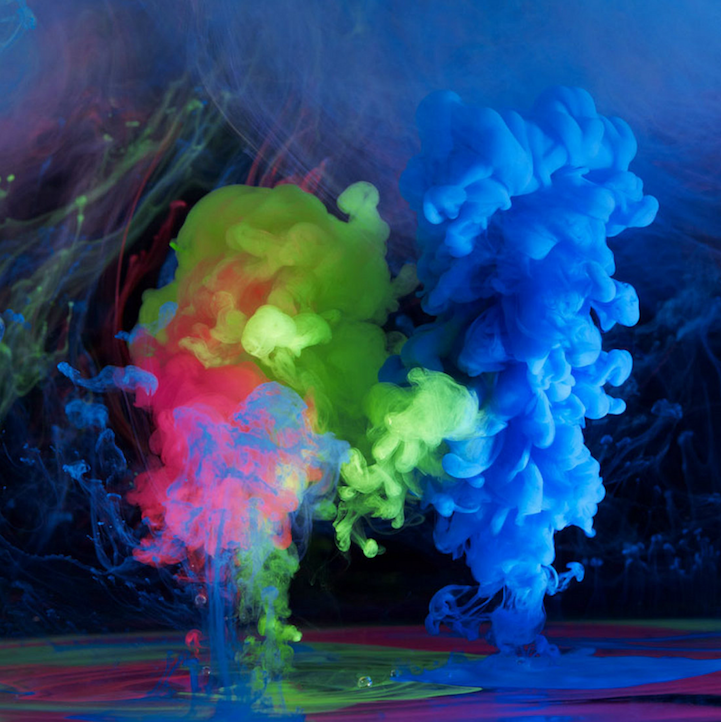 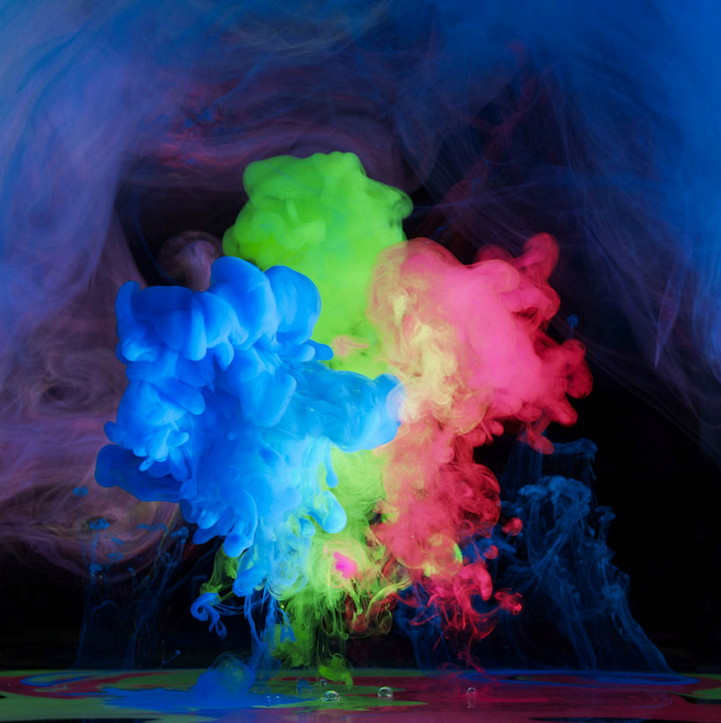