Collages of World Travelers Made with Only U.S. Dollar Bills 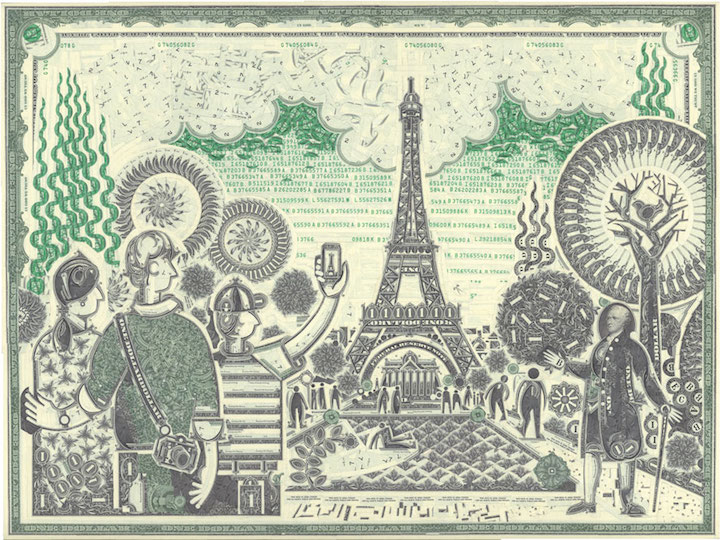 Recently, artist Mark Wagner was asked to create three collages of travelers using only U.S. dollar bills. He was commissioned by AT&T to show the affordability of their new international roaming data plans. Called See the World, and See the Savings, the series consisted of three hand-crafted currency collages that each had a traveler using his or her mobile phone, whether it was to snap a picture of an iconic landmark or take a fun selfie. These were called Americans in Paris, London Calling and Hello from Tokyo. Did you notice how famous presidents pop up in each?

The campaign was so well received that more collages are now in production which will feature different countries.

Though not directly related to this project, Wagner also released a well produced video last year, by The Avant/Garde Diaries, that gives you an inside look into his creative process. It's a fascinating 3:30 minute video that will give you an even greater appreciation for his work. 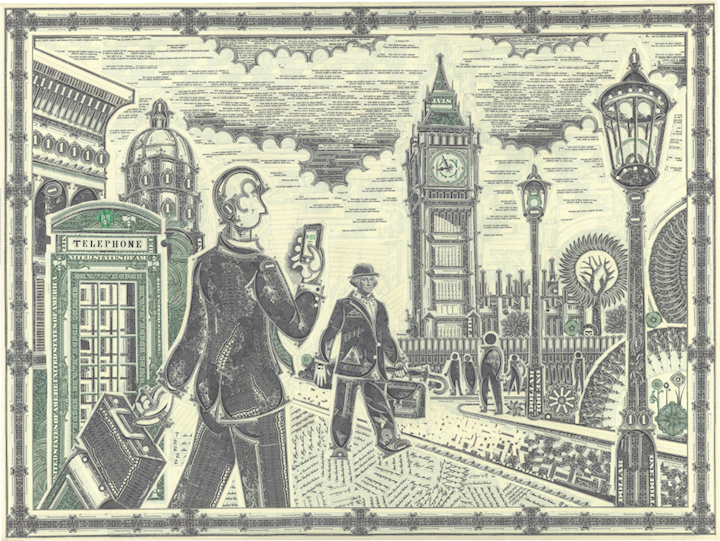 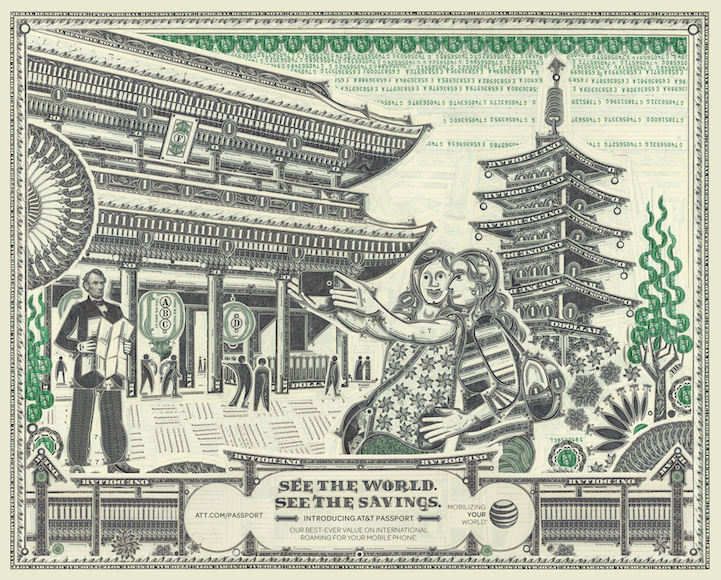