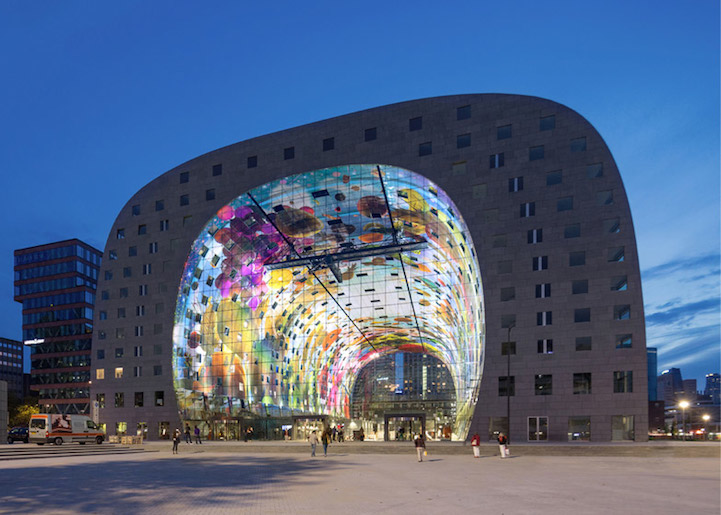 The Markthal Rotterdam, a covered food market and housing development in the Netherlands, has officially opened after five years of construction. It was designed by Dutch architects MVRDV, and the nearly 312,000 square-foot space looks like it was well worth the wait.

The most striking feature of this arched structure is its colorful mural titled Cornucopia by artists Arno Coenen and Iris Roskam. It wraps around the interior ceiling and occupies over 36,000 square feet of space. Broken up into squares, each part of the image was printed onto perforated aluminium panels that were then attached to acoustic panels for noise control. Its subject matter depicts fresh market produce, as well as flowers and insects that reference the work of Dutch still life masters from the 17th century.

The two lower floors have space for 96 food stalls and 20 hospitality and retail units. In addition, there are 228 apartments that are on the upper nine storeys of the building, including the curved part of the arch. They have square windows or a glass floor built in that allow residents to look at the hustle and bustle of the market.

At either end of the of Markthal Rotterdam, there are giant glazed walls installed to protect it from cold and wet weather but still let light in. It's constructed using pre-stressed steel cables that create a suspended net in-between which the glass panes are hung. This newly-opened attraction is expected to bring in 4.5 to 7 million visitors each year. 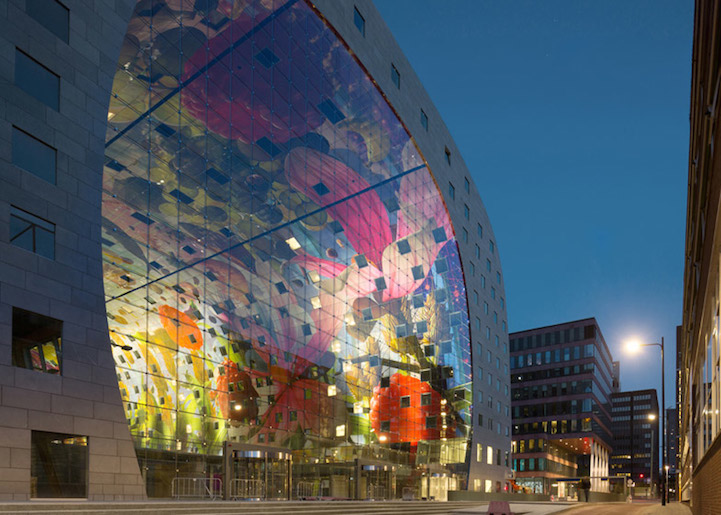 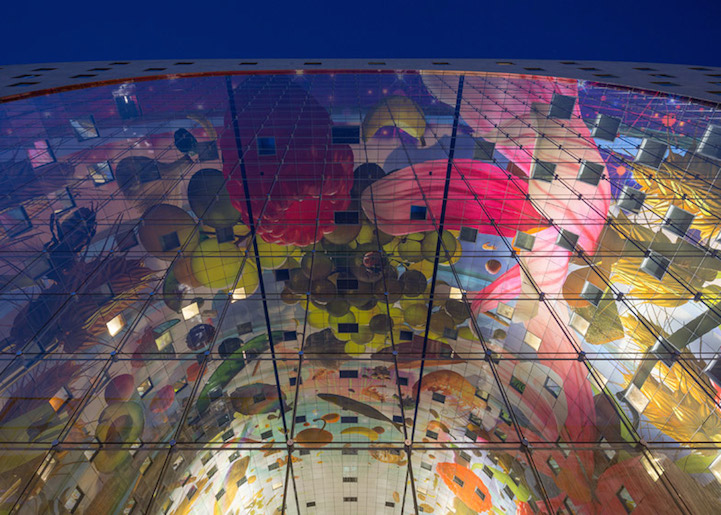 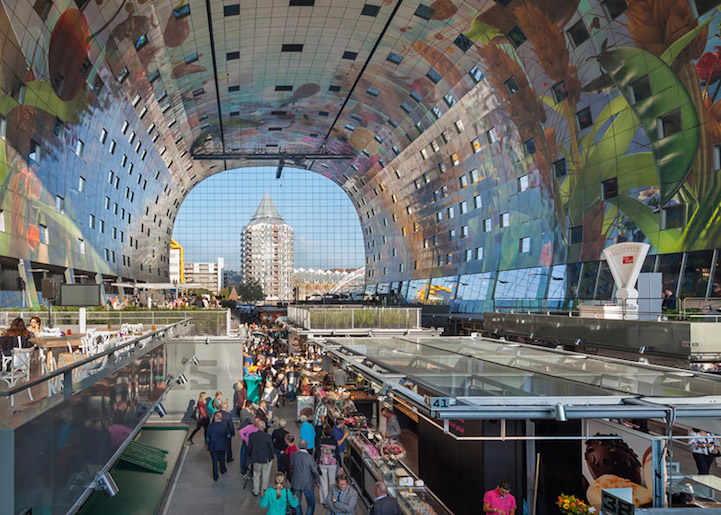 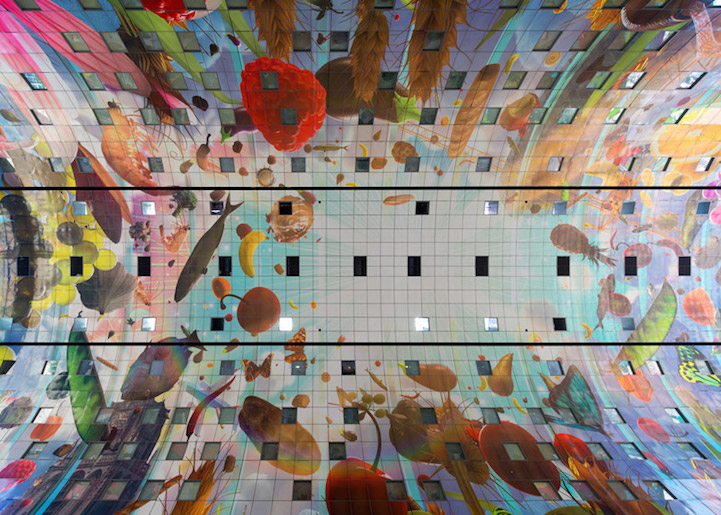 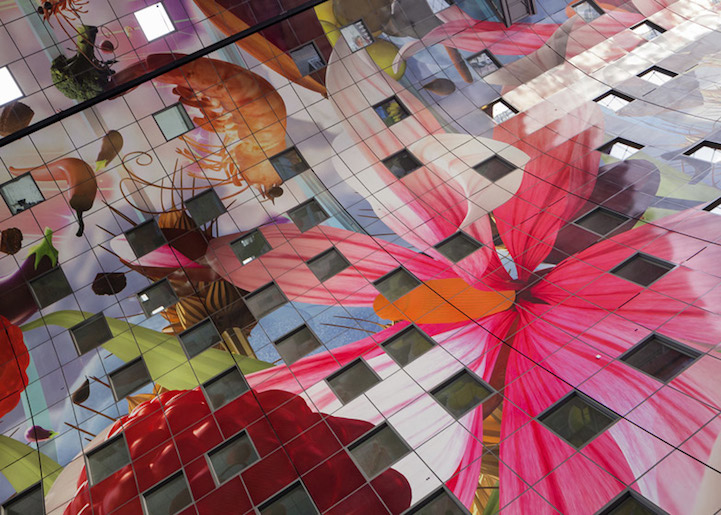 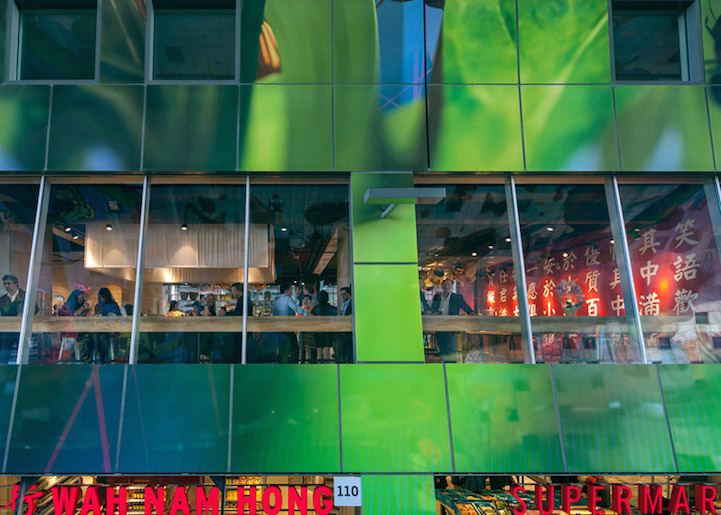 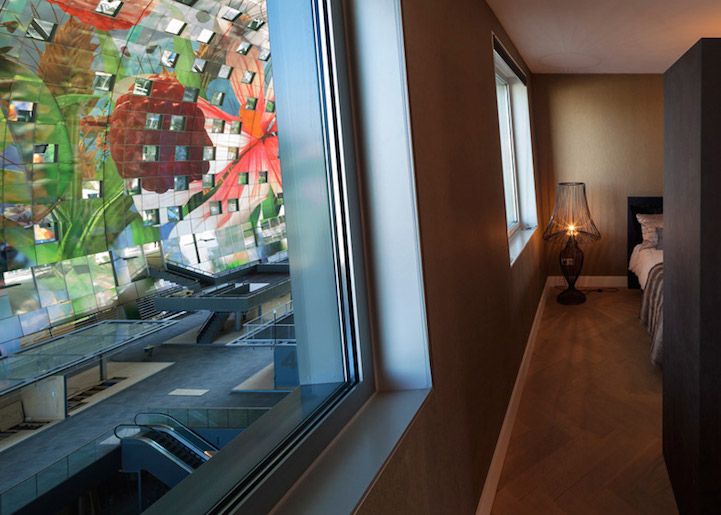 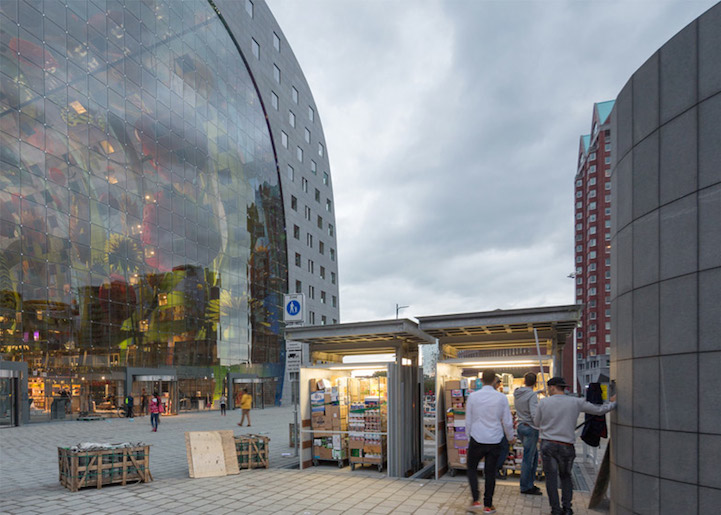 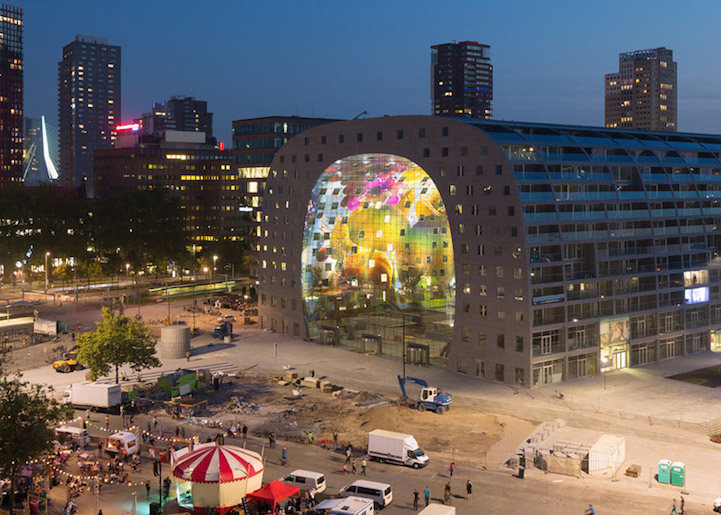 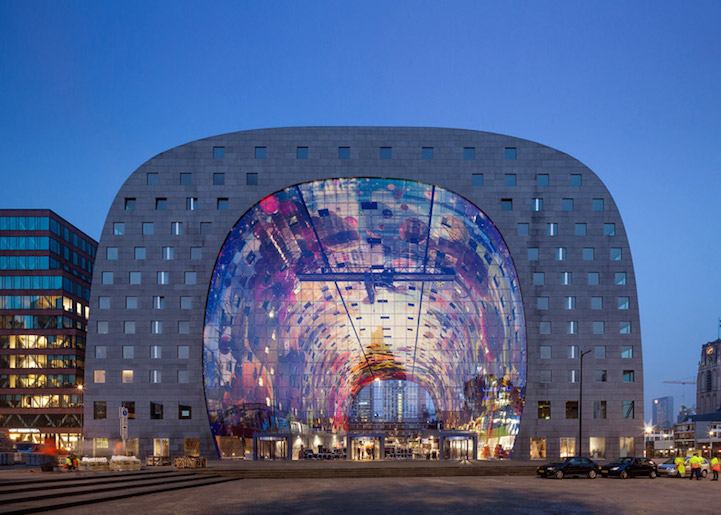