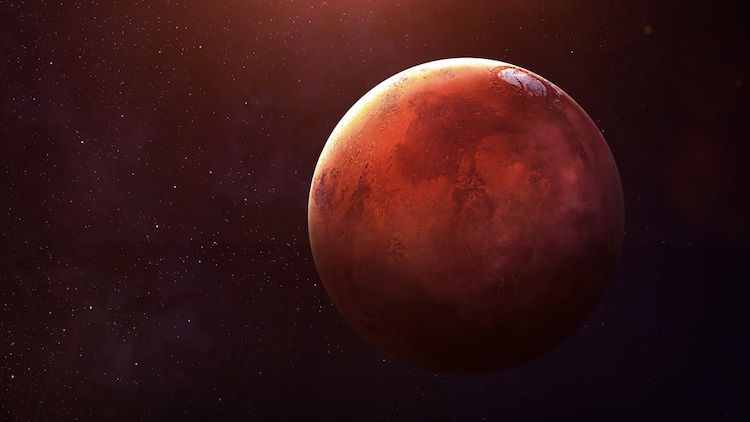 Get your telescopes ready—Mars is currently closer than ever to Earth. In fact, it's so close that you can even see it with the naked eye, though you'll want something more powerful if you want to see the details of the Red Planet. Over the next week, stargazers will be able to take advantage of Mars' close approach to get an eyeful of the planet.

This event occurs when Mars and the Earth are at their closest distance from each other during their orbit of the Sun. Though this happens every two years, due to their elliptical paths, the distance differs each time. For instance, the absolute minimum distance they have from one another is 33.9 million miles, but that has never been recorded. This year, the planets will be just 38.6 million miles from one another, which is the closest they've been since 2003.

The next time they'll be this close is 2035, which is right around the time that NASA is hoping to send people to Mars. In fact, NASA often takes advantage of the close approach when launching new missions. Right now their Perseverance rover is en route to Mars, with an expected landing date of February 18, 2021.

Where can you see Mars in the sky? Located just next to the Moon, it's visible all evening—though it reaches its highest point around midnight. There are hoaxes circulating the internet stating that Mars will appear as big as the Moon, but don't be fooled. As NASA says, “If that were true, we'd be in big trouble given the gravitational pulls on Earth, Mars, and our Moon!”

So be sure to get outside, weather permitting, and take advantage of this rare moment to view Mars.

Check out more stargazing opportunities in October, courtesy of NASA.

Will you be watching for Mars? Share
Like My Modern Met on Facebook
Get Our Weekly Newsletter
Become a
My Modern Met Member
As a member, you'll join us in our effort to support the arts.
Become a Member
Explore member benefits

Will you be watching for Mars?