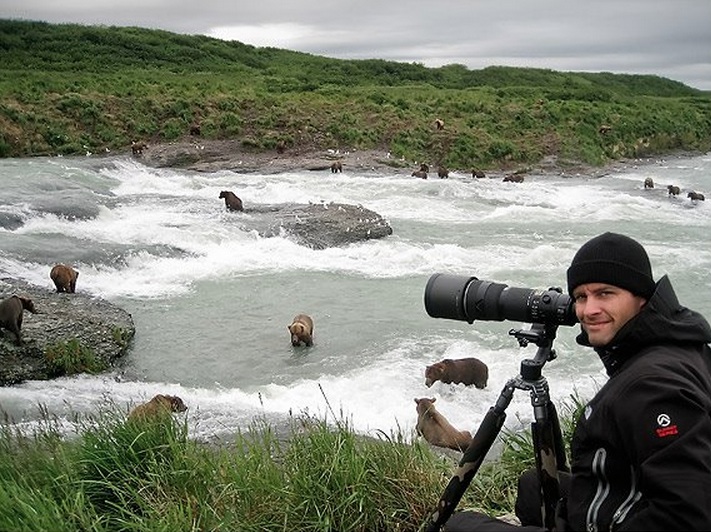 If you're short on time, you must check out Brave Elephant, which is one of those once-in-a-lifetime photos. It features a lone elephant walking towards the edge of Victoria Falls.

Out of all the animals he shoots, van Oosten states that bears are one of his favorite subjects. “They're pretty, they're very photogenic, and their behavior is fascinating,” he explains.

I love that with each shot, van Oosten gives us the story behind it. For instance, for the photo below he writes, “This was shot in Katmai National Park, Alaska. There was a lot of salmon in the rivers, so there were a lot of bears. At one time I counted over 30 brown bears fishing for salmon at this particular spot, all at the same time.

“But even when the rivers are full of salmon, it still takes considerable skill and patience to catch one. And some bears are better at it than others. This one bear was standing at the same spot for hours in a row, and didn't catch a single salmon. Eventually it got tired of it, and decided to take a nap. That was the perfect moment for me to use a longer shutterspeed to add some motion blur to the water to emphasize the passing of time and to strengthen the tranquil mood of the scene.” 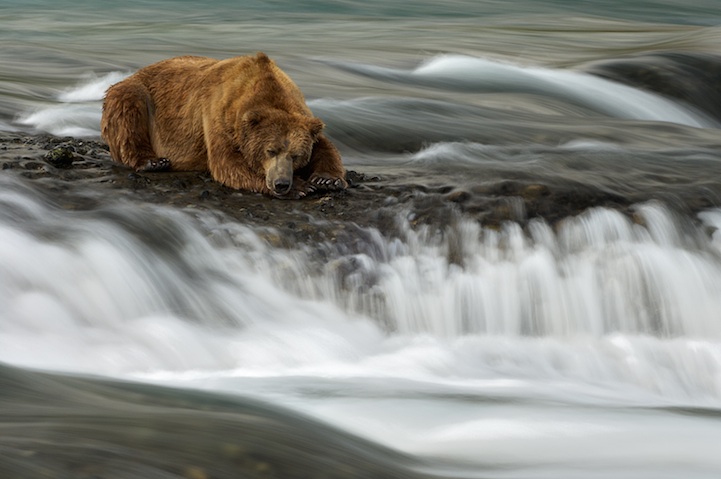 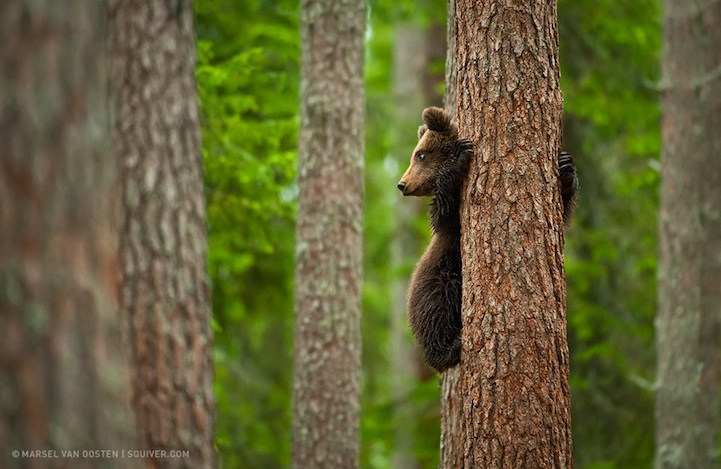 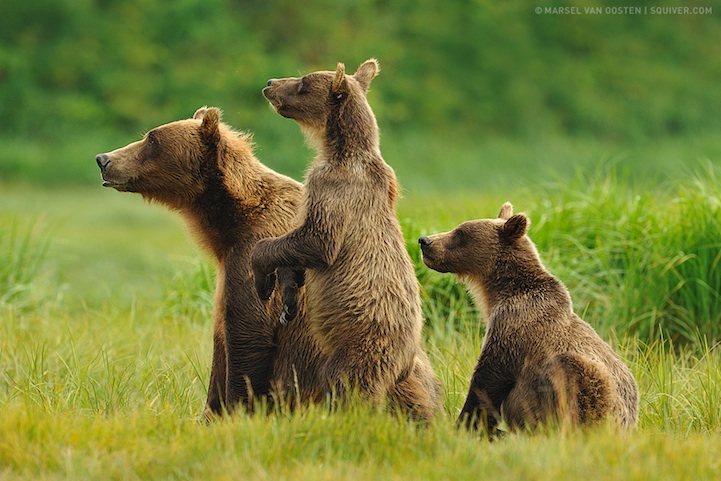 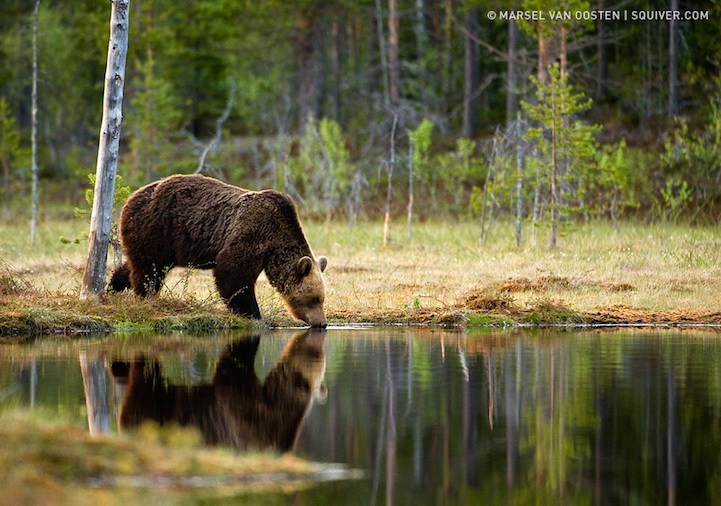 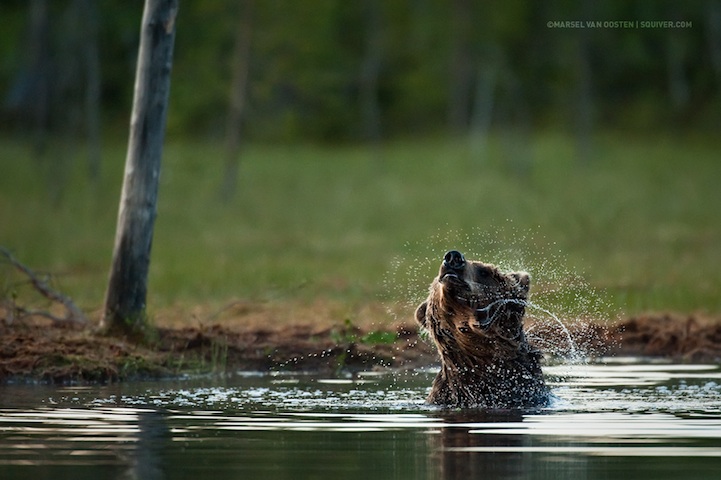 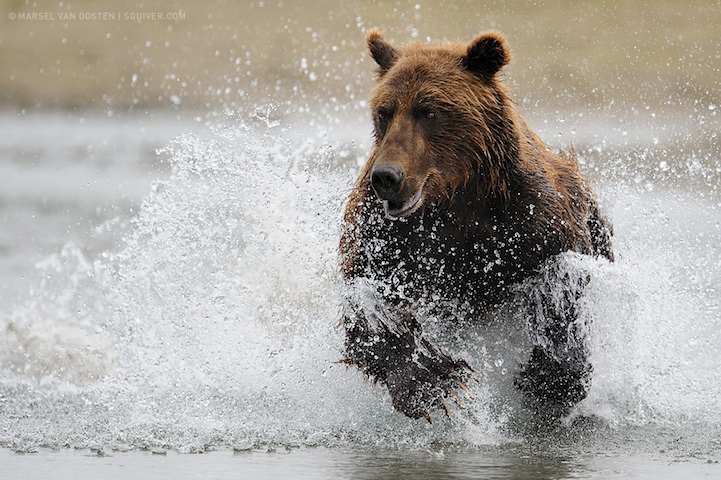 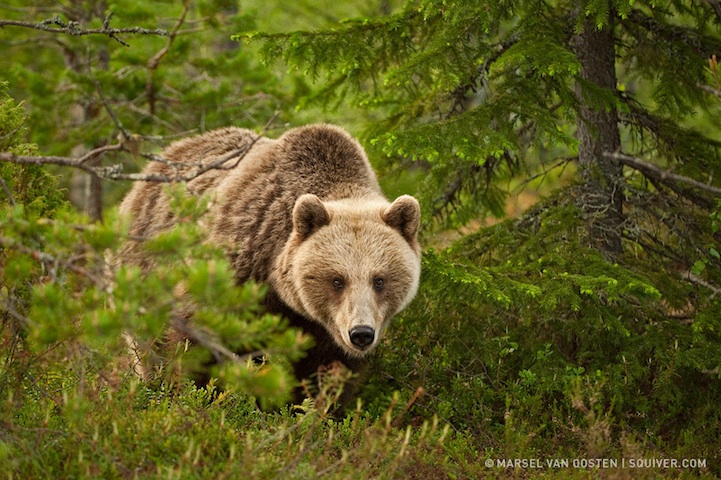 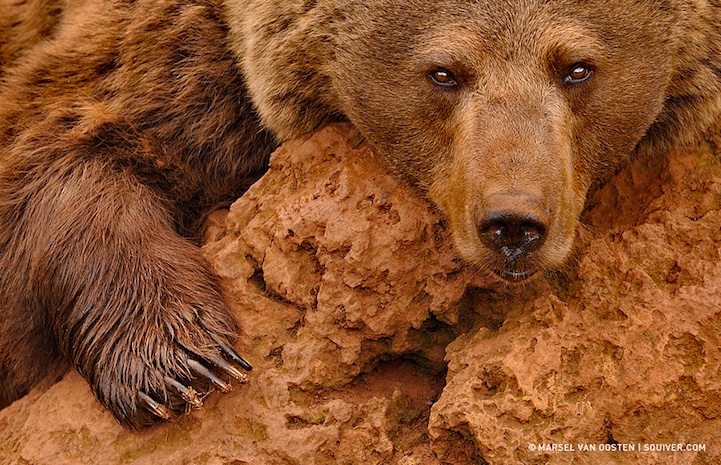 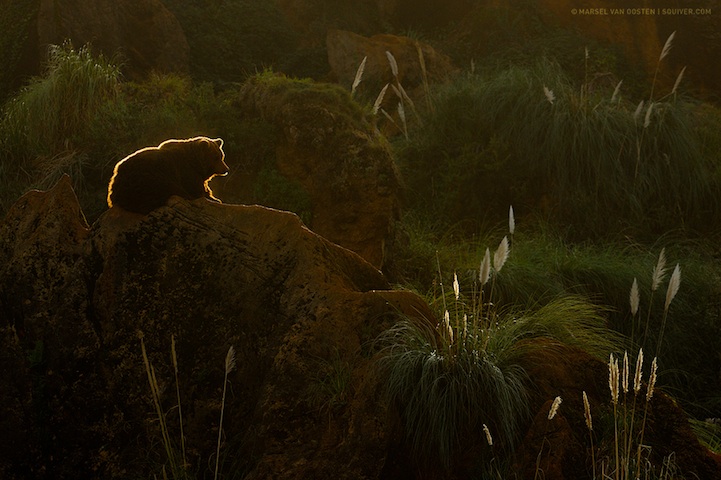